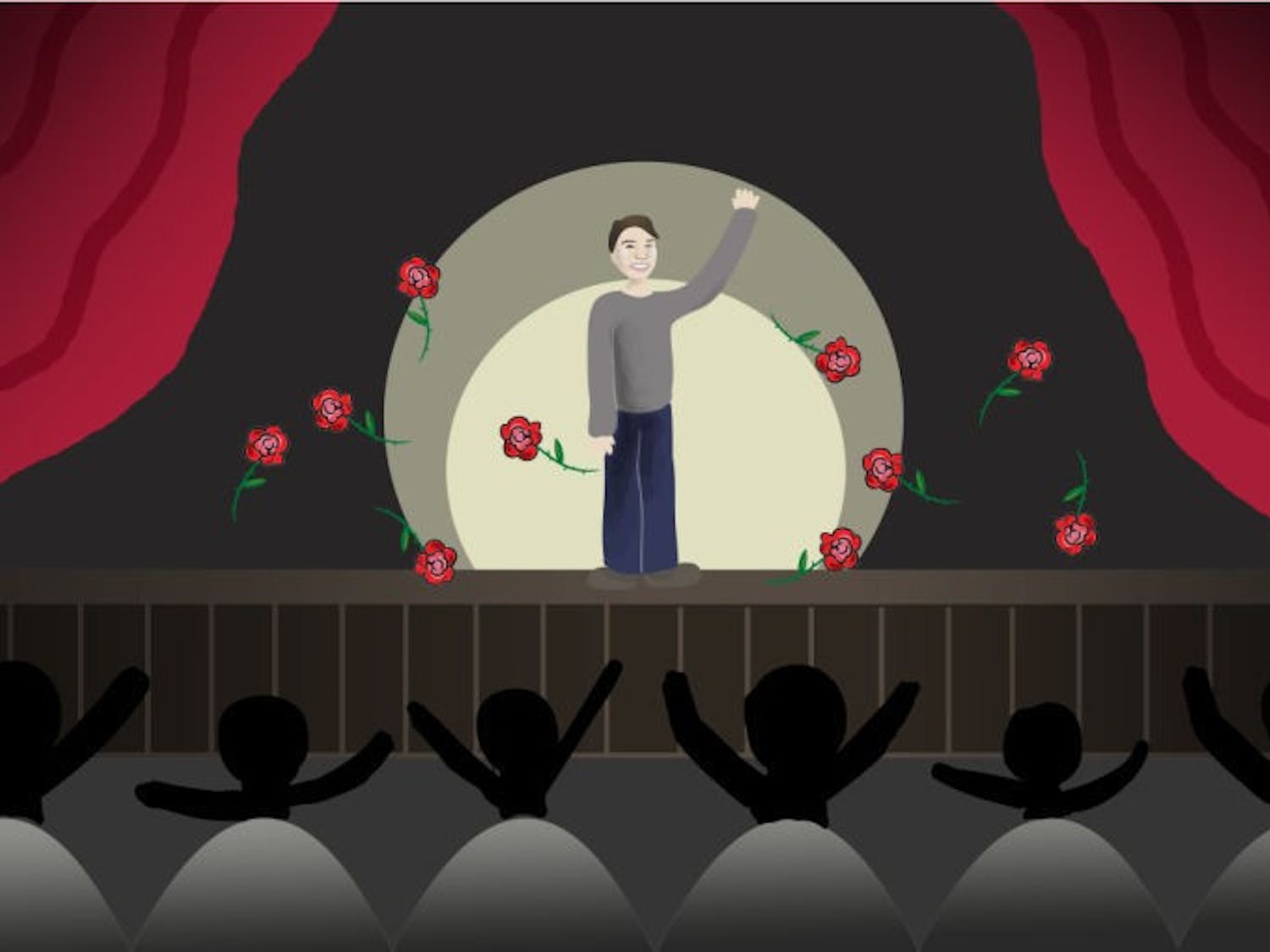 So… This is my last article for The Daily Cardinal. Ever. After this one you will no longer see By: Michael Voloshin in this new publication. No, I’m going off to do bigger and better things (or at least relatively the same). So I thought for this last article, we could rehash the memories. Let’s look at some of my favorite articles, lines and comments through the years, with one of my favorite shticks: an award show! 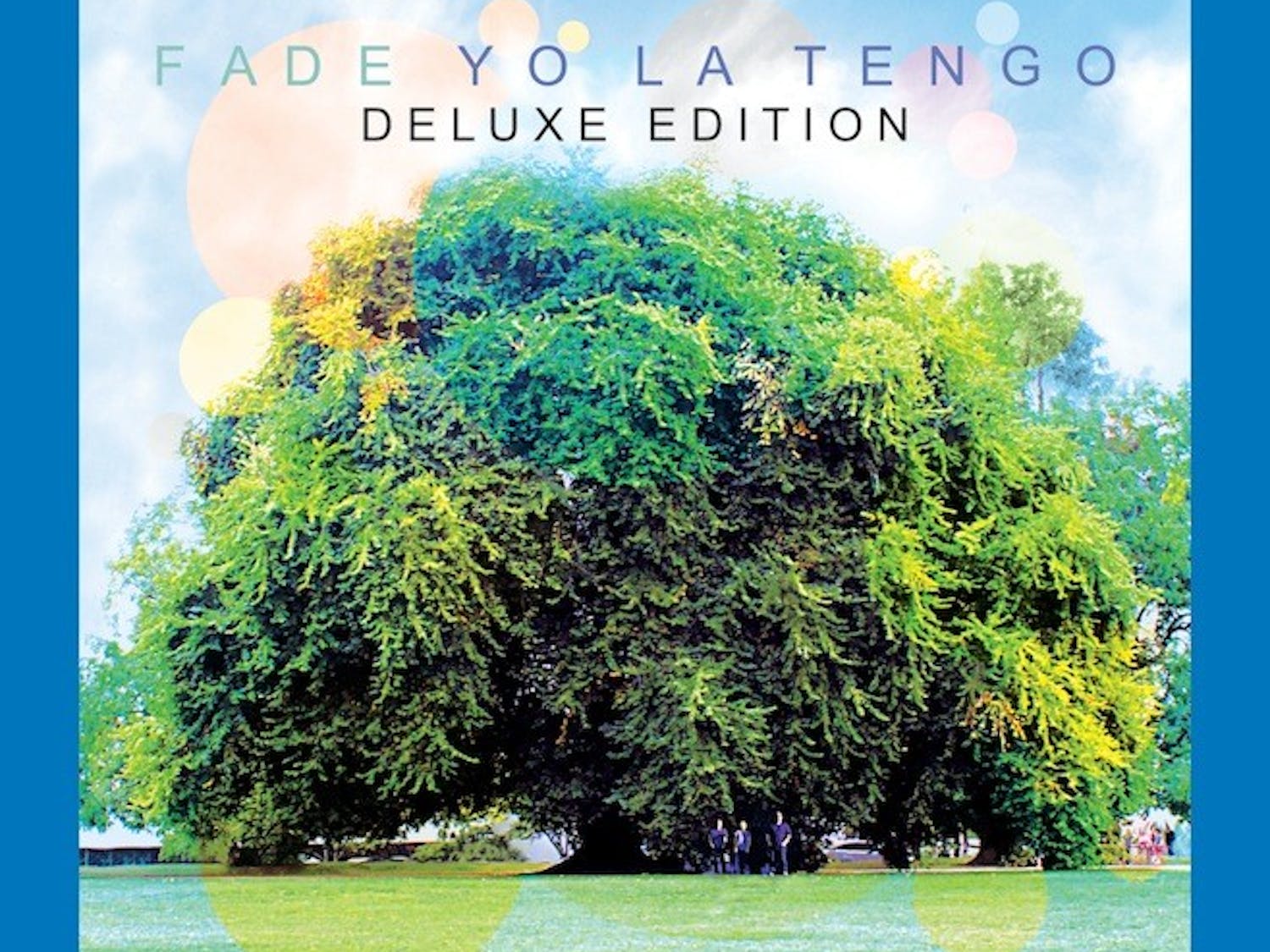 Three decades into playing a significant role in the rise of experimental indie rock, Yo La Tengo has still not tired of making good music. The trio of Ira Kaplan, Georgia Hubley and James McNew have found success once again on their 13th album, Fade, out this past January, with a deluxe version released in November. 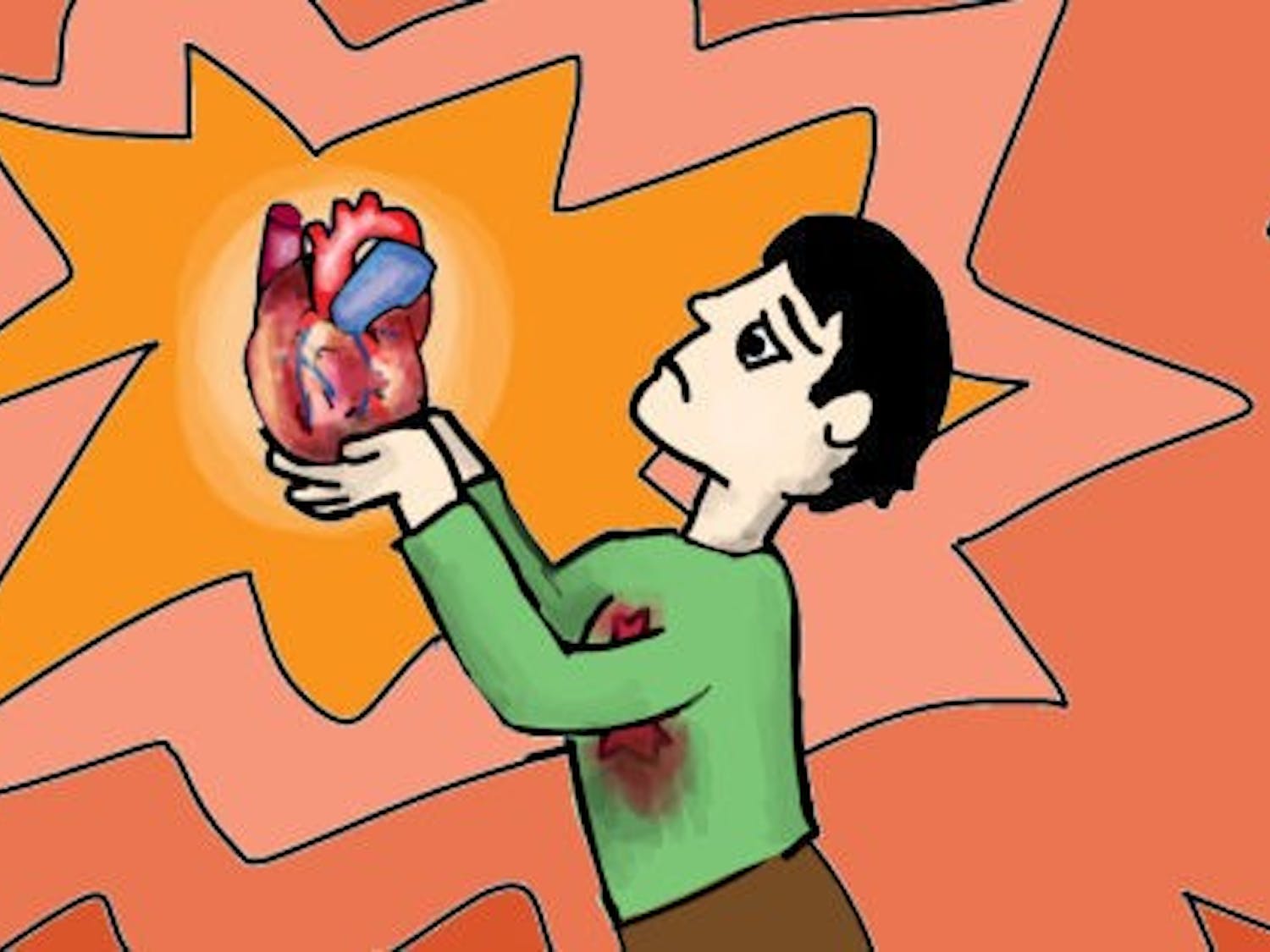 You're killing him, reader!

Hi everyone, I’m feeling under the weather today, so instead of writing a whole article about things, people and ideas I hate, I thought we could just you know, talk. Like, one-on-one. Me and you, the reader. 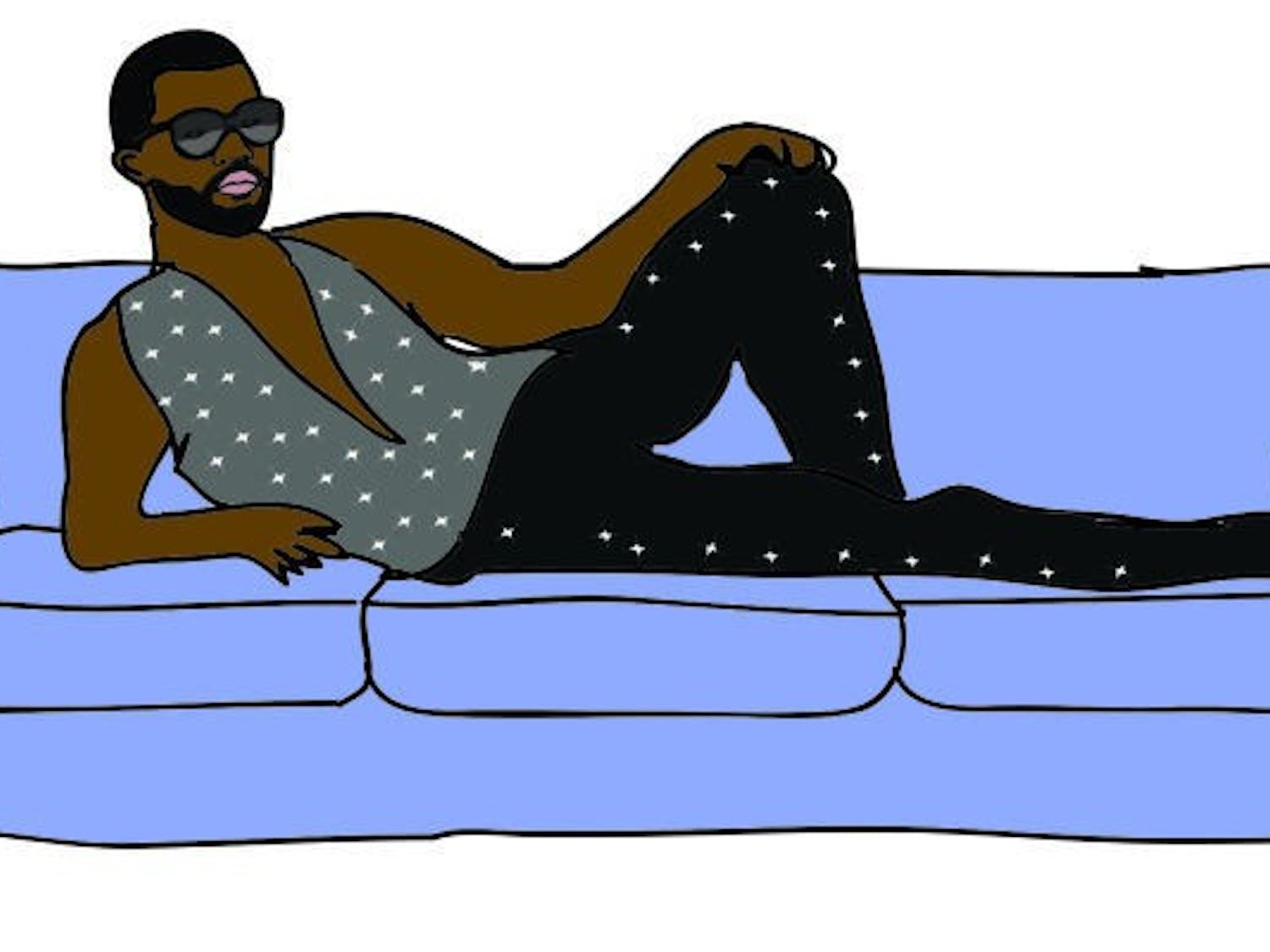 Douchebags and their art

Orson Scott Card is most definitely a douchebag. His hateful speech toward gay people and gay marriage is one of the most disappointing things I’ve seen as a fan.  And yes, I am a fan. “Ender’s Game” is my favorite book in the world and has made me into a science-fiction aficionado.  My affliction between Orson Scott Card the writer and Orson Scott Card the human is a very tense derision within myself. Should I spend $12 or so to see “Ender’s Game” in theaters? (For all intents and purposes, let’s assume this movie is a good, true representation of the classic that is “Ender’s Game”… although I highly doubt it.) Although the book and it’s characters have shaped my views on war, bearing children and how to be a good person, I don’t know if I want to support someone whose ideas about humanity and love are so different than my own.  Here asks the question, can we support artists if we don’t like them?  Let’s bring in the definition of enigma that is Kanye West. Kanye is a musical genius; his evolution from the thinking man’s rapper to beat-producer extraordinaire to now self-referential asshole has been an unsurprising climb for the world of entertainment’s most polarizing figure.  I used to defend Kanye to everyone. I said his brilliance in music would overtake any of the asshole behavior for which he was known.  Sure, he said, “George W. Bush doesn’t care about black people” on live TV, but have you heard The College Dropout?  (Homework assignment: go back and watch that Kanye West-------Mike Myers disaster again. Kanye sounds so unsure of himself, like the whole time he’s just thinking, “I’ve got to say something!” Knowing today’s Kanye, it’s fascinating to see the most confident man in hip-hop be so self-conscious and awkward. It’s almost endearing.)  At some point, I won’t be able to defend all of his Twitter wars, fights with paparazzi, marriage with a Kardashian or constant belief he is God (although we have no proof that he isn’t and I won’t say he’s not until I get that proof).  If Kanye releases another vanity project like Yeezus or another album in which he just sings in auto-tune or another G.O.O.D. Music album that lets Big Sean be the MVP, then I probably won’t be a fan anymore. But those are extreme examples and I doubt I will ever not love Kanye, the artist. If I buy his album, the money he receives will go toward his fashion line or new album or Gucci clothing for North West.  But if I go see “Ender’s Game” in theaters, the money Card receives could go into more anti-gay marriage efforts. Remember, Card was one of the largest donors in favor of Prop 8 in California in 2008. And although nothing in the film and the book are anti-gay, the omnipresence of the author that gave them both life is ever prevalent.  The fear that Card’s own homophobia hurt the film was so present that the producers reached out to Gay & Lesbian Alliance Against Defamation to see if anything was homophobic (nothing was) and Card himself came out and said his political views shouldn’t dictate whether or not people see the movie. Even with these efforts, “Ender’s Game” has only made a domestic gross of $53 million compared to its $110 million budget.   Can we separate the art from the artist? I think so. What’s important is the text, how it makes us feel and how it makes us think.  The artist is known to hate his art. Think about Hideaki Anno who believes his work on the anime “Neon Genesis Evangelion” is just derisive dribble and that the people who enjoy it should get a life. The artist is also known to ruin his or her art with useless sequels and adaption (looking at you, Eminem, with The Marshall Mathers LP 2).  Finally, the artist is known for killing himself or herself because he or she doesn’t like those who enjoy his or her work anymore.  Why should we care about the artist when most of them are interested in money over anything else? If an artist wants to lose some fans because of the inaccurate beliefs that they hold, so be it. But I will still read their books, listen to their music and support their ridiculous god complex. But I’m probably just going to rip it from the Internet for free instead of contributing with actual money. Did you enjoy this article even though Michael Voloshin is an asshole? Do you find Kim Kardashian as annoying as DeeDee from Dexter’s Lab? Then send your emails to mvoloshin@wisc.edu. 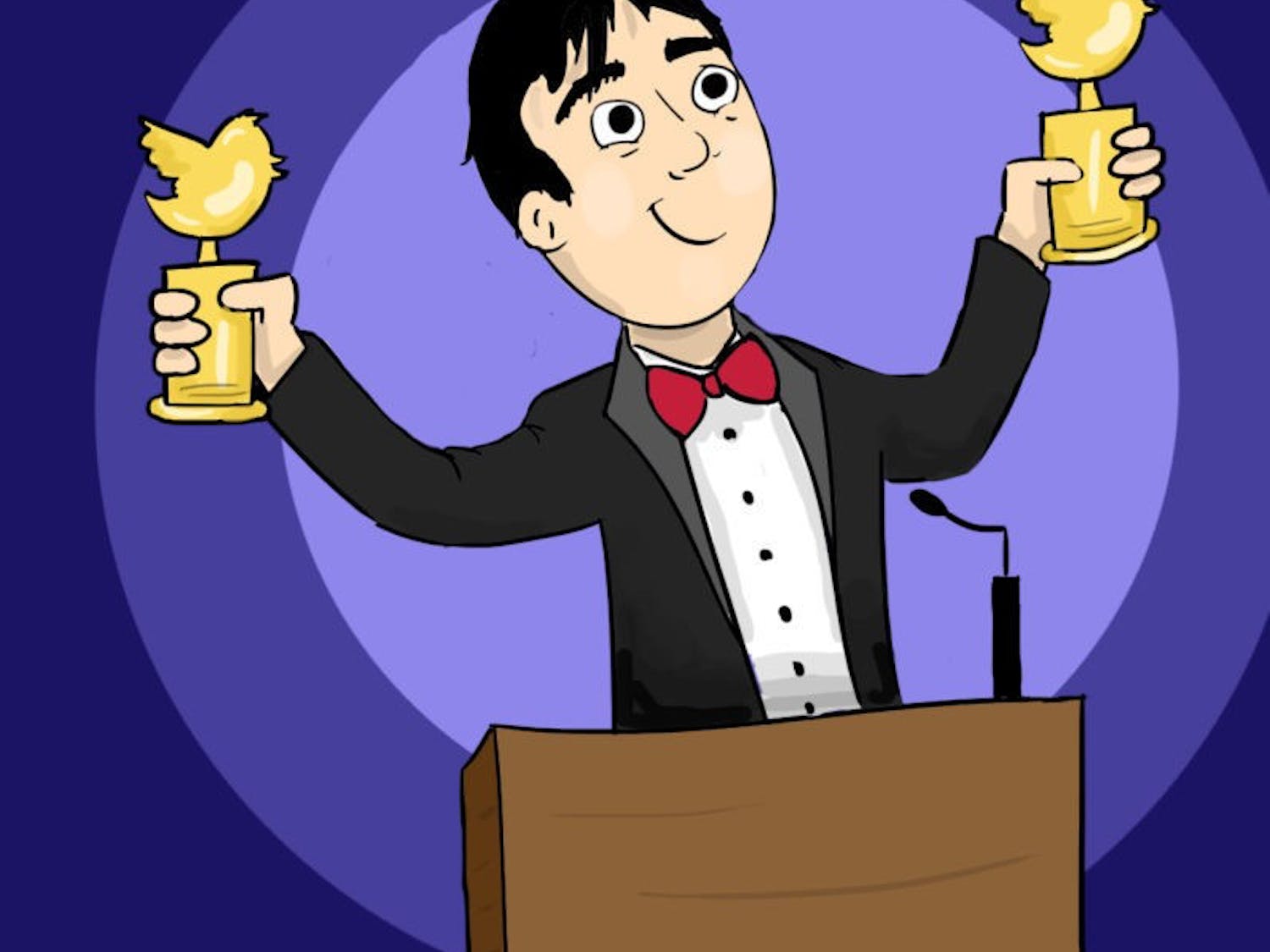 On Dec. 22, 2013, I will be walking down the aisle in the Kohl Center wearing a sort of dress, shaking hands, smiling for pictures and mostly just being happy for being done. Don’t get me wrong, I’ve loved my three and a half years here at the university, but when the finish line is so close, it’s tough not to salivate at the chance to cross it. 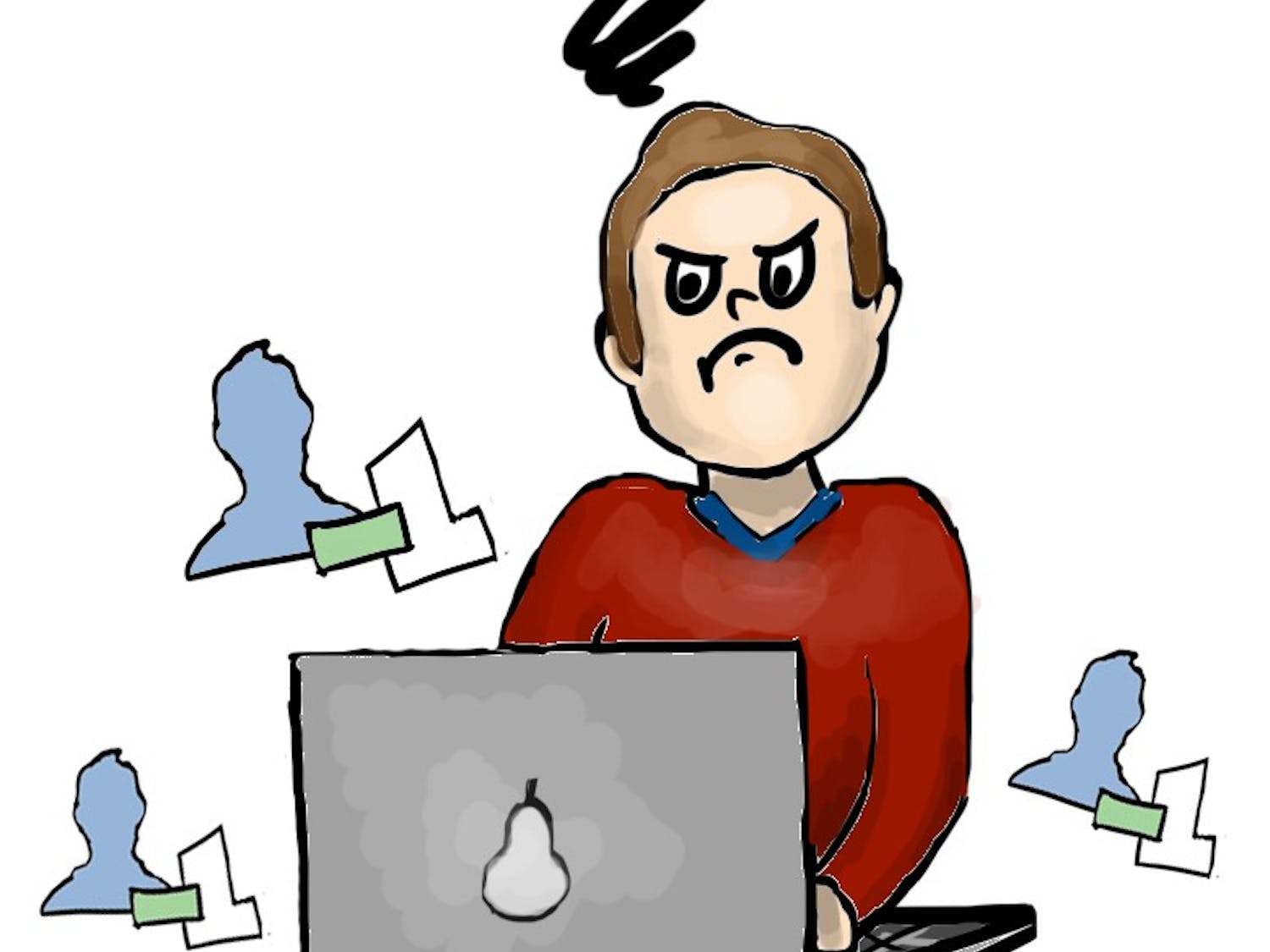 As you will recall if you read Page Two week to week, semester to semester, a columnist named Adam Wolf and I shared the page each Wednesday last year. While I tried to change my subject matter week to week with interesting and funny observations about life and media, Adam had a consistent set up in which he could write his article in 15 minutes and reap all the rewards that a successful Page Two columnist deserves: girls, money, fame, delusion. Now that Adam is presumably dead or graduated, I thought I would write my tribute to him and his infallible column. This is my Wednesday Morning Hangover.

Justin Timberlake’s album, 20/20 Experience, was a critical success and return to form for one of pop music’s premier entertainers. JT’s album did well with critics, long-time fans, teenage girls, twenty-something women, older women, really older women and Elliot, who hates everything. But there was one group of people who loved the album and surprised everyone else, and that was the hipsters. 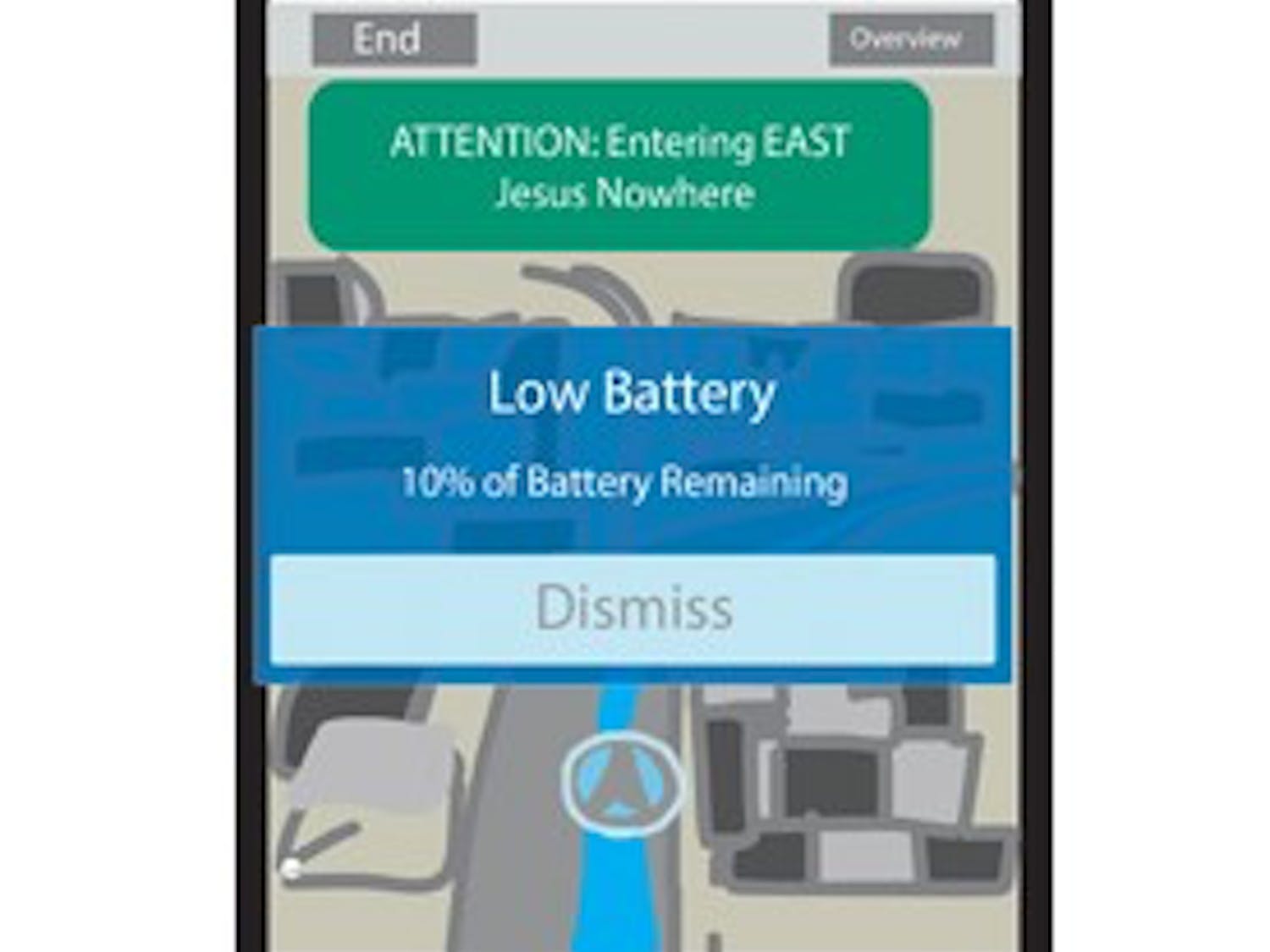 Internet celebs, or are they...

Let’s play a fun game. It’s guess who has more Twitter followers. Simple, right? Let’s begin. First off, Aaron Paul of “Breaking Bad” versus YouTuber PewDiePie. If you guessed the Internet guy, then you’d be right. Alright, how about adorable munchkin Ellen Page vs. YouTube celebrity iJustine? iJustine has three times as many followers.