Paving the way for future generations

At UW-Madison, located directly between two lakes, it’s difficult to ignore the close relationship the university, its staff and students have with the environment. Last summer’s catastrophic flooding was a wake-up call for many that Madison’s climate is changing, whether we’re ready for it or not.

On one April day people broke out their shorts and sandals when temperatures rose to 70 degrees, only to put on their winter parkas again two days later. Local climate phenomenon like this as well as flooding put the climate at the forefront of Madisonians’ minds. The environment also became prominent in local and national politics — with news popping up daily about the proposed Green New Deal and a newly elected Madison mayor and Wisconsin governor who both prioritized environmental policies in their campaigns.

Awareness is growing and conversations are shifting about climate change and the environment, both in classrooms and courtrooms, so we felt it was time to provide readers with further information about the very air we breathe.

Climate change has become a political issue, with some people debunking scientists’ claims and others throwing out facts about the warming earth. The research and knowledge of sources within this issue argue for the latter — climate change is real, and change needs to happen. Esteemed scientists, young children and everyone in between have taken into account the wild forecasts and changing faces of politicians and are pushing for changes in order to leave an improved climate behind. We hope this issue reaches all types of people and answers lingering questions surrounding a topic turned into a political debate point.

This Action Project, Greener Future, aims to inform our student body of sustainability measures happening on campus, what climate change education is being taught in classrooms across the state and how the environment impacts humans’ physical and mental health as well financial stability.

As you read our content, whether in print or online, be sure to think about what you can do to minimize your impact on the environment around you and get others to do the same.

We’ve got one Madison, we’ve got one planet. Let’s not wait until it’s too late to do something to make sure they’re here to stay for generations to come. 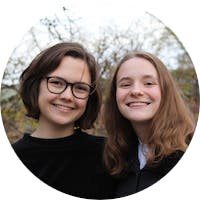