In 1970, The Daily Cardinal published a women’s issue under the direction of a female editor-in-chief, Rena Steinzor. Nearly 50 years later, two women are at the helm of the paper, leading a predominantly female staff. With that, and in the wake of 2018’s Year of the Woman and the ongoing prominence of the Women’s March, there’s no better time for us to revive the issue with a modern take.

To do that, we talked with some women who paved the way for current female editors. Eileen Martinson Lavine served as one of the Cardinal’s first female editors, holding the position in 1944 to 1945. At 94-years-old, she still edits a magazine. Allison Hantschel carried the Cardinal into post-grad years, where she wrote a book about the paper’s 100-year history, detailing the months during her tenure that the Cardinal ceased production. Of course, we brought Rena back to rewrite an editorial published in the 1970 issue, but with a 2019 lens. We wouldn’t be writing these words if it weren’t for these women, and the many other female Cardinalistas, that came before us.

While women are triumphing — running major universities including ours, heading police departments like UW-Madison’s police, leading STEM research, thriving in athletic departments, advocating for social justice — 2019 is also a difficult time to be a woman. Lavine said when she attended UW-Madison, sexual assault didn’t happen, or at least wasn’t discussed and certainly not reported on. Now, it’s alarmingly common to hear stories of assault typically against college-aged women.

Women’s rights, ranging reproductive health and pay rates, still fall short and are a highly politicized issue rather than a human one. Though the climate for women has drastically improved in the past 50 years since the original women’s issue published, there are still many hardships and circumstances that haven’t evolved with the times that we want to acknowledge.

We recognize that the issues facing women spike for our LGBTQ+ peers, particularly those falling along or outside the gender spectrum. That’s why we recognize the “women’s movement” is not just for cisgender women. Gender as a concept is shifting and the fight for equal rights is fought by all historically marginalized identities. This issue — the strength and struggles we share — is for all of you.

Enjoy words from women who’ve seen it all, and young women emerging in society as equal footing gets closer. Read about the strong women leading our world, and the issues persisting since 1970.

Women are powerful; we’ve persisted throughout centuries. Now listen to what we have to say. 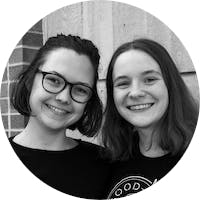