In 2000, a Daily Cardinal reporter discovered that the University of Wisconsin-Madison had photoshopped a Black student onto the cover photo for the 2001 to 2002 undergraduate application in an attempt to catch the “spirit” of the school.

The attempt to add diversity in the post-production process was quickly caught for a number of reasons. The student added to the photo, senior Diallo Shabazz, still attended the university, and the photoshop job was pretty rough. Not to mention, UW-Madison keeps a lot of its public relations photos online, which left a trail that any super sleuth, or “Spot the Difference” fans, could easily follow. Yeah, it was embarrassing.

It’s been 22 years since that happened. Twenty-two years! And yet, to this day, we hear from students of color that they feel that university photographers go out of their way to take pictures of them and their friends. On the flip side, the opposite is true. Who could forget the homecoming video in 2020, which proudly touted a student body representing “127 countries and all 50 states”... but featured no students of color.

The images we are shown to promote the university, the photos that come with admissions booklets, press releases, calendars… we get the feeling that they’re not accurate — and let’s face it. Our trust has been tested. UW-Madison’s facade, for its glossy exterior and grand mission, doesn’t feel reflective of its student body. Half of its poster childs are hiding behind $80 oversized Badgeralls and the rest may as well be lifted straight from Getty. Between a year and a half of Zoom lectures and the bustle of campus life, we so rarely get to look around and see all of “us” — our peers, classmates, neighbors and casual acquaintances — until we’re at Camp Randall about to receive our diploma.

Our rich experiences and lives are thus boiled down to what’s visible to the naked eye, forever robbing us of our identities in favor of what can be articulated on a pie chart, or worse, a scholarship essay.

And so, our March edition became the Identity Issue. We at The Daily Cardinal are taking a step back to try to represent the student body openly and honestly, and interact with our surrounding city by highlighting the voices we might forget about. We’re going to talk about the relationship between food and identity, the struggles that Indigenous students face, the history of race and racism in UW Athletics, the open mic night scene on campus and how to “find yourself” in college. One reporter dug into the details of how our next chancellor will be chosen and another reported on the return of Pride Prom to UW-Madison.

You’re not going to find articles about the state legislature or Madison city council here. This one’s about us. I hope you see your roommates, friends, and, most importantly, yourself on these pages. In the most cheesy, cliche way possible: If you want to be a badger, come along with us.

If you want to be a Badger, just come along with me,

If you want to be a Badger, just come along with me,

By the bright shining light of the moon. 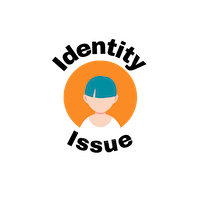 This action project was created by The Daily Cardinal editorial staff.