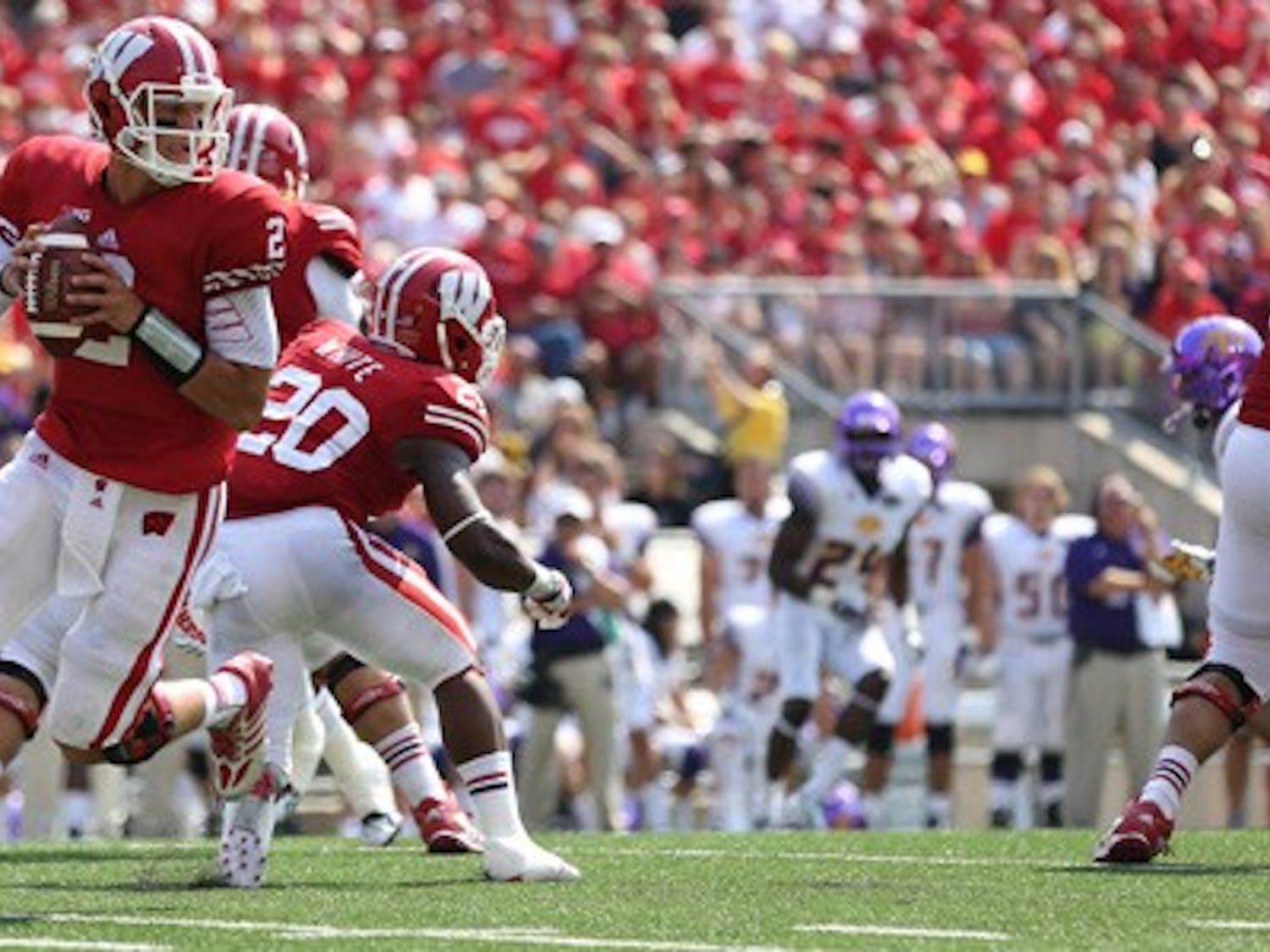 The Badgers expected to win.

All eyes are on new head coach Gary Andersen this Saturday as the Badgers host Tennessee Tech at Camp Randall Stadium. 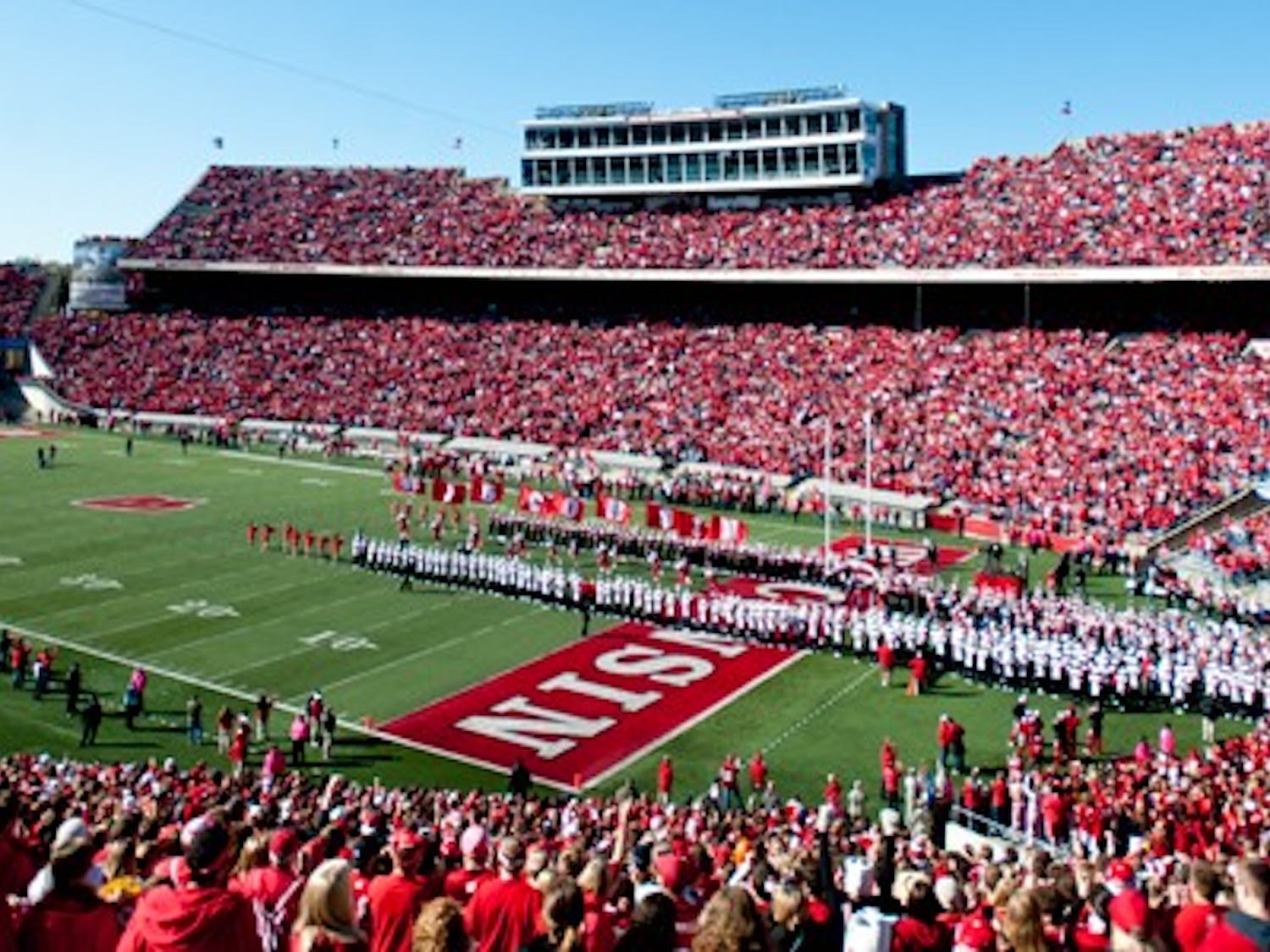 Improvements to come for food and beverage services at Camp Randall

The company in charge of selling food and drinks to Badger fans has promised to make improvements for Saturday’s football game against Tennessee Tech, such as adding more than 100 beverage vendors in the stands, according to the Wisconsin State Journal. 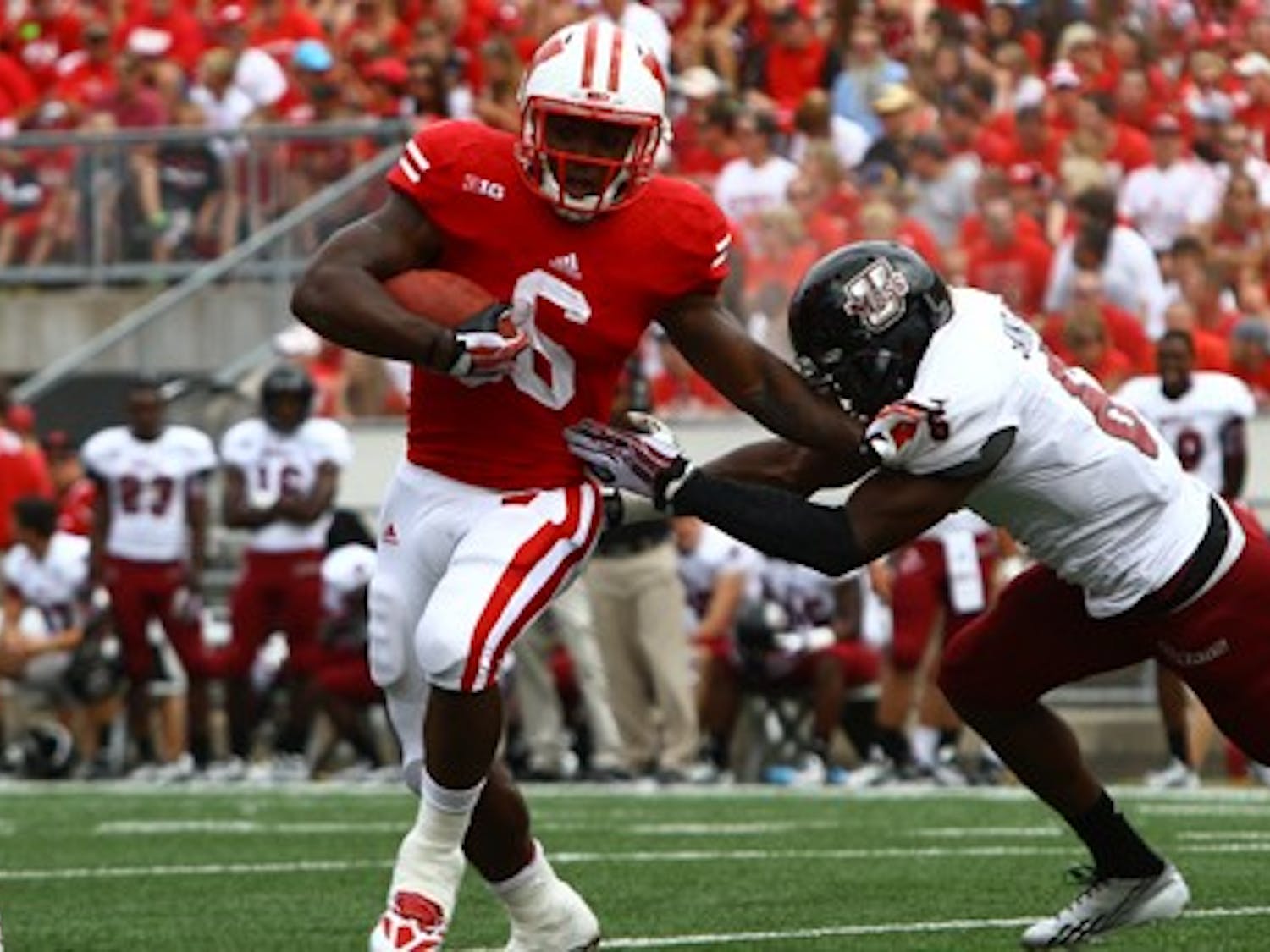 For every change the Badgers made this offseason, it looked like Wisconsin used the same old winning recipe Saturday as first-year head coach Gary Andersen used a strong rushing attack to lead the way in a 45-0 victory over Massachusetts.

Badgers to open 2013 football season against University of Massachusetts Amherst

After three straight Big Ten championships and three straight Rose Bowls, No. 23 Wisconsin looks to extend its winning tradition under the helm of a new head coach. With an 8-6 record in the rearview, the Badgers open up the 2013 season with a home matchup against the University of Massachusetts Amherst.

University of Wisconsin-Madison Badgers quarterback Tanner McEvoy returned to the team after he was hit in the head and mugged downtown early Sunday morning, according to a Wisconsin Athletics statement. 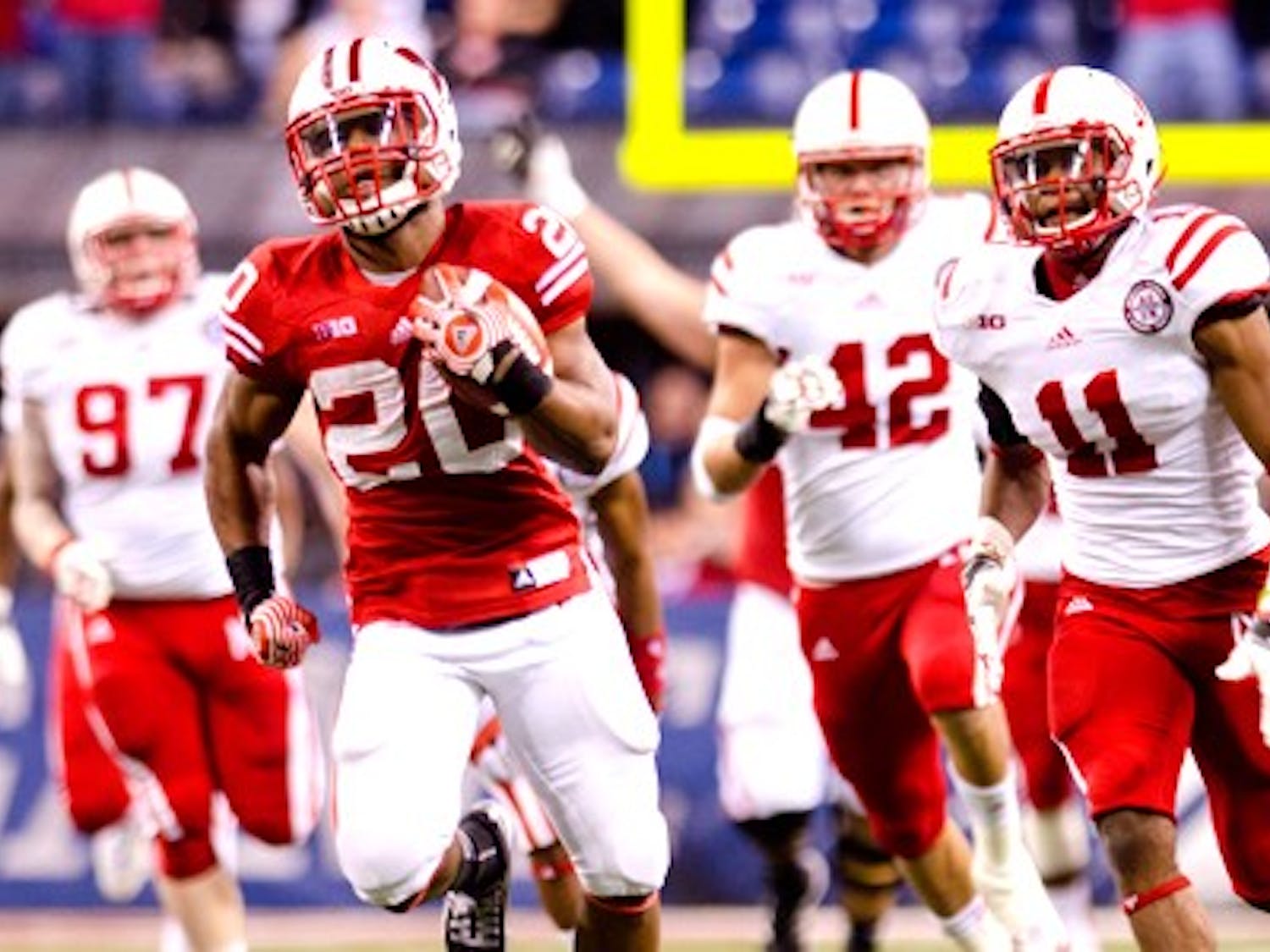 Summer is normally a barren wasteland for Badger sports, where fans wait patiently for the first day of football season. With all the recent success on the gridiron, everyone is wondering: How will the Badgers fare this year? 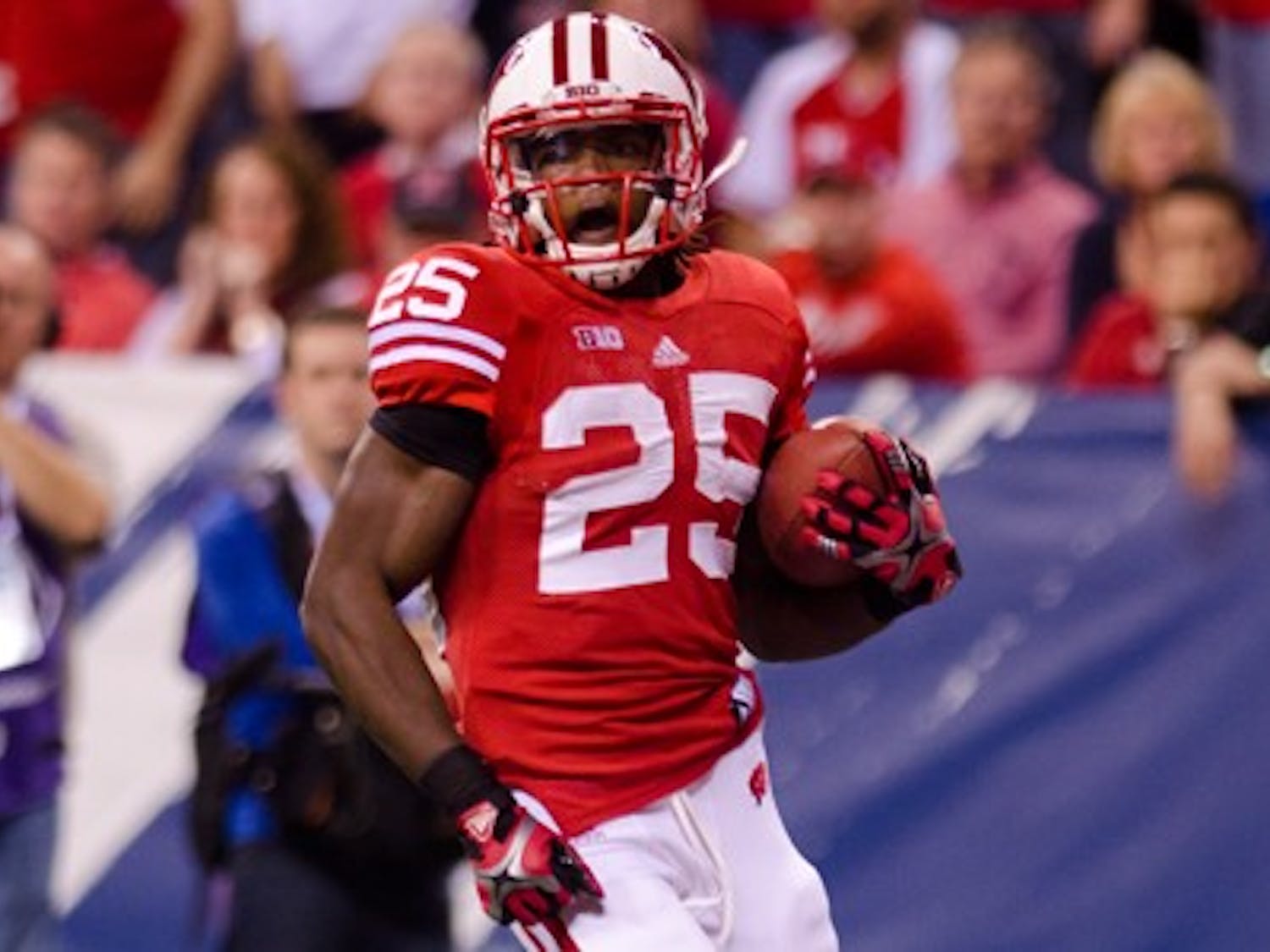 Most college football programs around the country would be more than pleased with a proven running back like senior James White. However, as alluded to in Wednesday’s feature, the running back tradition at Wisconsin is unlike any other, as redshirt sophomore running back Melvin Gordon is a guy who could start at almost any other Division 1 program. 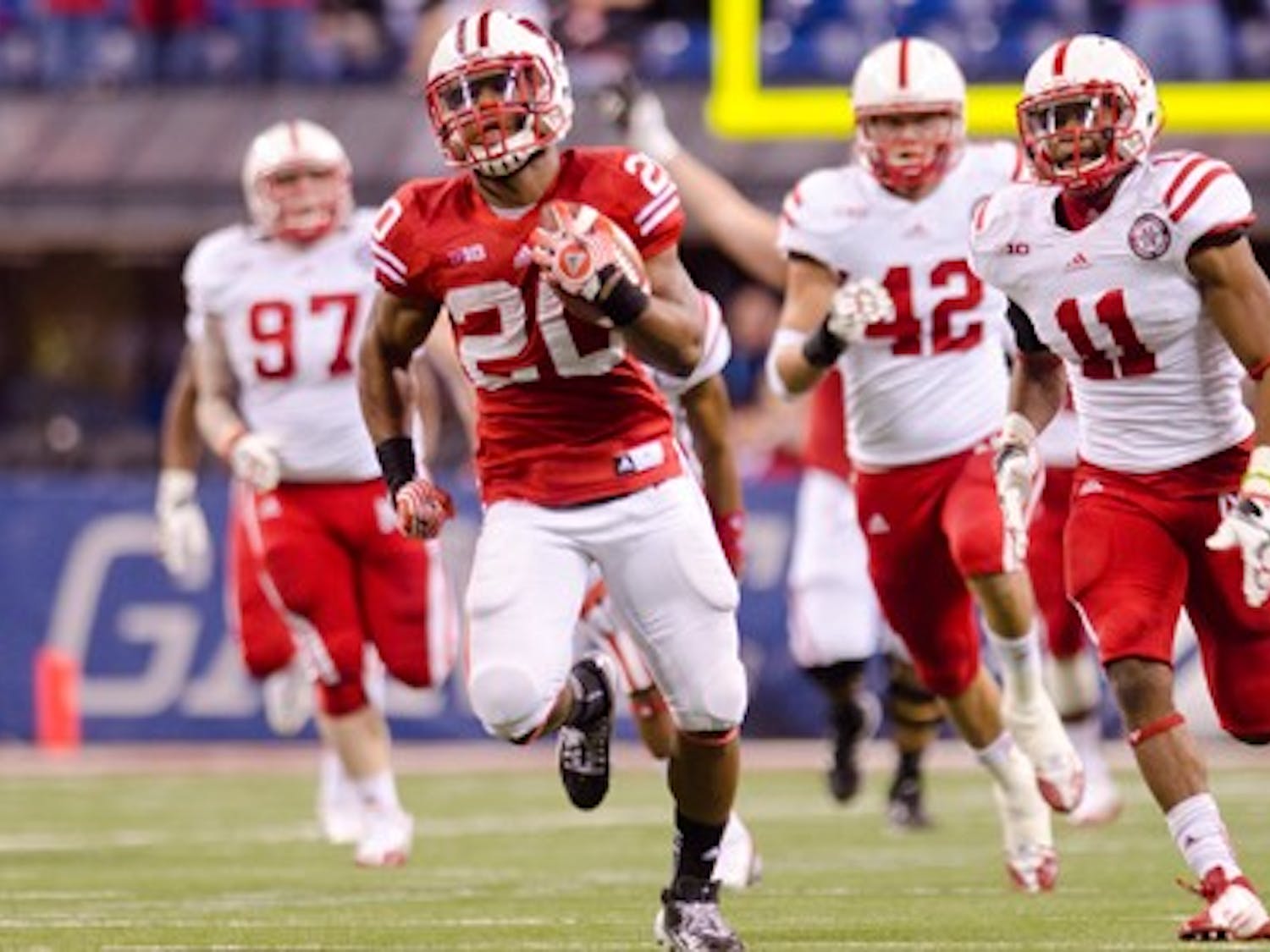 Ever since Wisconsin athletic director and former head coach Barry Alvarez paced the sidelines, the Badgers have established themselves as one of the premier running teams in the country. A massive offensive line coupled with athletic yet powerful tailbacks have led the program to six Big Ten championships and as many Rose Bowl appearances since Alvarez’s arrival in 1990. 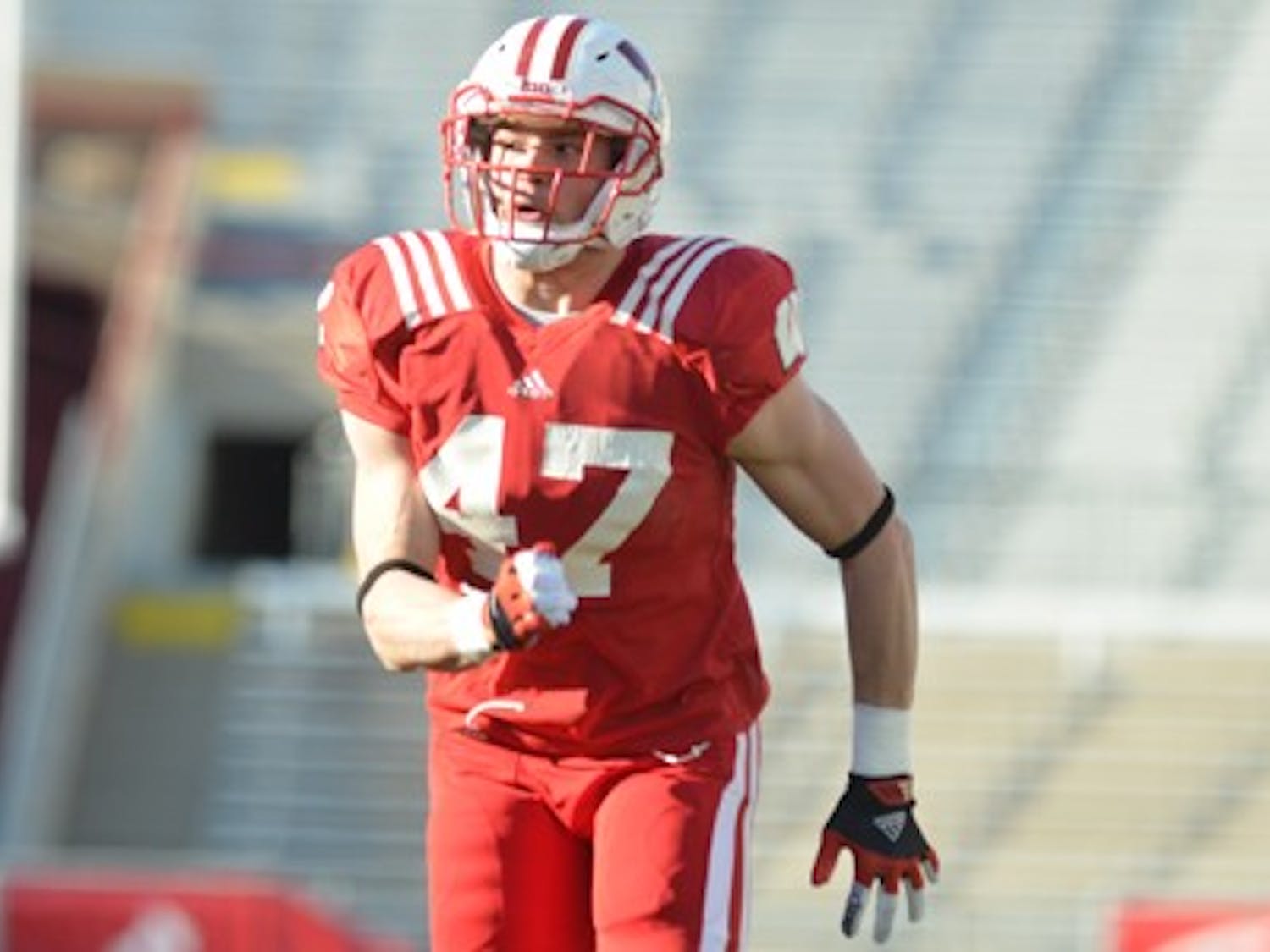 With unfamiliar faces and a new formation, the Wisconsin defense won Saturday’s spring game by a score of 61-47 on Saturday. 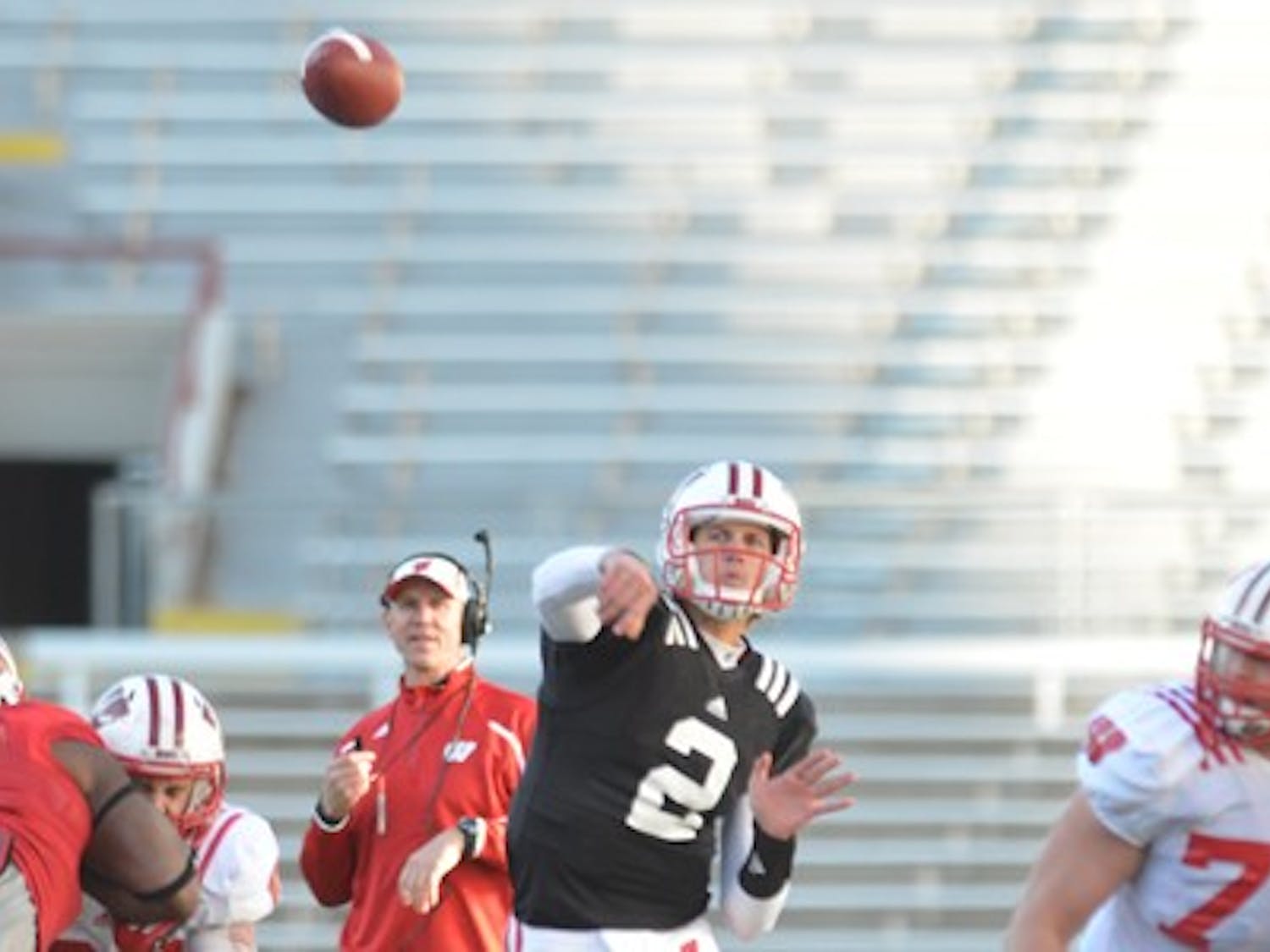 Despite some occasional bursts of production, the Badger’s White team (offense) fell to the Cardinal team (defense) in Saturday’s Spring Game by a score of 61-47.

The Badgers’ football team, under first-year head coach Gary Andersen, will sing “On Wisconsin” after every game. Win or lose, home or away, Andersen says he owes it to the fans to put on a show.

Press conference: Wisconsin gears up for spring game, other competitions

Wisconsin head coach Gary Andersen spoke with reporters Thursday in a Big Ten teleconference and addressed the team’s progress so far this spring.

The defense was, by far, the highlight in 11-on-11 live action, especially on the third-down drills. By my count, around half of the plays were tackles for loss. 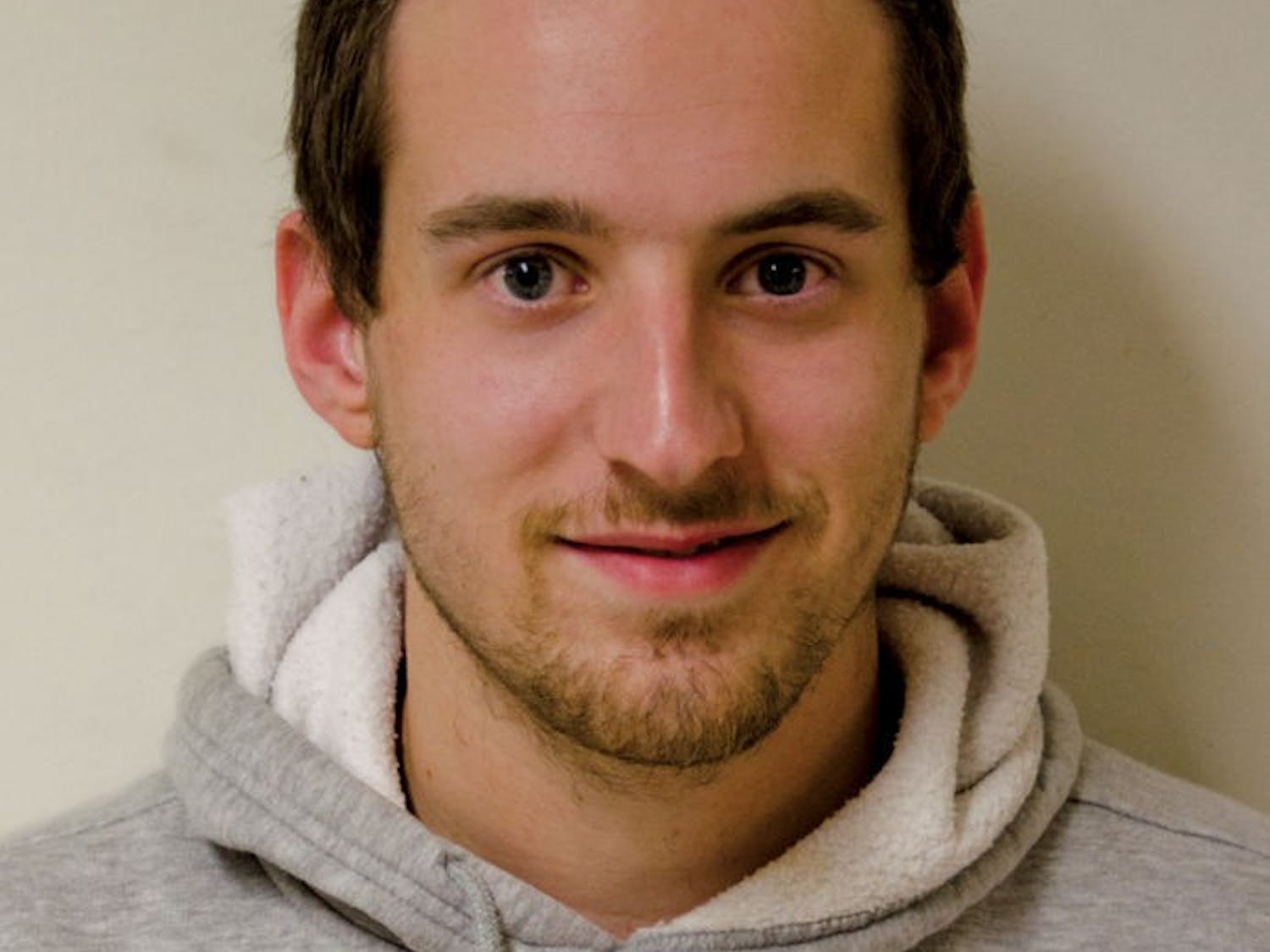 Column: Scheduling the Crimson Tide a step in the right direction for UW football

As the Wisconsin Football Twitter and Facebook accounts hyped a “big” announcement Wednesday, endless possibilities roamed through my head. Would the program unveil a new alternative Adidas jersey to be worn next year? Would it officially be announcing the new realignment of the divisions, distinctly playing to UW’s advantage? While my estimations were not even close in stature, the announcement to fans should be much more monumental in value than the football program initially alluded to. Per a UWBadgers.com press release—the “big” announcement—Wisconsin will kick off the 2015 college football season against the powerful Alabama Crimson Tide in the state-of-the-art Cowboy Stadium in Arlington, Texas. What was my first impression of the announcement? It’s about time. Badgers fans have been accustomed to seeing the red and white take the field—either at Camp Randall Stadium or an away stadium—against the cupcakes of the Football Championship Subdivision (FCS) or marginal Football Bowl Subdivision (FBS) teams year-in and year-out. Dating back to former head coach Bret Bielema’s arrival in 2006, Wisconsin has been anything but challenged in its non-conference schedule. The program has a combined record of 27-1 in such games over the last seven seasons, with the lone loss coming on the road against Oregon State this past season. Moreover, the Badgers outscored their lackluster opponents by an average of three touchdowns (35.8 to 14.6) and scored over 35 points 17 times, including against all of their non-conference opponents during the 2011 season. I really never understood the essence of scheduling opponents well below a team’s caliber of play, except for the fact teams can pat themselves on the back after bullying up on a less-than-superior opponent. Sure, they walk off the field feeling high and mighty after dismantling teams like Marshall, Cal Poly, San Jose State or UTEP, but does it really prepare them for the rigors of the conference schedule? This past year, Minnesota took the route of scheduling its fair share of lowly non-conference teams, and it paid off for the Gophers in the short-term, as they owned a 4-0 record heading into the Big Ten season. Want to know how that turned out? They went 2-7 the rest of the way, including a 34-31 loss to Texas Tech in the Meineke Care Bowl. On the contrary, I completely understand the notion of Southeastern Conference teams scheduling “cupcakes” mixed-in throughout the season, especially toward the end of the season, because of the depth of their grueling conference schedule. However, they still challenged themselves to a certain extent throughout their non-conference slate. Alabama played preseason Big Ten favorite Michigan this past year in Cowboy Stadium. LSU kicked off their 2011-’12 season with Oregon and Georgia played Boise State in the Georgia Dome in the same season. While I’m sure Wisconsin fans are giddy about making travel arrangements to Arlington and finally seeing UW challenged on the field during its non-conference slate, they should be more giddy about the explicit meaning behind the Alabama-Wisconsin announcement: Things are changing for the better under head coach Gary Andersen’s regime, specifically in terms of scheduling. Planning games against superior BCS-level programs like Alabama in 2015 and Virginia Tech in 2016 will provide a respectable body of work for the playoff selection committee to refer to, should the Badgers be in contention for college football’s playoff in the coming years. Moreover, the message Andersen and athletic director Barry Alvarez are sending aligns with the common sports saying, “In order to be the best, you have to beat the best.” By in large, Alabama is currently the face of college football, having won three of the last four national titles, and it is the closest thing fans have witnessed to a football dynasty since the days of Reggie Bush and Matt Leinart at Southern California. Yet with the announcement, the Crimson Tide’s prestige did not phase Andersen and Alvarez. Both of them have made it known they want to compete at the highest level, and this 2015 matchup will serve as a golden opportunity to do just that. Finally. What do you think of UW scheduling a non-conference game against Alabama? Send Rex your thoughts in an email to sports@dailycardinal.com.

The business of ball: working and sweating for free

College football isn’t just a sport. College football is a business. With Bret Bielema, the former head coach of the Badgers, leaving a $2.7 million salary for a $700,000 raise, we’re reminded of the amount of money that changes hands. Consider that the Big Ten generates hundreds of millions of dollars per year solely from licensing of television rights and you’ll gain insight into just how huge the industry is. The television networks make millions, the advertising agencies make millions, and the coaches make millions. There’s only one group that’s left out: the players. 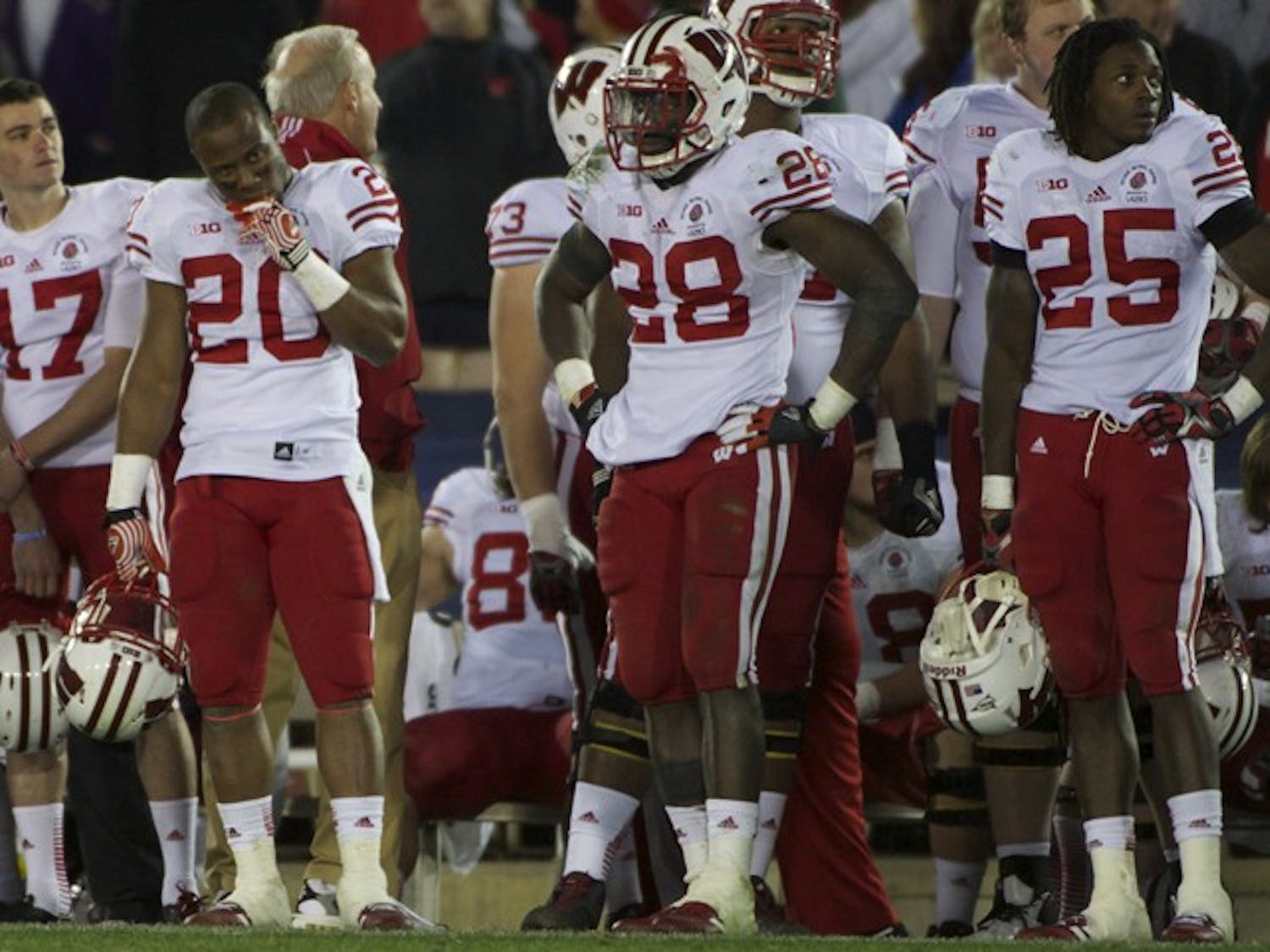 PASADENA, Calif.—Since Montee Ball announced he would return for his senior season 360 days ago, almost nothing has been predictable for the University of Wisconsin football program.