I wouldn’t say I’m a pyromaniac, but I identify as a “pyro enthusiast”. I like to be the one to build the bonfire, set off a firework or even just light a piece of paper on fire and watch as it burns away to ash. However, as we know from Avatar: the Last Airbender, fire gets a bad rap. Why is the fire nation the villain? Isn’t it just as natural as water, earth and air?

So, when I got an email from WCSB (the Wisconsin Chapter of the Society for Conservation Biology) in mid-November that included an opportunity to participate in a prescribed burn, I was interested. Prescribed burns are intentional burns for land maintenance. The fire clears out vegetation, replaces old tree stands with a new succession of plants and replenishes vital nutrients for the soil such as carbon and nitrogen. Fires are a necessary disturbance for prairies and oak savannas, the dominant native ecosystems in southern Wisconsin. However, these prairies and oak savannas are now endangered habitats due to fire suppression, which became standard practice in the 1920s in Wisconsin in response to slash fires, an agricultural technique, and threats to urban settlements. When fires are suppressed, trees grow and shade out the prairie or savanna, and the ecosystem converts into thick forest which has a higher risk of burning uncontrollably when the spark does –inevitably — catch. There is growing recognition of the danger of fire suppression policies for land, and the necessity of prescribed fires.

“There's a whole cascade that works its way through the ecosystem by improving the vigor of that one activity, because these are systems that are adapted to being frequently burned,” said Jeb Barzen.

Jeb Barzen founded Private Lands LLC, which explores methods of ecological restoration on privately-owned lands, and is an adjunct professor at UW-Madison.

I drove out to the prescribed burn at a prairie that Jeb Barzen was leading on his property in Spring Green, Wis. on a Wednesday afternoon, not really knowing what to expect. The goal that day was to burn five acres in order to clear out vegetation so there would be space to plant native vegetation in its place. I watched a couple of Youtube videos on prescribed burns in order to prepare, but I wasn’t sure if an undergraduate student with no previous experience would be allowed to start setting fire to a whole field. I pulled into the sandy driveway and joined a small circle of pyro-ecologists, others like me who were interested in environmental conservation and liked to burn things. Everyone else there had years of experience conducting prescribed burns and were excited to welcome me into their group. I got outfitted in a fireproof shirt, helmet, gloves, a radio and put on a water pack. I took off my jacket because Barzen warned me, “once the fire starts, you’ll be warm.” 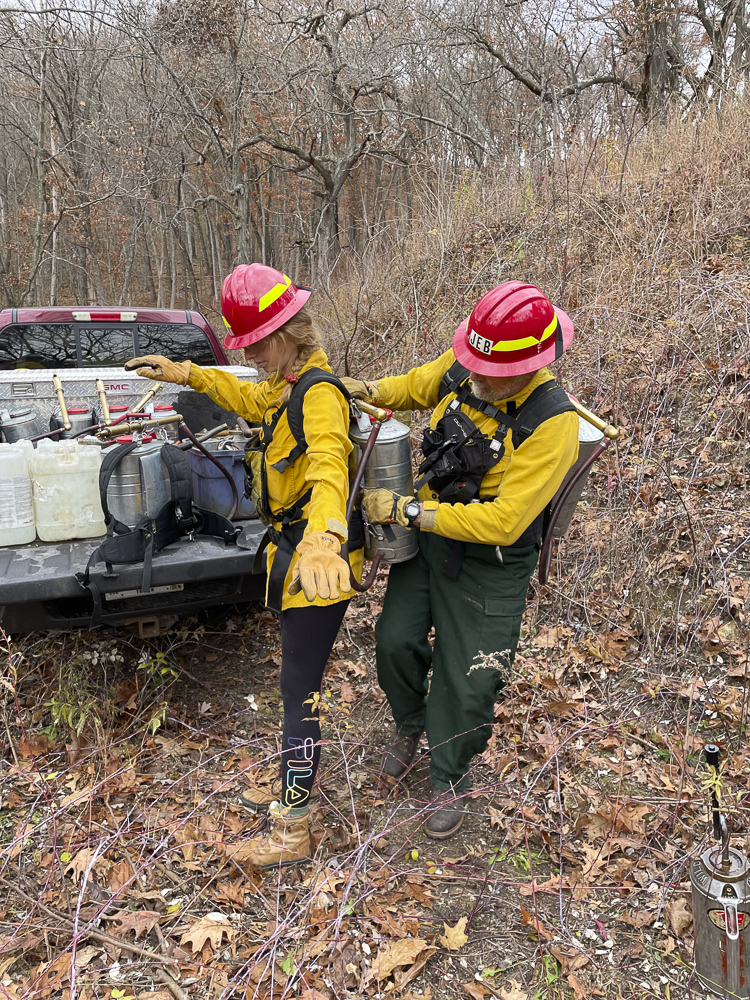 The group climbed up the hill to start the burn. I was put on a team with a veteran pyro-ecologist to burn the length of the top of the hill. At first, my job was simply to monitor that the fire didn’t go past the set boundaries, and use my boot to snuff out any wayward sparks. However, after about ten minutes, I was instructed to pick up a drip torch and begin to help set the fire itself. Soon, the air filled with smoke as the pyro-ecologists spread out, lighting any plants in hope the fire would catch. My water pack was heavy on my back as I followed the bank of a stream. Unfortunately, that day the humidity was too high, and the fire never really caught. After two hours, we ended up burning just over an acre of land.

Barzen says that according to the Wisconsin Fire Needs Assessment, less than 1% of the land that needs to be burned in the state is currently regularly being burned, but between 80-90% of ecosystems in the state are fire-dependent. Barzen believes it is imperative that we find ways to increase the amount of prescribed fires, particularly on private land. Hiring a contractor to do this is generally very expensive. One of the best ways to help, according to Barzen, is to increase the number of people, particularly volunteers, involved in prescribed fires. 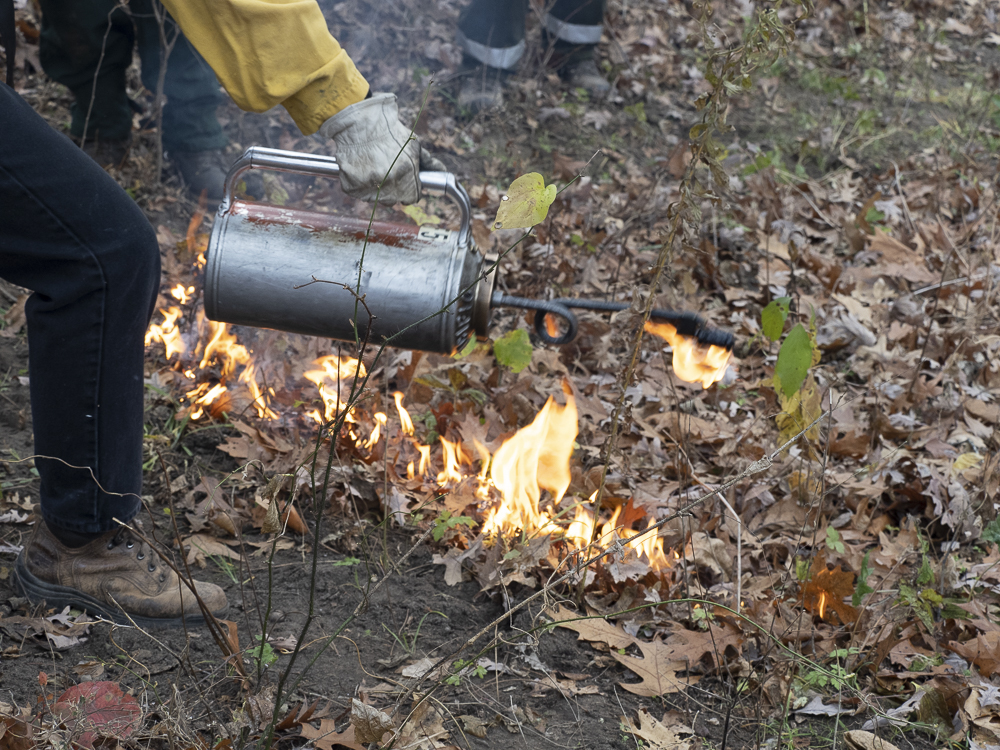 The initial line of fire being ignited by the drip torch. Photo by Marcia L. Getto, www.gettophotography.com

To this end, Barzen is teaching LANDARC 581- Prescribed Fire: Ecology and Implementation at UW-Madison for his fourth time this spring. The first half of the course prepares students with an understanding of fire ecology, and in the second half, the class gets to go out to the UW-Madison Arboretum to do prescribed burns themselves. Students are also required to do burns three separate times with organizations outside of class. At the end of the course, they receive certifications which are necessary to be on prescribed fire crews. Cole Wilson, a fourth-year wildlife ecology major at UW-Madison, took the course last spring and says that he cannot recommend it highly enough.

Wilson describes prescribed burns as an “important and underutilized tool by ecologists.” He participated in two prescribed fires outside of class with Barzen, including one where they went out to a marsh burning the tops of canary reed grass.

“I was knee-deep in water, in a huge, heavy suit while lighting things on fire… and you could hear boreal chorus frogs,” Wilson recounted.

This class inspired Wilson’s future career path. After graduation, Wilson is planning to apply to Conservation Corps positions with burns or as a wildland firefighter.

Barzen’s work is helping to bring back a community that has the knowledge and skills to perform the prescribed burns which were stigmatized, and thus erased, during colonization.

However, Barzen says that “there’s still a lot we can learn from indigenous cultures about prescribed burns … what we’ve forgotten because of … an active removal of our concept of fire as a good thing from our culture.”

According to the video Oshkigin Spirit of Fire, people indigenous to the Great Lakes region used fire as a tool to alter the environment for their advantage for a thousand years. Native Americans did burns to open up space for settlements, get rid of insects and stimulate the growth of fire-dependent species such as blueberries. However, after a deadly fire in a lumber town in Wisconsin in 1871, Franklin Hough, the first chief of the US Forest Service, promoted fire suppression in order to protect timber resources. Since then, anti-forest fire propaganda such as Smokey Bear shaped many people’s views on burning as something dangerous and harmful to a landscape.

“The more we attempt to maintain an ecosystem in a static condition, the less likely we are to achieve what we intended,” Robert Averill, a member of the forest service wrote over a hundred years later in his paper on disturbance processes such as fire.

Averill’s research showed that maintaining an ecosystem requires disturbances that alter it; land needs to go through cycles of disturbance and subsequent regrowth.

“Native Americans figured this out hundreds of years ago, while we figured it out 50 years ago,” Barzen summarized drily.

Now that we have this knowledge, we need people to help put it into action. So, put on some clothes made of natural fiber and leather boots and go join a burn crew. Fire isn’t as intimidating as you might think, and you’ll feel like a bad-ass walking around with a drip torch — 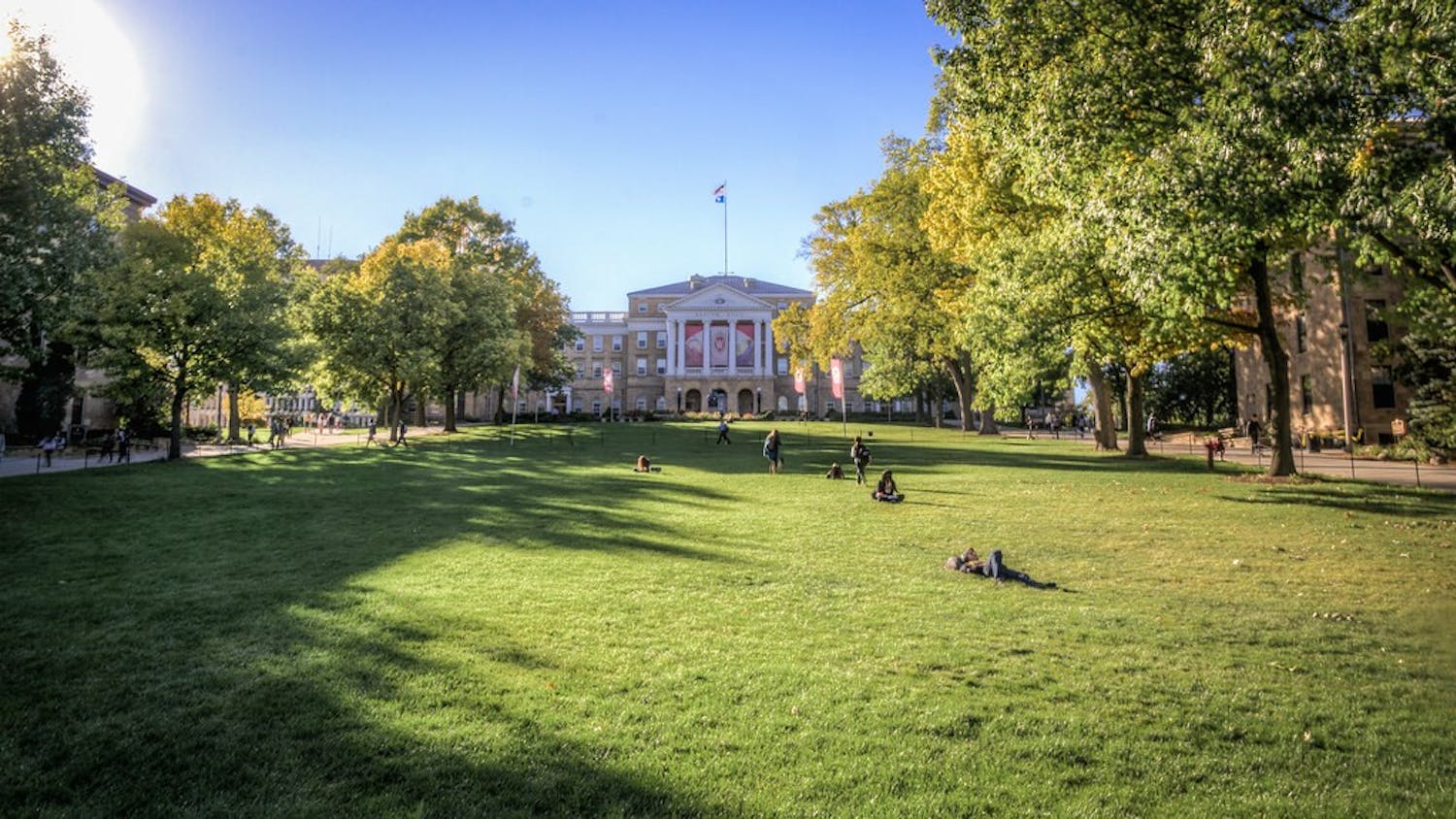