Unprecedented late summer rains led to record-high lake levels, flooded homes and more than $154 million in damage county-wide. Following the floods, county officials announced plans to fund more than $18 million in recovery initiatives and studies to prevent future flooding impacts. One of the key takeaways from the fall was that managing water flow in the Yahara Lakes is more important than managing levels of the lakes themselves when it comes to preventing future flooding. Among the strategies, one report identified sediment and weed removal and dam infrastructure improvements. A multi-year dredging campaign, which one common county official estimates will cost around $2 million, is a top priority for the city and will commence in select locations this summer.

On September 14, former UW-Whitewater Chancellor Beverly Kopper’s husband, Pete “Alan” Hill, was revealed to have sexually harassed faculty and students at the university since 2017 — potentially up to 10 women in total. In the days following, Kopper was hit with backlash from the local community, including faculty who said she created a “hostile workplace environment.” Often, staff reported feeling like they couldn’t bring their concerns forward. She sent her single sentence resignation to UW System President Ray Cross, effective Dec. 31. The investigative report found Kopper may have known about his behavior, however she said that it was “rampant with speculation.”

Quintez Cephus, a wide receiver for Wisconsin’s football team, was suspended in August after two women accused him of sexually assaulting them while drunk in April 2018. Cephus and his lawyers denied any wrongdoing and unsuccessfully moved to have one of the charges against him dropped. He has pleaded not guilty to the two counts of felony sexual assault, which carry a maximum combined penalty of 30 years in prison. The trial was scheduled to begin Feb. 11, but was delayed after the judge determined it was “not ripe for trial.” The trial is currently scheduled to begin July 29.

Campus and the community were rattled after a gunman opened fire in a Middleton office building in early September. Students responded to the violence through protest and activism, and called for tighter gun laws. Building on the youth activism that emerged in the wake of the 2018 Parkland High School shooting, UW-Madison student-led group “Our Lives Our Vote” registered more than 50,000 young voters nationally by mid-October, in an effort to represent young voters and hold elected officials accountable for what they view as lax gun laws. Later on in the fall, mass shootings in Pittsburgh, Pennsylvania, and Thousand Oaks, California, sent shockwaves through campus, and students assembled in prayer and reflection to mourn the victims of those violent incidents several times throughout the semester.

In a nail-biting election, Gov. Tony Evers triumphed over incumbent Scott Walker. The former state superintendent garnered large swaths of support from Democratic strongholds in Madison and Milwaukee. Dubbing himself the “education governor,” Evers advocated for an expansion of social programs throughout his campaign. Evers named Mandela Barnes his lieutenant governor, making him the first African-American to hold the position in Wisconsin’s history. These elections contributed to the national “blue wave,” which swept the November midterm elections. More locally, Wisconsin saw an additional unexpected power shift in the office of the Attorney General, where Josh Kaul narrowly beat out incumbent Brad Schimel. Since taking office, the three executive powers have attempted to move Wisconsin toward a more sustainable future, deeming 2019 “The Year of Clean Drinking Water.” However, tensions between Evers and the Legislature have halted communication across partisan lines and complicated efforts to pass the biennial budget.

Leading up to Gov. Tony Evers and Attorney General Josh Kaul’s Democratic takeover of the executive office, former Gov. Scott Walker called for an overnight extraordinary session, in which he and the Republican-held Legislature passed bills to limit the power of the executive branch before Inauguration Day. Their agenda included blocking the incoming governor’s ability to pull out of state lawsuits without first gaining the approval of the Legislature –– a tactic Walker employed to ensure Wisconsin's continued involvement in the multi-state suit against the Affordable Care Act. Many called the lame duck sessions a GOP power grab, and critics initiated multiple lawsuits to challenge the constitutionality of those bills. In March, a Court of Appeals judge granted injunctions to remove the lame duck laws, but this was swiftly followed by an appeal of the appeal from Republicans. Currently, some of the initial laws have been upheld, but others have been thrown out. The conflict reflects the intensely split government currently serving Wisconsin.

In Spring 2018, UW-Stevens Point developed its Point Forward proposal — a plan that would eliminate 13 humanities majors due to low enrollment and a focus towards STEM programs. Within days of hearing of the potential major eliminations, students and community members joined forces with the Reclaim the UW protests to combat the cuts and the ideology behind them. Despite calls from activists to fire Chancellor Bernie Patterson, the administration — backed by the Board of Regents — stood by their decision. In October 2019, they salvaged six of the 12 programs, and in April announced that the plan would be scrapped all together. However, the majors could only be saved by a reduction in faculty, along with alterations to the structure of the programs.

Former Madison mayor Paul Soglin lost his first election as an incumbent, falling in a landslide vote to former alder Satya Rhodes-Conway in April. Rhodes-Conway, the first openly gay mayor in Madison history, beat Soglin by more than 20 percent of the votes. Soglin and Rhodes-Conway emerged as the two candidates after they placed first and second in the crowded mayoral primary election in February. In a city council race between two UW-Madison freshmen, Avra Reddy defeated Matthew Mitnick to take over the seat covering the university’s campus and nearby neighborhoods. Nearly half of the members of the city council opted not to run for re-election, leading to a multitude of new faces in Madison city government. Women also won big in the Madison Metropolitan School Board elections and now hold all seven seats.

“We believe Christine Ford. We believe Anita Hill.” These words rang out from a crowd on Langdon Street on Oct. 4, 2018, in protest of Brett Kavanaugh’s nomination to the Supreme Court and in solidarity with Christine Blasey Ford, who testified against him for sexually assaulting her when the two were in college. Students were divided when Kavanaugh was sworn in to the Supreme Court in early October 2018. Sexual assault continues to be a widespread problem on college campuses nationwide, but the power of the MeToo Movement has forced higher education to find its place in the movement since it went viral in 2017. The MeToo Movement, however, actually began in 2006, founded by Tarana Burke who spoke on campus in March, calling for an increased “commitment to making this community less vulnerable to sexual violence.”

At the beginning of the 2018-’19 school year, UW-Madison band director Michael Leckrone announced he would retire at the end of the spring season. He left behind a 50-year legacy at the university. Over the course of his career, Leckrone received various awards for his excellence, including the “Outstanding Bandmaster Award” by the Wisconsin Chapter of Phi Beta Mu and the “Distinguished Faculty Award” by the UW Alumni Club. He has also been inducted into the Wisconsin Hockey Hall of Fame as well as the Wisconsin Football Hall of Fame. He mentored and inspired roughly 15,000 band members over the course of his career. Those students said they wanted his final show to be the best it could be. The UW-Madison community said it will miss his charisma. Corey Pompey will replace Leckrone as the UW-Madison Band Director in Summer 2019. 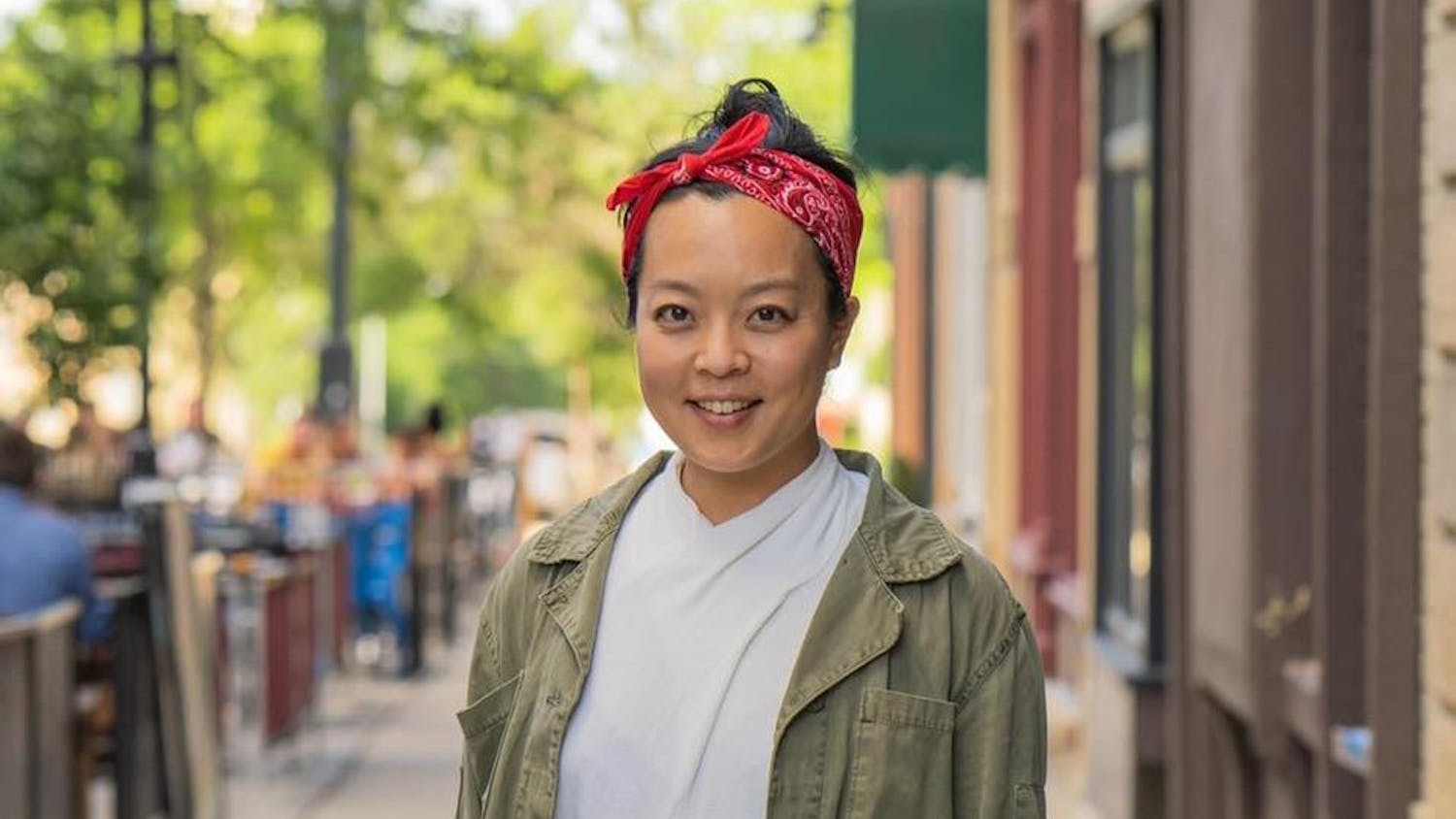 Rep. Hong introduces bill that would recognize May as APIDA Heritage Month 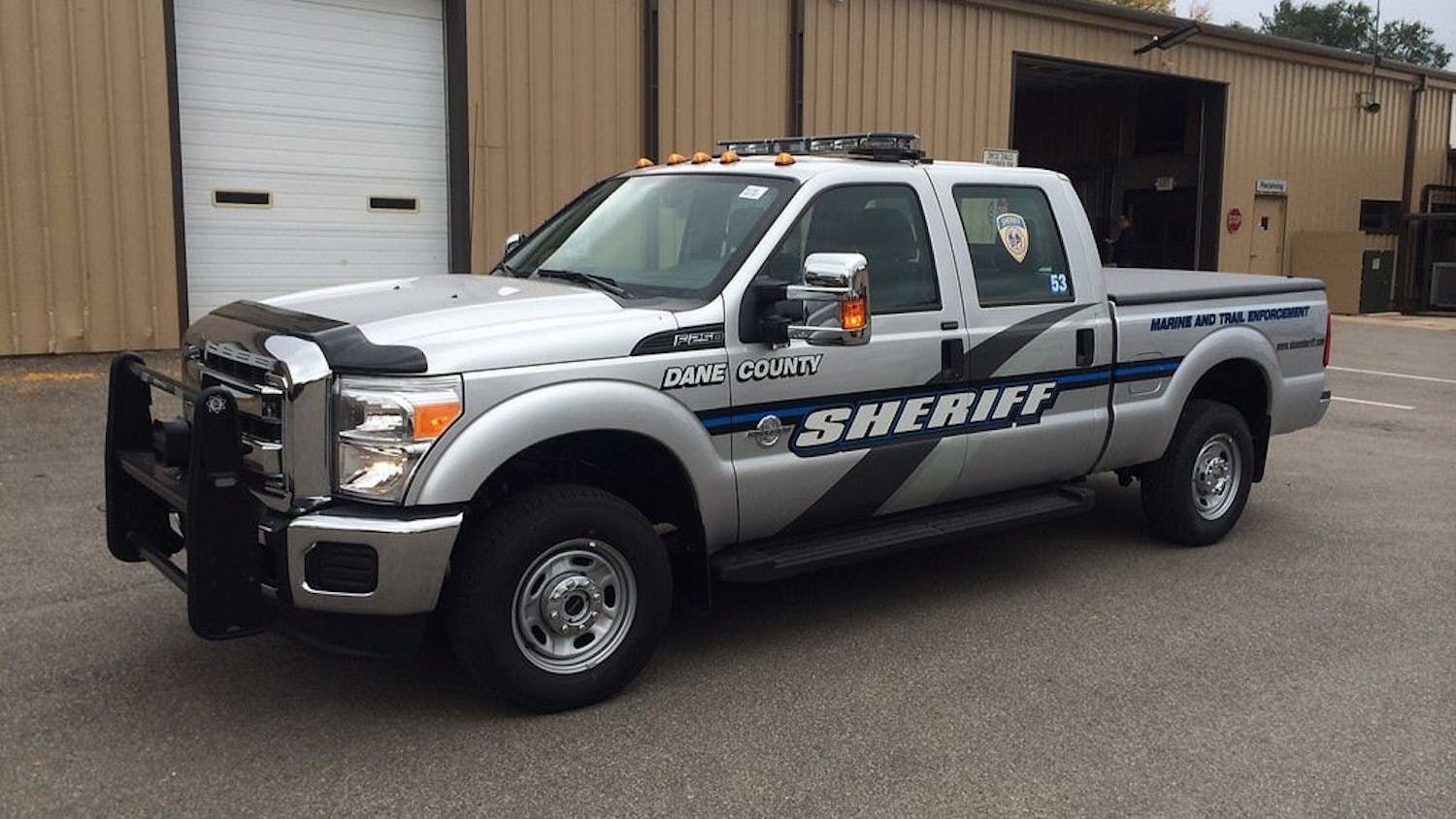 Dane County Board proposes a ban on no-knock warrants