Model organisms are an integral part of studying health. A model organism is an animal used in the lab—like a rat, fly or fish. They share high genetic similarities with humans, making them useful for studying the genetics behind human disease. Rats are exceptionally similar to humans in a lot of their genetic makeup and symptoms. In this case, rats are providing us the unique opportunity to study a rare and complex disease.

Hypomyelination with atrophy of basal ganglia and cerebellum, or H-ABC, is a rare disorder that begins in infancy or early childhood. The symptoms range from mild and overlooked to devastating and lethal. Symptoms include visual problems, loss of motor skills, cognitive delays and many more.

The disorder is progressive and gets more severe as the child ages. Much like the protective insulation of an electrical cord, myelin forms a sheath around nerve fibers to insulate them and increase their ability to relay signals. Hypomyelination, which occurs in H-ABC, is when too little of that myelin sheath is produced. In the central nervous system, hypomyelination can cause some of the symptoms associated with H-ABC.

However, the path to the discovery central to this article began well before H-ABC was a known disorder in humans. The person at the head of this long endeavor is Ian Duncan, professor of neurology in UW-Madison’s department of medical sciences.

“It arose from a letter that I got from doctors Bjorn and Ruth Holmgren who were neurophysiologists at the University of Puebla in Mexico,” Duncan said.

They had been breeding rats for a separate study when they noticed that one litter of rats were shaking and exhibiting abnormal behaviors.

“To their great credit, they asked, what would happen if we rebred these animals to see if the same thing will happen [in the offspring]? And sure enough, it did,” Duncan said.

Through a mutual connection, the couple got in touch with Duncan and asked him if he’d like to take a look at the rats. Duncan was an accomplished researcher in the field of neurology and myelin disorders, so he readily accepted the opportunity to examine the abnormal rats.

After obtaining the bottles containing leaking tissue samples at a science meeting, explaining to airport security that the reeking bottles of brains were harmless, and finally getting the brain tissue back into his lab, Duncan was eager to take a look.

“What I saw was in the young mutant rat at 2 months of age … there’s not as much myelin as there should be compared to the control rats. Then I cut the 12 month old mutants brains, and the myelin was gone,” Duncan said.

Myelin, the helpful and protective coating on nerve fibers, is created by oligodendrocytes in the central nervous system. Microtubules are a part of the oligodendrocyte structural skeleton, and they assist in the formation of myelin. Oligodendrocytes need just the right amount of microtubules to make myelin, so the balance that they maintain is very important to proper cell function.

The over accumulation of these microtubules in the rat’s brain means that the oligodendrocytes aren’t able to properly make myelin. This leads to the hypomyelination that is also characteristic of the human disease H-ABC.

“Initially there’s some attempts at myelination, especially in the CNS, but the myelin sheaths were not normal in terms of the thickness,” Duncan said.

Another notable aspect of this pathology is that as the rat ages, demyelination, which is the loss of myelin, occurs. The brain, spinal cord and optic nerves were demyelinated so severely that you could see the difference easily by eye and with a microscope.

“So, we spent the next 10 years working on determining why there’s a failure of normal myelination and then demyelination,” Duncan said.

The formation of microtubules is controlled by the cell’s DNA and the building blocks of microtubules result from the expression of genes that generate the signal for protein production.

“To identify the abnormal gene, we first isolated DNA from taiep and normal rats. We mapped the mutation to an interval on rat chromosome 9 which unfortunately didn’t contain any candidate genes that we could associate with a microtubule development defect,” Duncan said.

The failure to find the taiep rat gene was a puzzle. The team did not know how a microtubule defect could be due to a gene that, at the time, didn’t appear to exist in the region it was supposed to. However, like microtubules, research is constantly being renewed and replenished, so Duncan set aside the research for some time until more was known about the rat genome.

“I’d written this long paper, and sent it to a colleague at the Waisman Center, John Svaren. A few days later, I got a call from him and he said, ‘I think I know the mutation,’” Duncan said.

John Svaren is a professor of comparative biosciences in the Cellular & Molecular Pathology graduate program at UW-Madison. He is an expert at searching gene databases, and he was able to read through the paper presented to him by Duncan and hone in on the specific gene that he believed could be responsible.

The gene that causes H-ABC had been discovered fairly recently by other labs. After a paper is published with a new gene, the gene goes into databases for other researchers to use for their research.

Svaren found that the Tubb4a gene is located on rat chromosome-9, in the region Duncan and colleagues had identified many years prior, and is involved in microtubule production. The mutation is responsible for the accumulation of microtubules leading to the dysfunction of oligodendrocytes, and causing the hypomyelination and demyelination seen in the rats.

“This model is going to be useful for determining why mutations in this gene cause the microtubule defect, and ideally help towards developing a treatment,” said Duncan.

Patients with the disease, like the 3-year-old H-ABC child whose brain was similar to that of the hypomyelinated rat, have a grim prognosis. Although the rat mutant does not model every aspect of H-ABC disease, it will be a huge step forward in studying and eventually devising therapies that decrease microtubules in oligodendrocytes and restore myelin production in H-ABC.

After a process of around 29 years, this discovery of the Tubb4a mutation in the mutant rat is a commendable achievement by Duncan and those involved. It will provide science the opportunity to advance in the direction of understanding and treating demyelinating disorders like H-ABC. 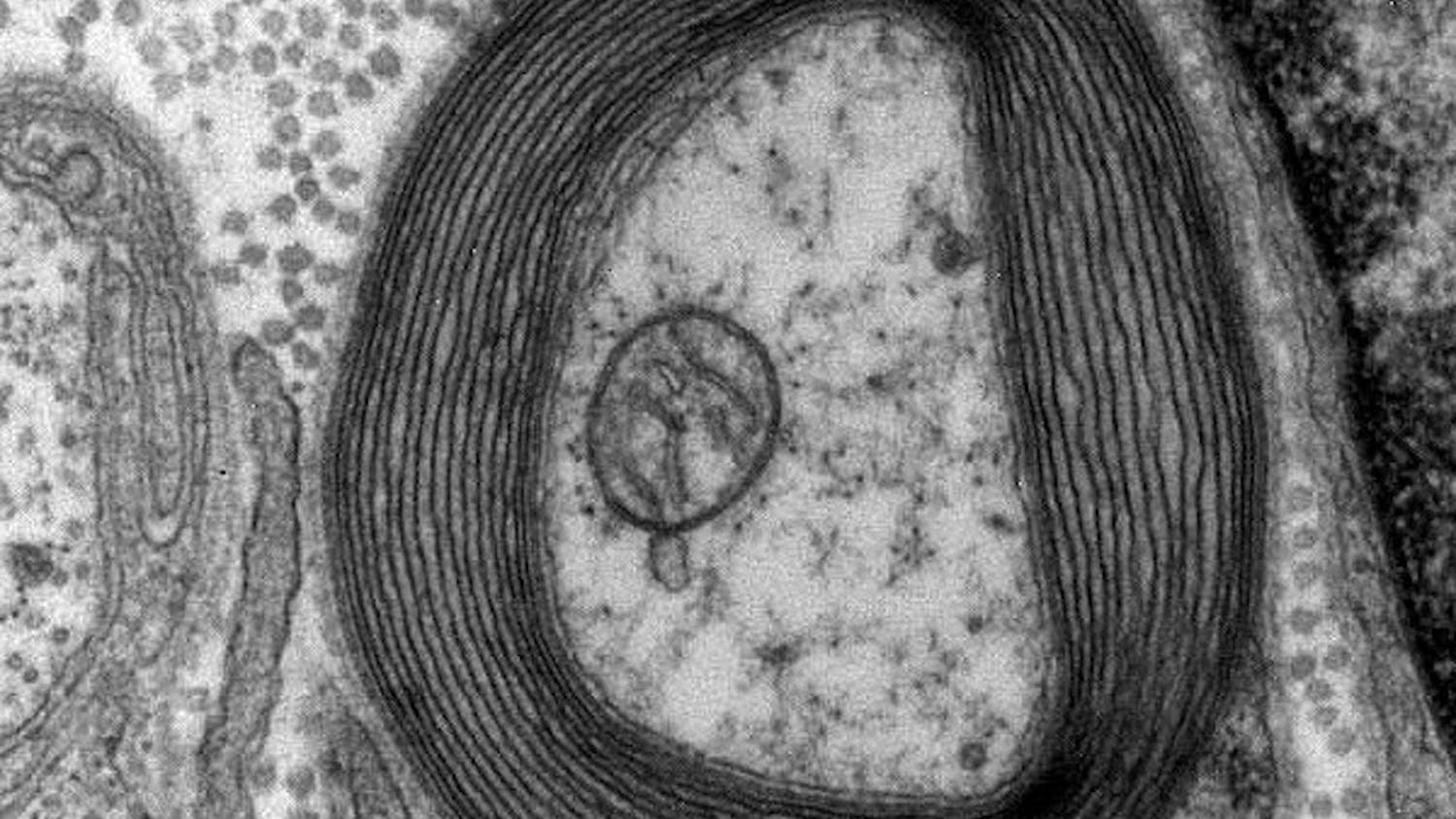 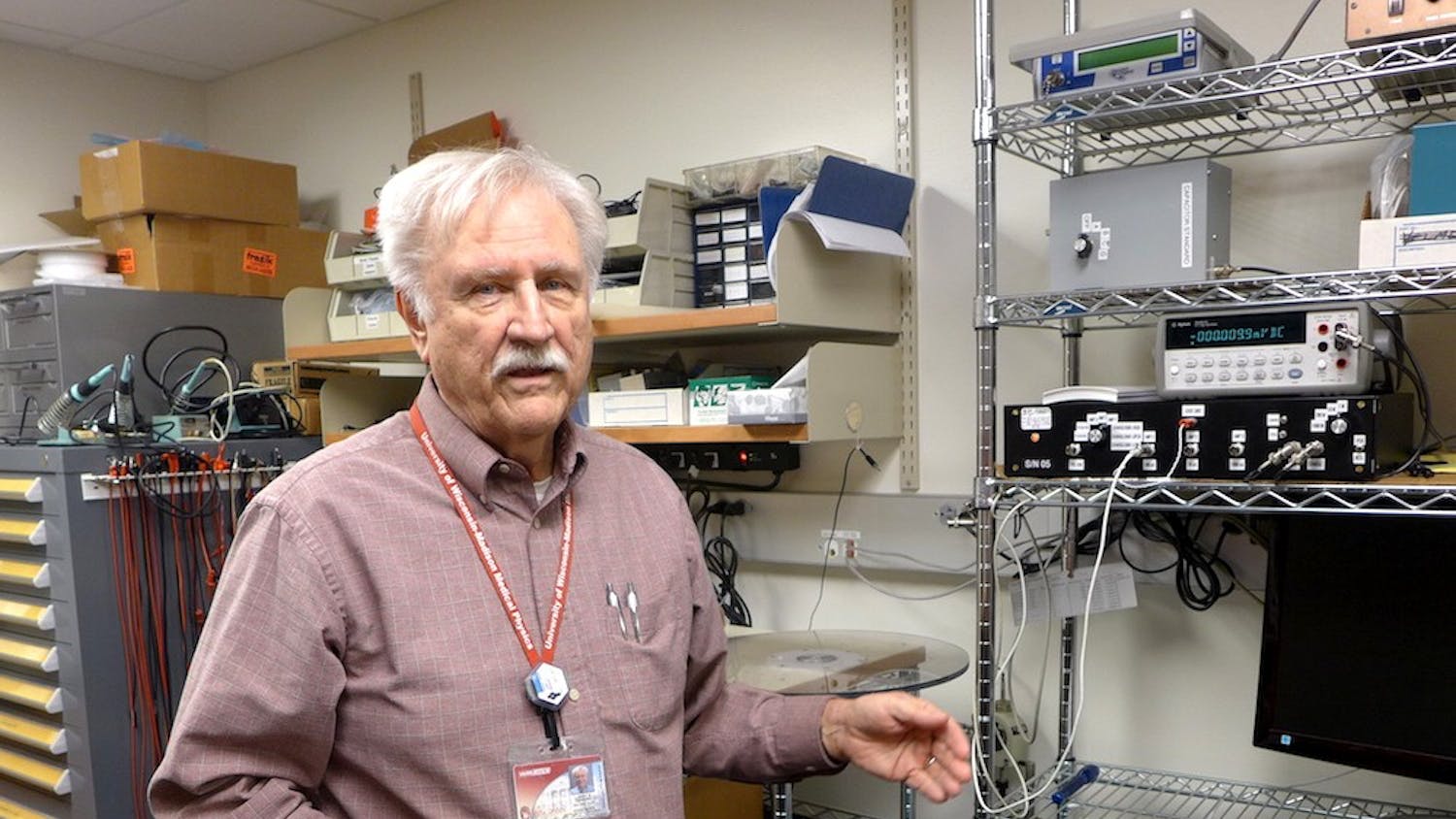