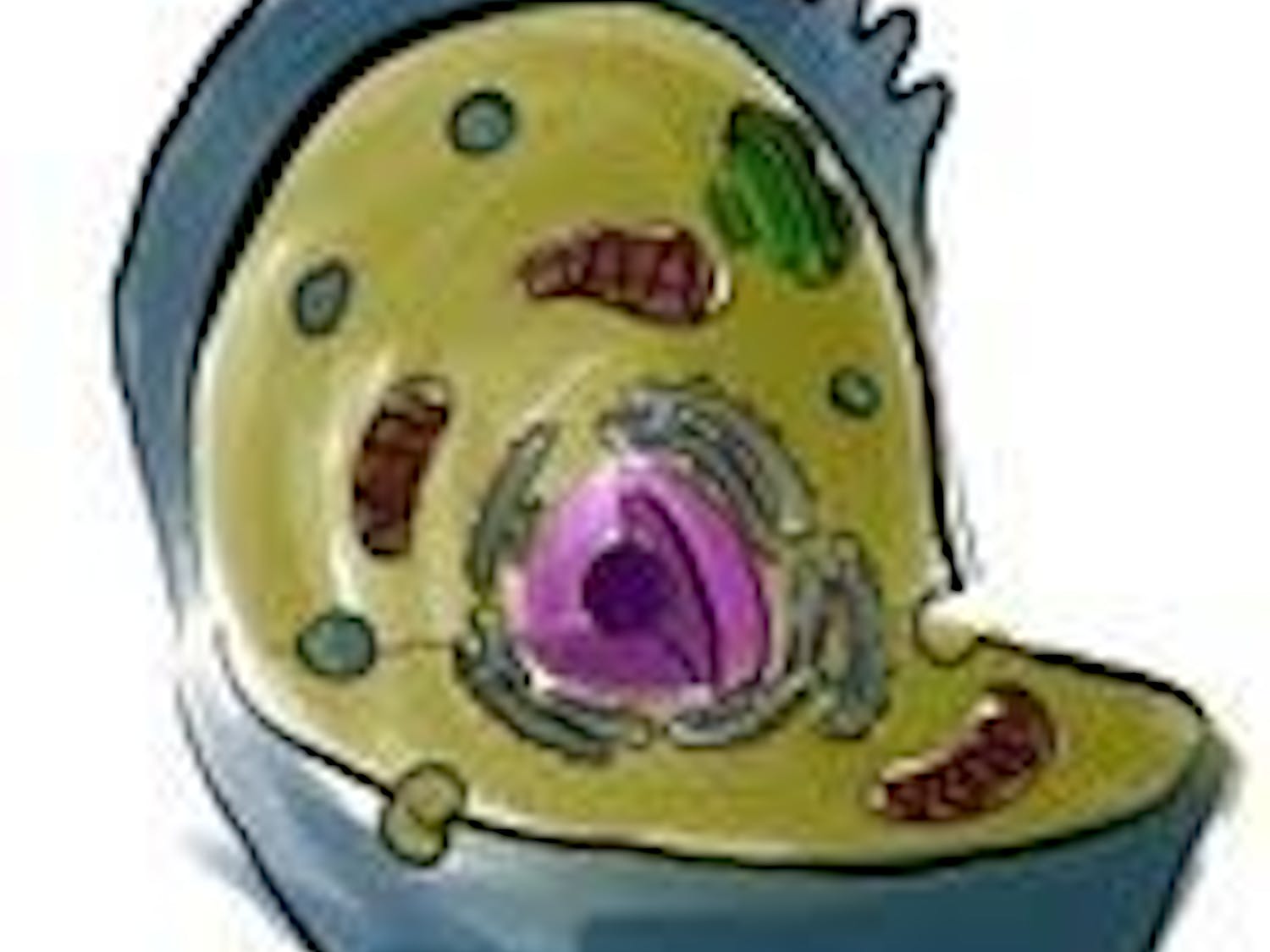 This article is dedicated to Charles Darwin and David Baum. To Charles Darwin because his birthday is this week, February 12th, and to David Baum who exemplifies the humility and cleverness that Darwin himself possessed.

Professor Holly Gibbs described it as patchwork quilt, a collection of tidy squares carved into the heart of the Amazon rainforest with a mechanized efficiency Gibbs says is more sophisticated than even the Midwest’s corporate farms.

The enormity of research available at UW-Madison comes as no surprise to the students on campus. The research subjects range from common ones such as cancer research to something as rare as Pelizaeus-Merzbacher disease. Truth be told, my understanding of PMD was minimal prior to this article since this disease affects one in almost 200,000 males in the United States. (PMD is an X-linked recessive trait that is only present in males; females are only possible carriers of PMD)

Starting from scraps, material scientists search for raw materials that can be innovated or substituted to increase the functional efficiency and flexibility of the appropriate technologies. The idea behind the field stems from the notion that the efficiency of a product can be compromised by the choice of material used to construct such devices even with the best abilities of an engineer. Two members in this field from UW-Madison include Associate Professor Michael Arnold and Professor of Material Science and Engineering Padma Gopalan.

When graduate student Xiaojun Tan first noticed the epidermal growth factor receptors within the cancer cell, he was surprised. These receptors always branched off the cell’s surface, and had never been observed within the cell quite like this before. Yet, here in these chemically starved cancer cells, an inactive collection of these receptors had accumulated.

Universe is mapped with neutrinos

Scientists track imagination in the brain

With our current level of understanding of the processes of the human brain, attempting to diagnose, treat and identify issues of the mind can be as difficult as launching an expedition into outer space. Just as we have developed many tools over the years to expand our knowledge of the universe, our methods of examination of the interior realm of the brain have similarly been improved upon.

Ask Ms. Scientist: Antibiotic use in the livestock industry

Antibiotic use in the livestock industry greatly varies on the animal industry and the farm. Much of the controversy is over the use of subtherapeutic levels where antibiotics are not used for treating sick animals, but instead routinely given at low doses.

WISCIENCE changes their name and expands their purpose

When I walked into the WISCIENCE office on Henry Mall, I wasn’t surprised to see a giant glass aquarium filled with potted plants basking in the glow of a U.V. light. After all, WISCIENCE stands for Wisconsin Institute for Science Education and Community Engagement. Thus, I was both pleased and unsurprised to discover that it took its biological responsibility very seriously, as evidenced by the plants. As the door behind me closed on a frigid winters day, I refrained from throwing myself under the light and instead, made my way to the office of Janet Branchaw, the director of WISCIENCE.  WISCIENCE is having a big year. The Institute underwent a major name change from the Institute for Biology Education to the Wisconsin Institute for Science Education and Community Engagement, or WISCIENCE. As I was slightly dazzled by the word, I referred to the website to discover that WISCIENCE is pronounced as “if [you] start out saying ‘Wisconsin’ and end up saying ‘science’.” This name change is why I wanted to speak with Janet Branchaw: the institute has expanded its outreach and its work is integral to many aspects of UW-Madison. One of the wonderful things, and there were many, about interviewing Janet Branchaw was how I asked her a single question and she gave me a five minute long answer. When I asked Branchaw what the name change meant for the Institute, she explained, “The name change represents a broadening of our mission beyond biology to the natural sciences.” Prior to the change, the Institute for Biology Education had focused on advancing the needs of biological science students, from K-12 through college and beyond. However, during a regular review of the institute, the review committee suggested, with dramatic embellishment from Branchaw, “Oh my, you should do this for all of natural science, not just biology!” She further explained, although the Institute already had good relationships with faculty from the chemistry, math and physics departments, under the new name, “Now we officially get to work with them.” As I typed frantically away, Branchaw continued to explain the multifaceted mission of the institute. “Broadening the scope of work is the main reason for the name change. Now the broadening of the mission opens up the door to work in partnership with schools, colleges and departments to serve science learners more broadly,” Branchaw said. When I asked about the “science learners” who the program was trying to reach, Branchaw laughed and said, “It would be easier to make a list of groups we aren’t including. We are working in two big areas: one is higher education that includes undergraduate and graduate students. The second area is in outreach and community engagement, or everyone else, K-12, parents and grandparents.”   As its previous heritage was biology, WISCIENCE has many programs directed towards exposing undergraduates to biology before they begin their first biology courses during their sophomore year. For example, WISCIENCE coordinates the “Exploring Biology” course, which is part of a First Year Interest Group offered to freshmen in the fall. Additionally, WISCIENCE is co-sponsor of BioHouse, a learning community centered on biological sciences which had its maiden voyage this year. In partnership with Steenbock Library and the Office of Undergraduate Advising, WISCIENCE started the BioCommons, a set of library spaces, along with programming and online resources, designed to help undergraduates explore what campus has to offer and create community for themselves, whether it be to celebrate their accomplishments in their classes or to discuss their struggles. WISCIENCE has programs specifically for graduate students as well. The Institute organizes programs to teach graduate students how to teach. But WISCIENCE is by no means limited to undergraduate and graduate students. Branchaw also emphasized the role of the Institute as a catalyst in the science affairs of UW-Madison. “We can connect researchers who are working in similar areas who may have never heard of each other to facilitate collaboration,” Branchaw said. Not only does WISCIENCE play an integral role in the science happenings at this university, but it also has programs directed towards community outreach. For example, undergraduates and graduates can take a class through the Adult Role Models in Science program to learn how to develop age-appropriate science activities which they can help teach in after-school science clubs around the city. WISCIENCE is also partnered with the Wisconsin LEADs program, which gives math and science teachers continuing education credits to learn current science and how to teach it. When I asked Branchaw to tell me about one exciting project coming in 2015, it was as if I asked her to recite the five trillion digits of pi. “There are so many. We are connected as part of a big National Institutes of Health project called the ‘National Research Mentoring Network’ that just got funded. NRMN has four cores and one of them is located at UW-Madison. The Institute is going to serve as a conduit for that national work on our campus,” Branchaw said. I could see how proud she was of this achievement. Essentially, NRMN coordinates trainings and support activities for researchers and research mentors. Researchers, including high school, undergraduate and graduate students and their mentors will be able to participate in these activities in order to maximize the benefits of their research experience. “This is exciting because UW-Madison is part of a bigger national effort to help researcher mentors help students.” At the root of the programs and initiatives is a single binding philosophy: to present science in an accessible way and to engage learners of all shapes and sizes in the wonderful world that is science. 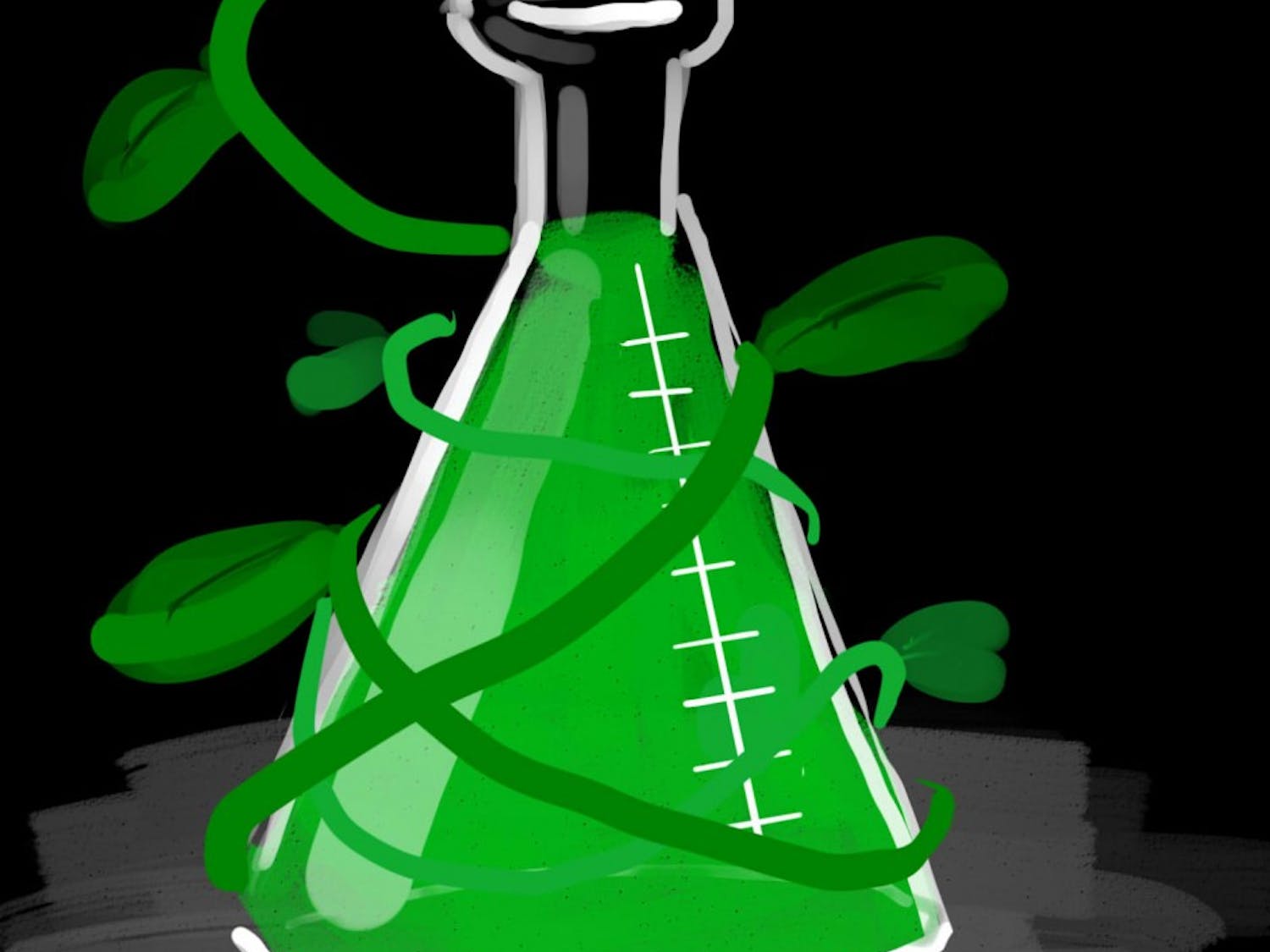 Oxygen is the green oxidant

University of Wisconsin-Madison professor of chemistry, Shannon Stahl, received one of the five Presidential Green Chemistry Challenge Awards from the U.S. Environmental Protection Agency  for his work with aerobic oxidations.  Green chemistry concerns the reduction or elimination of hazardous wastes through specifically researched products or processes. It represents an effort toward providing environmental benefit via cleaner air and water through toxic waste elimination. The award was created by the EPA to recognize novel green chemistry.

Communicating bacteria use quorum sensing before attack of the host

One of the great mysteries of modern science has been how when bacteria congregate in small numbers, they are relatively innocuous. However, when the amount of bacteria grows, it is as if a switch goes on and they go from being a clump of innocuous bacteria to synchronized, lethal killers. 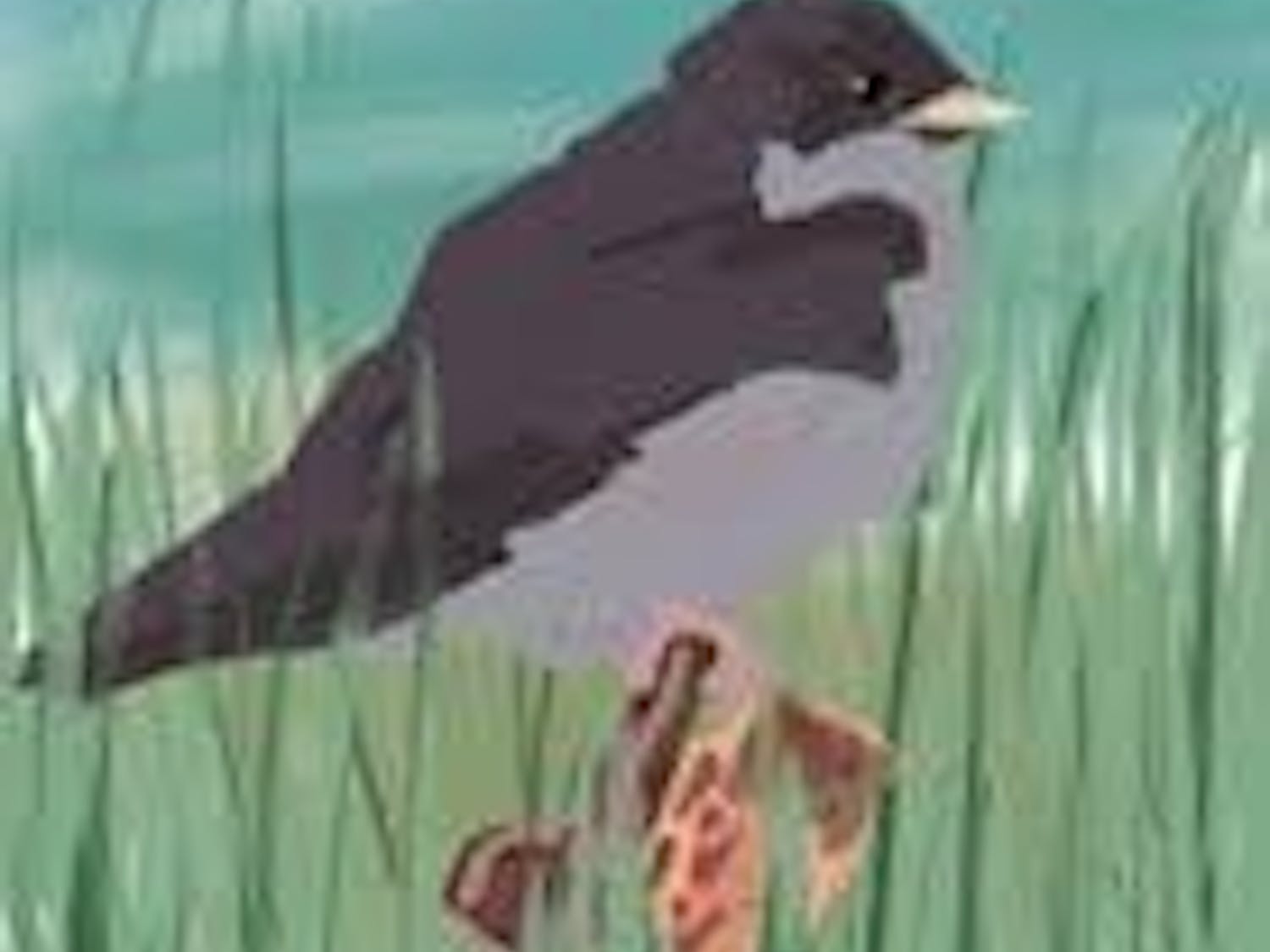 Bioenergy and birds can coexist

“What would it do for the birds?” This simple question spurred scientists from the University of Wisconsin-Madison and the Wisconsin Department of Natural Resources to investigate whether it’s possible to grow economically viable amounts of biomass to generate bioenergy and, at the same time, provide habitat for bird populations, including rare grassland birds.

The United States has been one of the world’s leading countries in terms of scientific innovation throughout the past few decades. This would not be possible without the over $400 billion our government invested in research and development grants. It is no surprise that the University of Wisconsin-Madison is a major contender for this money as it is one of the nation’s top research universities with an over $2 billion endowment in the year of 2013.

While searching for ways to fill a gap year before medical school, University of Wisconsin-Madison alumnus and aspiring physician Jeff Mahlum never imagined he'd find such a perfect fit in the Center for Patient Partnerships' patient advocacy program. 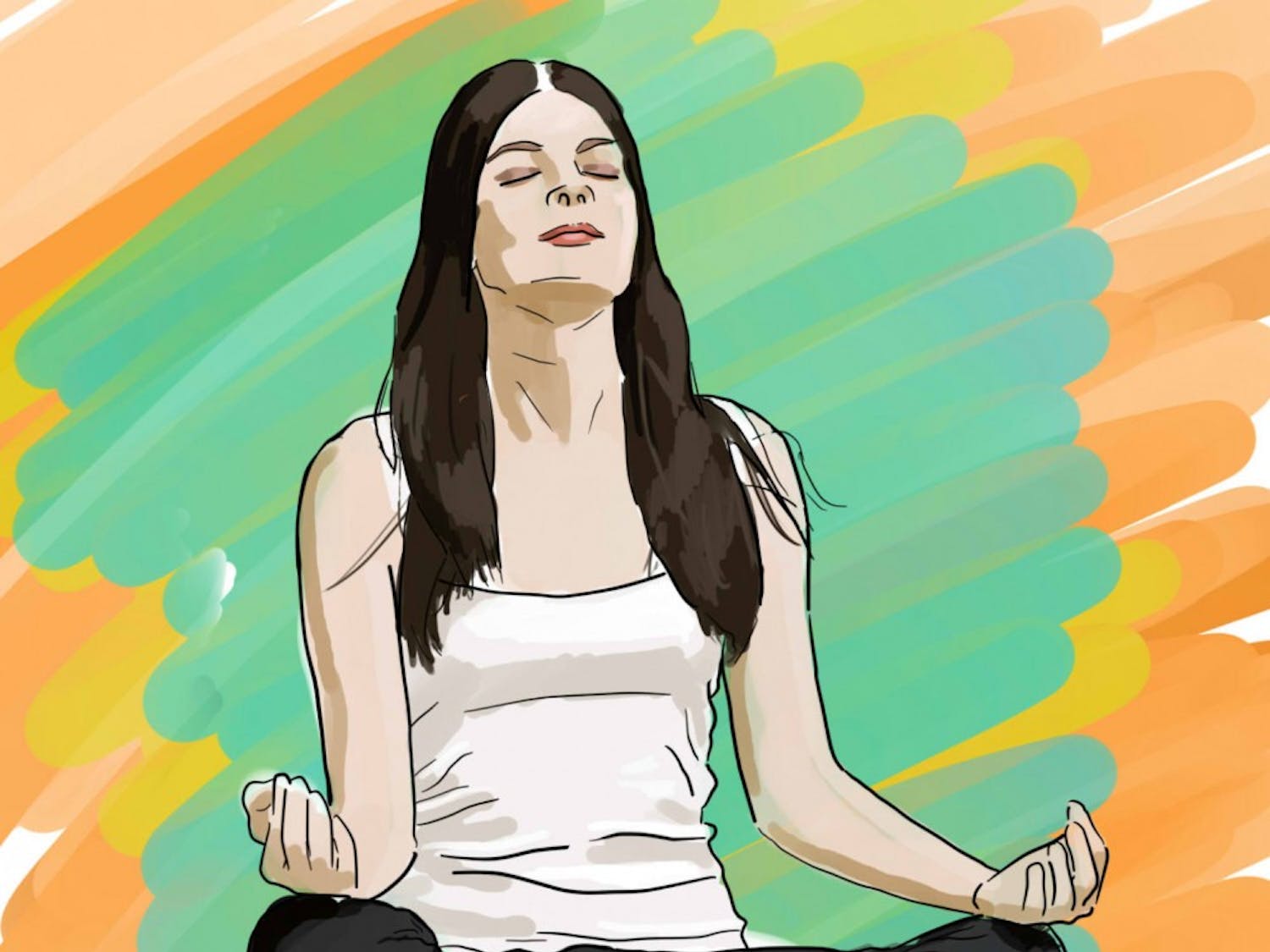 How can yoga help alleviate PTSD?

The field of mental health is as diverse and complex as the problems that are therein examined and treated. Researchers and doctors alike strive to provide the best results for those who suffer from disorders such as post-traumatic stress disorder. 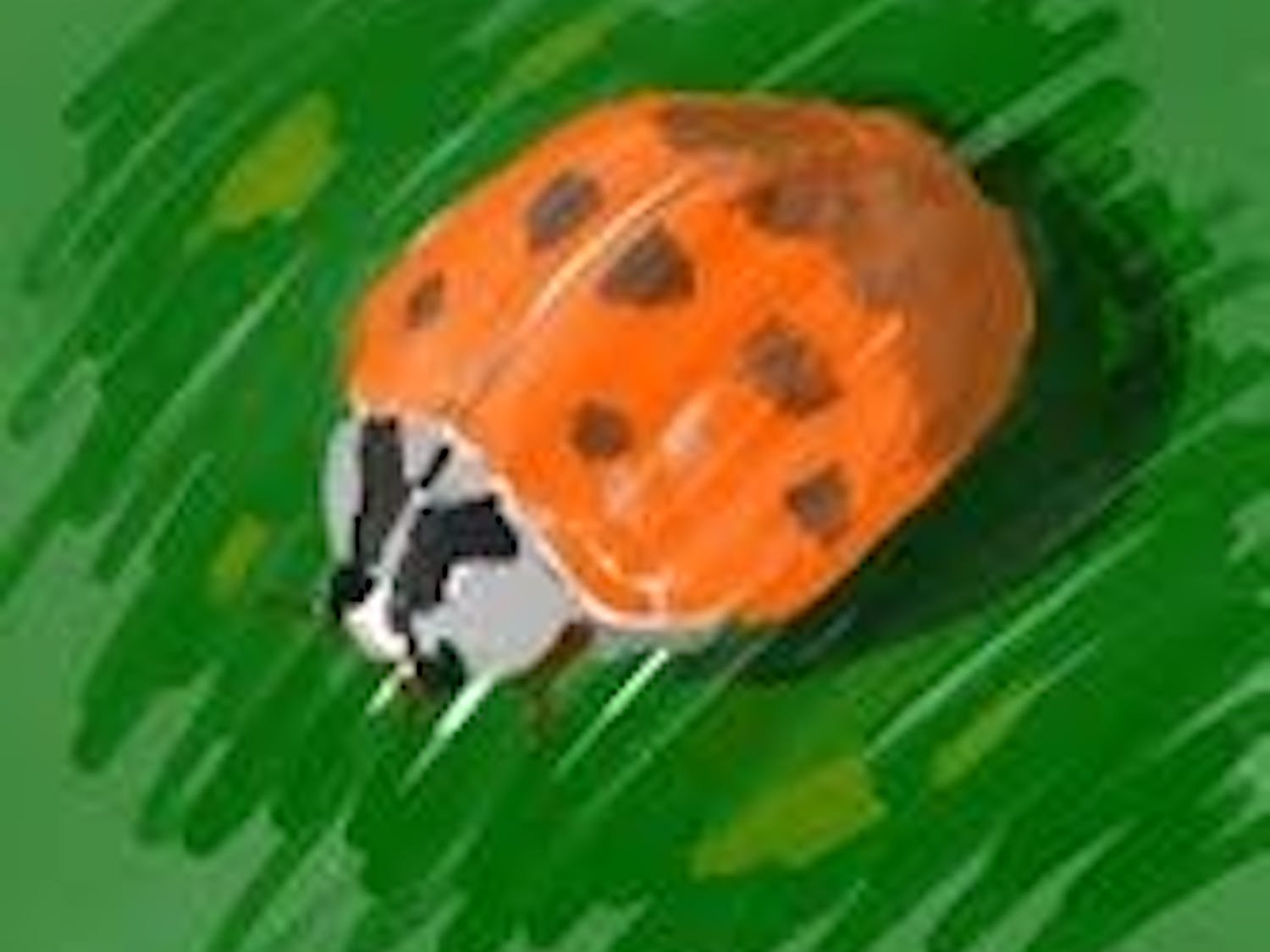 In dense field of soybean alfalfa plants, a lady beetle perches atop a plant, looking for aphids to prey on, unknowingly serving an indispensible role to the ecosystem and health of the plants. But just as in any other ecosystem, a host of factors compromise the lady beetle and its role­­­­­—some more unexpected than others.