Although the confidence level of the Wisconsin defense is sky high after containing Ohio State’s Braxton Miller and its spread attack for most of last weekend’s loss, it is prepared for a different type of challenge at Penn State.

Press Conferences: Wisconsin looks to bounce back from conference losses

Ejections down at final home game of 2012 Badger football season

The number of University of Wisconsin-Madison students ejected at the final home game of the 2012 Badger football season decreased compared to the last game in Camp Randall stadium, with ejections due to seating issues in the student section below the season home game average.

When Montee Ball left his feet at the two-yard line, it looked as though he might come down in the end zone and on top of the NCAA record book. 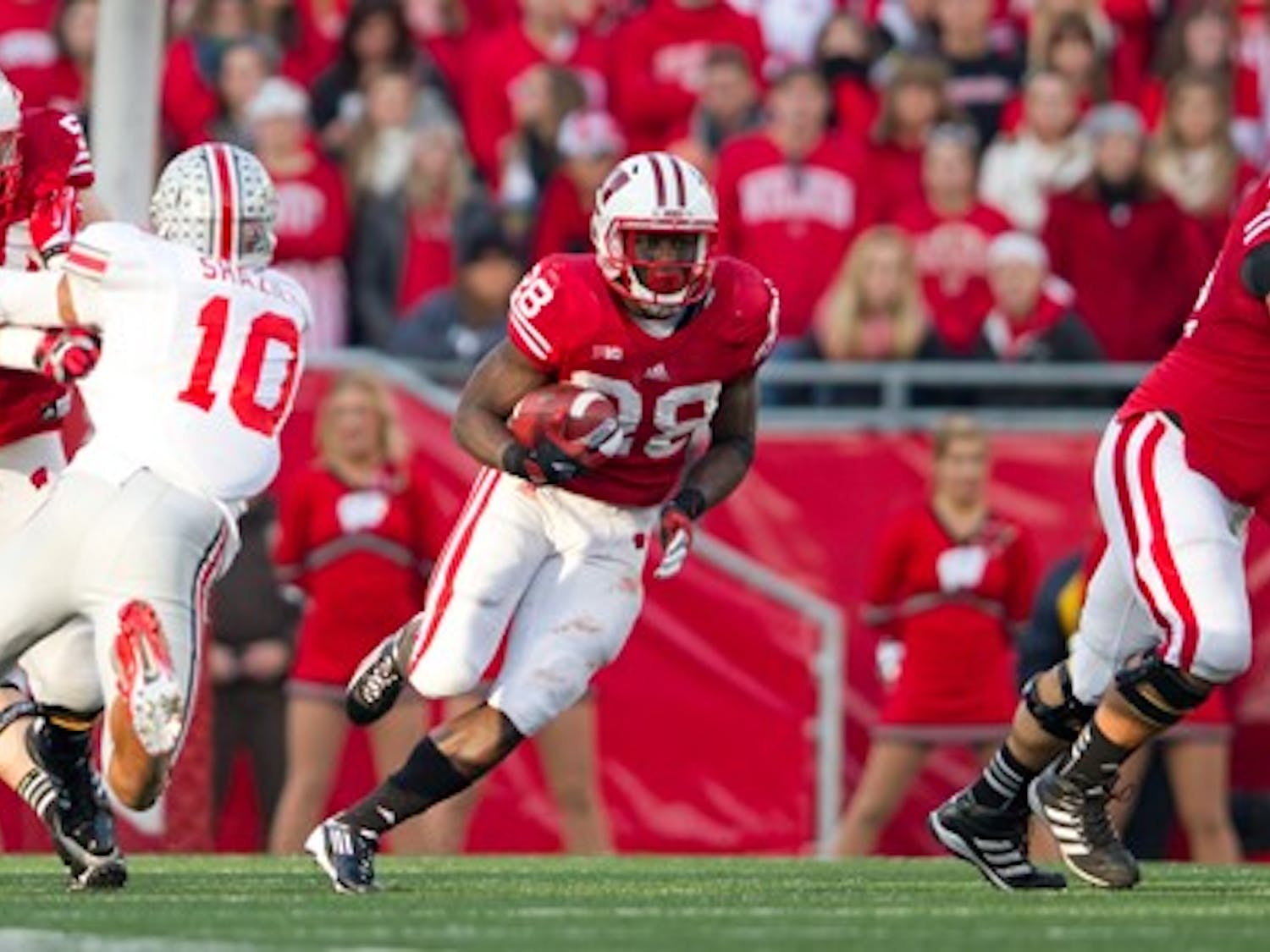 For the second consecutive game at Camp Randall, the Wisconsin Badgers (4-3 Big Ten, 7-4 overall) lost a game in overtime that marred a strong defensive performance and additionally spoiled senior running back Montee Ball’s tying of the FBS touchdown record. After a five-yard touchdown pass to redshirt junior tight end Jacob Pedersen with just eight seconds in regulation remaining that tied everything up at 14, Camp Randall was roaring and it appeared undefeated Ohio State (7-0, 11-0) would let its 14-point first half lead go to waste. But Buckeyes’ sophomore quarterback Braxton Miller and junior running back Carlos Hyde only needed two rushes each in their first overtime possession to go up a touchdown and put all the pressure right back into the hands of the Badgers. After a six-yard rush by Ball, an incomplete pass from redshirt senior quarterback Curt Phillips to redshirt freshman fullback Derek Watt and a two-yard loss from Ball on third down, the Badgers were faced with a fourth-and-six from the Buckeyes’ 21. Phillips tried hitting Pedersen over the middle on a curl route that the pair had connected with on numerous occasions earlier in the game but was broken up by junior defensive back Christian Bryant, giving Wisconsin head coach Bret Bielema his first loss on Senior Day as Badgers head coach. “[Bryant] made a great break on the ball,” Pedersen said. “[But] honestly, I have to give Curt a better look. I have to come down on my stem more. “It’s’ a little bit on me, but give credit to [Bryant]. He obviously prepared well. He knew what was coming and made a great break on the ball.” The heartbreaking loss has been nothing new for the Badgers this season, as their four losses have come by an average of 4.0 points. “It hurts to do everything you can in your power but still fall short,” Ball said. “It happened twice to us back here at home. It’s just not a good feeling.” Despite holding Ohio State to just 236 yards on offense and extending its streak of holding an opponent to under 300 yards on offense to six games, the Badgers still think they could have done a little more. “Like I said, there were definitely some plays that we left on the field that we should have made,” Phillips said. “And overtime was one of them on the fourth down.” The other came just under three minutes left in regulation, when Ball rushed the ball to the Ohio State two-yard line while still down 14-7 and his touchdown record right in front of both him and the student section. On fourth-and-one from the two, Ball tried jumping over the pile despite the “we run the ball into the endzone” mantra that Bielema preaches, but fumbled after taking a hit from Buckeyes sophomore linebacker Ryan Shazier. “We talk about running the ball into the endzone and I just had this flash in my mind when we were lining up to run that play. I’m like ‘don’t jump, don’t jump,’ because I knew he was doing anything he could to get in the end zone. I can’t discredit him for the effort.” “I just felt like I had to do something in that situation,” Ball said. “One thing I should have done is just dove.” The fumble gave Ohio State the ball at the Wisconsin six-yard line, but after forcing a three-and-out, the Badgers received the ball at Ohio State’s 41 after just a 34-yard punt. Pedersen caught the touchdown nine plays later. The Buckeyes got on the board first towards the end of the first quarter after junior defensive back Corey Brown returned a punt for a touchdown from 68 yards out. Hyde then ran one in from 15 yards about five minutes later in the beginning of the second quarter to go up 14-0. Then it was all Badgers defense, even with redshirt junior Chris Borland being held out. The Badgers held Miller to just 48 yards on the ground and 10-of-18 passing for 97 yards. The Badgers also nearly cut Ohio State’s average of 445.3 total yards per game in half, as a strong defensive front helped the team stymie Miller and only give up a total of 236. “Any time you play somebody with that type of skill set, that type of speed, quickness, [Miller] is going to get some yards,” redshirt junior safety Dezmen Southward said. “And he got some yards, but he worked for every yard he got.” Ball finished with 191 yards on 39 carries (4.9 average) and Phillips ended up 14-of-25 with 154 yards and one touchdown. Ball ran in the record-tying score from seven yards out. Pedersen finished with six catches for 66 yards and Hyde finished with 87 yards on 15 carries with two scores. Although Senior Day and Ball’s inability to break the record at home magnified the heartbreaker, the team is very much aware that essentially nothing is changed despite not being able to win the Leaders Division. “We still have the opportunity to reach all the goals that we wanted to as far as going to Indy and making it back to the Rose Bowl,” Phillips said. “So we just have to kind of rally the troops and make sure we take care of that.” 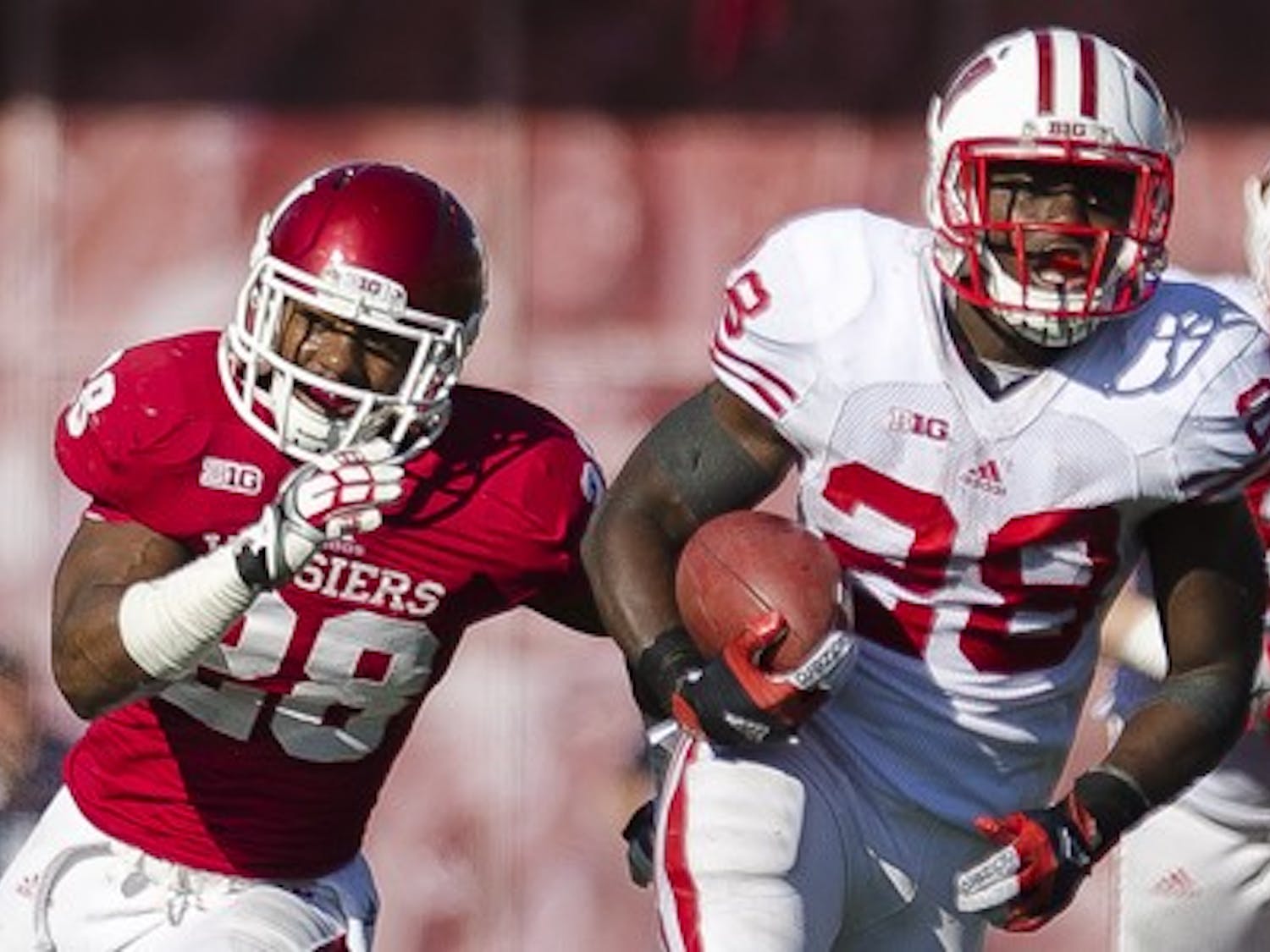 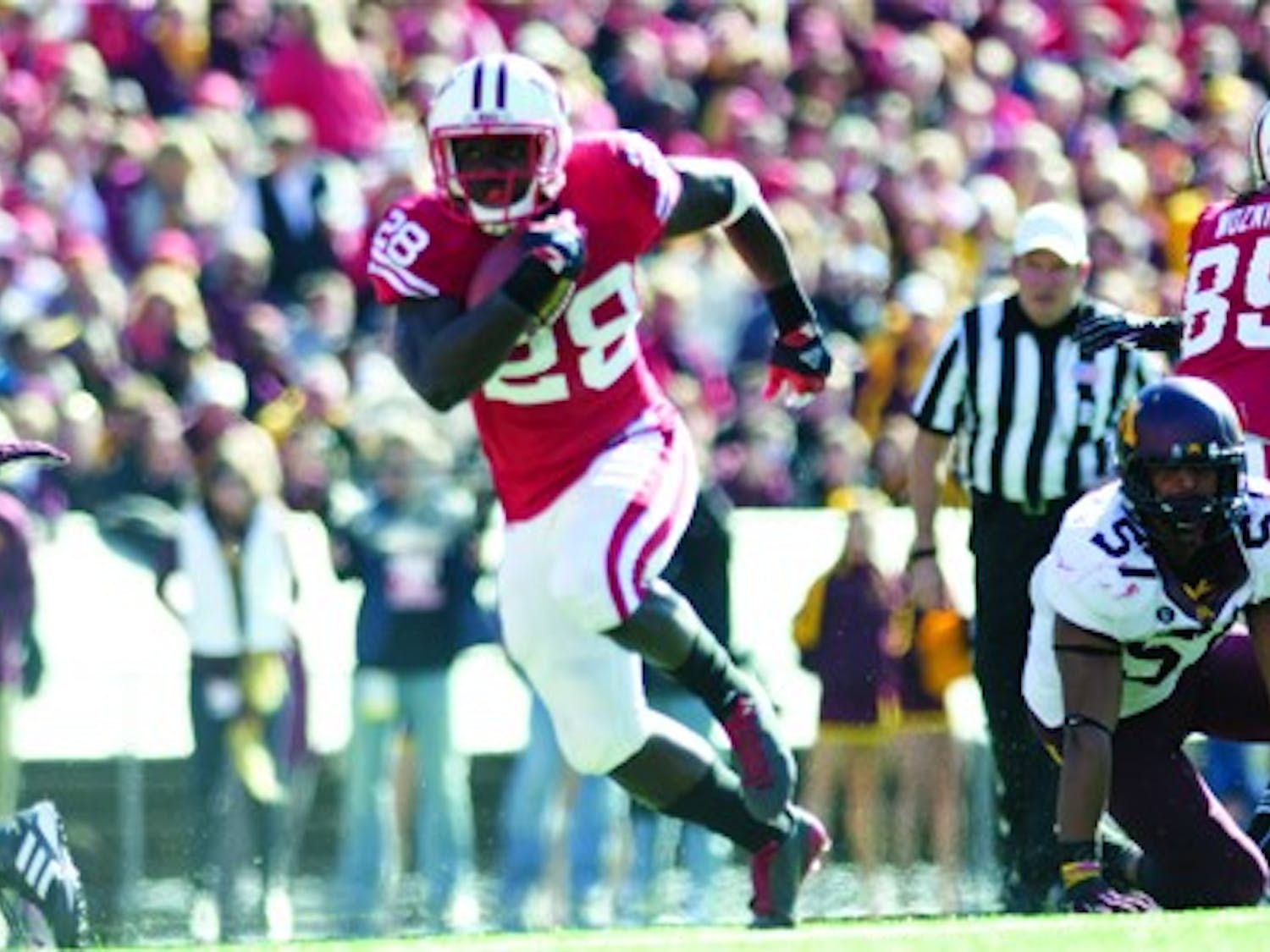 Montee Ball’s run to this point started out of necessity more than anything. 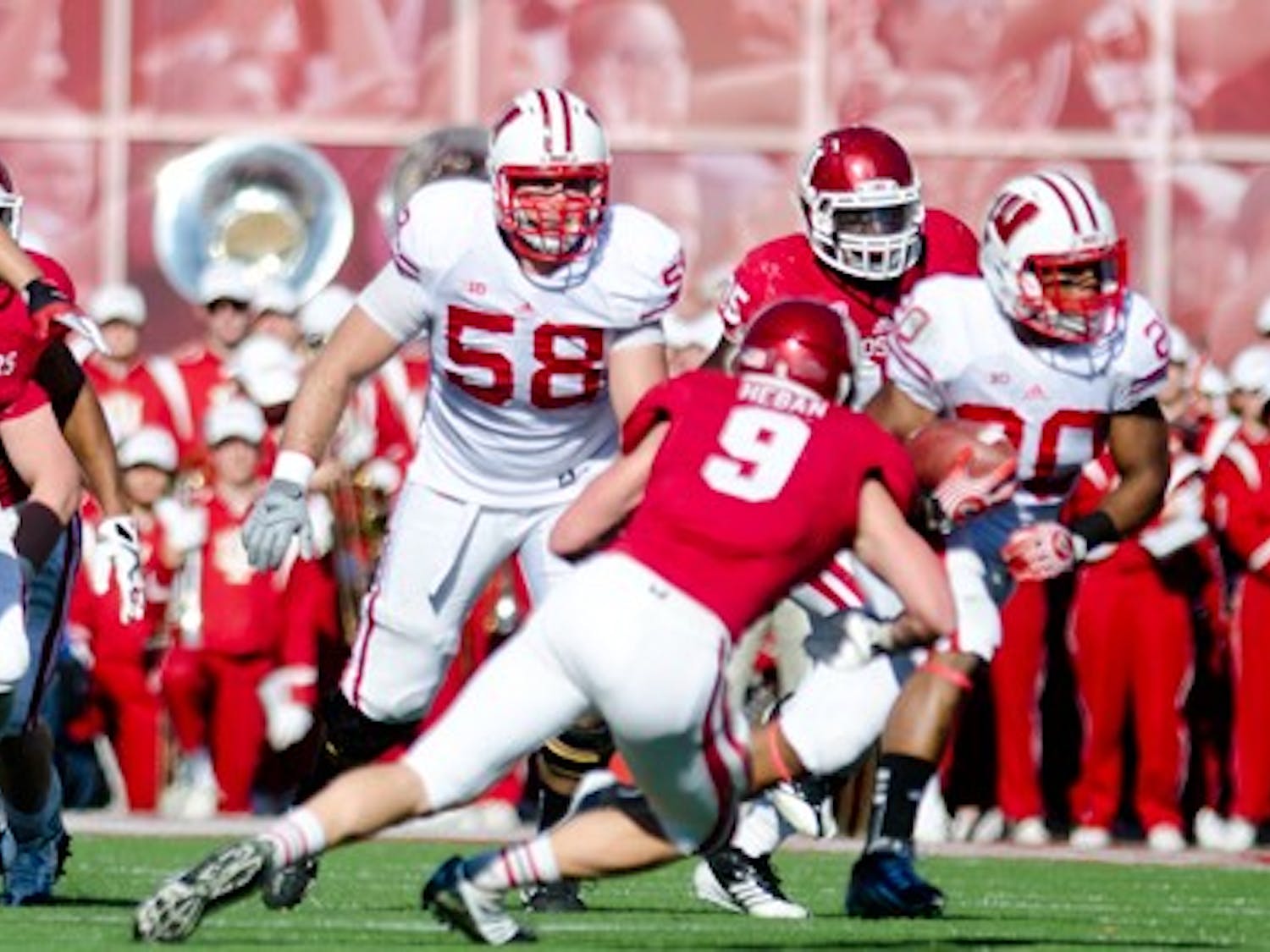 The Wisconsin football team (4-2 Big Ten, 7-3 overall) has proved more than ever this season that it lives and dies by one simple fact: if the team can’t establish a run game, ugly results ensue. 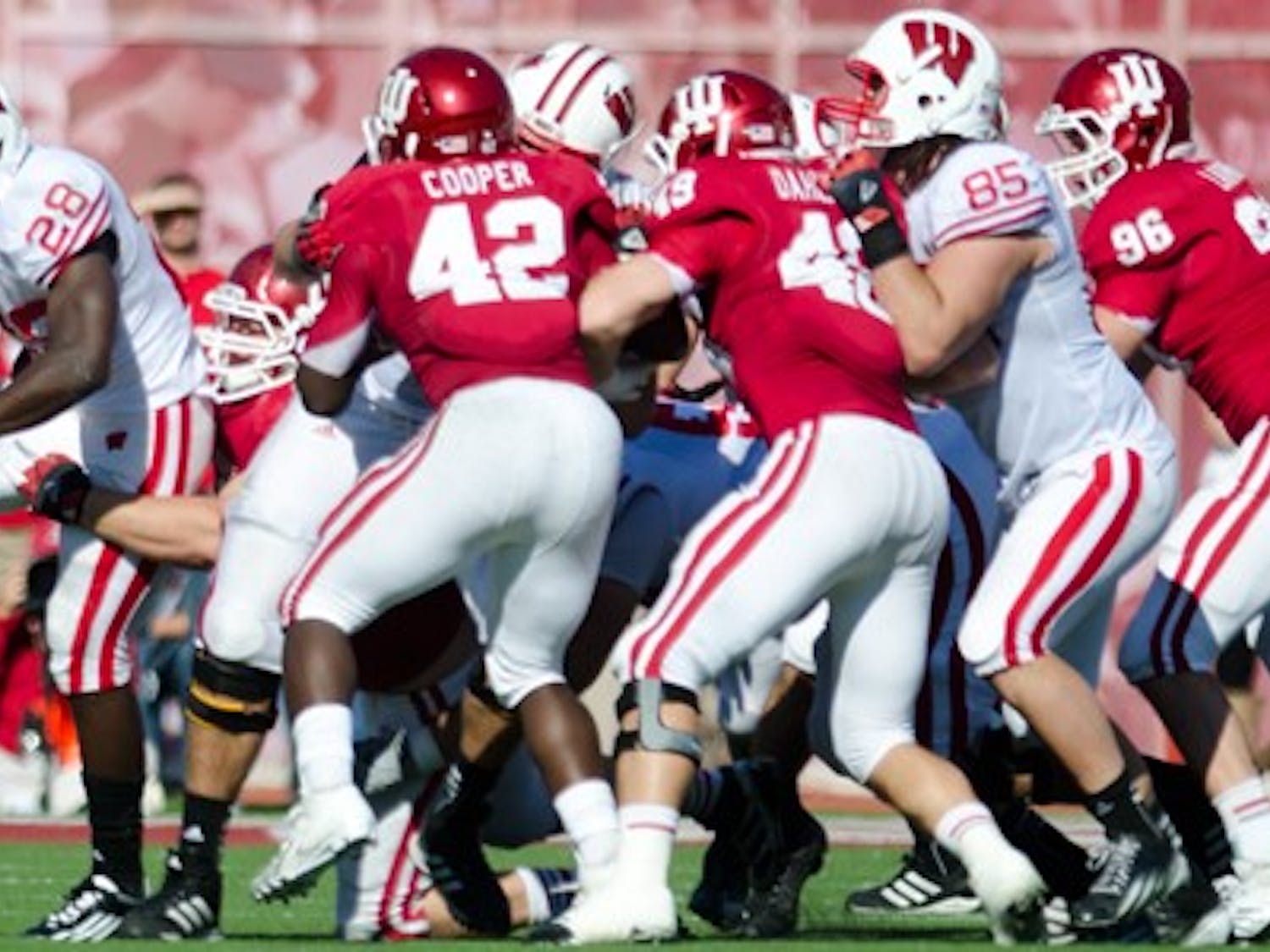 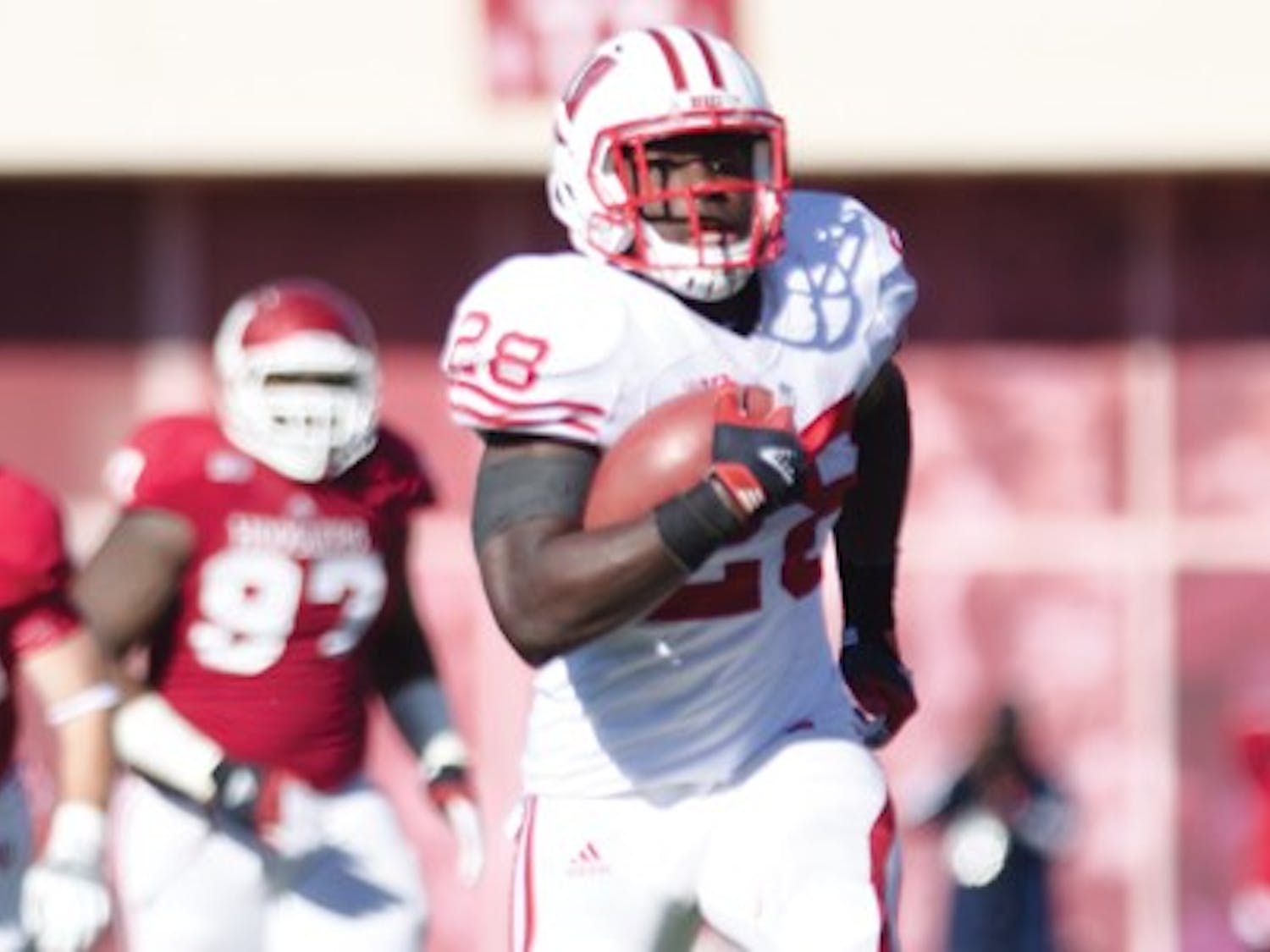 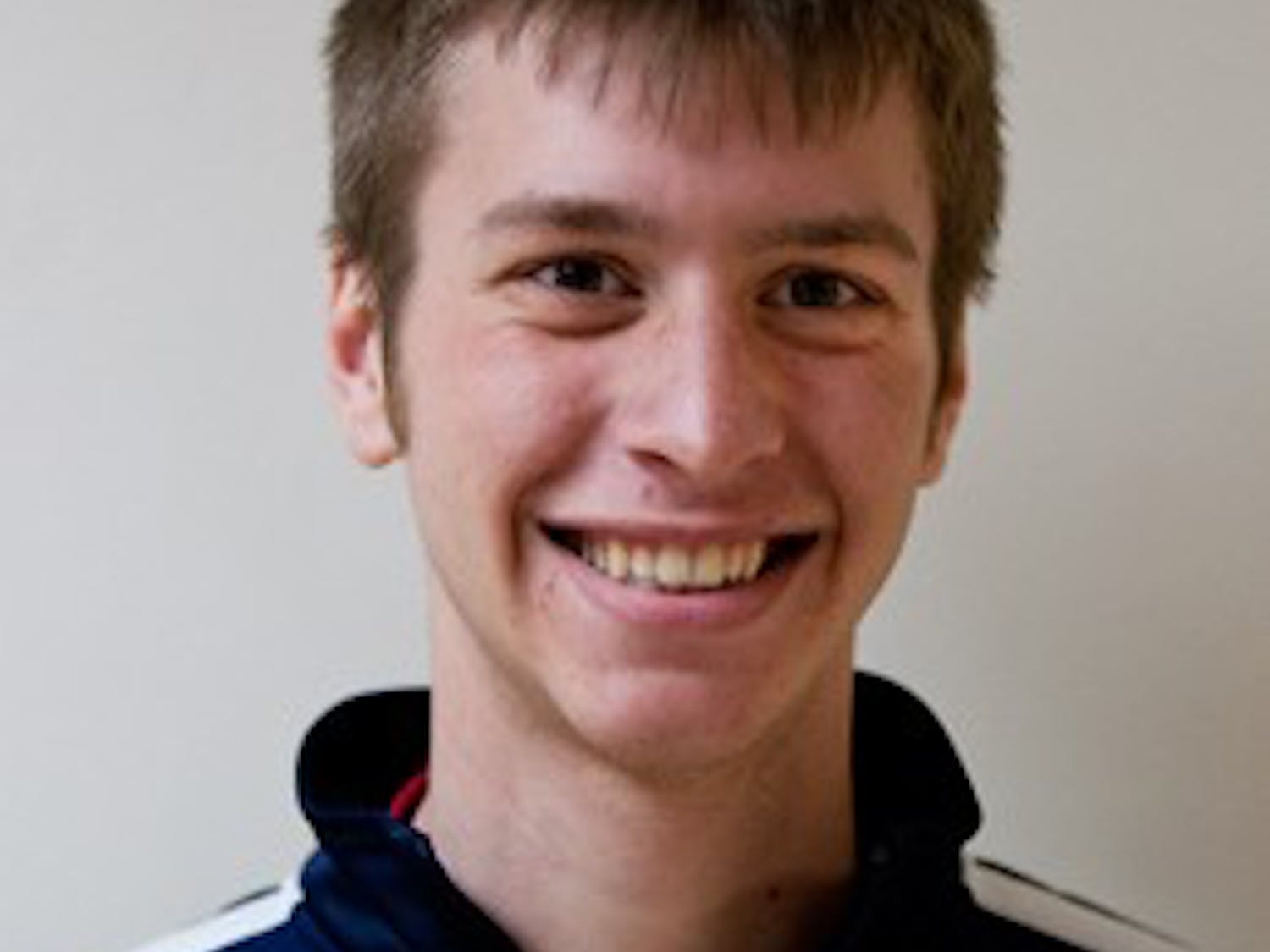 Column: Phillips should remain starting quarterback for rest of season

I, like all Badger fans must be, am extremely happy with the outcome of Saturday’s game against Indiana. And who would not be? 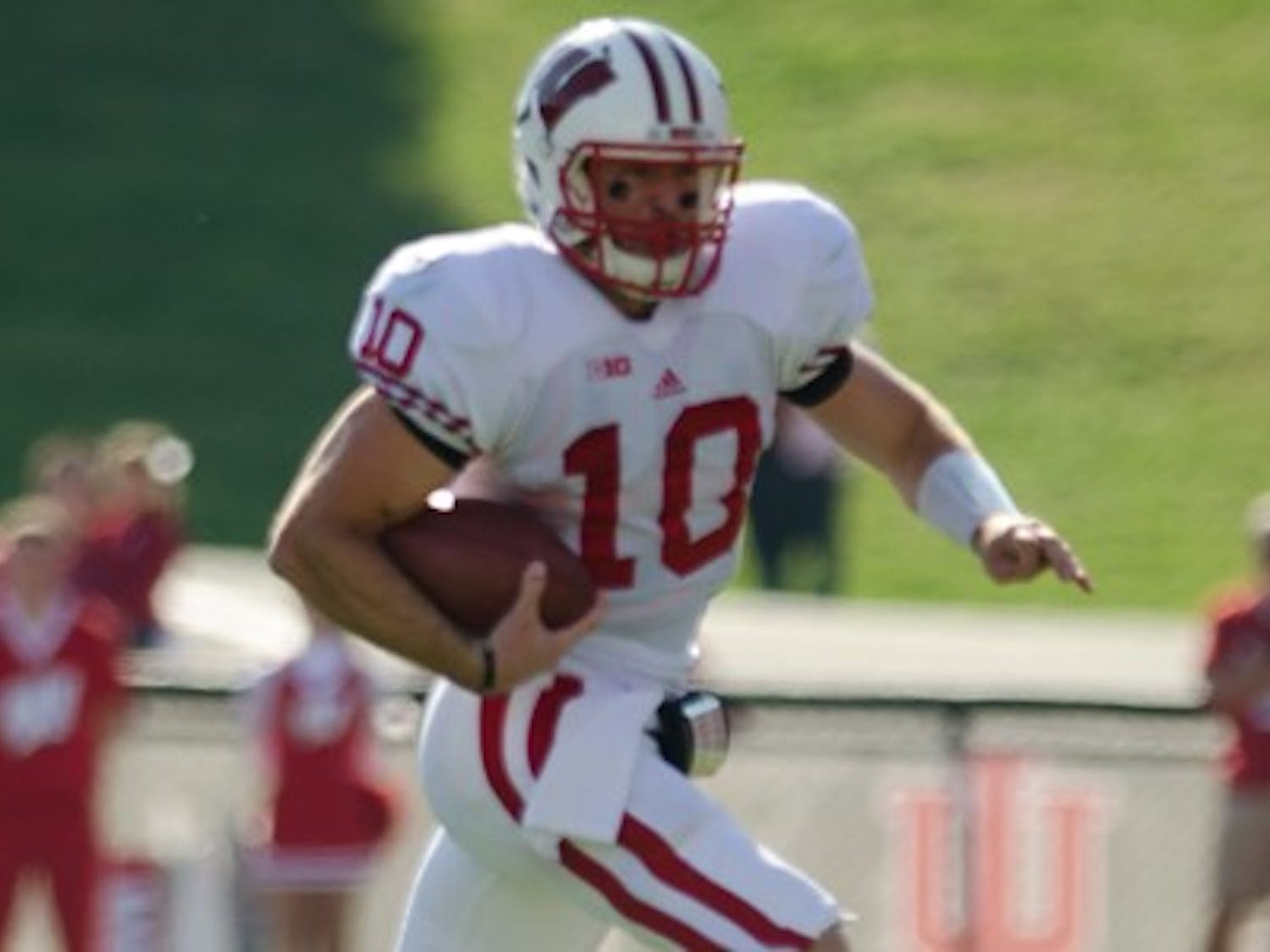 BLOOMINGTON, Ind.—Wisconsin’s (4-2 Big Ten, 7-3 overall) rushing attack made redshirt senior quarterback Curt Phillips’ first start of his career and first time seeing live action since 2009 about as easy as it gets Saturday against Indiana (2-4, 4-6). 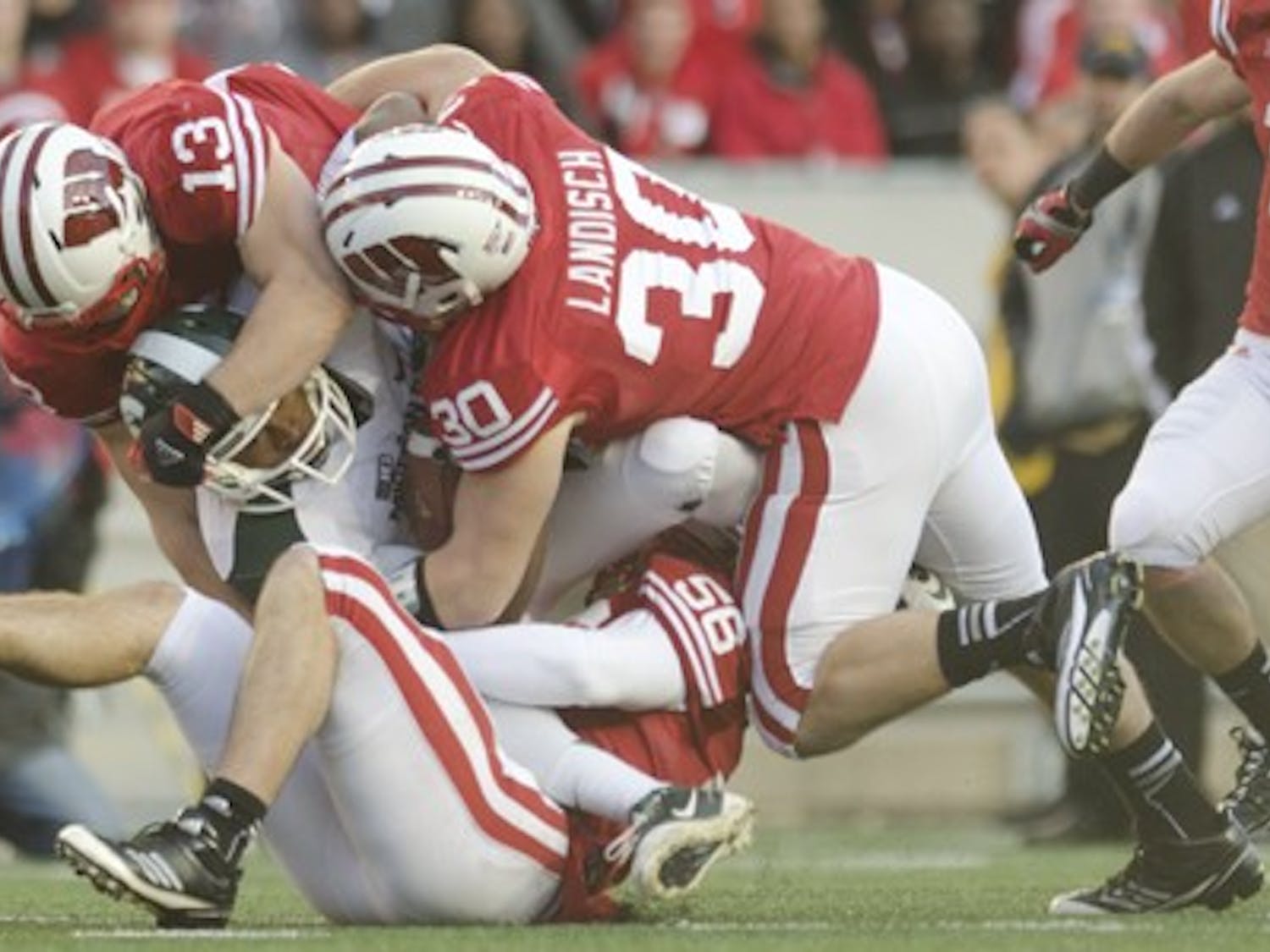 When the Wisconsin football team (3-2 Big Ten, 6-3 overall) kicks off a de facto division title game in Bloomington, Ind., Saturday, it will have its third starting quarterback of the season under center. 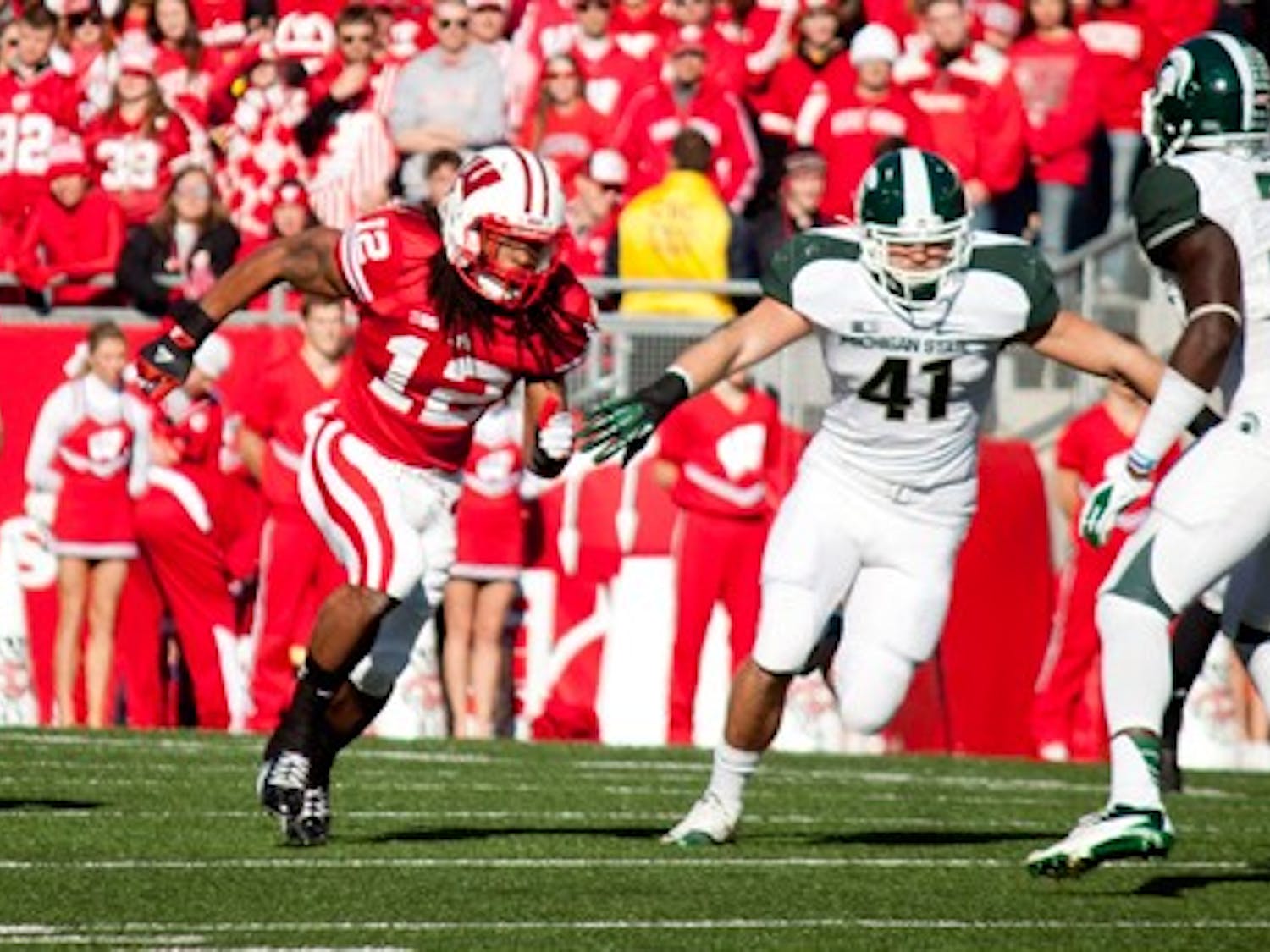 The Indiana offense leads the Big Ten in passing attempts (381) and passing yards per game (299.9). It is tied for second in the league with 19 passing touchdowns and third in scoring (33.1 points per game). Yet the Hoosiers (2-3 Big Ten, 4-5 overall) rank dead last in the conference in time of possession, averaging just 27:13 per game. 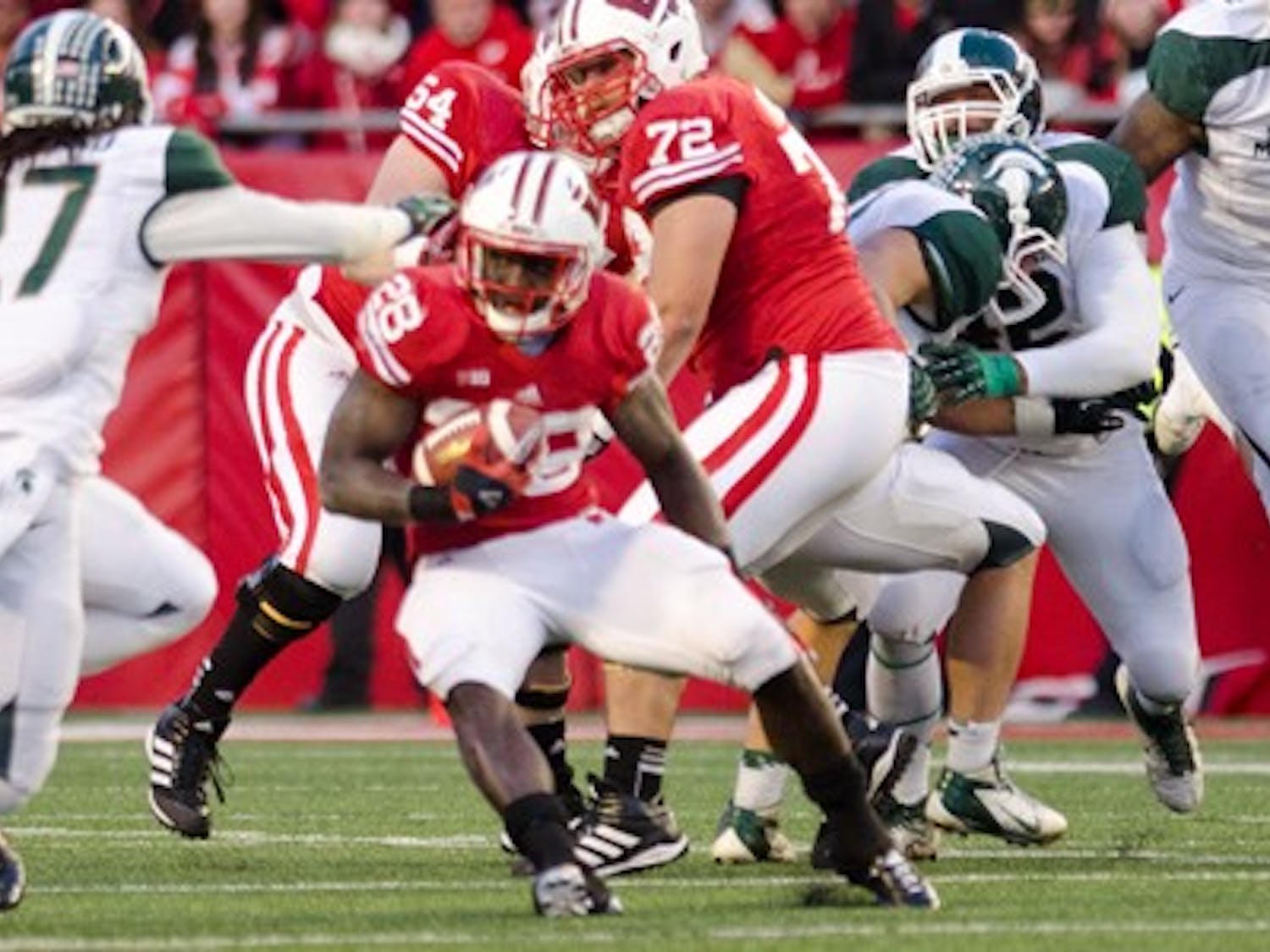 If senior running back Montee Ball gets even remotely close to replicating the numbers this month he put up the past two Novembers, the Badgers’ remaining opponents better brace themselves. 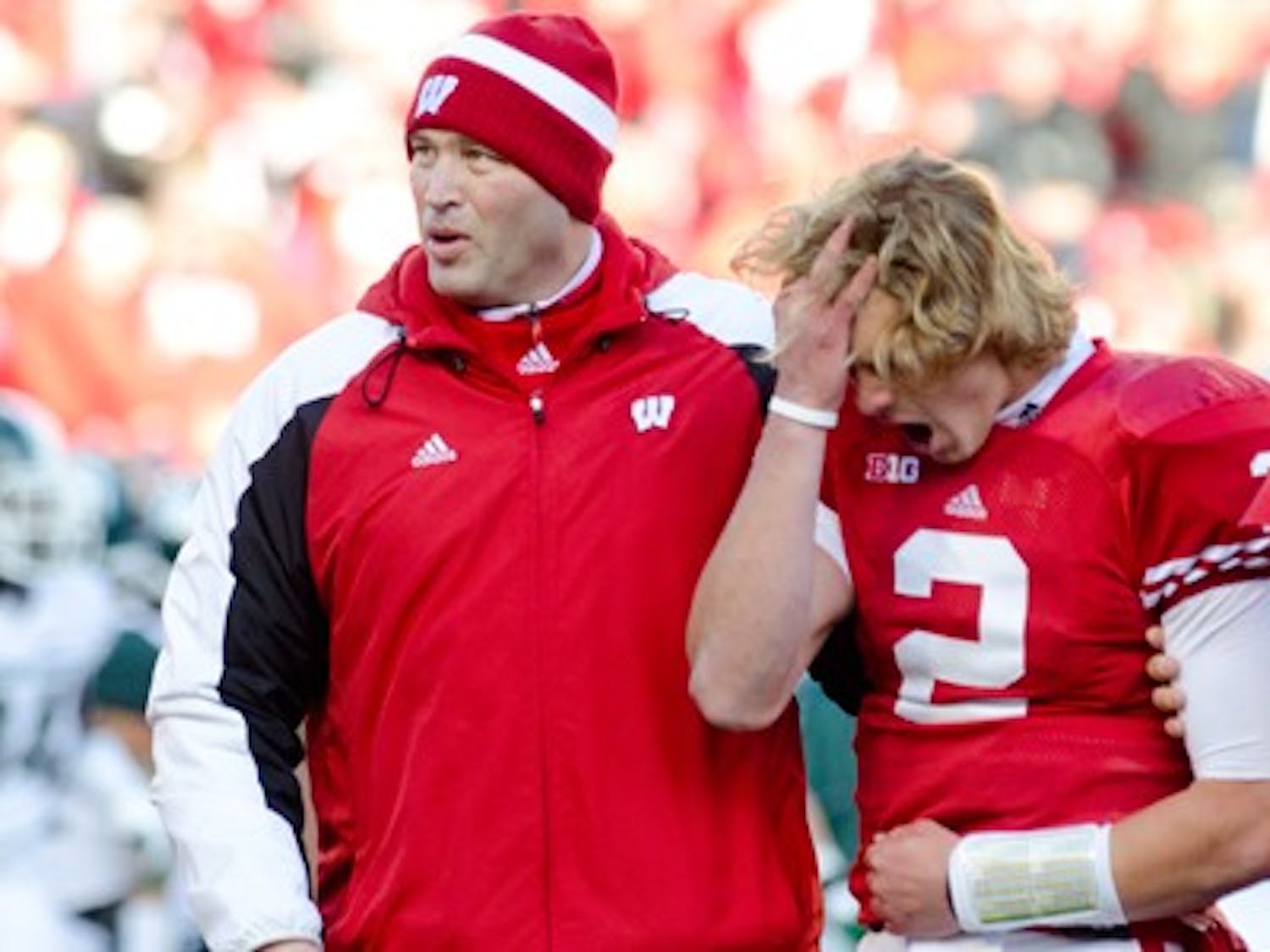 Injured Wisconsin redshirt freshman quarterback Joel Stave made it clear Monday that he is not pushing a comeback in any way, despite his status for the team’s bowl game still being up in the air.

While the Wisconsin offense lit up the scoreboard this weekend against Minnesota State, the defense seems to be hitting their stride after getting off to a slow start to the season. Dating back to the final game against New Hampshire, they have been lights out, allowing minimal shots on goal and have held a shutout for the past 130 minutes.

Column: Big Ten down, but do not change title game structure

In the Wisconsin football team’s ninth game last season, it lost a heartbreaker in Columbus, Ohio. Not only did freshman quarterback Braxton Miller throw the game-winning touchdown with 40 seconds left, but the Badgers had lost on a Hail Mary just seven days earlier to Michigan State. 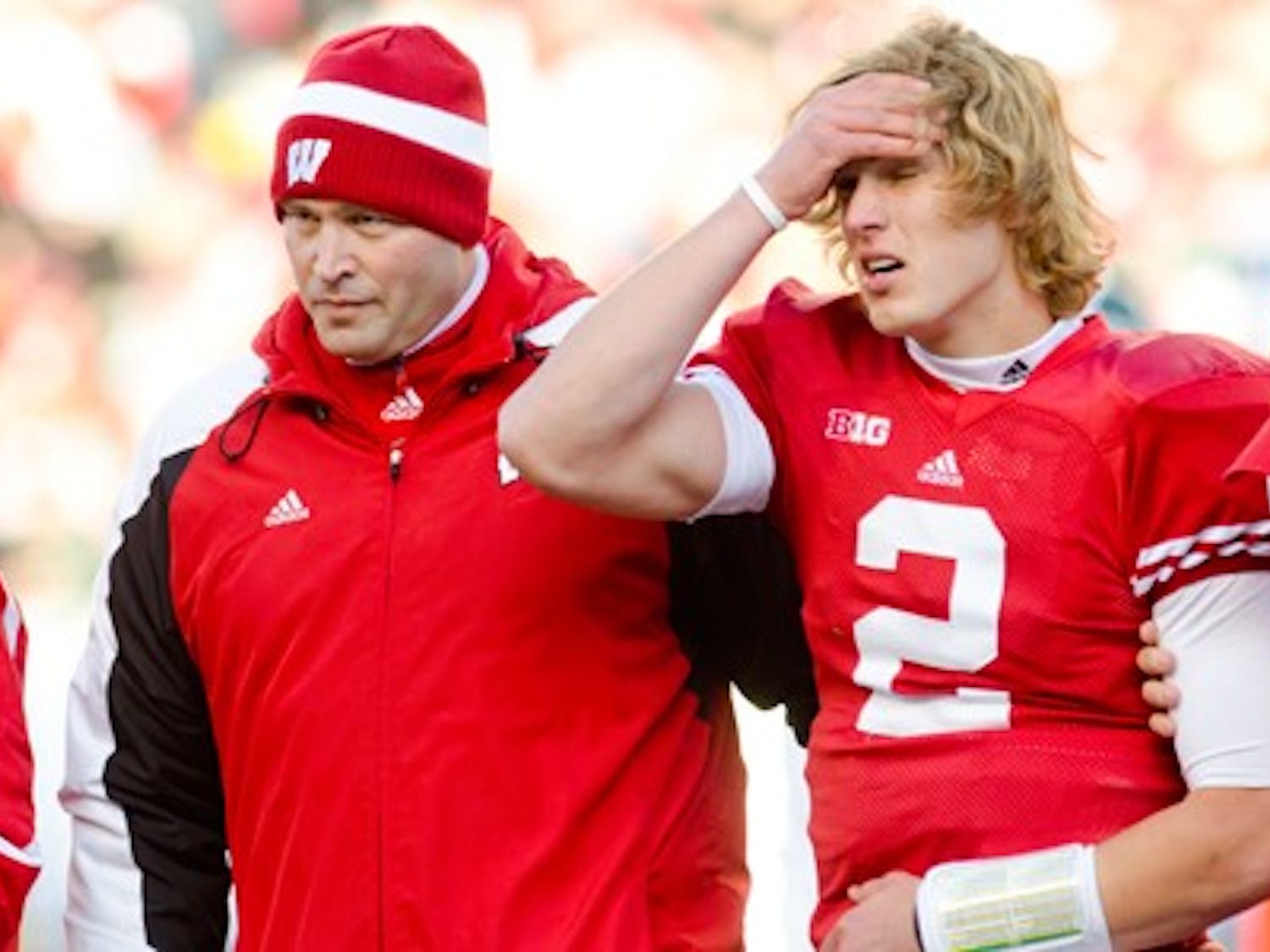