"We’re gonna keep it nice and vibey,” Sarah Vos of Dead Horses affirms of their show at the Bur Oak in early November.

Ducking into the lowly-lit stage room of the Bur Oak a couple weeks ago, I was greeted by a comfortable small stage with chairs and tables. I could feel the intimacy of the space when I first walked in, which was daunting at first.

It was my first time attending a show at the Bur Oak, and the band I was seeing, Dead Horses, was new to me. I looked them up on Spotify a few weeks prior and discovered I enjoyed the chill sound of their music overall.

My expectations were high, but I didn’t quite know what to expect. The crowd around me overwhelmingly consisted of middle-aged and older adults, with the occasional small group of college students sprinkled in. As I watched the other patrons around me mingle and chat, I couldn’t help but think: Is this really my scene?

Then, the lighting dimmed even further as the crowd’s friendly conversations wrapped up and they shuffled into audience-ready positions. A young woman walked onto the stage to a smattering of claps and small cheers. She introduced herself as Courtney Hartman, a Colorado-born singer and songwriter active in the folk music community.

Over the next few minutes, I felt my anxieties melting away as I, as well as the rest of the audience, took in the radiance Hartman emitted. Her sweet demeanor, paired with her powerful yet soft vocals, immediately set the mood for the night.

Every sequenced strum of Hartman’s guitar was an intentional compliment to her lyrics. Throughout her opening performance, I watched her gain confidence as the audience responded enthusiastically to her set. She finished by thanking the audience for their support.

Hartman’s charm left me lost in thought as the lights returned and the audience around me stood up to grab a drink or chat. I searched for Hartman on Spotify and followed her. She most definitely was a pleasant surprise.

Now much more at ease in the room, I took another moment to observe the people around me. I could tell there were some dedicated fans in the room, eager for the show to begin.

There also seemed to be plenty of casual show-goers, perhaps hoping for a fun night out with their significant other.

After an extended intermission between Hartman and the main attraction, the lights dimmed once more as the audience’s chatter died down again. Very casually, Sarah Vos and Dan Wolff entered the stage and began prepping their instruments; Vos, a guitar, and Wolff, an upright bass.

The crowd broke into applause upon their appearance. “How you all doing Madison?!” questioned Vos warmly. Right off the bat, Dead Horses established a connection with the audience — a bond that would persist throughout their set and beyond.

As their accompanying drummer readied his sticks, Vos and Wolff changed gears. While maintaining their easygoing composure, the pair began to play.

Vos, the vocalist of the band, started strong with potent lyrics and a feminine yet robust voice. Immediately, the sound of Wolff’s bass stood out to me. The depth of the sound coupled with Vos’ consistent tone created an atmosphere in which you’re compelled to hang on to every word, yet your body and mind fall into a near meditative state.

As their first song wrapped up, I couldn’t help but notice how comfortable they were on stage. Vos and Wolff had a palpably relaxed relationship with one another and a pleasant disposition towards the audience.

After a hefty round of applause and some friendly whistles, Vos took to the mic once again. She thanked Hartman for providing an excellent opening to their show, adding that she was “fangirling” a bit over being able to collaborate with Hartman.

The duo then continued with their set, presenting a diverse group of songs to the audience. Some songs, like their most-streamed song “Turntable” – which has amassed over 40 million listens on Spotify – carried a groovy atmosphere.

The short strums of Vos’ guitar create an underlying country music vibe, but her lyrics, complimented at times by Wolff’s harmonies, communicate a connection to folk music and nature.

Other songs took the audience on a journey of their own subconscious; Wolff’s skill with the bass shone through to create hauntingly peaceful melodies. The complimenting sounds of the bass, guitar, drums and vocals throughout their set encapsulate Dead Horses’ dedication to balance and harmony.

One song in particular touched me. Early on in their set, Vos took to the mic to preface their next song. She explained her personal connection to the lyrics she wrote, telling a story of a friend of her’s who happened to be gay, “as many people tend to be” – which was received relatively warmly by the audience along with some proud claps and whistles.

Vos described the relationship her friend had with his mother, who didn’t support his sexuality. Despite this, her friend was able to maintain a loving relationship with his mother. Vos wrote the song  “You Are Who You Need to Be” to describe the experience of being queer — and how the world tends to negatively view queer individuals.

The lyrics communicate the struggle of maintaining a queer identity while being shunned by a loved one. Vos and Wolff employ their sensational musical talent to do this topic justice and ultimately communicate that “you are who you’re supposed to be, regardless of what anyone else says.” I appreciated the overarching message: people do not necessarily have to agree on topics to learn to respect and love each other unconditionally.

Vos and Wolff fostered a friendly relationship with the audience throughout the entire show. At the end of their set, Wolff commented on how the band “loves playing in these smaller, intimate” places and thanked the audience for their positive reception of the band and each other.

As the duo walked offstage, the audience remained on their feet clapping vigorously. To my surprised delight, Dead Horses returned to the stage a moment later and asked the audience if they’d like one more song. The response was so positive — they ended up playing three more pieces. Dead Horses left the audience on a high note by playing a song without being hooked up to any speakers or microphones.

The dead silence of the audience communicated great respect and admiration towards the band. It was an amazing experience to be a part of.

A laid-back, personal exchange with the artists

I hung out after the show to see if I could catch Vos and Wolff for a chat, and indeed I did. The two are easygoing individuals, just as they were on stage. Wolff was eager to talk about his and Vos’ beginnings, including the heartwarming comment that Vos is “like [his] musical sister.”

Vos chipped in to tell me how she loved performing in Madison and at the Bur Oak. Both were very kind and receptive to my questions, and willing to talk about their histories as performers.

I even got the inside scoop as to what their band name “Dead Horses” alludes to. It was picked by a former band member and is both a euphemism for a drug and a commemoration of all the “horses that die in war.”

Despite this potentially controversial meaning (as it contains strong allusions to drugs and death) — and the fact that the namer of the group is no longer a part of the band — Vos and Wolff told me they still very much so identify with the name “Dead Horses,” as they made it their own over time.

I had a positive experience with Dead Horses and added a few of their songs to my main Spotify playlist right after the show. Their music spans a variety of genres and is a great listen for anyone interested in some vibey, softly haunting songs. You can check out their Spotify here or visit their website for more details about the band. 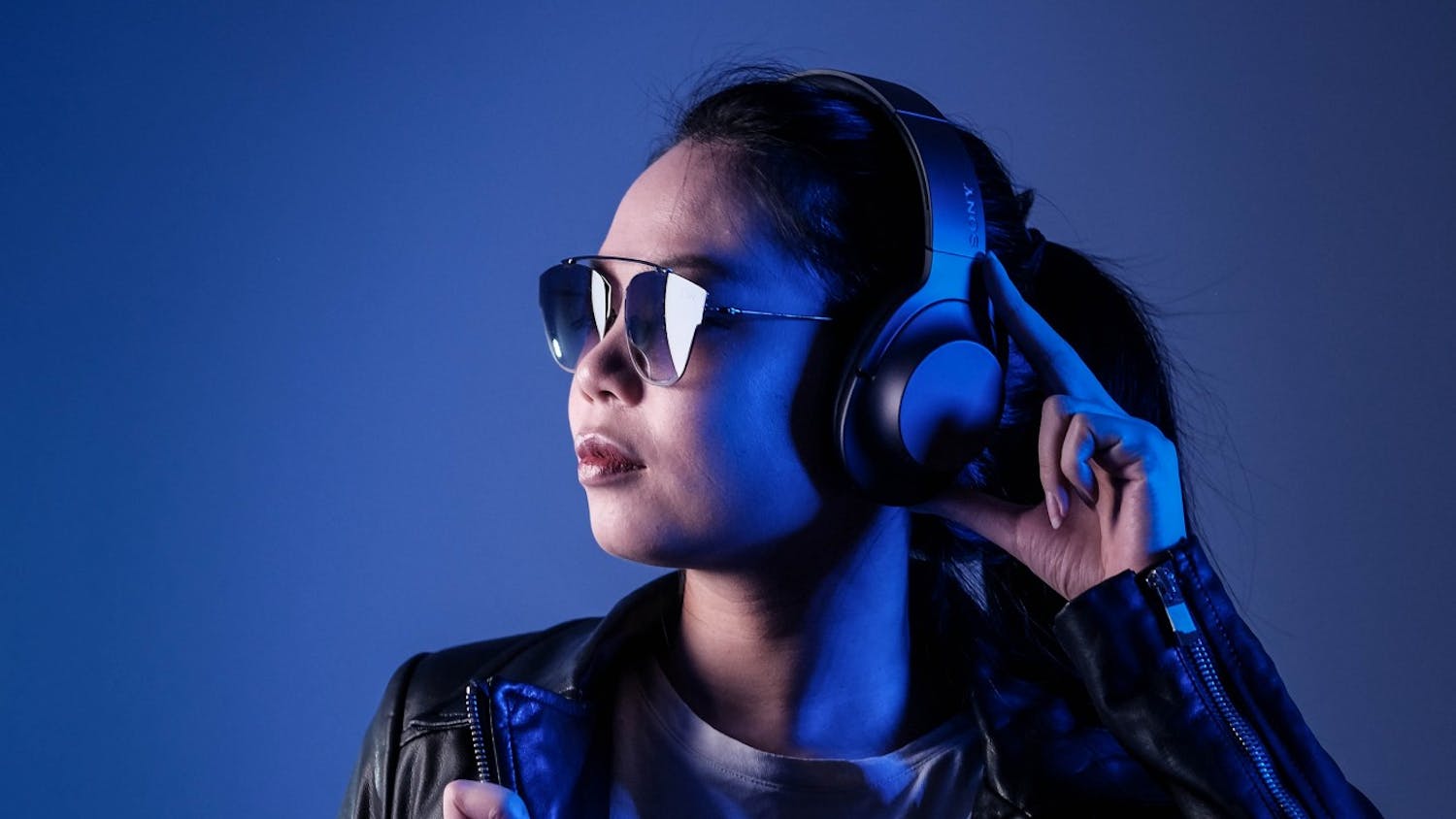