Sen. Ron Johnson should get the COVID-19 vaccine whether he likes it or not

In what has become a somewhat-regular occurrence as of late, Sen. Ron Johnson, R-Wis, once again thrust himself into the national spotlight last week by saying something incredibly dumb.

In an interview with conservative Wisconsin radio host Vicki McKenna, Johnson said that he saw “no reason to be pushing vaccines on people.”

“If you have a vaccine, quite honestly, what do you care if your neighbor has one or not?” he asked.

He went on to say even more ignorant things in that interview — including that promotion of the vaccine made him feel “suspicious” and that he would be choosing not to receive a vaccine — but for now I will just address Johnson’s question.

For one, I would prefer for my neighbors to not get seriously ill and potentially die from a now-easily-preventable illness. I guess that makes me a bleeding-heart liberal or a snowflake or whatever.

While perhaps exceptionally ham-fisted, Sen. Johnson’s callous anti-vaccination comments aren’t a sharp departure from the anti-mask rhetoric we’ve seen from many Americans over the last year. It’s the same lazy hogwash about “choice” and “freedom,” and I consider it a predictable reflection of this country’s hegemonic political and economic doctrines.

But even if we fully embrace the dogma of our free-market capitalist culture and decide that the only person’s well-being worth caring about is our own, it still logically follows that we should want everyone else to get vaccinated. Unless of course you’re a really big fan of low wages, Zoom classes and watching Badger home-games from your couch.

Luckily for all of us, over half of the eligible Americans have already proven themselves to be smarter than Sen. Johnson by choosing to receive at least one dose of a COVID-19 vaccine. However, we still have not yet reached full herd immunity, thanks in no small part to Sen. Johnson’s fellow hold-outs who do not plan to get a vaccine — including 49% of Republican men.

Despite my disagreements with them on this issue and many others, I would still prefer that these folks and their loved ones not die from COVID-19. That is why I propose we take the decision of whether or not to vaccinate out of their hands.

The COVID-19 vaccine, and any other vaccine deemed necessary for the preservation of public health by the epidemiological community, should be made compulsory for all citizens without a medical exemption.

There’s no doubt that such a policy proposal would generate immense push-back, as existing vaccination requirements, such as the ones for public schools in some jurisdictions, are already controversial. However, I believe that the opposition to mandatory vaccinations can be boiled down to two arguments — both of which are unreasonable.

The first argument is the Jenny McCarthy argument: Vaccinations present a meaningful risk to one’s health.

There is no scientific or medical evidence that supports this claim. It is true that in a miniscule fraction of a percentage of cases, certain people can develop adverse reactions to a vaccine or one of its ingredients, but there is a certain level of risk inherent in literally everything. I wouldn’t tell you that airbags are a bad idea because they sometimes kill people. As with airbags, the benefits of vaccinations outweigh the risks to such a degree that the risks are no longer consequential.

But maybe that research is simply yet to be done, and, somehow, it really is true that we don’t know the extent of vaccinations’ effects on our health. Fine. What we do know is that thanks to vaccines, we’ve virtually eradicated a number of debilitating and sometimes fatal diseases that once made our lives significantly shorter and nastier. We should act on what we know, not on flakey speculation.

The second argument is the “slippery slope” argument: A phrase that everyone knows yet somehow forgets is simply the name of a common logical fallacy. The argument does not always take this exact form, but it goes something like this: Mandatory vaccinations would make America an authoritarian state.

First, I find it amusing that some people all of the sudden become very concerned about liberty when they are otherwise fine with the NSA snapping pictures of them through their laptop camera or with cops murdering kids in the streets with impunity.

Second, there is nothing overbearingly inconvenient about getting a vaccination. It takes 30 minutes out of a person’s day, maximum, and the worst-case-scenario in 99.99% of cases is that their arm gets sore and they feel crummy for a few days.

Finally, and most importantly, there is an authoritarian element to literally every rule and regulation imposed by even the most democratic governments. That’s just how laws work. Most serious people* don’t whine about communist tyranny because they have to get a driver’s license to operate a car and put on a seatbelt once they start the engine. We accurately recognize these mandates as reasonable and necessary measures to protect not only the driver themselves, but everyone else on the road.

Nick is a Junior studying Journalism and Spanish. Do you think we need to require COVID-19 vaccinations? Do you think Sen. Johnson’s rhetoric is harmful? Send all comments to opinion@dailycardinal.com.

Big Pharma profiteering is to blame for the ongoing pandemic

Laziness and a lack of flexibility 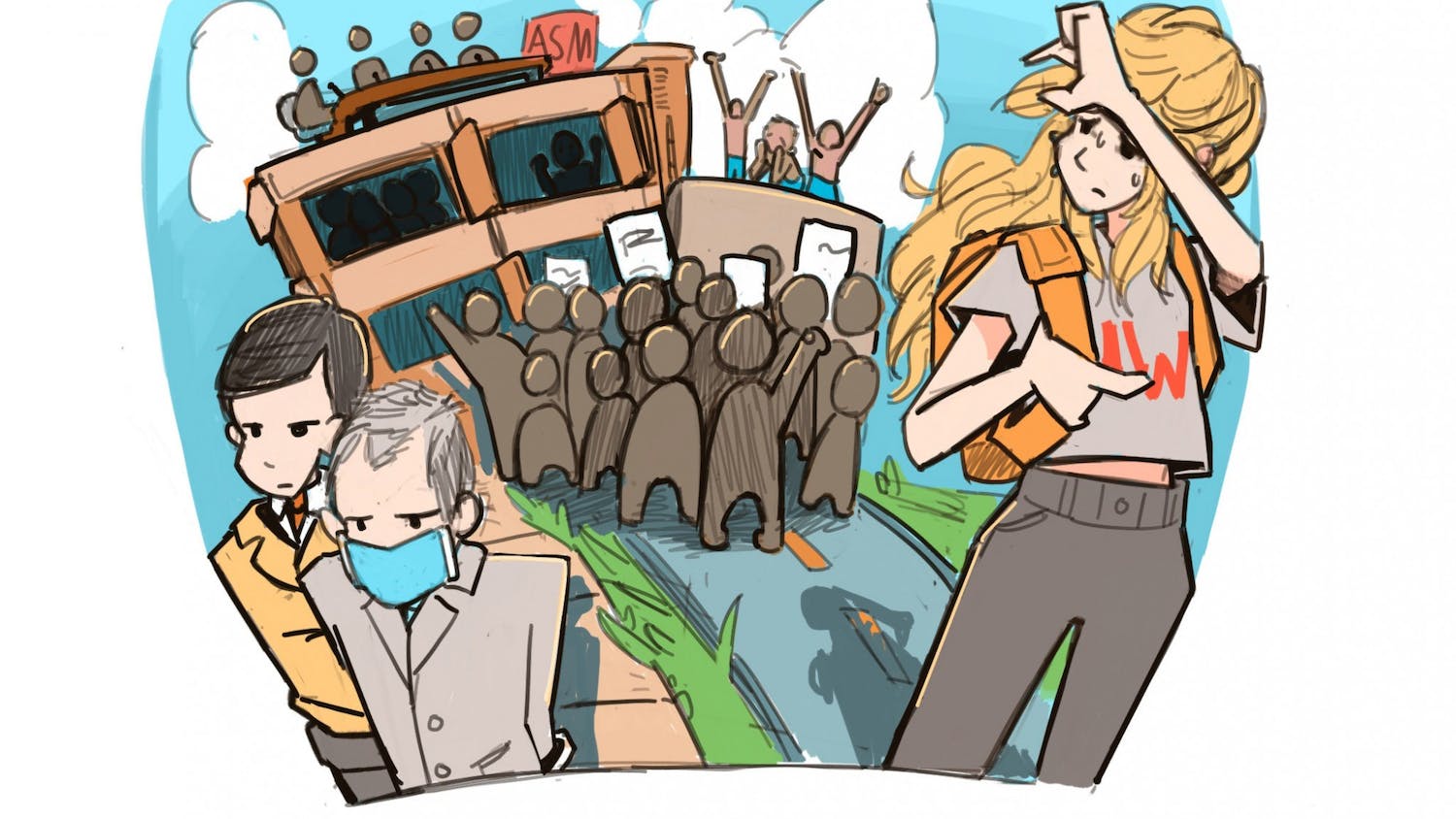