Trump's term to end with extortion

It was revealed on Sunday, Jan. 3, that President Trump, in truly bizarre fashion, intimidated and attempted to coerce Republican Secretary of State of Georgia Brad Raffensperger into “finding” approximately 12,000 votes in Georgia, which would in turn secure him the 16 electoral votes from the state.

On Sunday, The Washington Post published the audio as well as a full transcript of the call placed between President Trump, his lawyers, Secy. Raffensperger and Ryan Germany. The conference call was initially in regards to reviewing the claims of fraud within the state of Georgia’s election process, but it quickly devolved into an unhinged barrage of unsubstantiated claims, as well as intimidation tactics on the part of the president.

Throughout the call, Trump falsely repeated dozens of times that he, in fact, won the state of Georgia by “hundreds of thousands of votes” and that Raffensperger was deliberately ignoring Trump’s allegations and withholding investigations into the matter, according to the Washington Post. On multiple occasions, he also provided erroneous statistics from unverified sources that were meant to prove that the election had been falsified, but were directly challenged by Secy. Raffensperger and Germany.

At one point, Trump falsely claimed that upwards of 5,000 deceased citizens voted (See claim #1) in Georgia during the 2020 Election, but Raffensperger quickly denied his inaccurate figures and corrected the president by stating that their investigations only found two deceased voters.

Indignantly, Trump then berated Raffensperger by questioning his motives for challenging the President’s claims and stated that “big tech was on [Raffensperger’s] side,” as well as highlighting the Secretary of State’s lack of party loyalty, by repeatedly emphasizing that Raffensperger is a Republican and inferring that he should want a ‘fair’ outcome for the President because of it.

As if rejecting verified reports from the Georgia Secretary of State regarding the election results was not bad enough, the president then said rather bluntly: “All I want to do is this. I just want to find 11,780 votes, which is one more than we have because we won the state,” according to the Washington Post. In reality, Biden won Georgia by 11,779 votes, and the President is clearly asking for one more vote to overtake him and win the state.

It is no exaggeration to say that this is one of the most grotesque uses of Presidential powers that the American public has seen in decades. It somehow almost triumphs over President Clinton’s administration actively discrediting his survivors of sexual assault.

Despite the backdrop of unsubstantiated claims of mass voter fraud from the president for the past few months, Trump has finally delivered the American people undeniable proof of an attempt to artificially alter the outcome of the election. Such an attempt was, unsurprisingly, perpetrated by the president himself, instead of an unsanctioned act by one of his cronies.

Stunningly, in front of multiple witnesses on the call, he asked Raffensperger to “find” votes which would overturn the 2020 Election in Georgia. It is impossible to determine what disaster of logic had to befall this man for him to make such an outrageous and illegal request so casually on a recorded phone call, even if he was being recorded without his knowledge. The irony and hypocrisy is astounding, as Trump has repeated without repose that the election was stolen from him, but now it is revealed he wishes to follow the same course of action that he alleged Biden adopted.

Right-wing apologists were out in droves, as many stated that the president “misspoke” and that he simply wants all legal votes to be counted. That may very well be the case, but that is not what he said. You can try to alter it to fit a narrative, but when he thought his words were safe behind closed doors, he spoke quite deliberately as to how he wished for votes to be “found.”

If the conservatives who have been bellowing “Stop the Steal” for the past two months have an iota of self-awareness and consistency, they would immediately see that such requests by the president are the epitome of everything they have decried. But alas, party loyalty prevails over moral principles.

What kind of logical dissonance has to occur within this group of people for them to support the very kind of actions they were vilifying Biden for, who was vindicated by multiple probes?

The answer as to why the right will immediately contort their viewpoints to the current developments is simple: ideological possession. The ideal that Trump is the underdog, the persecuted, the righteous man, is something that cannot be tarnished for his supporters. In completely buying that he is this herculean figure in American politics, anything Trump does is simply an attempt to battle the establishment. Supporters refuse to acknowledge that these new developments exhibit a wholly anti-democratic move by the president.

This debacle is highly troubling, as it underscores that even during the last few weeks of his presidency, Trump is trying to subvert the Constitution as well as the outcome of a free election by illicit means.

Unfortunately, the nightmare was not yet finished. Before the call ended, Trump accused Raffensperger and his team of allowing fraud to go unchecked within the state of Georgia, and added that doing so is “a criminal offense” and Raffensperger would be taking “a big risk” by not complying with the president’s requests.

This is sheer intimidation and corruption, and it should not be a partisan issue to state so either. The president is caught on tape alluding that if Georgia’sSecretary of State was to not follow his instructions, criminal charges would follow. The contortions one has to make to excuse this type of blatant extortion by a sitting president is beyond laughable; it is unhinged. This is comparable to the Nixon Tapes, yet many on the right still try to excuse it.

To make matters worse for Republicans, a Raffensperger adviser told Politico that they recorded the conversation with Trump because such illegal requests were not uncommon from prominent Republicans. This adviser stated: “Lindsey Graham asked us to throw out legally cast ballots. So yeah, after that call, we decided maybe we should do this.”

Evidently, illegal requests and extortion are a common enough occurrence from the president and his supporters that government officials feel the need to document their exchanges as a way to exonerate themselves of any wrongdoing, as well as to place a spotlight on this egregious corruption.

However, Jesse Kelly, a right-wing host, feels that the true crime committed regarding this phone call is the breach of “man code” in releasing this audio. He also added that “you don’t repeat things that are said to you privately.” In other words, “snitches do indeed get stitches.” This is just a taste of the deflecting we will see in the coming weeks, such as the belief that releasing audio of a sitting president intimidating officials into falsifying election results is not the real trespass here.

This phone call is not just proof of a serious lack of ethical judgement, but also of a propensity for criminal activity. It was illegal. There is no sugar coating that.

In the current aftermath, prominent Democrats, such as Rep. Alexandria Ocasio-Cortez (D-NY), are beginning to clamor for new impeachment charges to be brought against Trump, which would mark the second impeachment proceeding of his first and only term.

The question that Americans should be asking themselves is this: How many other officials has Trump intimidated and extorted behind closed doors? Georgia is only one of the states he would require to overturn, so it is not a stretch of the imagination to question if he made similar requests to officials in Wisconsin, Michigan and Pennsylvania.

If any of this can be considered humorous, it is that President Trump has finally been vindicated in his claims of election fraud. Secy. Raffensperger and his team did exactly what Trump had been asking for: they uncovered evidence of election tampering and made it accessible for the people of the nation.

Ian-Michael is an Opinion Editor at The Daily Cardinal and a freshman studying Political Science and Journalism. Do you think Trump committed another crime? Do you think this is a dangerous attack on our democracy? Send all comments to opinion@dailycardinal.com. 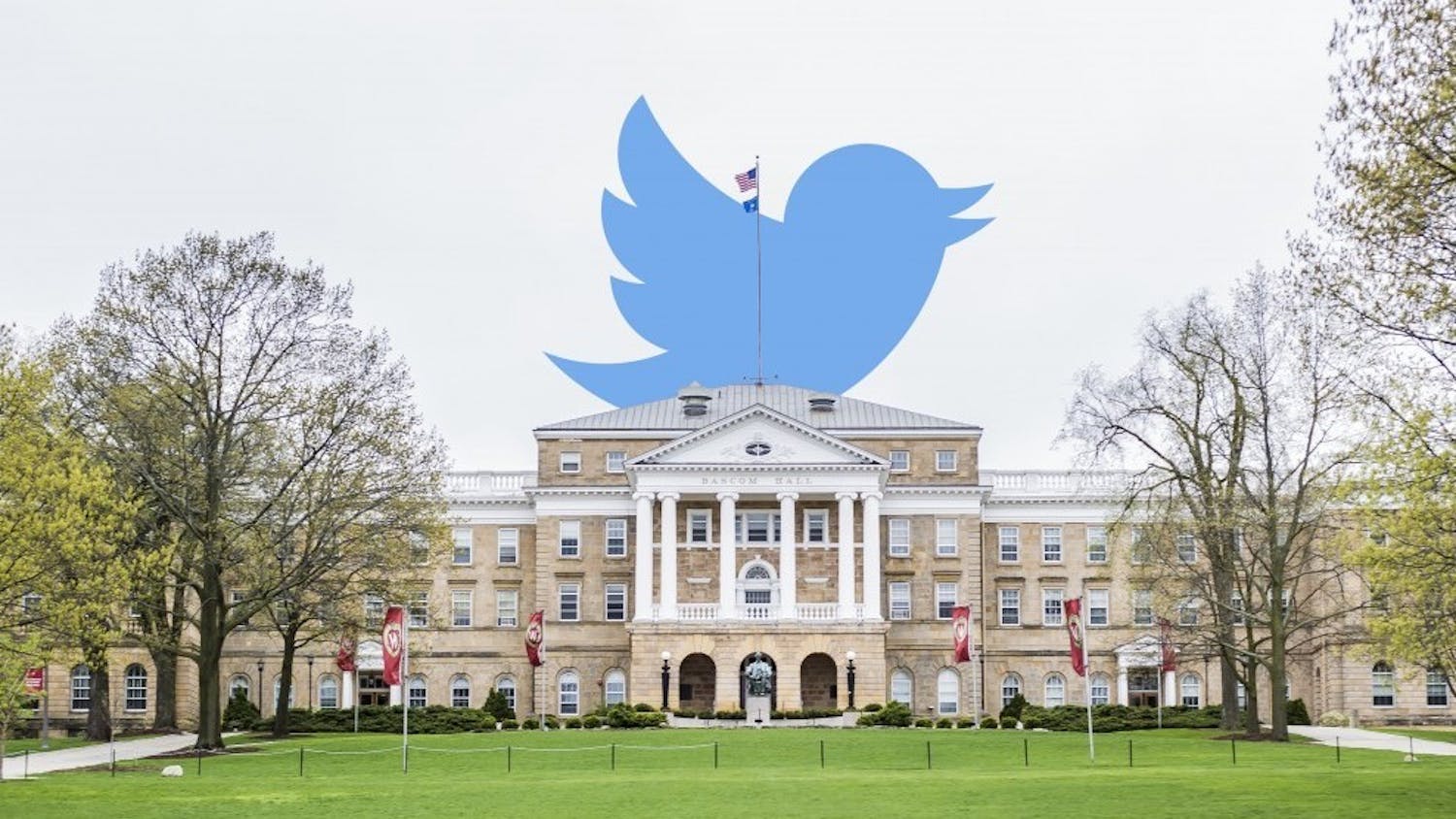