It wasn’t very pretty late in the game, but the No. 13 Wisconsin Badgers (4-1) were able to hold on to their 17 point first half lead against the Rhode Island Rams (3-3) Wednesday afternoon to win 73-62.

Rhode Island came into this matchup averaging near 80 points a game on 48 percent shooting, but Wisconsin’s sixth ranked Ken Pomeroy defense was able to hold URI to 18 points under their average on just 43 percent shooting.

“We had a lot of energy and we were the aggressor right out of the gates, especially on defense,” senior guard Brad Davison said after the game.

Wisconsin shot the ball poorly throughout the afternoon, hitting just under 39 percent from the field, but was able to rely on its defense to spark fast breaks. In the first half alone Rhode Island turned the ball over 11 times, leading to 15 points for Wisconsin.

“Coach Krabenhoft did a great job scouting these guys in the couple days we had to prepare,” Davison said. “They have a different style of basketball than we do in the Big Ten, so it was a good opportunity for us to learn going into March.”

Rhode Island came out firing in the second half however, matching their first half total just eight minutes into the second. URI dominated Wisconsin’s big men in the post, doubling the Badgers point total in the paint.

“If we get the ball in the paint I expect us to score there,” head coach Greg Gard said. “We tried to do some stuff in the first half under the rim that didn’t really work, but we need to finish those.”

URI actually shot significantly better than Wisconsin on the night as a whole, but turnovers and foul shots ultimately doomed the Rams on a night where the referees took over the second half.

There were 32 (!!) fouls called in the second half — good for about for one every 40 seconds. URI committed five more turnovers than the Badgers did on the night, as well as taking and making 11 less free throws than Wisconsin.

“Unnecessary is the word I’m going to choose right now [to describe the fouls the Badgers committed],” Gard said. “All those fouls add up eventually — it stops the clock and lets the other team back in the game. If [Badger players] want to want to stay in the game they have to stay out of foul trouble or I’ll yank them.”

Fatts Russell, the Rams best player offensively, was held mostly in check by the Badgers all night. Russell was held to just 3-14 shooting from the field, with eight points, one assist and three turnovers.

“I’m going to have to dig deep into Rhode Island’s box scores to find the last time Russell was held [in check] like that,” Gard said. “Trice did a great job on him, I thought we had him frustrated all game.”

Senior guard Brad Davison led the team in scoring on the night, posting a season high 23 points to go with three rebounds and a couple steals. Senior forward Micah Potter scored 13 behind Davison, and senior forward Aleem Ford was the third Badger in double digits on the night with 11.

A little lost in the shuffle tonight was senior forward Nate Reuvers, who’s first half rejection of Ishmael Leggett put him atop the all time block leaders for Wisconsin, whose career block total of 156 passed Ethan Happ’s total of 154.

The Badgers next game isn’t for another week, when they’ll take on Northern Iowa in Madison next Wednesday. 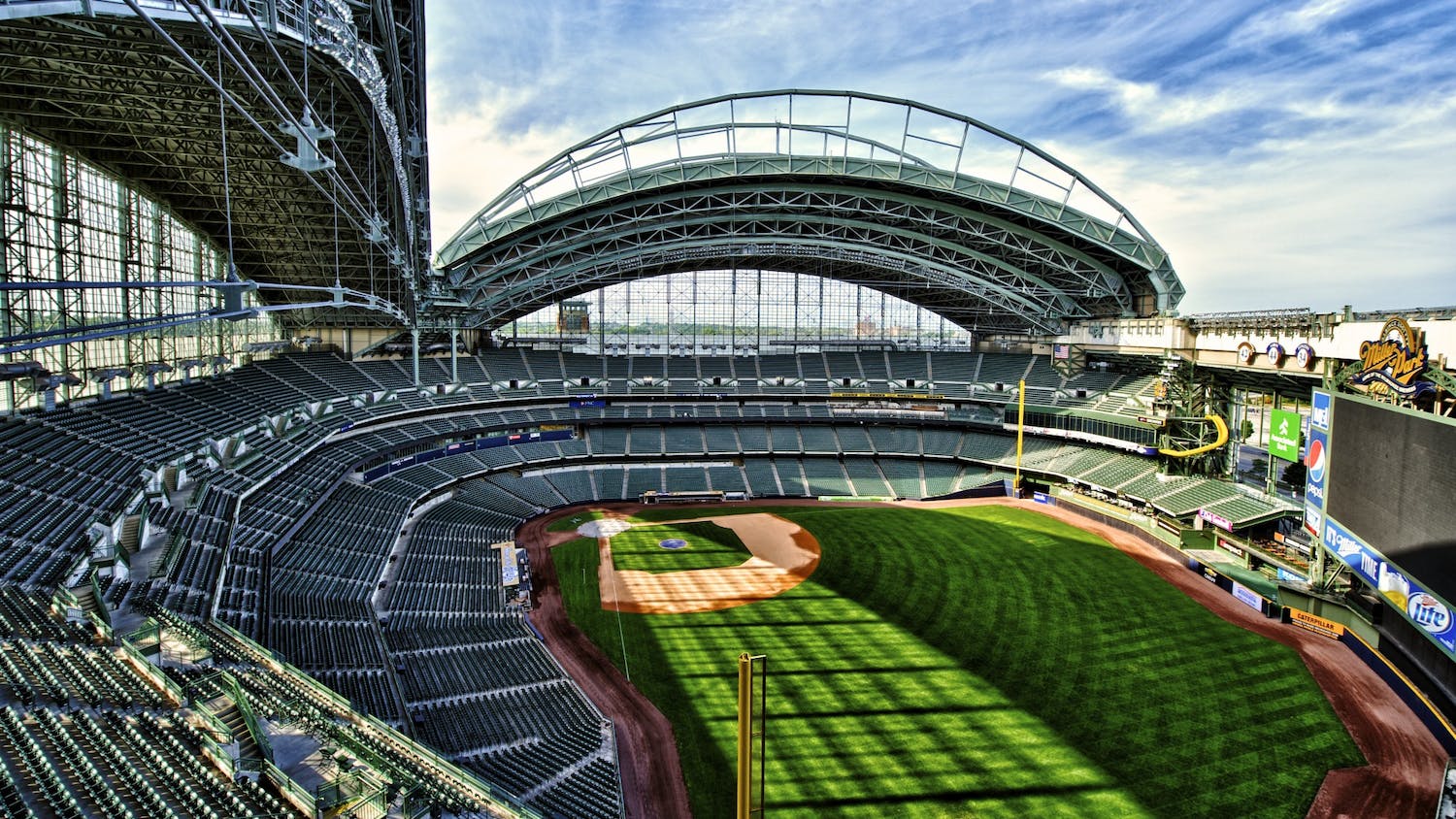