Unfortunately, it should come as no surprise during this time that even the period of mourning for the historic Supreme Court Justice Ruth Bader Ginsburg would become a subject of partisan polarization, as she passed away surrounded by her family on Sept. 18.

Just hours prior, Ginsburg dictated her final wishes to her granddaughter, which pleaded that her “most fervent wish is that [she] will not be replaced until a new president is installed.”

Ginsburg knew from her lengthy experience as a public servant that her death would result in a venomous disagreement between the parties over her replacement. With limited ability, she expressed her belief that with Election Day looming so large and so near, the respectable action would be to make none at all until after the People made their voice heard this November. She was correct in that belief.

By no means is this election already decided, but many Republicans are acting as if the next four years in the White House have been secured. The expressed intention to push through a nomination is not only unjust and abhorrent, it would also be historic, due to the close proximity to Election Day, as it would be one of the few times it has ever happened.The notion of a rushed confirmation is objectionable and should not be given another thought.

However, that did not prohibit the U.S. Senate Majority Leader Mitch McConnell from announcing, only hours after the report of her death, that he expects to have a Supreme Court Justice nominee from the President immediately and that the Senate will vote to confirm said nominee.

I admit that there is no shock in Sen. McConnell’s poor taste, and equally poor timing. He has a long track record of his undying loyalty to party politics and an unwillingness to reach across the aisle. He has repeatedly blocked bipartisan bills, some of which would have had vast improvements for millions of Americans, such as the recent drug pricing bill which would have lowered costs of medicine.

Sen. Chuck Grassley was outraged when his bill was not supported by his colleagues, and he was reportedly told that McConnell had “asked [Republican Senators] not to.” Though, perhaps the most egregious fact of it all may very well be the sheer hypocrisy.

Observe the following quote: “The American people should have a voice in the selection of their next Supreme Court Justice. Therefore, this vacancy should not be filled until we have a new president.”

That sounds quite similar to Ginsburg’s final wish now doesn’t it? If you have never encountered that quote before, it may surprise you to discover that those are the words of Sen. McConnell.

He had stated such in March of 2016, eight months before the 2016 Election of Donald Trump. At the time, Justice Scalia had just passed away and the Obama administration had expressed interest in proposing the nomination of Judge Merrick B. Garland to replace Justice Scalia on the Supreme Court.

In a fit of righteous indignation, Sen. McConnell loudly proclaimed that any attempt by the administration would be blocked by the Senate majority, in the interest of preserving freedom and democracy.

In a similar vein, Senator Lindsey Graham had said in 2016 that “If there’s a Republican president in 2016 and a vacancy occurs in the last year of the first term, you can say Lindsey Graham said let’s let the next president, whoever it might be, make that nomination.” Well, if one asks they shall receive. That very day has come and Senator Graham has gone back on his words and sided with the Republican majority.

Hypocrisy can be quite the fickle thing.

How could this situation be any different than that of the confirmation battle of Garland? Does our current dilemma consist of different facts which prove the two instances to be unalike?

The only difference is that the roles are reversed today. Sen. McConnell was fighting to make sure the Supreme Court would not lose a conservative judge in 2016 and he is currently doing precisely the same thing. This party-loyalty based hypocrisy eats away at the bridge of bipartisanship and furthers the gap which separates the Republicans and Democrats.

Partisan polarization is not always a bad thing. Usually, it is an indicator that the topic at hand has immense value and it draws the attention of the country and the rest of the world. It is significant, it can be vitriolic, but it should be just. However, this current dilemma is simply unjust.

It is a culmination of everything wrong with partisan politics of the 21st century. One party sets a precedent, only for them to walk it back a mere four years later for their own gain, in an attempt to sway the Supreme Court resoundingly to the right.

Perhaps the greatest tragedy of it all lies with the degradation of the Supreme Court’s status. It was created as the highest court of the land, one of which sat high above the petty disagreements of politicians and interest groups. It was meant to be the personification of the law and of justice. The nine justices which sat upon that bench were the nine individual representatives of the United States Constitution at work.

That is what Ginsburg saw it as. It was an immense responsibility to her, above blue or red, and it represented the stewardship of the citizens which abide by these laws. However, this is not the essence of what it has transformed into today.

Today, it is a political bargaining chip, another topic for the party leaders to squabble over. Arguments over a left leaning court, or a right leaning court will be splattered over the front pages of every main newspaper in America. Politicians have turned the seat on that bench into a partisan debate, precisely the opposite of what it should be and Sen. McConnell could not be a more apropos example.

The Supreme Court was where civil liberties went to be debated — and ultimately upheld; where the laws which govern this country went to be improved and updated for the ever-progressing society.

Obviously, landmark cases which have severe consequences on American life can become political. That is their contentious nature, but that does not mean that the highest court in the land should be yet another battlefield of unending partisan war.

Sen. McConnell and the political cronies of his ilk do not care about maintaining your republic. Their goal is to further their agenda and their tedious grip on all facets of American life. Their hypocrisy over the nomination of a Supreme Court justice is simply another instance of their ability to contort their views to mold to their previously stated goal.

Do not misunderstand, this is not a condemnation of the Republican party. It is, however, a denunciation of the duopoly of American party politics and the hypocritical contortions that surround it. This represents a larger problem than just Mitch McConnell, or Chuck Schumer, or any individual politician. It is a microcosm of all of the failures of both parties, leading to the inability to work as one, to create a more perfect union.

This is a systemic failure which is put on display time and time again, with little improvement each time.

There had been some in Congress who wished to abide by the precedents they set for themselves four years ago and to grant Justice Ginsburg’s final wish. Republican Senators Lisa Murkowski and Susan Collins have publicly stated that they object to a vote before the election and that leaves only a semblance of the word ‘majority’ for Sen. McConnell. There was serious doubt that Republican Senator Mitt Romney would tow the company line either. He had broken from his colleague’s combined efforts before, such as his vote to convict and remove President Trump from office earlier this year. Unfortunately, Romney has recently stated that he will cast his vote on the nomination based on the Nominee’s merits, which is a way of saying that he will support filling the seat.

Assuming all Democrats and these two Republican senators object, that leaves Sen. McConnell with a slim 51-49 majority, but likely enough to push through a nomination.

It is unclear how this will resolve itself, in either direction. What is certain is that whatever the outcome is, it will have a lasting impact not only on the Supreme Court, but for the precedence which it may set within the Senate. It is a hopeful sign to see Republican Senators extending their hand to those on the opposite aisle, in a mutual attempt to block a further degradation of party relations, and of the Supreme Court itself.

After all, if the Republican majority in the Senate rushes this nomination and confirms a new Justice, each and every Republican Senator who rallied against the nomination of Merrick Garland will have lost every bit of the credibility, along with their dignity. It will have a lasting effect on the merit of their words, as if the stereotype of politicians needed any reinforcing.

Ironically, Sen. McConnell may be the one to push the Senate to not allow the American people the opportunity to have a say on Election Day in the selection of a new Supreme Court Justice.

Ian-Michael is a Freshman studying Political Science and Journalism. Do you think the Republican party is hypocritical? Do you think this is disrespectful to Ginsburg’s dying wish? Send all comments to opinion@dailycardinal.com 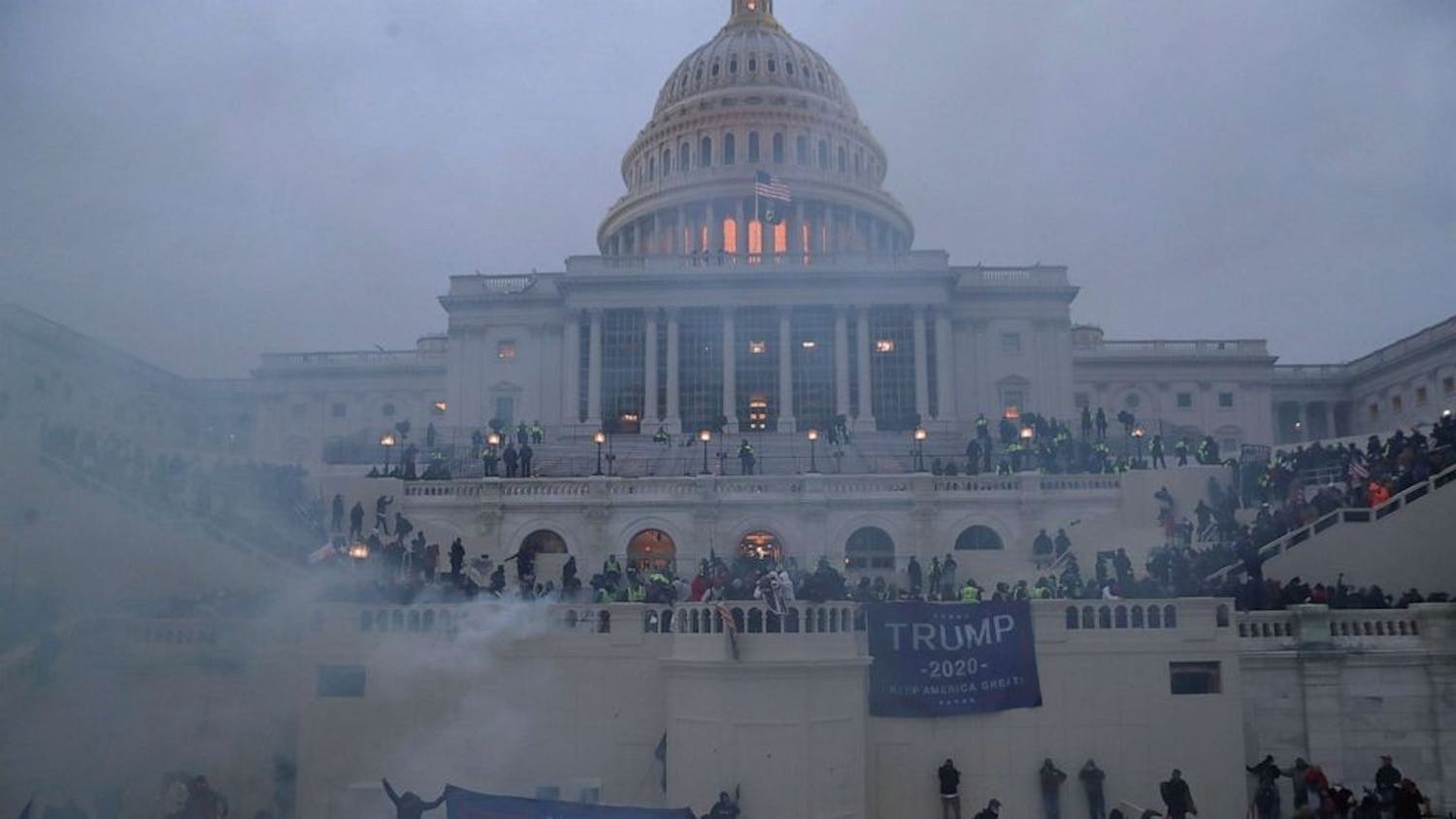 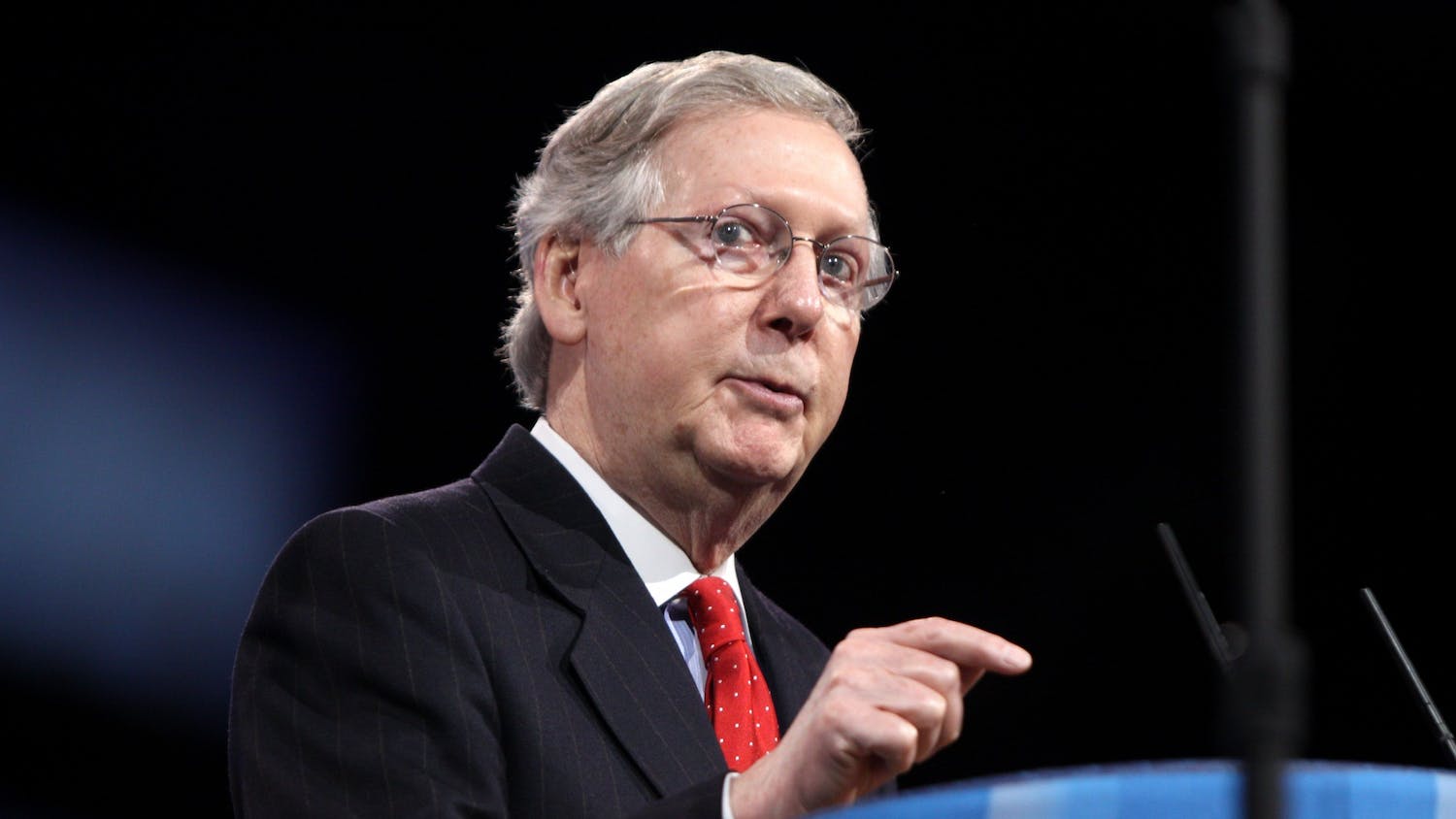