What’s in a name? The power of labels in disability identity, perception

After obtaining a law degree from UW-Madison, Nicki Vander Meulen attempted to find work as a lawyer, but received rejection after rejection.

“The minute any law firm found out I was disabled or autistic no one hired me,” she explained.

These firms had concluded that since she was unable to perform simple office tasks — like making copies — she would also be an ineffective lawyer.

After being turned down from 300 other opportunities Vander Meulen — who was diagnosed with cerebral palsy and Aspergers syndrome when she was 3-and-a-half — opened her own practice and now spends her days representing juveniles.

“I can argue a legal case very easily but it will take me forever to fold, staple and line things up because my hands are impaired,” she said. “They made the wrong assumption.”

In this sense, the label “disabled” opened the door for potential employers to lower their expectations of Vander Meulen’s competency.

The language our society uses surrounding disability is powerful and always changing. While some of these developments aim to improve accommodations and reduce assumptions, they maintain the ability to reinforce negative stigmas and stereotypes.

Labels — like “disabled” and the many words our society has to discuss disabilities — can be key to helping humans make sense of society as long as they are used correctly, explained Dr. Will Cox, a social psychologist in stereotyping and bias at UW-Madison.

“Generally speaking, a label itself isn’t a bad thing,” he said. “If you’re using a label without taking that label and generalizing it to more negative things or to make assumptions about people, they can be useful.”

However, how people perceive and understand disability depends on the time period, culture and society’s perspective, said Kate Lewandowski, an access consultant at the McBurney Disability Resource Center.

Lewandowski herself identifies as culturally Deaf and part of the linguistic minority who use ASL to communicate. She does not identify as disabled.

Our society has words to describe many different disabilities — and these words and definitions continue to develop with time.

In the past, the Deaf community, for example, were labeled as deaf and dumb, then hearing imparied and now deaf or hard of hearing, Lewandowski explained.

Likewise, people with intellectual disabilities used to be called feeble-minded, then mentally retarded, then cognitive disabilities until they reached their current classifcation.

“Definitions and how people are identifying can push the society [to change language], but it takes time,” she said through an ASL interpreter. “It definitely takes time for the larger society to accept those words and those identities.”

With any stigmatized group, especially as they become more visible in society, there is always a learning curve with what labels to use, Cox said.

Even now phrases like hearing impaired, mentally retarded, handicapped and other words and labels that have been deemed offensive are still part of everyday vocabulary.

Lewandowski argued that we need to look at who is most perpetuating the use of these words and the perception that comes with them — whether it’s the news, medical professionals, legal framework or society as a whole.

“The hardest [word] is still the R word. That’s the one I want to get rid of completely,” Vander Meulen shared. “It has been used in such a negative context and some words you just can’t get back.”

After repeated demand, Wisconsin removed “mentally retarded” from all legislation earlier this year.

Often changes in language are driven by the community of people the labels are meant to describe, but it takes cooperation from broader society to implement these changes.

“The reason for all this change in language, all this back and forth is because until 10 years ago no one ever asked individuals with disabilities what they wanted to be called. They just named us,” Vander Meulen said.

There are two broad ways in which labels are applied with regard to disability identity — person-first or identity-first language — but disability is a spectrum and individuals have different perceptions of their disabilities and their identity as disabled.

Person-first language means putting the person before the disability, explaining what a person has and not who a person is. For example, a person who has a disability instead of a disabled person.

In contrast, identity-first language is used to take back the word and is often embraced when people see their disability as a key part of their identity.  It is most common in the Deaf and Autistic communities.

Both Vander Meulen and Lewandowski use identity-first language, but recognized this is more common in their own communities — Autitsic and Deaf, respectively — than in others.

Lewandowski clarified that many individuals might not identify one way or the other because they haven’t ever had the opportunity to decide due to our society’s overall lack of conversation regarding disability identity.

“It’s really hard to say you’re in one camp or the other camp because honestly I feel like exposure and awareness of that concept is not typically talked about,” she said.

Vander Meulen shared her Autism is not only a source of pride, but her identity as an Autistic Adult or an “Aspy” — her preferred labels — has helped her find a community.

“When people ask why we want to be labeled it’s because we want to be seen as a whole. We want to exist, shall we say, instead of just a scatter of people,” she said. “We got sick of identifying ourselves as other. This is a way to say we are part of a community as a whole.”

However, she clarified that every autistic — and every person with a disability — is different.

More than just a word

While labels can help build communities of people with shared experiences and help others know what to expect from a person with a certain disability, the development of these expectations can also lead people to make incorrect assumptions.

“Labels are complicated because on the one hand we need words and labels for things to just be able to talk about issues but then also they can kind of bring with them stigma or stereotypes,” Cox said.

We gain these associations from a young age so they become well rehearsed, he added.

And these stigmas are more than just how we think about people — an individual’s identity and behavior can be influenced by the way society labels them, according to the American Psychological Association.

Human brains absorb messages so depending on how a label is interpreted, individuals can internalize expectations of their identity and competency, Cox explained.

While labels do contribute to the assumptions people make, these same labels are necessary to providing individuals with accommodations they may need in school, work or everyday life.

The Americans with Disabilities Act defines disability as a physical or mental impairment that substantially limits one or more major life activities.

Originally signed into law in 1990, the ADA was amended in 2008 to expand the definition of disability in order to provide accommodations and protections to more people.

“There is so much history and stigma with disability and that’s very powerful.  I still think stigma is happening today,” she said. “When you identify as disabled, I think naturally able-bodied people have a reaction to it — they have a reaction to the word ‘disabled.’”

As people begin to recognize the stigma around the label disabled, they — especially able-bodied people — want to be sensitive to the language they’re using and have tried to make changes. Instead of disabled, the terms “differently abled” or “disAbled” are on the rise.

Lewandowski believes the intention was to change the stigma, but argues it does the opposite because it reinforces that having a disability is a negative thing.

“You’re still not saying they’re an able-bodied person. You’re still saying this is a person with a disability — it has the exact same meaning behind it [as disabled],” she said. “But you’re saying ‘differently abled’ as a way to cover up ‘disabled.’”

In response to this delineation between able and disabled and the systematic establishment of able as the default identity, a new term — neurodiversity — has gained traction, most prominently in the autistic community.

Neurodiversity — also expressed as neuro-typical versus neuro-divergent — is a way to counteract the word “normal” as applying to able-bodied or able-minded people.

“What is normal? We don’t know,” Vander Meulen said. “Normal is not a person — it’s a concept.”

With neurodiversity, it’s possible for neuro-diverse people — often meaning people with intellectual disabilities — to argue that their way of seeing the world is not abnormal but just another way of looking at things.

Language is dynamic, but it is not enough to only change the words we use. We must also change the connotations and perceptions behind these words, Lewandowski explained.

One in four Americans have a disability, according to a 2018 CDC report, which implies that the chances of having or knowing someone who has a disability at some point in one’s life is high.

“[Having a disability] is part of what it means to be human,” Lewandowski said. “Until the attitude changes, why not use the word disabled? Why does it have to be perceived as a bad thing?”

Cox believes it is possible to make this change if we can take the time to listen to each other and pay attention to the meaning behind our words.

“There’s always going to be room for development and recognizing the way labels might bias the way we talk about or think about someone else,” he said. “Being open to changing the labels that by default pop into mind is always a good thing and just working to show that you care about other people’s experiences.” 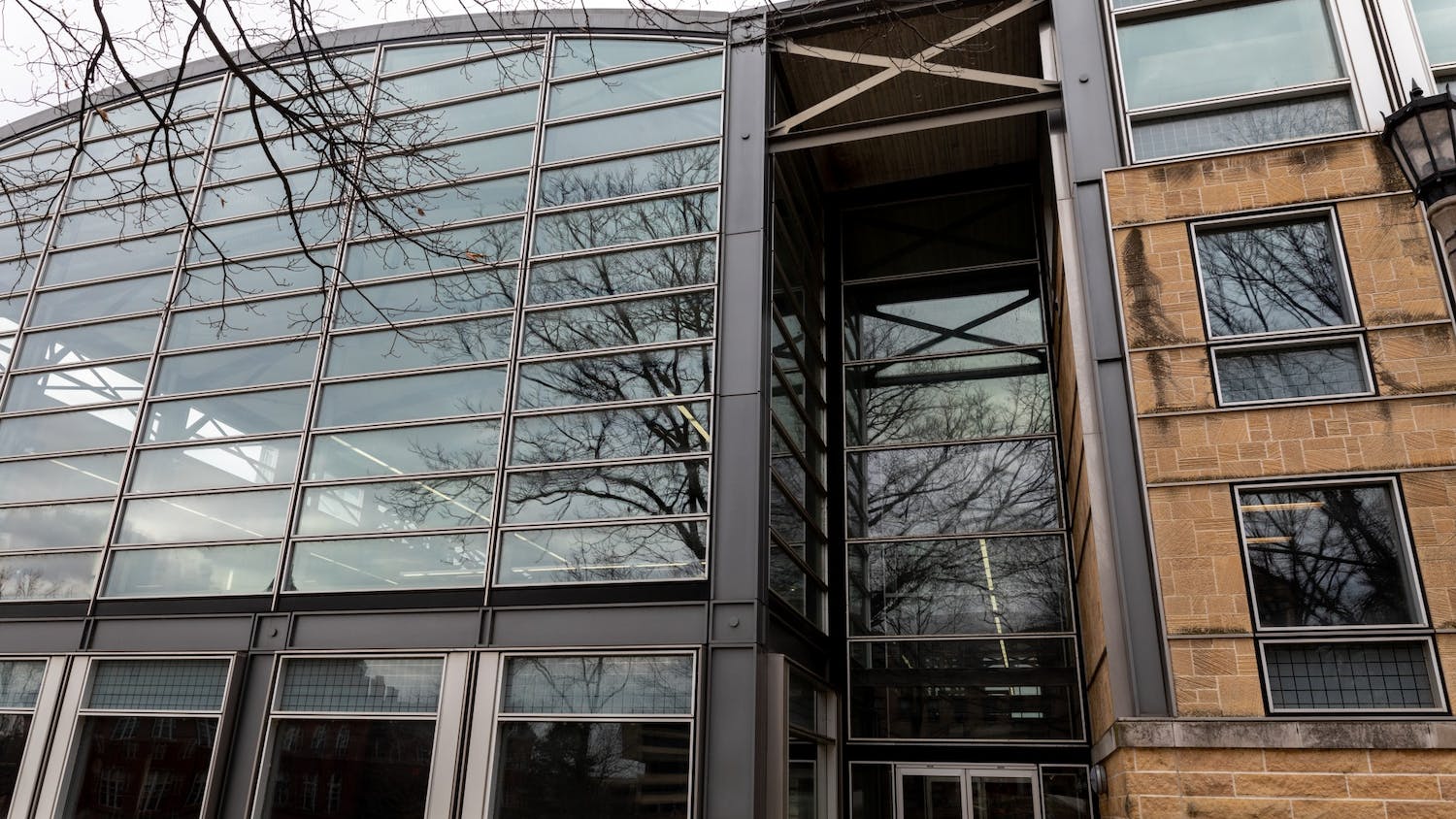 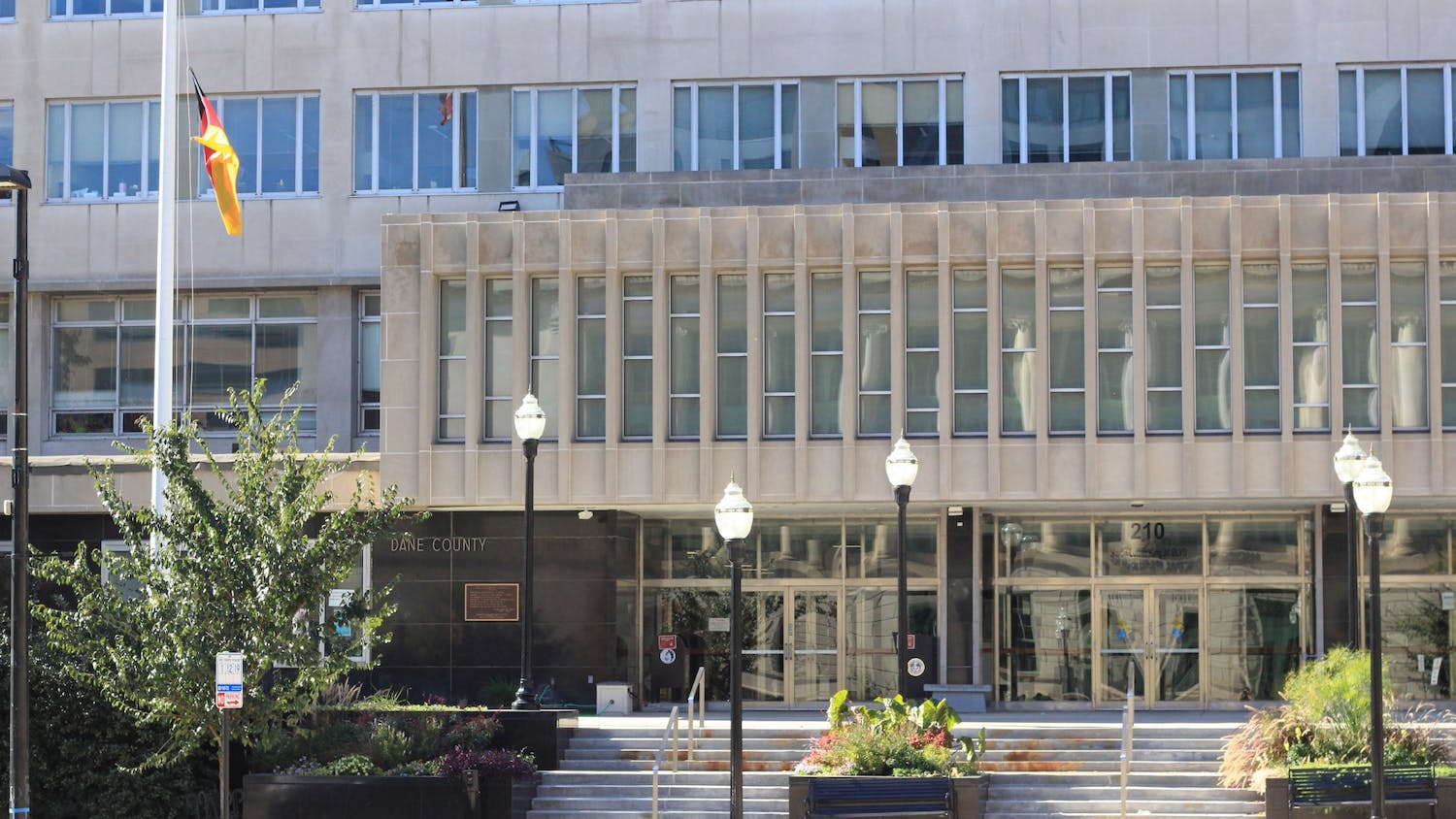