Fluidity in disability: Exploring the spectrum of language, identity

If language is an expression of identity, why does it often favor able-bodied folx?

When it comes to disabilities, mental health or chronic illnesses, a label is prescribed to the individual whether they control it or not. While some can open doors to support and treatment, others can confine people into boxes built on ableist assumptions.

This language, in turn, can force people with disabilities to be isolated to society’s view of themselves and limits the words they use to describe their experiences.

Words have the ability to oppress or empower individuals — what we don’t realize is how our language can be extremely harmful and perpetuate binaries. Therefore, through this ableist lens, “normal” is valued, while difference in experience is “othered.”

Half of the slurs and insults used against others are deeply rooted in casual ableism mocking people with disabilities or mental illness. It may not be an active intention to target people with mental illnesses, but by creating these negative connotations it has already assigned a certain meaning.

“If a culture’s language is full of pejorative metaphors about a group of people, that culture is not going to see those people as fully entitled to the same housing, employment, medical care, education access and inclusion as people in a more favored group,” said Rachel Cohen-Rottenberg, a disability rights activist.

By using language that harms people with disabilities, it “others” the experiences that most people face throughout their lifetime, including interactions with healthcare professionals and interviews for jobs. This affects how people interact with one another, how teachers educate their students and how legislation is written.

Often, people in positions of power use microaggressive language that can belittle a person with disabilities. But these small moments of oppression add up and inflict how able-bodied folx view people with disabilities — and how they look at themselves.

The language of ableism contributes to the idea that the dehumanization of people with disabilities is culturally acceptable.

When it comes to disability, there are certain diagnoses widely recognized and considered acceptable by society. If it is invisible or non-apparent — generally, chronic pain, illnesses and mental health — it is excluded from the conversation.

Invisible disabilities are not given the recognition or support they need, further stigmatizing mental health and chronic diseases. There are some people who have a chronic illness but choose to not consider it a disability since the definition of disability does not fully cover their experience.

According to the Social Security Administration, disability is defined as the “inability to engage in any substantial gainful activity by reason of any medically determinable physical or mental impairment which can be expected to result in death or which has lasted or expected to last for a continuous period of not less than 12 months.”

One of the biggest problems to recognizing chronic illness as a disability is being seen as something static or unchanging. Those living with chronic illness know it is not static — it can inhibit work or performing daily tasks but it is not predictable.

The ever-changing form of disability poses problems within the system, limiting who is able to receive benefits and who isn’t.

Disability comes with a range of labels and identities, serving as an umbrella term. Labelling can be helpful to provide access to support but it can also be a crude way of grouping people together to separate from abled-bodied people — confining them as “othered.”

Yet, every disability is faced with needing to be defined in order to stop from being “othered.” But if there was no necessity for definitions, would there still be othering?

Part of the reason many folx with disabilities feel the need to “define” themselves as a person with a disability comes from the normalization of being an able-bodied individual.

Desiring to define comes from a need to ascribe to cultural norms, similar to how some folx abide by a gender binary. The need to assimilate to common vernacular limits folx with disabilities the opportunity to describe their experiences. And, historically, able-bodied folx seek to define the experiences of people with disabilities, instead of giving them the power to control their narrative.

There are diagnostic labels, which are often confined to the medical field yet have now become attached with stigma and judgment. Even non-stigmatized conditions generate certain assumptions on capability and behavior of the person.

There are also unofficial labels — ones imposed from other individuals to classify or ostracize folx who do not conform.

Taking ownership of a label does not have to be a negative thing, it can be empowering. Living with an undiagnosed condition can be hard, surrounded with the uncertainty that people will not take you seriously. A label can be a key part of identity, finally being able to recognize a part of themselves.

This is prominent in communities that choose to use identity-first language.

In general, there has been a shift towards person-first language — identifying as a person with a disability, rather than a “disabled person.” It emphasizes the individual instead of the condition.

Despite this, for some people within the autism, blind and Deaf community, they often choose to reclaim identity-first language to express they are different but not broken. The person-first language frames the conditions as something secondary that people suffer from while identity-first reclaims it as a fundamental part of them.

However, that does not mean people need to or should be expected to label themselves. The decision to label or identify one way or another or not label at all is up to the individual and should not be enforced by an ableist society.

Experiences are not to find stagnant, one-size-fits-all terms — it’s a journey throughout life.

The terms used in this piece are not for every person with disabilities and the language will likely change throughout our lives. Much like there’s a spectrum of disabilities, there is a spectrum within language.

The individual can choose to express themselves within the fluidity of language — and in some cases, that means taking it back.

By reclaiming labels that were once used as slurs takes back the narrative and can be empowering — a badge of pride. People within the community may choose to take back a certain label to express how their conditions is a part of their identity.

There has been the movement #SayTheWord in regard to “disabled.” For some, this is a way to dismantle the stigma and shame surrounding the word. Rather than being viewed as a derogatory label, it becomes an identity marker.

The personal is political and this is a conscious decision to align with the social justice movement.

In recent years, the term “supercrip” has been taken back by folx with disabilities. Traditionally, this term means stereotypical representations in media, like journalism, film and literature with people with disabilities — their stories are sensationalized, idolized and inspirational.

Because of this, the term has been heavily discussed between scholars in disability studies.

One of them, UW-Madison professor Sami Schalk, wrote an essay, “Reevaluating the Supercrip” to incite a dialogue on the ways the term has been used — and how “supercrip” is changing meaning over time.

“By honing supercrip as a critical device, we open up disability studies to increased engagement with mainstream genres that are often dismissed as too normative, regressive, or uncomplicated to be of value to improving the lives of people with disabilities,” Schalk wrote.

Schalk describes the need for revolutionary conversation within disability studies because of the changing language and ownership of labels once used against people with disabilities.

In response to the rise of “supercrip,” the word “crip” is beginning to be considered an inclusive term for all disabilities as a political reclamation of this historically problematic term.

Stemming from this is crip theory, which focuses on the inclusion of crip in disability studies and is recognized, acknowledged and celebrated. It rejects the disability hierarchies and understands the importance of intersectionality and exclusion within the community.

But it’s always important to remember everyone does not share the same relationship with those potentially harmful names, therefore it is not in the control of able-bodied folx — or all folx with disabilities — to subscribe to the changing tide of language.

To hold language as an end-all, be-all limits the chance to change, to grow, to be. Identity is a process, and to ascribe language to the experiences of people with disabilities — whether to idealize or to “other” — prohibits it from being found.

By giving folx with disabilities the control of their narratives, whether it be within the walls of language that currently exist or ones yet to be socially recognized, it continues the evolution of language — and more empathy for fluid expressions of identity. 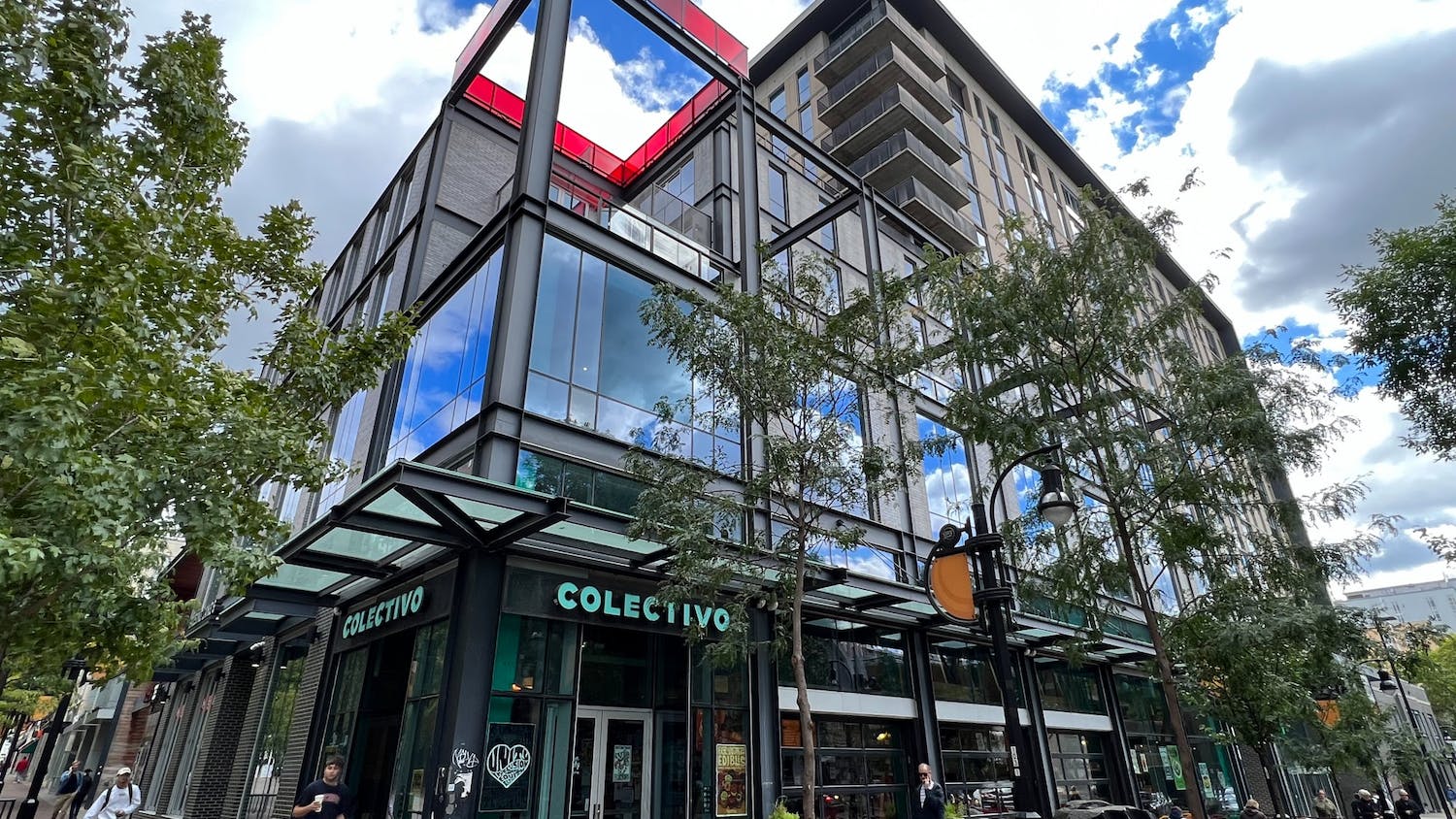 Cardinal View: We support the right to choose 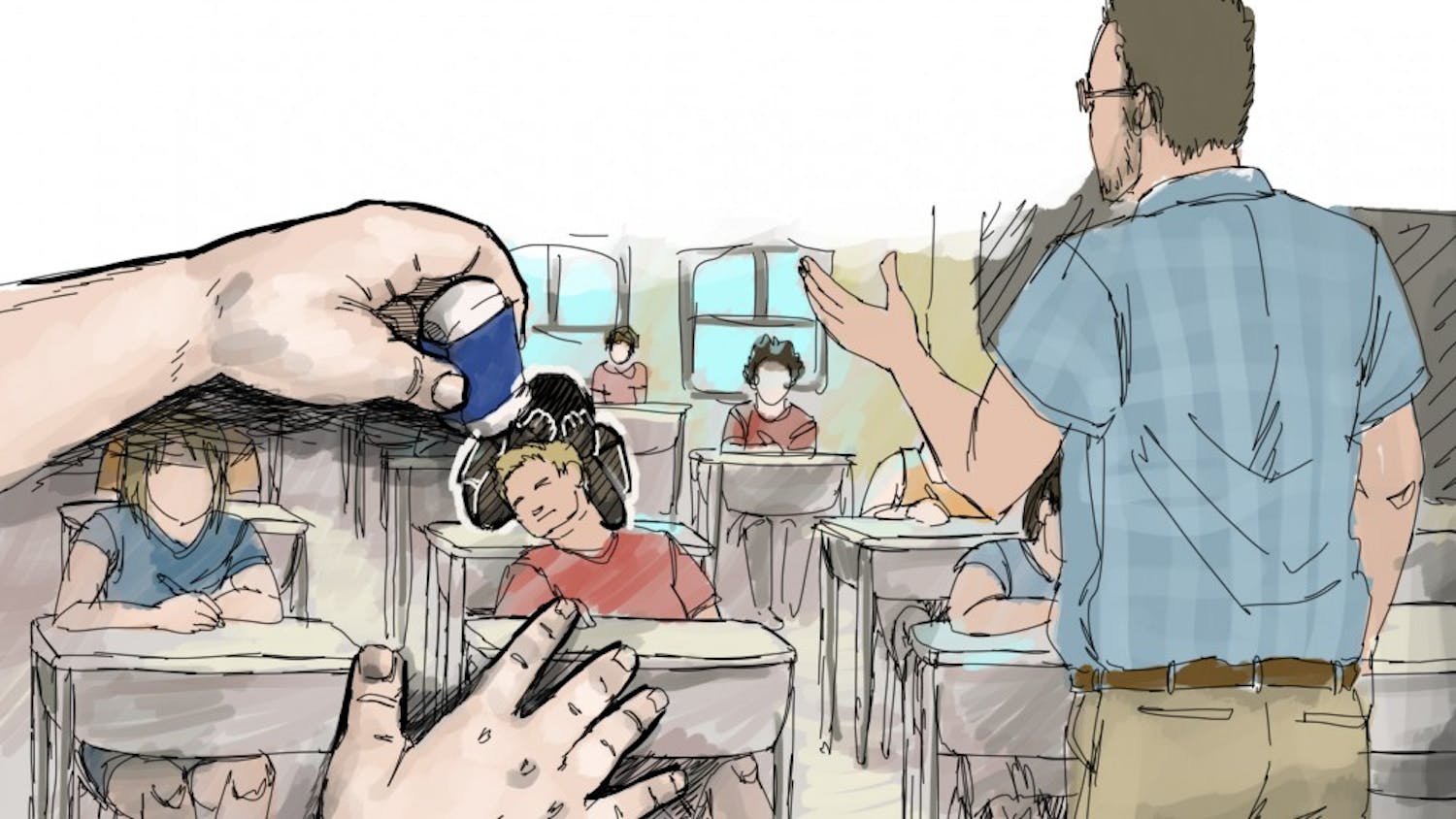 Being a Badger: UW-Madison’s issue with identity