With just over 13 minutes left in the second period Wisconsin goaltender Daniel Lebedeff made a glove save on Notre Dame’s Colin Theisen. Down a goal, the Irish were knocking on Wisconsin’s doorstep with six of the periods first seven shots.

Notre Dame had outscored its previous opponents 27-9 in the final two periods, and the same script looked ready to play out again with the Badgers as the newest victims.

Wisconsin lost the ensuing faceoff but dug in and managed to possess the puck for much of the next four minutes, racking up six shots and tilting the ice back in their favor.

Freshman forward Cole Caufield got the scoring started for the Badgers with a power-play goal off a rebound of a shot by sophomore defenseman K’Andre Miller. Miller and sophomore forward Roman Ahcan had switched positions on the power play, and the results were an instant success.

“We were struggling a little bit [before] so we tried a new look,” Ahcan said. We emphasized on getting on pucks when it’s in the corner and that’s what happened. We won a battle in the corner, got it to the point and got it to the net and good things happen there.”

Wisconsin’s power play had another chance with eight minutes left in the second, and this time it took the Badgers just 28 seconds to find the back of the net. Freshman forward Dylan Holloway took a pass from classmate Alex Turcotte and found Ahcan between the faceoff dots, where he beat Notre Dame goaltender Cale Morris’s five-hole.

“The movement, the confidence was really good, the puck recoveries when there were loose pucks on the power plays we were on it,” head coach Tony Granato said. “If you look at the difference in the game, it’s the specialty teams.”

Ahcan found his way onto the score sheet in plenty of ways in addition to his goal with four shots, three blocks and a penalty. The sophomore found himself involved in almost all of the game’s numerous scrums and drew the first-period penalty on Notre Dame’s Matt Helickson to set up Wisconsin’s opening goal, putting his full skillset — legal and extra-legal — on display.

“He’s competitive, he’s a worker, he’s fearless, he’s what a hockey player’s supposed to be,” Granato said. “Roman is Roman, you’re gonna get that out of him every night.”

Wisconsin’s defense looked set to take the drama out of the game with its disciplined play until, with just under four minutes remaining and with a two-goal advantage, goaltender Daniel Lebedeff had other ideas. With Notre Dame’s goal empty for an extra attacker and the puck on his stick, Lebedeff paused for a second before attempting to loft a full-ice shot.

Unfortunately, the puck hit Notre Dame forward Cam Morrison, and the ensuing rebound nearly fluttered over the goaltender’s head and into the Wisconsin net. The sophomore netminder made the save, and was firm in his stance that he’d do it again when asked postgame.

“100 percent,” Lebedeff said.“It was inches away from going over the first guy, and if it had gone over it would have been a goal.”

Deprived of a goal, Lebedeff settled for his second career shutout with 22 saves.

“Obviously it worked out tonight, but they’re going to change some things and we’re going to have to adapt and find ways to beat them again,” Caufield said. 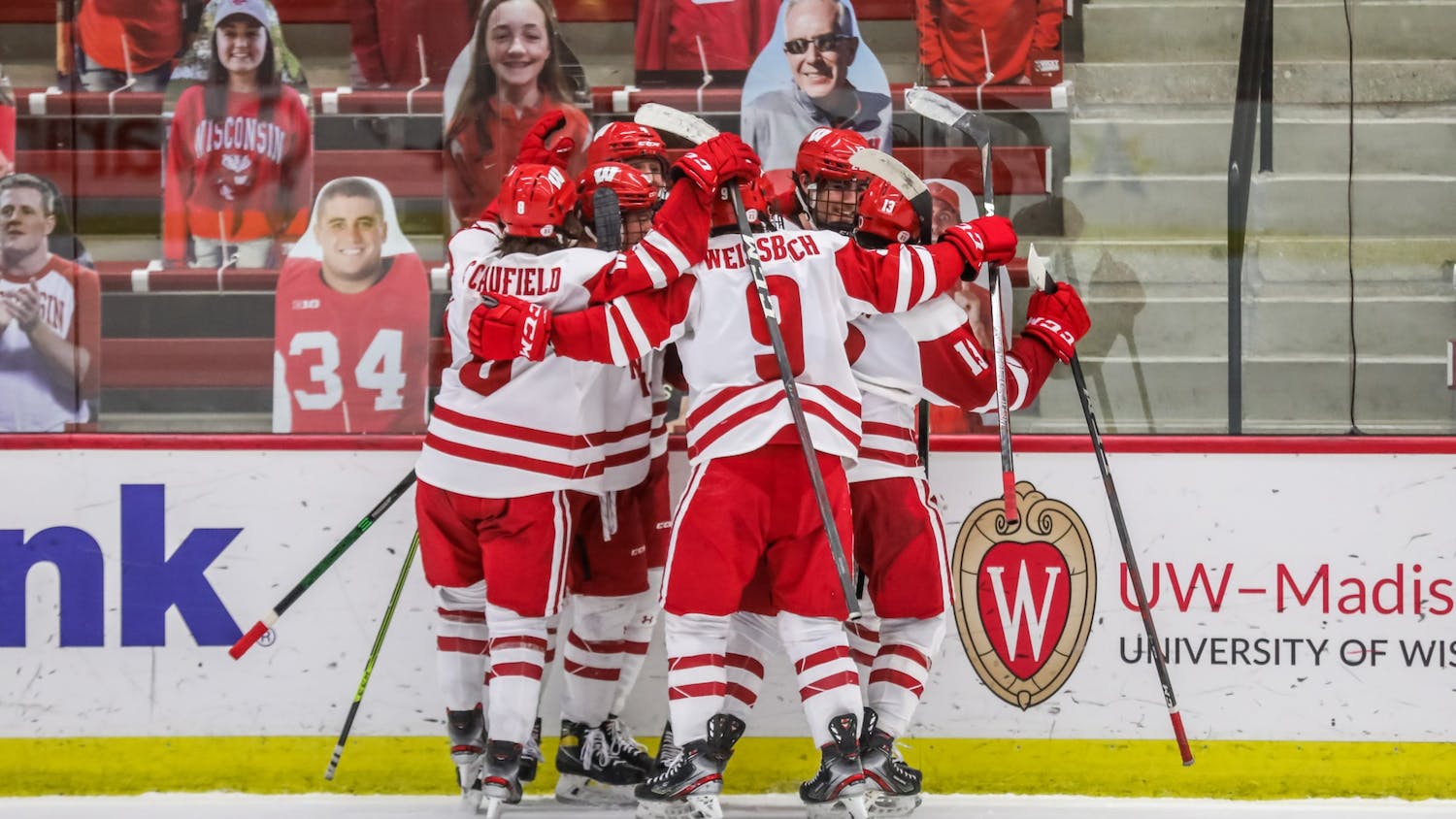 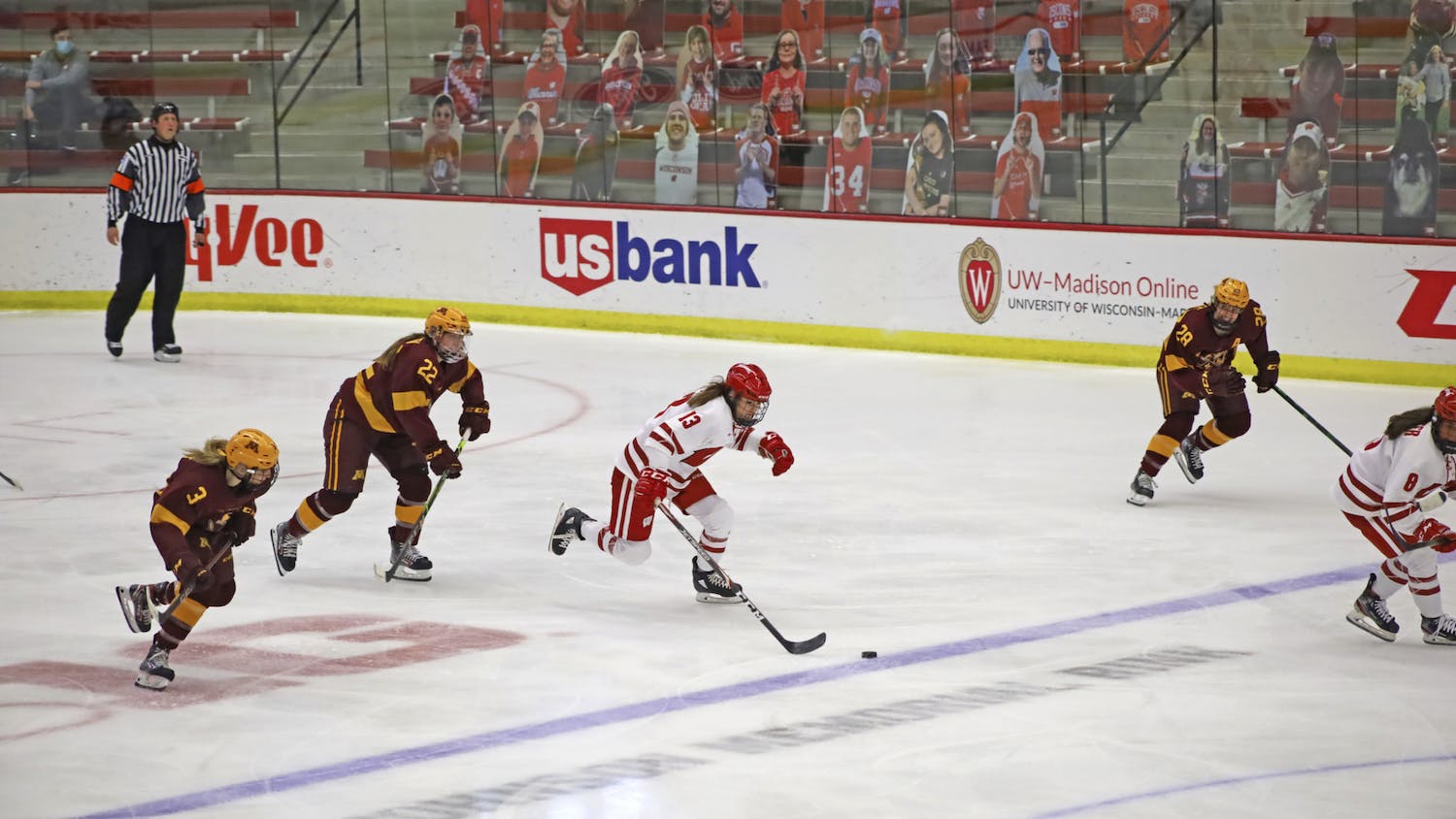 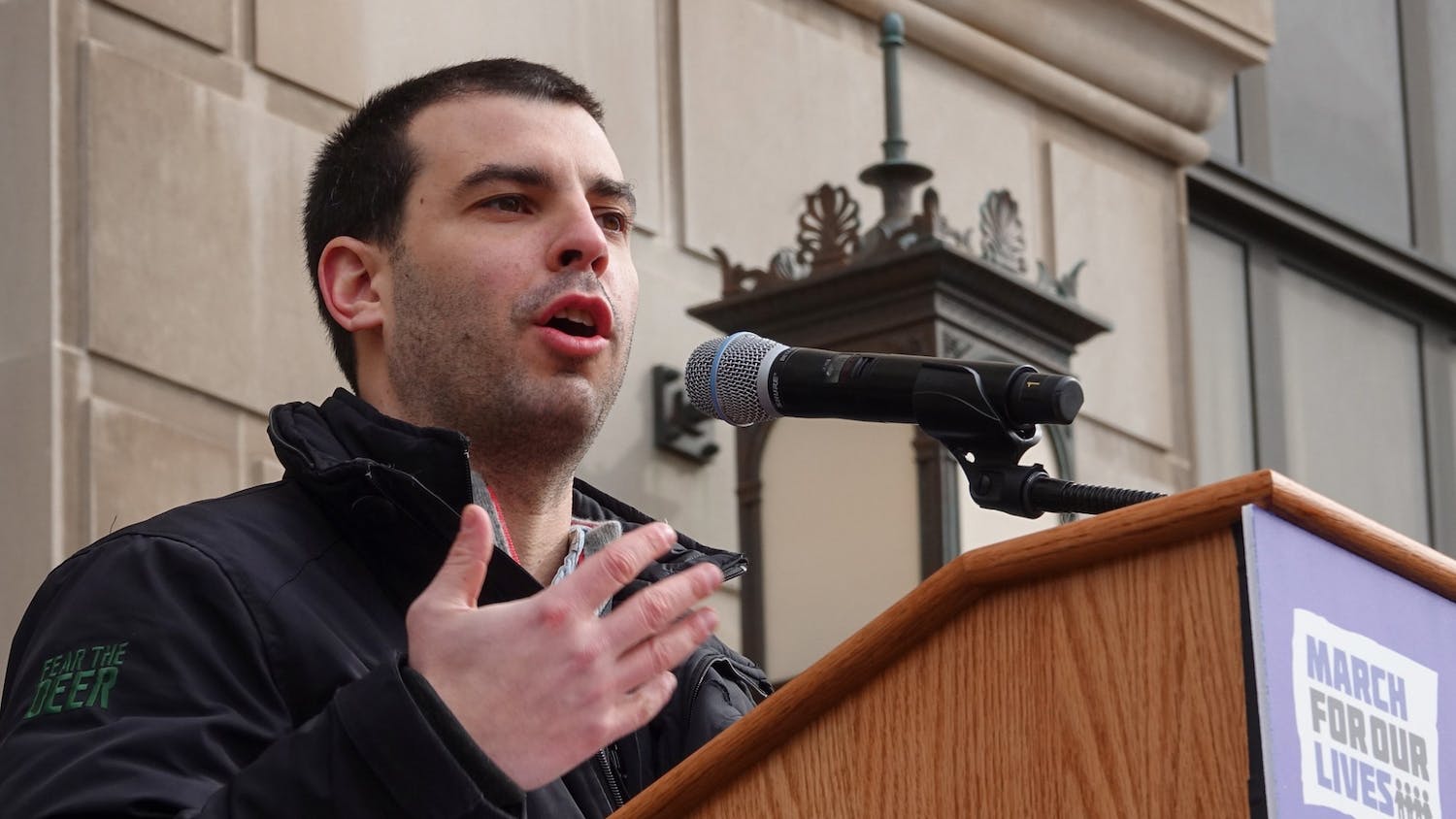