As conservation concerns grow, some farmers are taking the lead towards a more sustainable future

Wisconsin has always been filled with farms that vary in function, size, and management. The state's farming heritage is present everywhere, down to its license plates proclaiming Wisconsin "America's Dairyland.”

But how these farms are managed has changed as technology advanced alongside the industrialization of large-scale farming.

Driving the $88 billion agricultural industry, the U.S. Department of Agriculture reported that the number of large sized farms in Wisconsin has more than doubled since 1982, and no sector has grown more in Dairyland than cattle farms.

However, this advancement has caused large environmental problems for water contamination and soil health, most presently caused by the huge quantity of manure in this state.

Wisconsin houses about 1.28 million cows and all of the manure they produce a medium-sized 2,000 cow farm generates 240,000 pounds per day according to the EPA. Although it is useful for fertilization, manure can also damage soil health and contaminate groundwater without proper management.

The problem starts when a large volume of manure is concentrated in small areas, like on many of Wisconsin’s farms. There is a lack of and environmentally sound methods for disposing of and a simultaneous desire to over-fertilize in hopes of a perfect year with crops.

“If you have more than a thousand cows one place, then you have to transfer the manure to apply it reasonably to the land that needs it. You could truck it further away, but that’s time, fuel, money and so it doesn’t happen,” said Diane Mayerfeld, coordinator for the UW-Extension program on sustainable agriculture, in a statement.

Surplus manure, which can carry e.coli, salmonella, rotavirus, and any antibiotics given to the animals, turns into that can seep into the soil, lagoons, groundwater and even drinking wells.

In most of northeast Wisconsin, there is a thin soil layer that covers unstable areas of fractured bedrock, making the land highly susceptible to groundwater contamination if there is poor management of agriculture, or say, over 100,000 cows in a 350 square mile radius.

This ratio is the reality in Kewaunee County, where cows outnumber humans five to one. The county yields the nation’s most densely concentrated cattle population in the country, producing far more bovine than human waste. Kewaunee has exceeded its carrying capacity, and the effects have long taken a toll on public health.

The amount of excess manure in the county — up to 32,000 liquid gallons per acre — has contaminated the drinking and groundwater so severely that water quality is comparable to that of a much less developed country, according to Kewaunee cattle farmer and conservation activist Lynn Ustech.

“For the local residents there is no question as to what is going to happen when you’re applying liquid manure at those kinds of rates,” said Ustech, who helped found Kewaunee Cares, a local farmer-led environmental group. “If you live in an area where there is heavily industrialized dairy, you can see the manure oozing on the surface on the land, and you know when there is a rain or any type of moisture that it is going to migrate down into our groundwater.”

In June 2017, Mark Borchardt, a microbiologist with the U.S. Department of Agriculture’s Agricultural Research Service, found that about 90 percent of wells in Kewaunee county are contaminated.

After collecting data for themselves, the state Department of Natural Resources set up a program to provide community members bottled water, but according to fellow farmer and Kewaunee Cares co-founder Nancy Ustech, Kewaunee County has not seen a single bottle.

“If you believe that the DNR is supplying water to our county, then you should contact the DNR and ask them how many bottles that they have given. To our knowledge, I don’t think that there is one recipient of that program,” said Nancy Ustech. “There’s a man who deals with contamination in the town of Lincoln, and I talked to him about the site. He said that it took he and his wife, who is also pretty computer savvy, 17 clicks to find the site, and when they finally did find it, the number of regulatory hurdles for them to get through in order to qualify for the water made it so that they wouldn’t even qualify.”

The Ustechs explained that it they must send the DNR a contaminated water sample in order to confirm that the impurities are specifically caused by bovine waste. However, this process can be tricky because groundwater can quickly become re-contaminated

According to Nancy Ustech, it is possible to have access to clean tap water in the morning, and then see the same source contaminated by the evening.

To mitigate the effects of large volumes of manure, large industrial farms are now incorporating more technologies. Biodigesters, for example, use excess manure as an alternative energy source for electricity and collect it for dispersal when needed. However, according to Lynn, they release higher levels of gases and fuel, like ammonia, than manure.

Dane County’s Waunakee digesters spilled three times, caused a fire, and allegedly violated state air pollution regulations, releasing toxic emissions in 2013. It leaked a total of 380,000 gallons of waste into the watershed that surrounds the four lakes which surround Madison.

Steve Richter, director of conservation programs of the Wisconsin Nature Conservancy, hopes to mitigate these issues through farmer-focused education and innovation, rather than policy and regulation.

Richter’s programs intend to conduct experiments alongside farmers, in order to build trust and target the most prevalent issues.

“The agricultural industry is trying to shape change. I am not saying regulation is off the table, but rather, we feel we can make bigger strides and play a bigger role with farmer leaders across the state,” Richter said. “We want them at the forefront leading the effort. You don’t always get that with regulations.”

Partnering with retired UW-Madison Professor Pete Nowak, the Nature Conservancy recently conducted a project along the Pecatonica River, analyzing the water quality of the 20,000-acre watershed with about 14 local farmers.

By helping the farmers change specific practices, they were able to achieve a 55 percent reduction of phosphorus impact in the area.

“We have the technology, we have the capability to meaningfully address the degradation caused by agriculture if we stop looking over our shoulder at what we have done in the past and think more about what we need to do now to clean up that water for our children and grandchildren,” Nowak said.

Some farmers fear that many state programs in the past have been constructed to benefit large agribusiness firms, rather than help push for a sustainable future.

“Right now, we have a really horrible agriculture crisis with low prices in dairy and grains. A lot of people think these prices are driven by overproduction,” Mayerfeld said. “We’ve spent too much effort trying to produce more milk, and in turn have produced ourselves into debt.”

Critics point to the 30x20 Program, a grant program created by Gov. Scott Walker to benefit dairy processors and encourage faster growth in the industry, as an example.

“This makes it so that a lot of milk is only good for one type of people, and those people are the dairy processors. They get cheap milk and the farmers aren’t getting paid,” said Lynn. “We need to get back to where all of our policy is about the farm and the land itself.”

Many experts have emphasized the benefits of regenerative agriculture, a practice that advocates sustainability by treating the soil, crops animals as more than economic resources, but as an essential part of the surrounding ecosystem.

“When you come to Kewaunee County, we have a cattle herd of 100,000 and you don’t even see them,” Lynn Ustech said. “They are all stuck inside of a building. Put the cows back out on the pasture.”

Instead of further draining soils of their nutrients after a harvest, this philosophy practices like herd grazing and year-round cover crop growth to maintain land and water quality.

“As a farmer, and somebody who believes in farming. I believe that farming is the solution not only for our water but also for global warming,” Lynn said. “If we farm appropriately, alongside nature, we can actually fix most of the issues that we have. 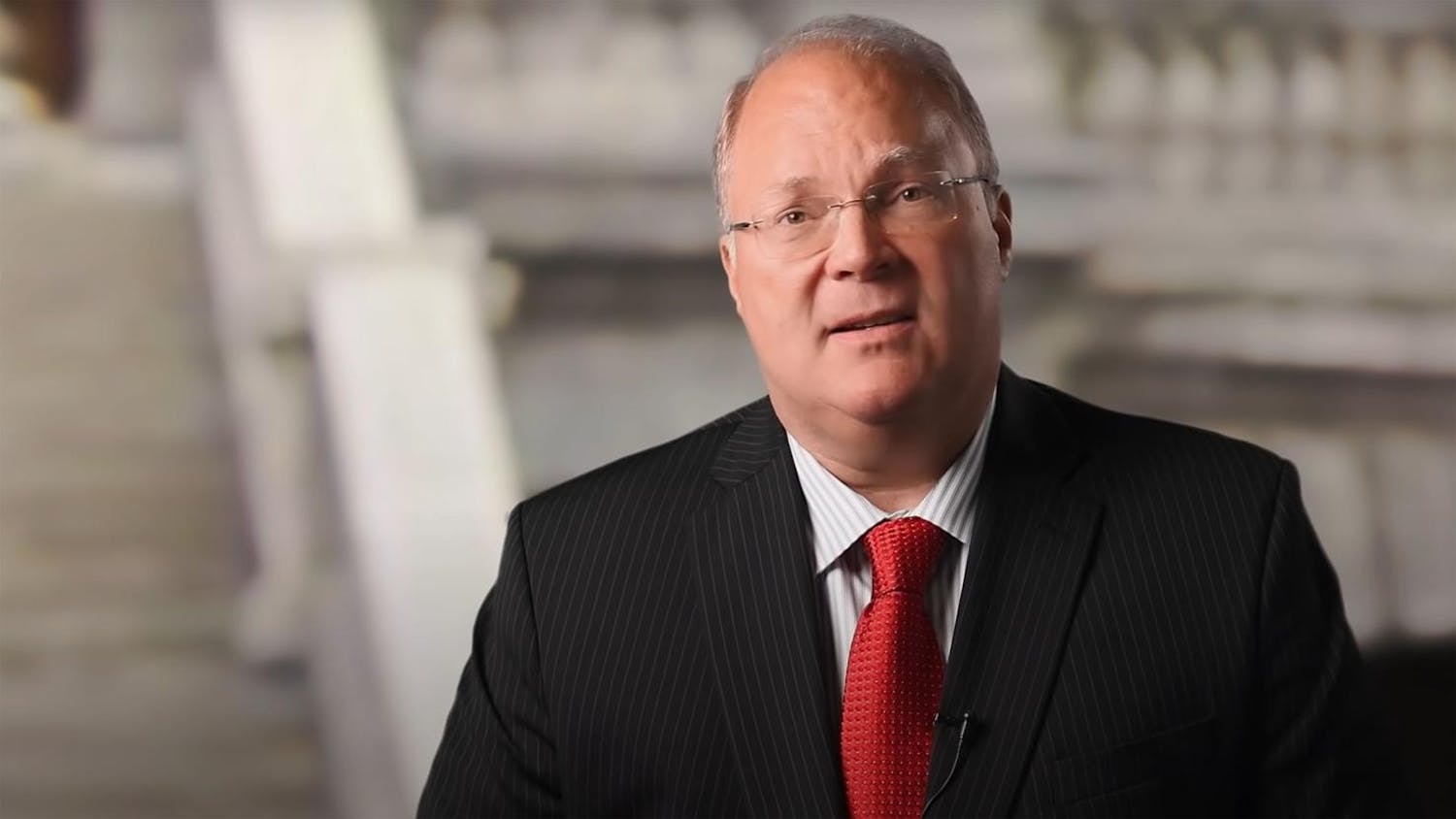