Controversial political scientist continues with speech despite small protest outside

After much anticipation for a speech by controversial libertarian political scientist Charles Murray Wednesday, the only disturbance came from a brief fire alarm.

Just over a dozen protesters congregated outside the Madison Club, banging drums, honking car horns and chanting to demonstrate their opposition to the speaker within. Even though they could not be heard inside the hall, the demonstration continued until Murray's speech began.

Murray’s talk was the highlight of the Center for the Study of Liberal Democracy’s first annual “Disinvited Dinner.” The new event is underscore the importance of free speech in a liberal democracy, according .

Opponents of Murray’s work have argued it is racist. His book “The Bell Curve: Intelligence and Class Structure in American Life” asserts intelligence derives from genetic factors, indicating that white people are genetically advantaged.

Wednesday is not the first time protesters have pushed back against his controversial ideas. Only a few months ago at Middlebury College, demonstration against one of Murray’s appearances left one professor injured.

The Student Coalition for Progress—the group that organized the protest Wednesday—wrote in a Facebook post that Murray’s work is based on white domination and class exploitation.

“Marginalized folks have already been oppressed enough and faculty groups like the Center for the Study of Liberal Democracy should not be adding to that oppression,” the SCP said in a statement. “Bringing in someone like Murray is diametrically opposed to what the UW should be doing to support marginalized students.

“Just as I support Dr. Murray’s right to speak, I also support the right of those who disagree with him to share their views,” Blank said in the statement. “I would expect that we at UW can have this exchange in a respectful way.”

Even though Murray’s actual speech focused on the elect President Donald Trump, protesters maintained their opposition to the decision to invite him.

“It must be understood that this is opposed,” said protester Ben Klug. “Given that we are not able to get into the club to hold signs and hand out debunking information, we are forced to be as loud as possible so [] can hear us.” 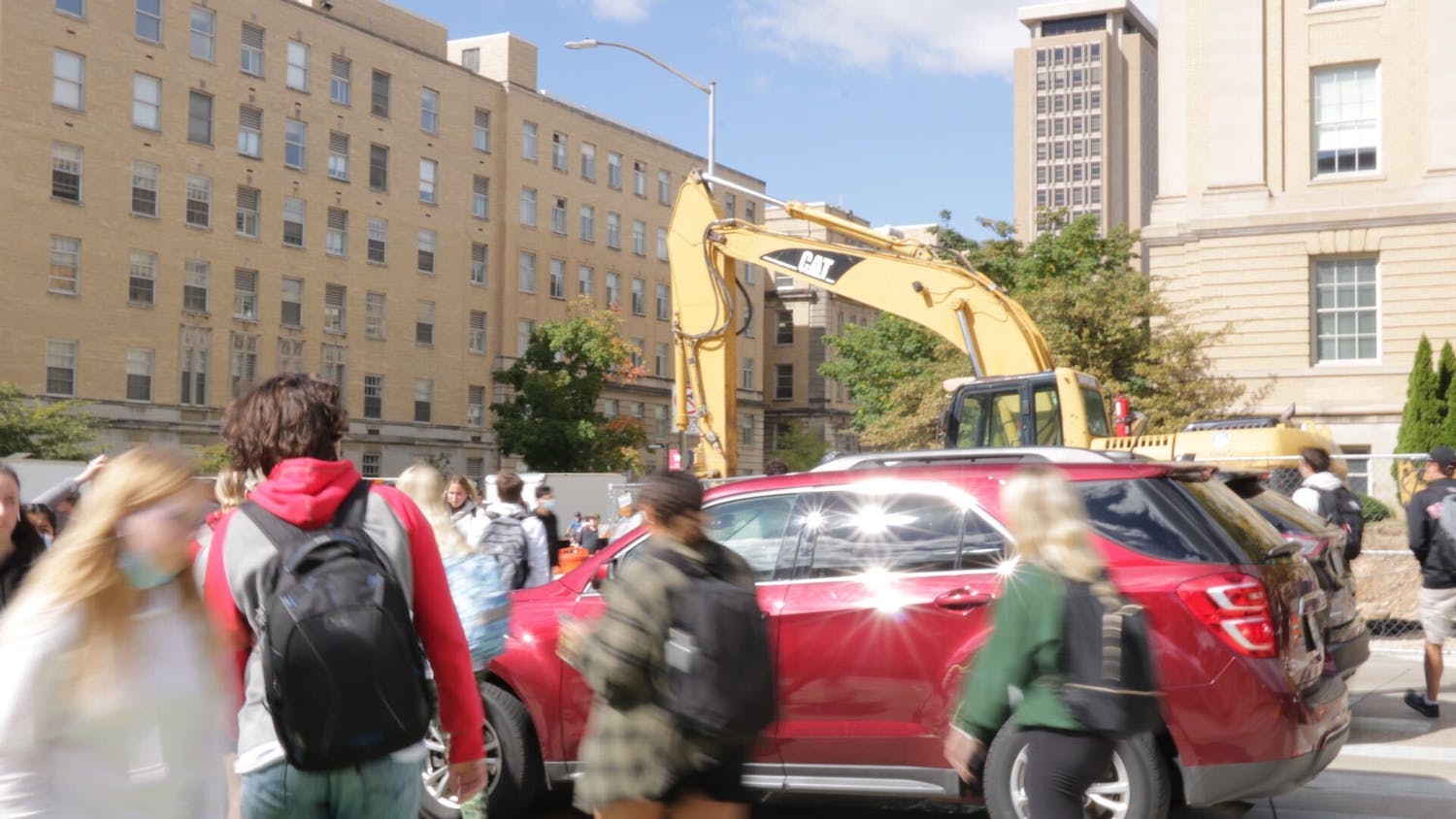