The Majestic Theatre was filled with the scent of marijuana and dirty dreadlocks Friday night as crowd members watched the Tribal Seeds perform a lackluster set of pseudo reggae, weed-themed music. Granted, the idea of Tribal Seeds’ music is to incite a “spiritual” experience, according to their website, but their live performance made it difficult for me to feel anything other than sleepy. Unfortunately, this experience will make it difficult for me to look at today’s American “reggae” artists with any respect after realizing how much the genre has delineated solely to smoking weed.

The opener for the show was a solo artist, Leilani Wolfgramm, from Orlando, Fla., who performed music almost as tacky as Orlando’s tourist attractions. Wolfgramm undoubtedly has a phenomenal voice and energized stage presence that got a lot of crowd members dancing. However, her music is a strange parallel between Celine Dion-esque belting and singing lyrics such as, “if you don’t love the ganja, best leave I alone,” from her song “Herbivore.” Wolfgramm does not have any accent that I could recognize when she spoke to the crowd in between songs, but she puts on such a thick faux Jamaican accent when she sings that it made most of her lyrics incomprehensible.

I found it strange when I first discovered Slightly Stoopid’s frontmen were just two guys from California singing with Jamaican accents but wrote it off as their “thing.” I came to find that a lot of American reggae artists put on this fake accent which seems bizarre to me.

Wolfgramm also performed a cover of Nirvana’s “Come As You Are,” which was sung beautifully with only a guitar accompaniment. It could have been something noteworthy if she had not mixed it with a set full of generic love songs with weed puns.

The Movement came on next for a brief set of some of their best-known hits. The reggae/rock/hip hop band is based out of South Carolina and has a sound comparable to Slightly Stoopid’s, minus any brass instruments. Their live rendition of “Habit” was accompanied by Wolfgramm and got a lot of crowd members pumped up as they sang along. Their live performance was decent and sounded a lot like their album version, but the band members seemed to lack a lot of enthusiasm and did not attempt to connect with the crowd as much as Wolfgramm, sticking mainly to their set list.

Lo and behold, Tribal Seeds finally made it onto the stage after the Movement, opening with “Run the Show.” For those who are not aware, “Run the Show” is a song about white-collared workers who are referenced as Lucifer because they “police the earth / trying to take away all the herb,” among other reasons. I do not know very much about the Bible, but I think some could argue against that being Lucifer’s role in establishing evil in the world.

With that foundation laid out, Tribal Seeds proceeded to play a plethora of songs based around “ganja,” “sinsemilla” or “herb” smoking that felt like an hour-and-a-half of one long song with minor variations to the tune.

One of the highlights of the show would have to be the giant fog machine shaped like a marijuana leaf that shot out massive O’s into the crowd while the band performed “The Garden.” This song, unlike the others, is about smoking Jah-given weed, which was well received by the crowd.

Aside from the monotonous set list, I really did enjoy the three-way drum solo between keyboardist and singer Tony-Ray Jacobo, drummer Carlos Verdugo and key-flute/keyboardist E.N Young. Tribal Seeds deviated from their album versions with a few keyboard solos and jam sessions mixed into their songs such as “In Your Eyes” and “Warning,” which amped up the crowd and added energy to the set.

The band performed two encores, one of which showcased Wolfgramm and members from the Movement before the crowd shuffled out, most likely to satisfy their munchies.

Tribal Seeds is an award-winning band for their music which is appreciated by many people around the world. Unfortunately, I found myself disappointed in the artists who have made a career of music with such an intense focus on weed and little else. I do not want this to be taken as shaming reggae as a genre, or weed-smoking for that matter, but I find it sad seeing this music reduced to making weed-smoking a way of life when it used to represent unity in the world. 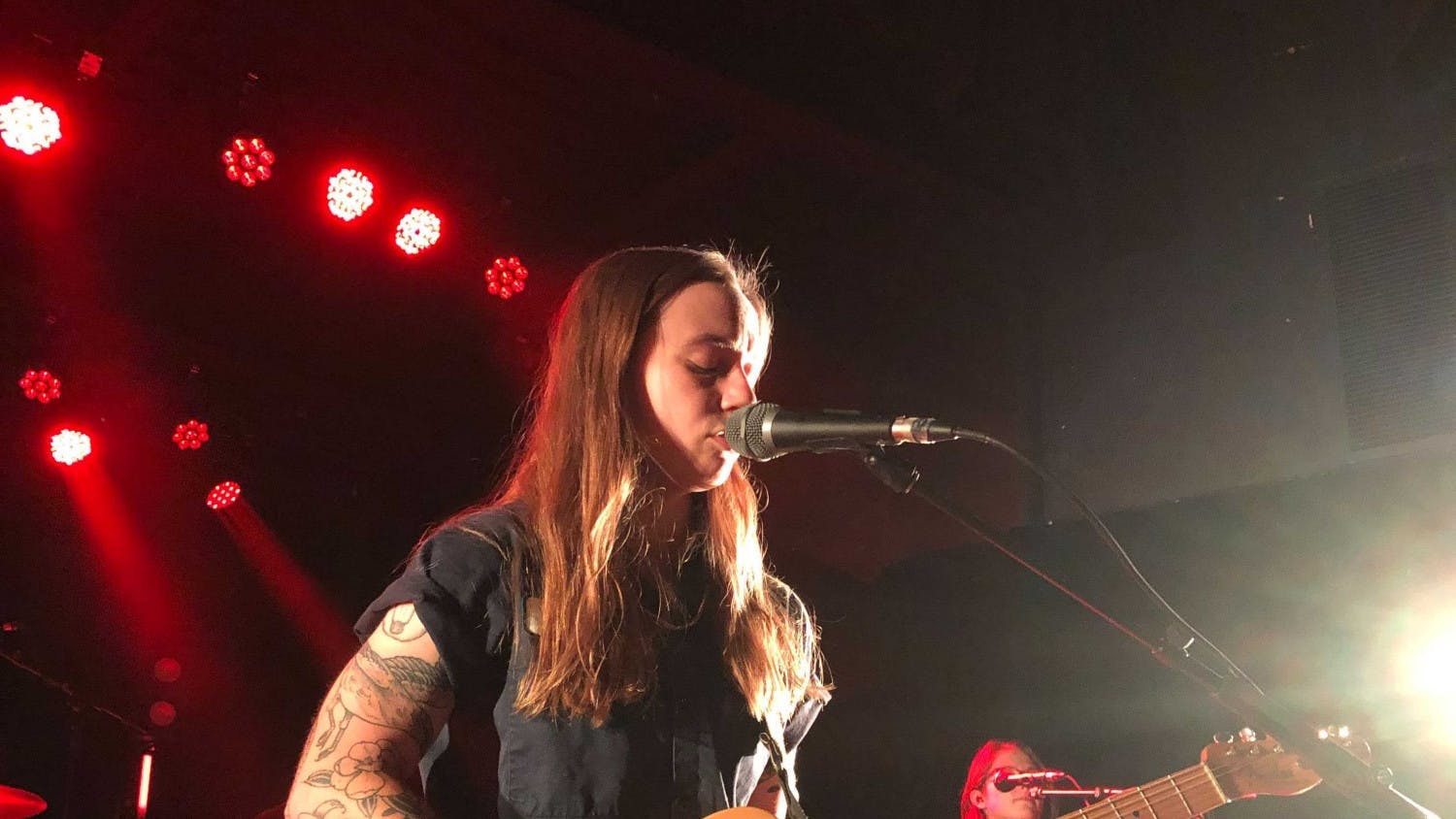