The stage was sectioned off with thick velvet ropes that protruded forth into the throngs of students like a runway at New York Fashion Week. The bright rainbow lights and upbeat pop music made Memorial Union’s Great Hall feel like a nightclub.

The show, the UW Drag Spectacular, began with a loud and fierce lesson on the importance of tipping in drag culture. The audience was taught the chant, “If you like what you see, or you like what you hear, give a little something.” Tipping was featured prominently in the show, especially in the second half after the barricades were taken down and audience members were able to press up against the stage. Dollar bills were handed to the queens during their performances, and audience members could be thanked for their contribution with anything from a kiss on the cheek to a nod.

The headliner and host of the show was Shangela, a drag queen known best for her participation in the TV show “RuPaul’s Drag Race.” Shangela was also featured on “Glee,” “Toddlers and Tiaras” and “The Mentalist.” It was her first time at UW-Madison, and she praised the school for its acceptance, diversity and fun-loving nature.

One of the most notable aspects of the show was the diversity of the performers. The queens showed refreshing variety in age, race, and body type. There were, however, some consistencies that most of the performers shared like the use of dramatic makeup, wigs, stiletto heals, long painted nails and tight clothing. Each queen performed a routine of dancing and lip-syncing. The crazier the moves got, the happier the loud and enthusiastic audience became.

The show lasted three hours, and was broken in half by a 10-minute intermission. About a forth of the massive audience left after the first act, and the remaining seated viewers rose and surrounded the stage. With the loss of viewers came a loss of clothing on the queens and an overall increase in raunchiness. One of the biggest crowd-pleasers from the second act was a strip tease one of the queens performed to Usher’s “Good Kisser” that left her in nothing but metallic purple leggings.

Shangela brought down the house by closing the show with a flawless Beyoncé impersonation. Dressed in a skin-tight orange sequined dress and tall sparkly heels, she wowed the audience with her amazing dancing. I was caught off guard when she fell backwards and crowd surfed, only to land perfectly back on the stage with not a hair from her huge blond wig out of place. 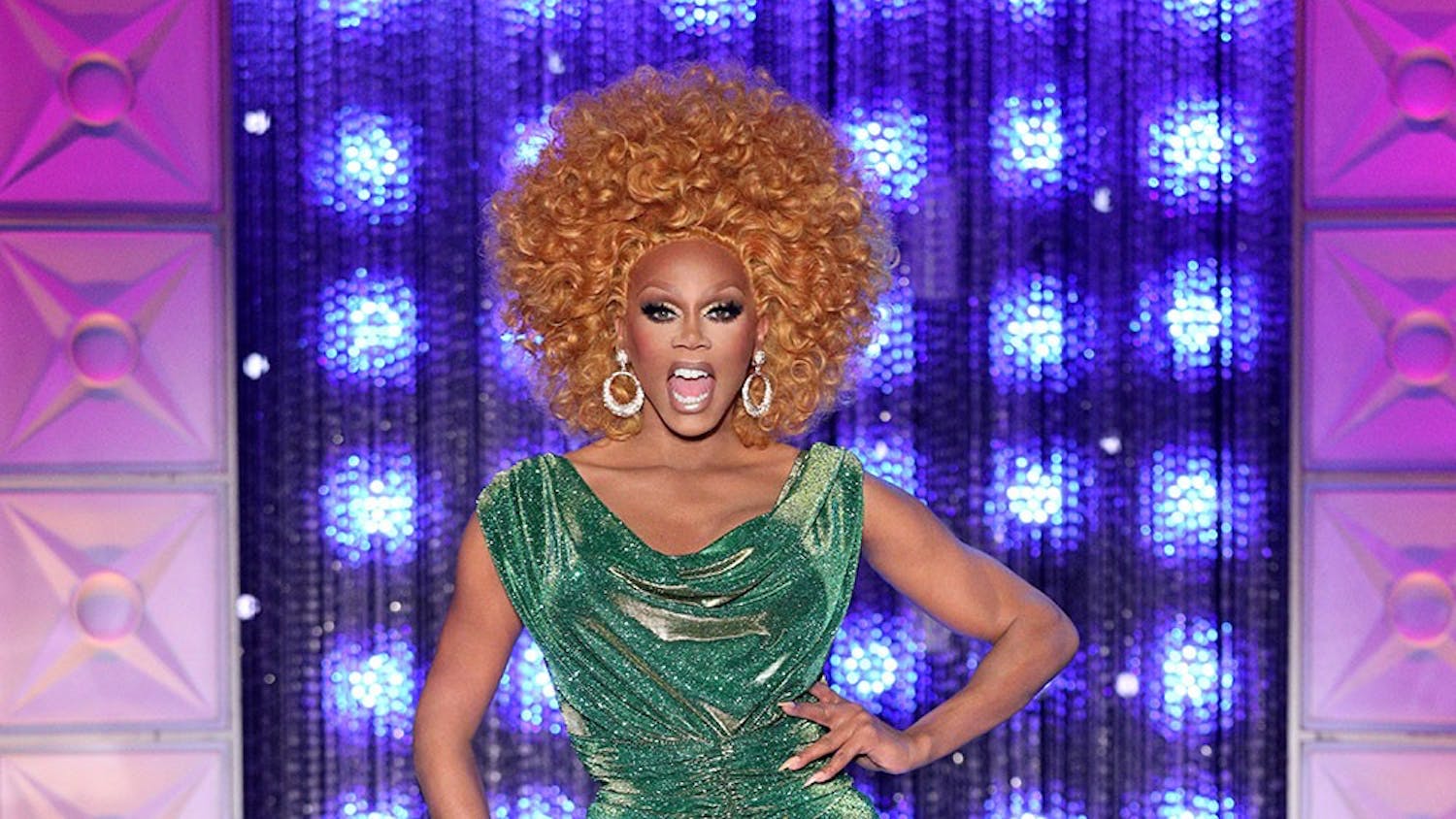