While DeGeneres herself remained at her Los Angeles studio, she received a warm welcome and cheers from the crowd when she addressed the audience through a live video feed.

DeGeneres encouraged University of Wisconsin-Madison students to dress in Halloween costumes in a tweet to the university before the show Monday.

The segment, which was filmed outside of Chipotle on the 600 block of State Street, was part of a nationwide series of contests involving participants dressing up to match various prompts, according to the host’s Twitter page.

Assistants selected a few well-dressed students out of the crowd and put them on screen with DeGeneres, who promptly sent them out on a hunt to find a unique object to wrap up in tinfoil.

Participants scrambled down State Street to find something that they hoped would win DeGeneres’ favor. For some, this race was a welcome relief from the cold, such as for one finalist dressed only in underpants and leggings.

Finalists unwrapped their objects one at a time, with one group unveiling a giant Bucky Badger cardboard cutout that the crowd greeted with a roar of approval.

Everyone in attendance who dressed in a costume was invited to receive a free entree at Chipotle after filming as a way of thanking them for participating in the event.

Mary Seibel from Oregon, Wis., found out about the event only hours before filming began. Seibel said she has watched DeGeneres’ show for years and was excited to be a part of the show.

Seibel said she was drawn to watch the show because of DeGeneres’ humor.

“I love that she loves cats and little babies, animals,” Seibel said. “It just makes me feel good, just her sense of humor.”

UW-Madison senior Taylor Arnold came out to the event because of her “undying love for Ellen.” She added, “Our friends told us about it and we had to come, because it’s Ellen!” 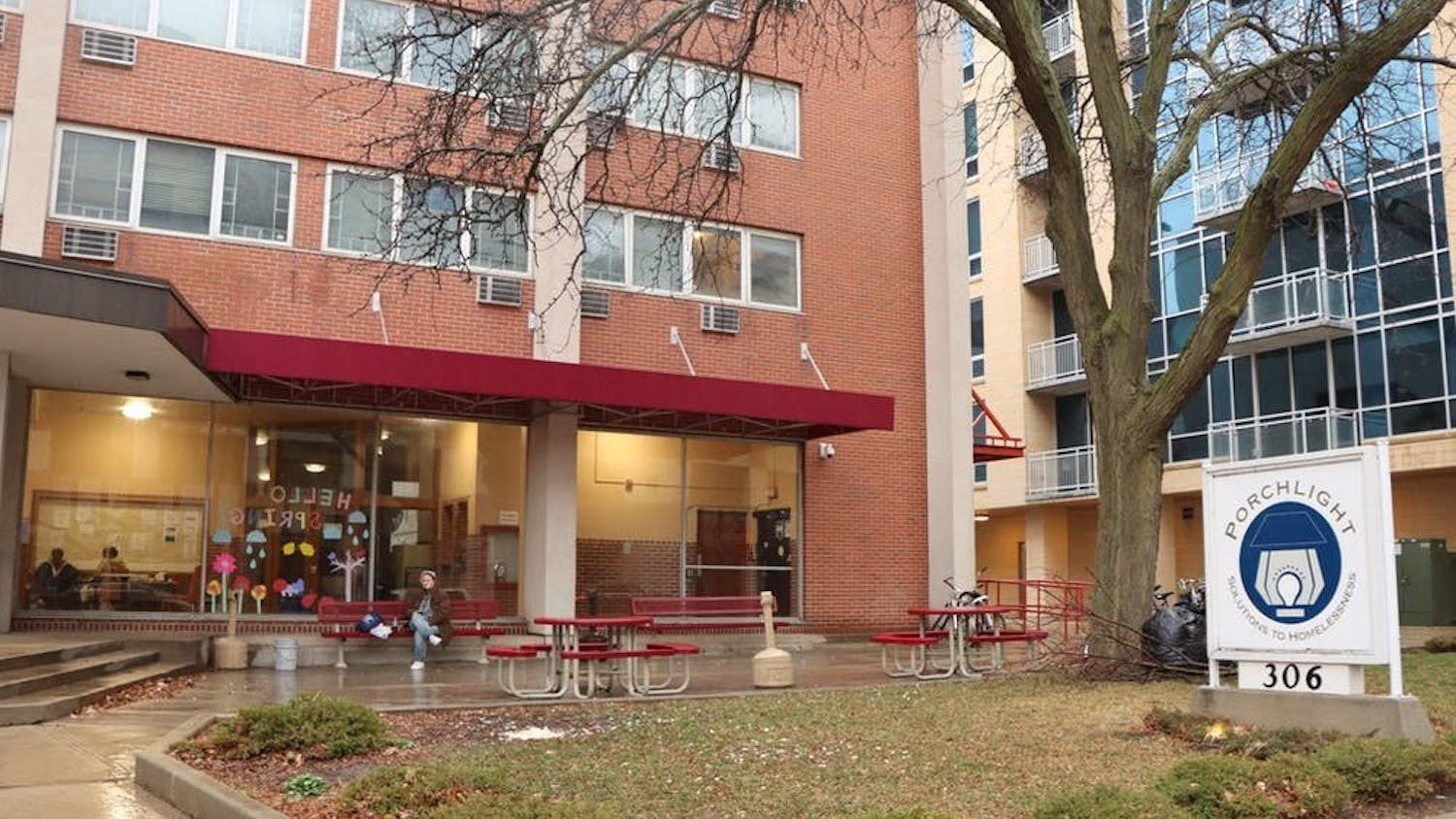