1) RUNNING AWAY WITH IT

Last year against Purdue, the Badgers trampled the Boilermakers on the ground, gaining 467 yards rushing (8.2 yards per rush on 59 carries). Montee Ball put up 247 yards, senior James White had 124, and redshirt sophomore Melvin Gordon had 80 (but on only seven carries).

Simply put, the Boilermakers have had trouble stopping the run in the last several years, which helps explain why they haven’t beaten Wisconsin since 2003.

So far this year, the UW running game has been performing as if every opponent was 2012 Purdue.

Gordon has exploded onto the national scene and is currently second in rushing yards in the FBS despite having run the ball only 37 times (the rest of the top 10 all have at least 50 rushing attempts).

Purdue has at least looked respectable against the run, giving up only 4.4 yards per rush to its opponents this year. This has also come against two decent rushing offenses in Cincinnati and Notre Dame. However, Purdue has shown a propensity for wearing down on defense through the game, allowing just 17 points total in the first half but 56 in the second.

If the Boilermakers want any hope of victory, they will have to prevent Gordon and company from putting up their usual video game numbers and will have to do it in all four quarters.

Wisconsin wasn’t the only program to go through a coaching change in the Big Ten this offseason, as Purdue fired Danny Hope after four years of mediocre football.

Hope’s replacement is Darrell Hazell, who led Kent State to an 11-3 record last year and won the 2012 Mid-American Conference Coach of the Year. This shocking turnaround made Hazell an often-mentioned candidate for several coaching positions, ultimately landing at Purdue.

This unpredictability from the Boilermaker offense, combined with defensive coordinator Dave Aranda’s aggressive defensive philosophy, could lead to a chaotic gridiron when Purdue has the ball.

Hazell is also known for being a fiery motivator, bringing a confidence never before seen to the historically bad Kent State program.

Purdue has shown so far this season that it is a bottom-tier Big Ten team, but looked good against Notre Dame last week, keeping the Fighting Irish nervous until the end of the fourth quarter. This could mean Hazell is finally getting his offense into a groove and showing the swagger brought to Kent State.

Joel Stave did not look good against Arizona State, completing only 15 of 30 passes for 187 yards and missing several open receivers downfield.

If Stave continues to struggle against Purdue, particularly in the second half, it might finally be time for head coach Gary Andersen to give redshirt senior Curt Phillips a shot at leading the offense.

Fortunately for Stave, Purdue has not looked very good at guarding the pass, having allowed over 250 yards passing per game in its first three games.

This has come against teams that are not known for a strong throwing game, with Cincinnati and Notre Dame preferring to run the ball and Indiana State being an FCS team.

The Boilermaker secondary has for the most part looked below average, with the only standout being senior cornerback Ricardo Allen, who was awarded second team All-Big Ten by the press in 2012.

With Allen figuring to guard redshirt senior wide receiver Jared Abbrederis for most of the snaps, this could be the game where Stave needs to discover a second target in the receiving corps to be effective.

Look for redshirt sophomore Jordan Fredrick, junior Kenzel Doe, or redshirt senior Jeff Duckworth to have a big game if Abbrederis is unable to beat Allen on his usual play-action deep routes.

The secondary has been a bit of an Achilles heel for Wisconsin in the last few years. While everybody looked good against bottom-of-the-barrel UMass and FCS opponent Tennessee Tech, last week’s matchup with Arizona State exposed a lot of issues in pass coverage.

Penalties for pass interference were rampant, and one particular stretch at the end of the third quarter and start of the fourth saw Badger cornerbacks get beaten badly, setting up the ASU touchdowns that quickly erased an eight-point lead.

Purdue has so far struggled to run the ball, even getting stuffed against FCS opponent Indiana State.

In total, the Boilermakers have run for fewer yards than freshman running back Corey Clement.

This means the lion’s share of Purdue yards will be expected to come through the air, putting the fate of Wisconsin’s defense in the secondary’s hands.

Purdue senior quarterback Rob Henry’s main target in the passing game has so far been junior running back Akeem Hunt. Junior tight end Gabe Holmes, a decent NFL prospect and Purdue’s leading receiver for the first two games, is out for the year with a dislocated wrist from practice. Wisconsin native Justin Sinz will replace Holmes.

5) HANGOVER FROM THE ARIZONA STATE FIASCO

The Badgers seem to have taken last Saturday night’s debacle with class, showing in interviews they have accepted there is nothing more to say about the referees’ incompetence and that it is best to move on to preparations for Saturday’s game.

However, it’s worth asking if any lingering malice could show up in the event of a particularly bad call by the Big Ten referees.

On the flipside, a frustrated Badger team looking for a punching bag, combined with a so-far pretty weak Purdue defense could lead to a fairly cathartic beatdown. Don’t expect Andersen and offensive coordinator Andy Ludwig to take their foot off the gas in the event of an early big lead.

It might also be worth listening to what the student section has to say, just for entertainment’s sake.

Evaluating every Badger quarterback heading into 2023 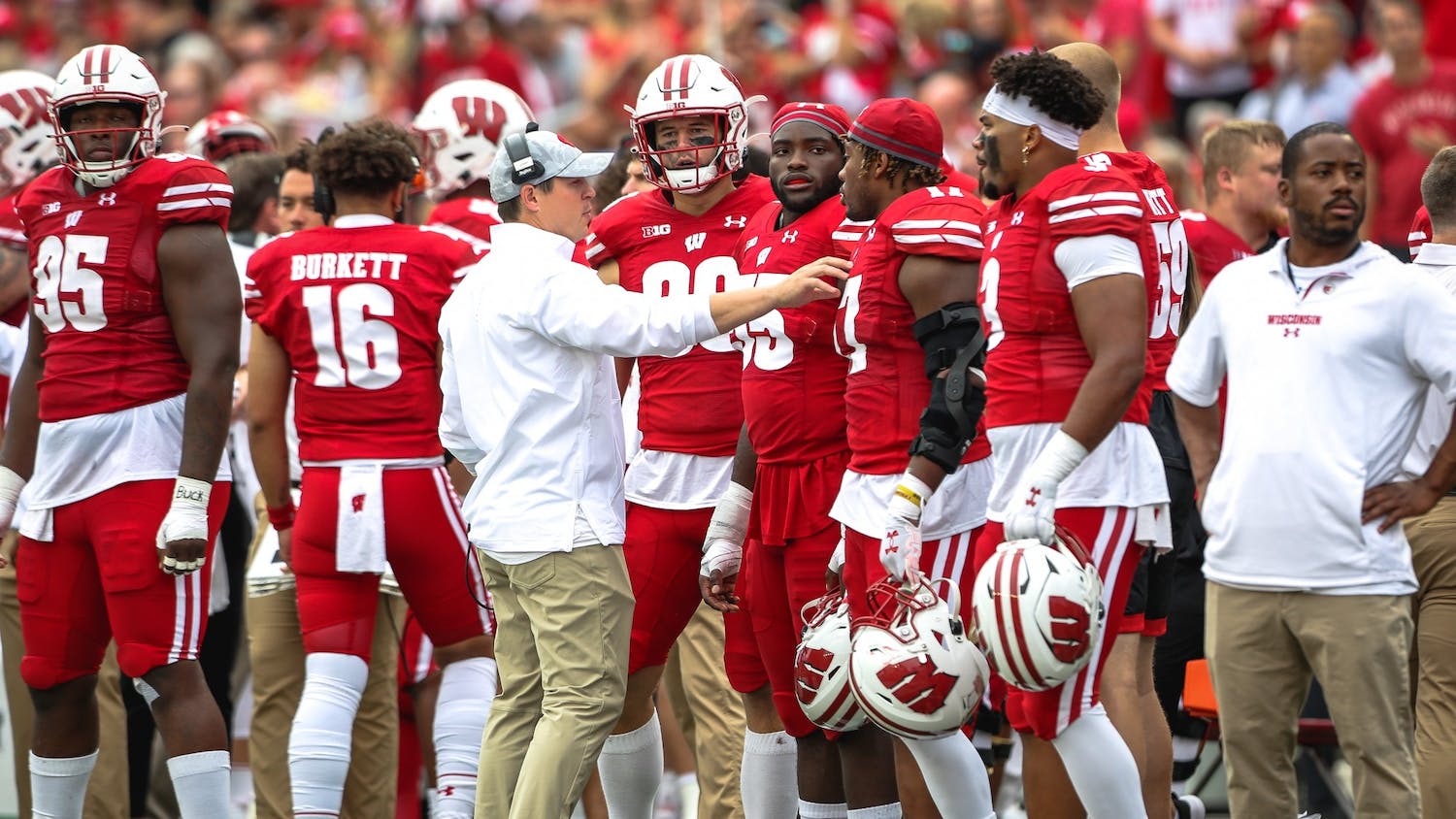 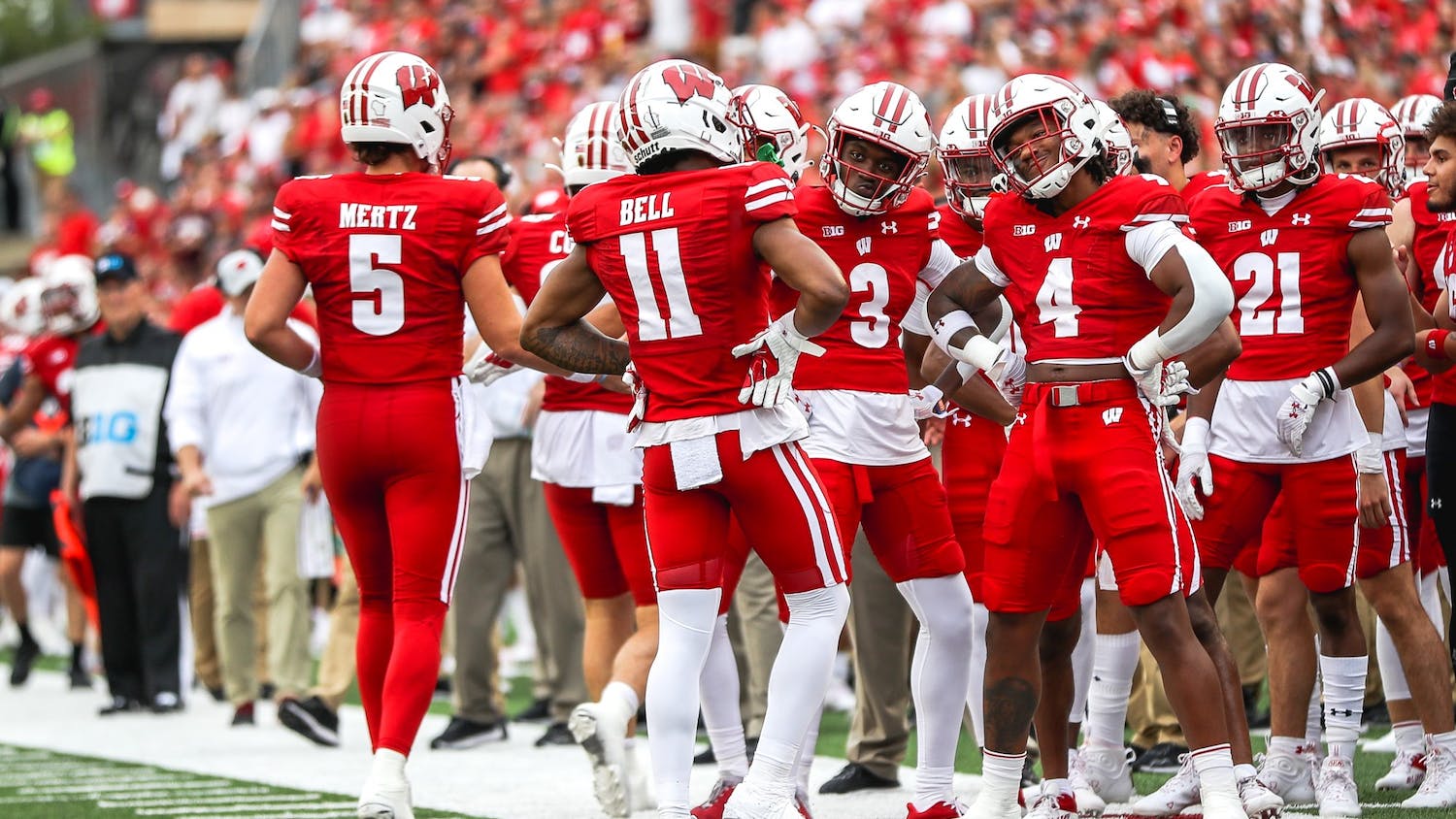