Size matters? It does in basketball, and that is exactly what Southeastern Louisiana (0-1 overall) lacked Sunday, dressing no players listed above 6-foot-8 and losing to Wisconsin (1-0 overall), 87-47. The Badgers exploited their size advantage all game, leading them to their 11th straight regular-season-opening win.

This size advantage meant good things for redshirt senior center and 6-foot-10 Jared Berggren.  He was a force in the paint all game long, scoring a game-high 19 points, as well as recording eight rebounds and four blocks.

Berggren was not the only player to have success inside, however, as the Badgers outscored the Lions 40-16 in the painted area. Wisconsin also dominated the glass all game, winning the rebounding battle 49-22, including 19 offensive rebounds.  While the Badgers definitely had an advantage in the frontcourt, it was a total team effort for Wisconsin in controlling the boards.

Embodying this team effort was junior guard Ben Brust who, like most of the Badgers, was relentless on the boards, leading the team with 11 rebounds to go along with his 14 points and three assists.

“If you look at those 19 [offensive rebounds], I think 10 of them were, somebody got a hand on it first, not controlled and then we got control,” head coach Bo Ryan said.  “So that’s being active, but it’s also our size.”

Contributing to this size advantage and Wisconsin’s activity on the glass was the return of senior forward Mike Bruesewitz. In 13 minutes off the bench, Bruesewitz scored 10 points and brought down three rebounds.  His return was rather surprising, as he had seen no action in the Badgers’ exhibition against UW-Oshkosh Wednesday. Bruesewitz had been recovering from a lacerated knee he suffered in early October.

The crowd at the Kohl Center was excited to see Bruesewitz once again on the court, giving him a round of applause when he checked into the game. Bruesewitz sunk his first shot, a three-pointer, from the top of the key.

While the fans were excited to see the return of Bruesewitz, his teammates were just as excited because they know what a healthy Bruesewitz means to their team.

“You guys have all seen what he’s capable of, the energy and the intensity he brings, the toughness,” Berggren said. “He does all the little things, getting on the glass, getting rebounds, he’ll knock down open shots.  He makes plays for himself and other people.

“That’s what we love about him and that’s why he’s a key piece to our team.”

In addition to Bruesewitz’ return, highly touted freshman forward Sam Dekker made his debut Sunday.  Dekker was the No. 17 recruit in the nation (according to ESPN’s rankings) and has been arguably the most hyped player to come to Wisconsin since Devin Harris came out of Wauwatosa East in 2001. The Sheboygan, Wis., native wasted no time contributing, hitting his first shot, a corner three-pointer.  Dekker showed glimpses of his notorious three-point shooting and athleticism throughout the game, finishing with eight points on 3-of-5 shooting in 17 minutes off the bench.

Newly appointed starting point guard George Marshall (redshirt freshman), another player many fans had their eyes on, had a relatively quiet first game offensively with five points and two assists.

The Badgers will travel to Gainesville Wednesday to take on No. 10 Florida.

Steven Olikara: A new generation of the Wisconsin Idea 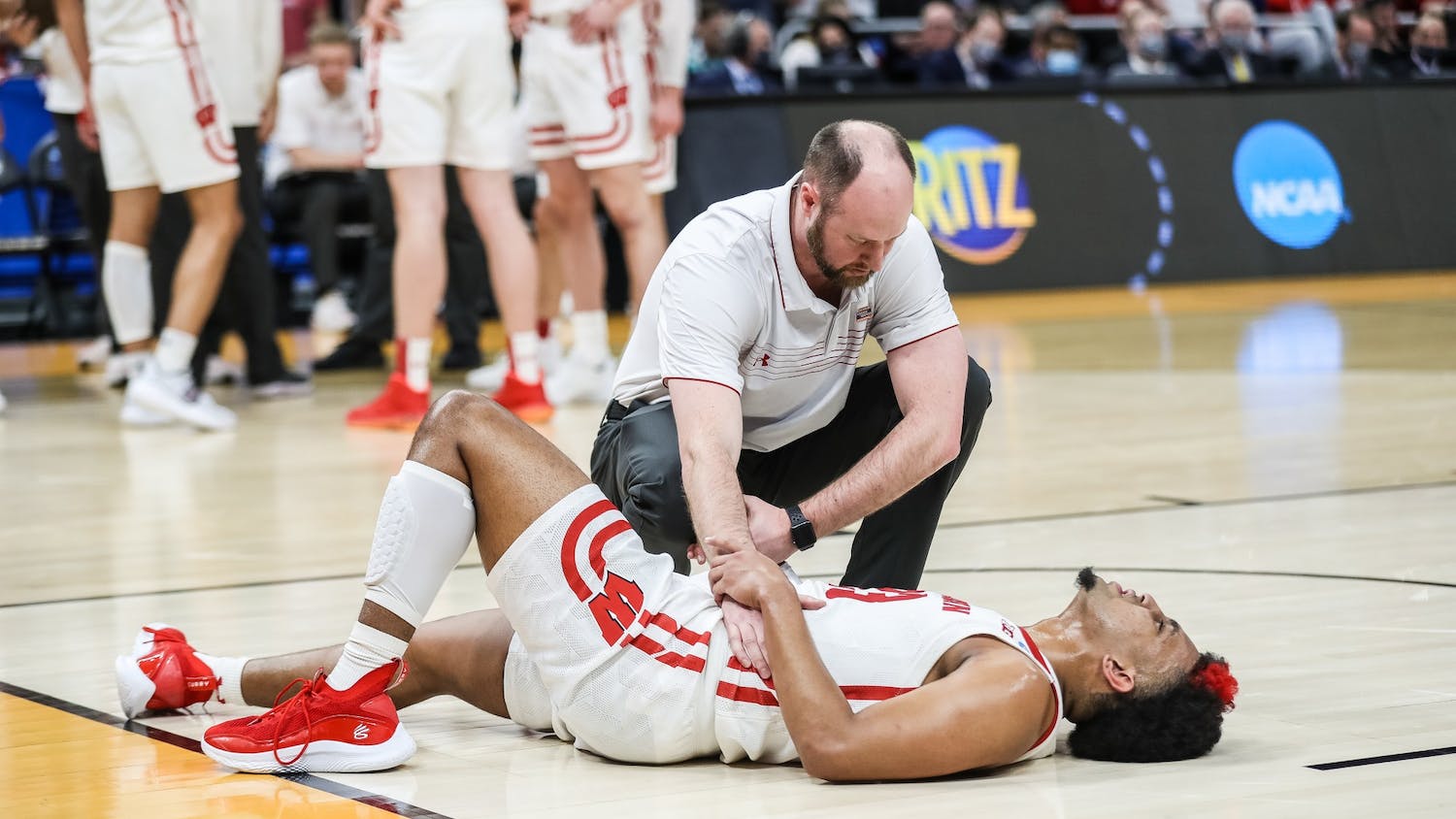