Reflections on the American pastime from the concessions booth

Towards the end of the 2011 film “Moneyball,” Jonah Hill’s character — the nerdy economist who helped the Oakland Athletics build a dominant team with minimal funding only to lose in the playoffs — flips on the tape of a minor league catcher to show his dejected boss. Brad Pitt’s character, A’s General Manager Billy Beane, sits in the darkened film room and watches the big man hit a home run without even knowing it.

The metaphor is obvious. Even though he didn’t win the World Series, he too hit a home run even if he didn’t see it at the time. Beane leans back in his chair, smiles and utters a quote that has become famous among fans: “How can you not be romantic about baseball?”

In short, there is an answer, Mr. Beane: work a concessions shift down at the ballpark.

That was my job — summer at the ballpark. Hot St. Louis June nights with flood lights illuminating the freshly cut outfield. Fireworks to celebrate yet another late-inning Paul Goldschmidt home run that brought an electric crowd of 40,000 to their feet, and middle-aged customers looking at the tip button on my card reader like it was a low-income housing development in their gated, suburban community.

“Get a job,” is a refrain that has been uttered from time to time to teenagers whose parents want to get them out of the house. Whether at your local fast food restaurant or down at the stadium like me, these minimum-wage, entry-level jobs are all similar in the fact that they all are grueling and monotonous, but that’s something you know going into it.

We endure it because we know there are lessons in teamwork and hard work. But more and more of today’s adolescents have become pressured to seek the holy grail of summer activities — an internship.

That’s what one of my friends found himself doing this summer — an $18 an hour internship at a prominent investment group. He informed us that his 9 to 5 job consists of him messing around for about 90% of the time with minimal supervision and – as a capstone – he will need to complete a group project that he reports will take no more than two hours on his part. It’s reasonable to ask — what’s the point?

This coincidentally coincided with my picking up a book that’s been on my reading list for quite some time: David Graeber’s “Bullshit Jobs: The Rise of Pointless Work and What We Can Do About It.”

Baseball as a Cultural Antidote

I realize that up here I, a St. Louis Cardinals fan, am dwarfed by a vast Milwaukee Brewers fanbase. Over the past couple of seasons, the two have consistently battled for the NL Central crown and the coveted playoff berth that comes along with it. I’m not asking you to cheer for a hated rival, just understand how magical this season has been for someone who grew up 360 miles south of Madison.

In any other season, the dual MVP-caliber seasons of sluggers Paul Goldschmidt and Nolan Arenado would be the story. If not that, the record-setting final season of Adam Wainwright and Yadier Molina — one of the greatest pitcher-catcher combos in Major League history — would certainly suffice. But this year in St. Louis, all other stories took backstage to the return and resurgence of The Machine, Albert Pujols.

He gave a new life to the COVID-scarred fanbase, and as the season progressed the crowds began to build — to see a king at his old cathedral. I was there the last night he played in that stadium — the cold autumn night and palpable tension turned to exuberance as the Redbirds pulled away in Game 7 to clinch a truly improbable World Series title.

This was, of course, followed by the heartbreak of our future Hall of Fame slugger, who had just delivered his second Fall Classic to Missouri, swapping his Midwest superstardom for a chance at big-time Hollywood money.

When Albert signed a 10-year, $254 million contract with the Los Angeles Angels in the winter of 2011, St. Louisans were hurt, no question about it. The strange thing, though, was that very few were mad, and those who were got over it quickly. Everyone understood that’s how the business works. Money rules all. There was never any hatred towards him because everyone understood memories, and “hometown allegiance” means nothing compared to a nine-figure payday.

But over a decade later, the aging star, who had been reduced to a shell of his former self in California, came home to take a few bows and ride off into the sunset with his old team. At least, that was the plan.

In early July, he was struggling to hit .200 and only getting into a game every couple of days. Somewhere, somehow, a switch flipped. Over the past two months, he returned to form as one of the most dominant power hitters to ever live. Every game the Cardinals need a clutch home run in the late innings, he seems to deliver. It’s allowed fans to turn the clock back to the late 2000s and relish seeing greatness in peak form just one more time.

For as unromantic as the work was, the baseball might as well have been a Caribbean destination wedding or a fire on a cozy Christmas morning.

This is always a season of nostalgia for me. Autumn smells and inky nights with football on the television bring me back to birthdays on the porch, back to chasing the final fireflies of summer around in the backyard, and I yearn to live the past three months all over again.

In a world that seeks to measure everything in terms of efficiency, it begs the question — how do you quantify the unquantifiable? Human success and happiness cannot be judged as the sum of our labor. Small joys and spontaneous moments sustain us through this prosaic corporate world we inhabit.

This, to me, explains why tens of thousands of people from all different backgrounds and all across the lower Midwest and south make the hajj to Busch Stadium on a Tuesday night to see the Redbirds play the lowly Miami Marlins.

You can, of course, look at baseball purely statistically. In a lot of ways, numbers are coming to define this Cardinals’ season. Will Albert reach 700 career home runs like only three men before him have ever done? Will Goldschmidt achieve the National League’s first triple crown in 85 years? Earlier this month, Molina and Wainwright set the record for starts as a tandem at 325, which will likely never be broken.

However, all those numbers are more than just empirical statistics — they’re memories too. Those numbers are the sum of all the hours spent huddling around the television with your friends on an October night, praying you can pull out this win-or-go-home playoff game. They’re a wide-eyed child walking into the park, grasping their father’s hand, overwhelmed by the imposing awe that radiates from the stadium.

Baseball allows people to remain in touch with the part of humanity that our society seems so fixated on crushing. The part that allows you to go to the ballpark with a friend, sit down, and enjoy the crack of the bat and the smell of peanuts for three hours before returning home — feeling satisfied even without “accomplishing” anything.

Without question, the older we get, the more responsibility we incur and the larger our societal debt will become. I am not arguing for a fictitious, utopian society where we all sit around and watch sports, but today, as Graeber so eloquently put it, “we have become a civilization based on work. Not even ‘productive work,’ but work as an end and meaning in itself.”

Recent studies by the National Association of Colleges and employers found that 60% of undergraduate students will complete an internship while in college and the majority of these will occur over the summer. In an otherwise busy world, summer should be a time for a break — to learn experientially and to enjoy activities separate from the Great American rat race.

“Well it looks good on a résumé,” was the most common justification I heard from friends as to why their internship was so beneficial. Not the skills they gained, just the fact that down the road they can say they sat at a desk for 40 hours for X hospital or Z investment bank. This is what Graeber means about work being an end in and of itself. Summer internships produce little for society; their biggest value is that the intern gets to say that they worked.

In his 1930 essay “Economic Possibilities for our Grandchildren,” economist John Maynard Keynes predicted that, due to future technological advances, future societies would be able to work no more than 15 hours a week and still enjoy modern luxuries. As Graeber argues, we have traded this away for a culture that uses efficiency as the ultimate metric for societal value.

To the inevitable criticism that this article can only be written by someone with privilege, I have no argument. The sad reality is that in the United States, “meaningless” experiences have become a luxury most cannot afford. We tie virtually all government assistance to work requirements as if that is what makes you human or makes you worthy of help. It doesn’t have to be this way.

“Don’t let life pass you by” is a popular refrain, but I think the more apt phrase should be “don’t pass life by.” Let life wash over you, for a change.

Before the leaves turn brown and the meetings pile up, take a second to appreciate life from the slow lane. Feel the way we as humans are supposed to feel — enjoying, savoring and reminiscing.

It would be one thing if the system worked but looking at the data it’s clear it does not. According to Mental Health America, nearly 50 million Americans are currently experiencing mental illness, 25 million have substance abuse issues, and the number of Americans who report serious thoughts of suicide, which has risen every year over the past decade, sits at 11.4 million.

Our brand of rugged individualism likes to treat this as millions of unique problems that can be treated only with therapy and medication. While these can certainly be effective, why do so few modern leaders associate the mental health crisis with systemic failure? This is not a new idea, it’s one that was argued by 19th century thinkers such as Emile Durkheim and 20th century scholars like Michel Foucault. Today it seems to be forgotten, which is strange. Is it that hard to imagine a culture that reduces humans to numbers might not make people feel valued? Teenagers don’t belong behind computers in coats and ties. Get them outside, get them learning what it means to be human.

Graham Brown is a Sophomore studying Political Science at the University of Wisconsin-Madison. Do you agree that the idea of summer internships needs to be reimagined? Send all comments to opinion@dailycardinal.com.

Free Speech: The lost progressive cause 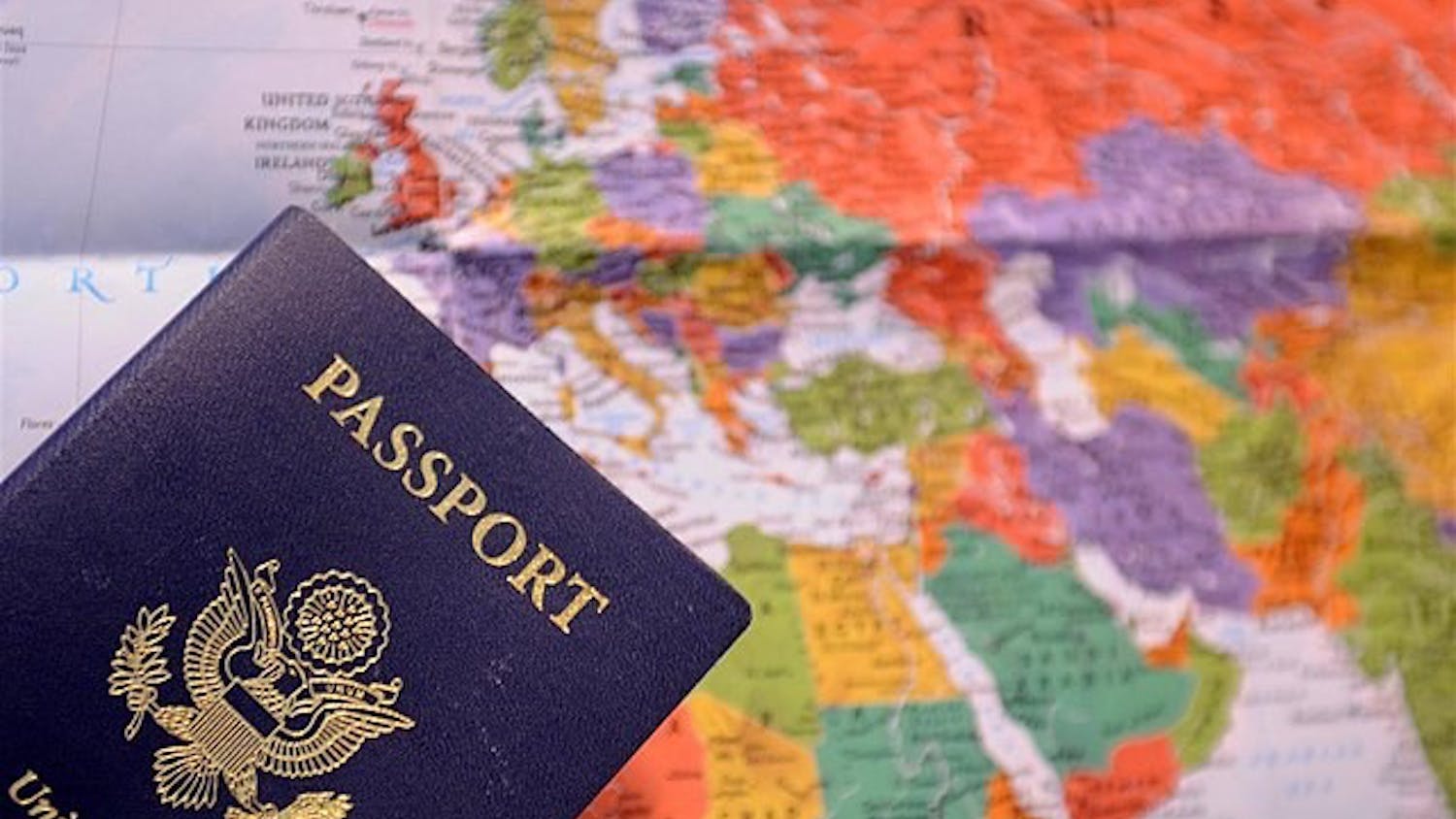 ‘Aliens,’ the semantics of immigration