At a predominantly white institution (PWI) like the University of Wisconsin-Madison, Black students often find themselves feeling alone or out of place. These feelings of isolation have pervaded the Black student experience throughout the university’s history, and as a result, Black Badgers feel they must seek out or create their own community.

On Saturday, May 7, UW-Madison unveiled a much-overdue landmark of one such community’s presence on its campus. Hundreds turned out to witness the unveiling of the Divine Nine Garden Plaza, dedicated to the history and achievement of Black members of the National Pan-Hellenic Council at UW-Madison.

The National Pan-Hellenic Council, or NPHC, is a Black Greek life organization comprising nine historically-Black fraternities and sororities, commonly referred to as the Divine Nine.

It would be another 22 years before UW-Madison’s first Black sorority was officially chartered — the Epsilon Delta chapter of the Alpha Kappa Alpha Sorority, Inc. in 1968. Fifty-four years later, several of AKA’s founding members attended Saturday’s ceremony.

The sorority’s original president, Sara Jackson-Brunson, emphasized the Garden Plaza’s deep importance to herself, other Black students and alumni.

“The feeling of inclusion is really very difficult to express,” said Jackson-Brunson. “When we were students here, we certainly didn’t feel that [...]. We could go through a whole day and not see another Black student.”

Each fraternity and sorority’s obelisk included the names of all of its charter members, which the attending Alpha Kappa Alpha sisters described as an “incredible feeling” and a “wonderful legacy to leave.”

Darius Lassiter, a rising junior and a member of the Gamma Gamma Gamma chapter of Omega Psi Phi Fraternity, Inc., is the current secretary and incoming president of the NPHC. He described the discrepancy in visibility between historically-white and Black Greek life on campus.

“If you go to Langdon, you have all these houses, their letters,” said Lassiter. “All we have is the letters on our backs.”

The feeling of “see[ing] our crest right in the heart of campus” after decades of being marginalized and overlooked left Lassiter “at a loss for words.” He conveyed hope that this new landmark on campus will spark conversation, spread awareness of the rich history of Black sororities and fraternities and potentially attract new members to join the Divine Nine.

Charles Brown, a member of the 1972 pledge class of the Epsilon Theta chapter of the Omega Psi Phi Fraternity, Inc., stated that without the community created by his fraternity brothers and other Black student organizations, he “would have simply been a student.” His involvement with Omega Psi Phi, he said, helped shape his experience at UW-Madison.

Brown articulated the immense gratification after a 50-year wait to see “inclusion [brought] to the forefront” in celebration of the many “achievements and contributions that these Black Greek organizations have made.” He expressed his hope that the Garden Plaza will serve as an “inspiration for the younger generation” and a reminder that work still needs to be done.

A group of students from the Student Inclusion Committee, a collective of activists that formed in response to the controversy generated by the 2019 Homecoming video, spearheaded the Divine Nine Garden Plaza project.

The video, which brought national media attention to the racial inequities present at the university, depicted almost no students of color — and perhaps most egregiously, the Homecoming Committee reneged on its promise to include footage filmed by the sisters of Alpha Kappa Alpha.

Payton Wade, a 2020 UW graduate and a member of Alpha Kappa Alpha, played an instrumental role in bringing the Garden Plaza project to fruition. In a speech delivered at Saturday’s unveiling, Wade illustrated the difficult emotions that came along with the Homecoming video — a sense of exclusion and unwelcomeness that is, unfortunately, “nothing new” to a Black student attending a PWI.

However, said Wade, this experience galvanized her desire to make change for other Black students at UW-Madison. She and Israel Oby, who worked alongside Wade from the project’s inception to its realization, described countless late nights, meetings and frustrations that paved the way.

Oby, who is a 2021 UW graduate and a member of the Beta Omicron chapter of Kappa Alpha Psi Fraternity, Inc., emphasized the power of one’s voice to make a difference. He praised those whose bold outspokenness brought the Garden Plaza into reality and urged students and community members to recognize the profound impact their voices can make.

Oby addressed the “generations of students of color on this campus that tried to use their voice and walked away feeling defeated and silenced,” saying that the monuments serve as a visual reminder of the power of speaking out.

“We stand on the voices of countless generations of students and others on this campus,” said Oby. “These monuments are a representation of the fact that our voices matter.” 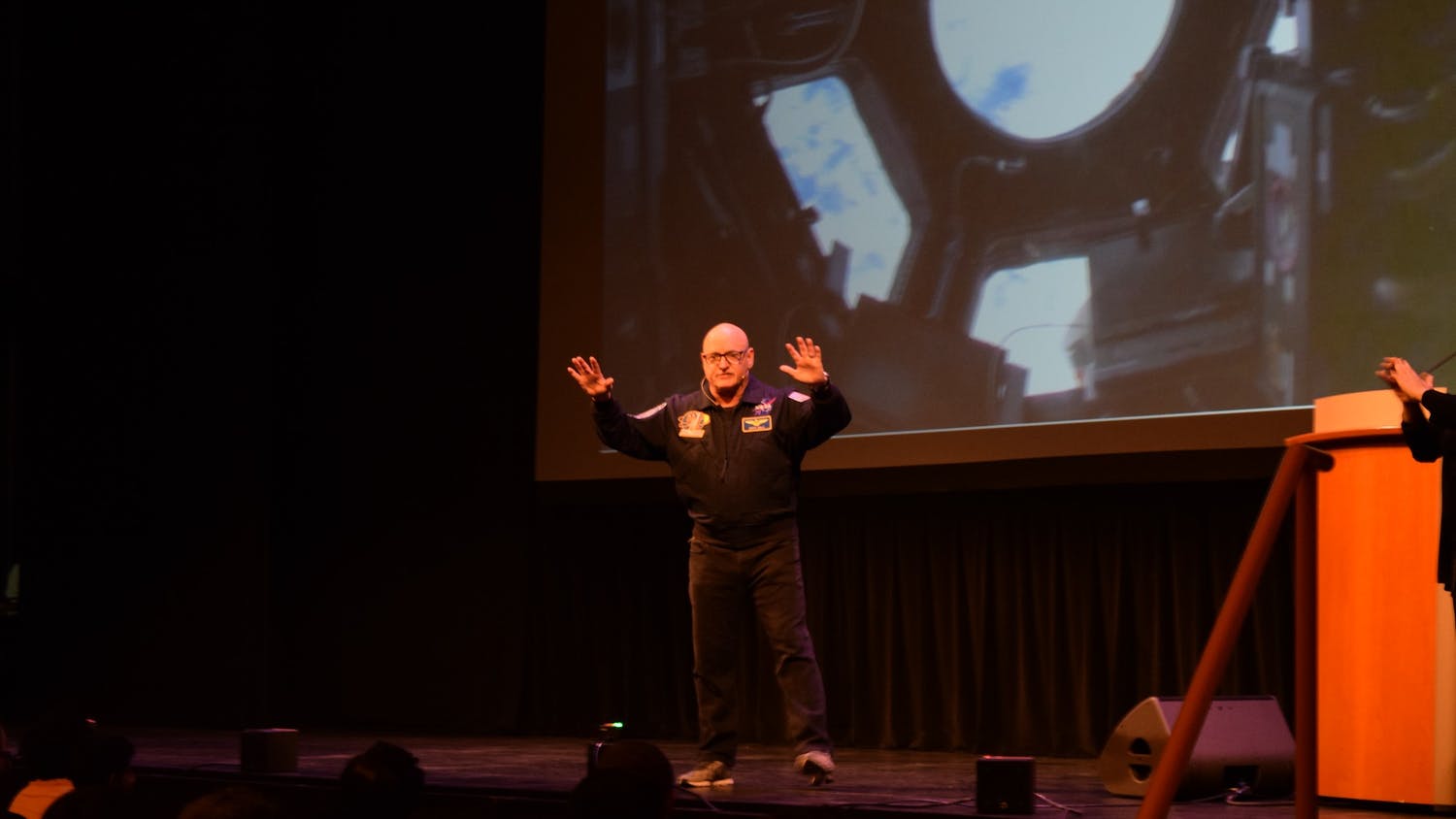