On Wednesday, as Congress began counting electoral votes in a free election, insurrectionists breached the U.S. Capitol Building and halted the proceedings.

It would be comforting to say that such an event as the storming of the U.S. Capitol Building was a surprise but, alas, this was a foreseeable conclusion of President Trump’s four years in office, stoking the fires of partisan hatred and further division.

Just hours prior, Trump held a rally outside the White House and incited such displays of lawlessness. He proclaimed to his frenzied supporters that they would have to “show strength” as they voiced their displeasure at the outcome of the election.

Out of all the unrest and violence that has occurred in recent years, this is the crown jewel of the atmosphere Trump has nurtured. At his command, his supporters stormed a hallowed building in the history of this nation, which hasn’t been breached since 1814 during war, and halted a primary process in the peaceful transition of power. This in un-American and truly disgraceful.

For weeks, apologists for the president have claimed that Trump’s unsubstantiated claims of a fraudulent election were not a threat to the foundation of democracy. The events of Jan. 6 are a complete repudiation of those assertions. Trump has worked his supporters into a frenzy using false claims of stolen elections to push them over the edge and create the atmosphere in which an event like this was possible.

This was not a peaceful political protest. This was an armed attempt at a coup on the grounds of our nation’s capital.

Such a disgraceful insurrection instigated by President Trump is what he will be remembered for. Not any of the economic records he flaunts, or “tremendous” things he has claimed to have accomplished can override the events of Jan. 6 that he made possible. Storming the U.S. Capitol Building was the end result of months of stirring the pot with incendiary false claims.

The hypocrisy of Trump’s platform has been put on a marveling display by these actions. He claimed to be the candidate of “law and order” but in the face of supreme lawlessness, he encouraged the most anti-American act possible and when supposedly rebuking them, he admonished the mob by saying “we love you."

Jan. 6 was the culmination of what happens when a single person is deified, and when a cult of personality is celebrated instead of the values of a nation. The rallying call for these seditionists is that it was a “fight for freedom” and comparable to the American Revolution of 1776. Ironically, that anointed year was in the spirit of democracy and in an appreciation for nation, and not love for a single ruler. The events of 1776 are at heart the antithesis to those of Jan. 6.

On top of all that, Trump has time after time stated that he is a supporter of the police and his supporters have parroted such sentiments, but in hypocritical fashion, these very same supporters fought police, pepper sprayed them and disrespected them at every turn. Their hollow values they profess are unveiled for all to see.

Now, were the events of Jan. 6 a disgusting representation of political vitriol? Yes. Was it also incited by the president’s inflammatory rhetoric dating back to 2015? Also yes.

But I think going forward, we have to turn our attention from the angry mob to the one who caused it. Obviously what they did was wrong when they attempted to stall democracy, but I think we also have to acknowledge the perpetrators of the breach were not likely towering intellectuals, and were easily swayed by the president’s remarks. These rioters were consumed by political ideology and devoid of reason. They were going to do whatever the president commanded, so while they are guilty and at fault for those heinous acts, Donald Trump ultimately shares more culpability.

For months, he has inculcated in his followers that their democracy is under attack and that he is the champion of the people. It is repeated to them every day that the evil “theys” stole the election from Mr. Trump and in turn, subverted the will of the common people. The devotion to these notions would provide a perfect case study in regard to what happens when you mold the facts to fit to your preconceived conclusion.

Through the course of 59 court cases, the Trump campaign produced no tangible evidence of election fraud, and were laughed out of the courtroom by judges that Trump himself appointed, but to Trump and his supporters, this only strengthens their belief that the corruption runs so deep that the malevolent “they” control the courts as well.

It is time to face facts, both on the president’s part and his supporters. Carl Sagan once said, “knowledge is preferable to ignorance; better by far to embrace a hard truth, rather than a reassuring fable.”

Making deflections about the Black Lives Matter movement or the ANTIFA boogeyman, does not help recognize and solve the problem. Rather, Trump and his mob reject the truth for “reassuring fables.” It is easy to understand why; it is human nature to wish to be a representative of the majority, to be right and to be supported in your agenda. Trump and his egotism will not allow him to acknowledge that maybe, just maybe, he was not representative of American values in the way in which he fantasized himself as. Equally likely and another theory is that perhaps more Americans disapproved of him rather than supported him. For him, the prospect of a grand conspiracy of fraud is more comforting and encouraging.

It is much easier to condemn him as a Hitler, and his supporters as organized domestic terrorists bent on the destruction of democracy. Unfortunately, it is unlikely to be so black and white. Trump is a narcissist and megalomaniac who cannot accept or acknowledge his own error and is clinching desperately for the power fading before him.

The supporters who stormed the Capitol Building are likely a mob of those possessed by Trump’s rhetoric, drunk on nationalism and delusions of righteousness, rather than legitimate domestic terrorists who wish to destroy America (even though they engaged in events that could certainly be classified as terrorism). I think we should consider that it was simply a group of uninformed fools misled by lies who - inflamed by the president’s rhetoric - adopted violent tactics to fight an ill-perceived injustice against America. By definition, this would be known as seditionists, and they should be prosecuted as such.

No one should be surprised by this assault on the Capitol, as it was a logical conclusion if one considers the steady stream of propaganda that has been fed to Trump’s supporters.

In no way does this excuse their behavior, and if anything it further condemns it as uneducated acts of ignorant violence. This is not meant to be a defense of his or their actions, which were despicable and should be prosecuted to the extent of the law, but rather an opportunity to understand why they might commit such acts.

Jan. 6 was a sad day and should be remembered as a warning for the dangers of deification. In a similar vein, we should take care in not understating the shared national shame of such a day and the actions committed by the contemptible mob.

We should also not exaggerate it to the point of calling it one of the worst days in American history. It was not. It was definitely a disgusting day opposed to democratic values, but it was not comparable to the days full of great struggle in our nation's history.

Everyone should take a step back, readjust with reality and facts, reevaluate and only then form the next reasonable course of action. The Trump administration is ending, even though the movement he created is sure to remain for some time. It is time to look onward to what the Biden Administration may bring, and how they will tackle the absolute mess they will be inheriting.

Ian-Michael is an Opinion Editor at The Daily Cardinal and a freshman studying Political Science and Journalism. Was the mob possessed by the rhetoric of the president? Does Trump, Hawley and Cruz share culpability in the events that took place? Send all comments to opinion@dailycardinal.com. 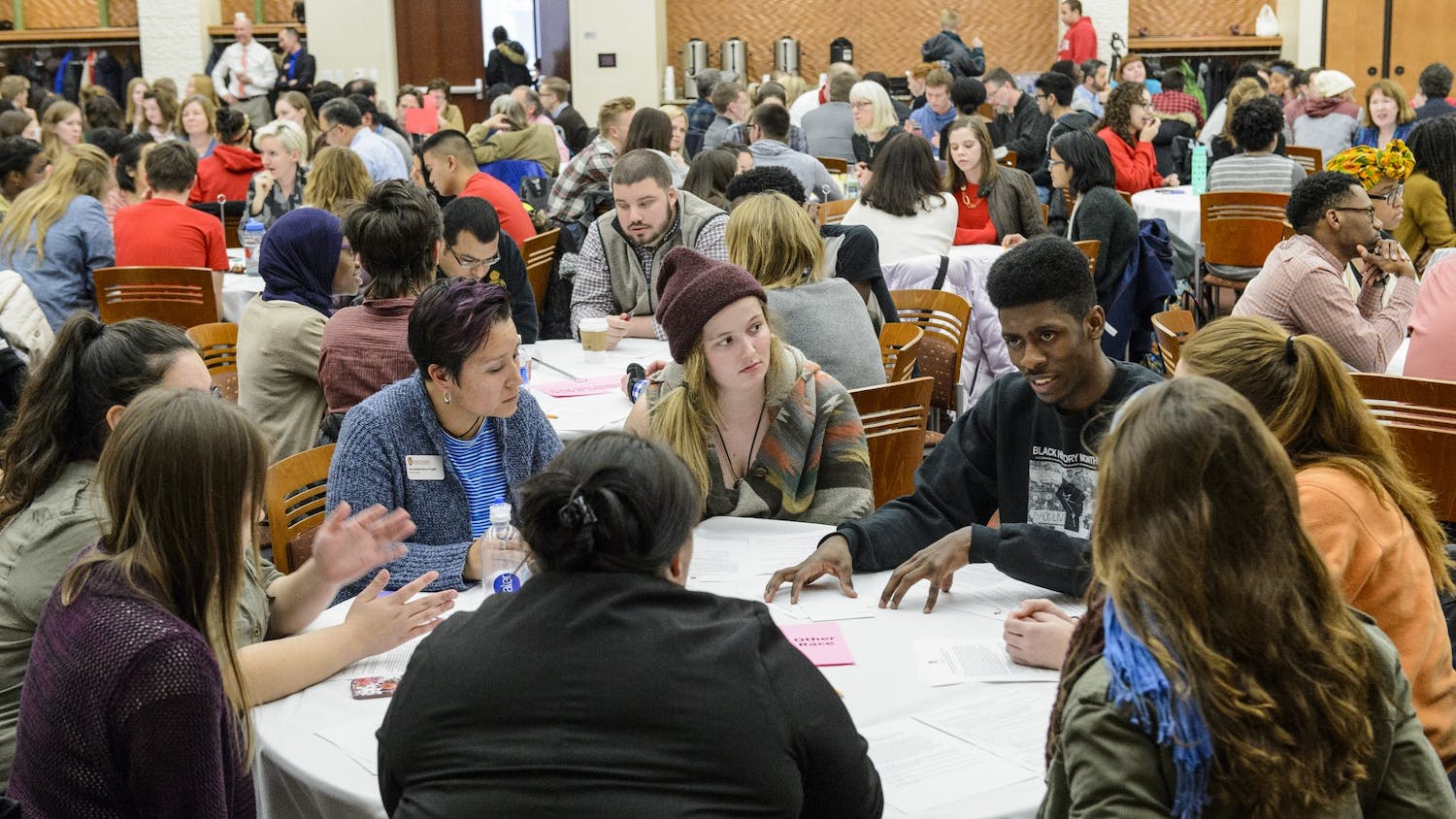 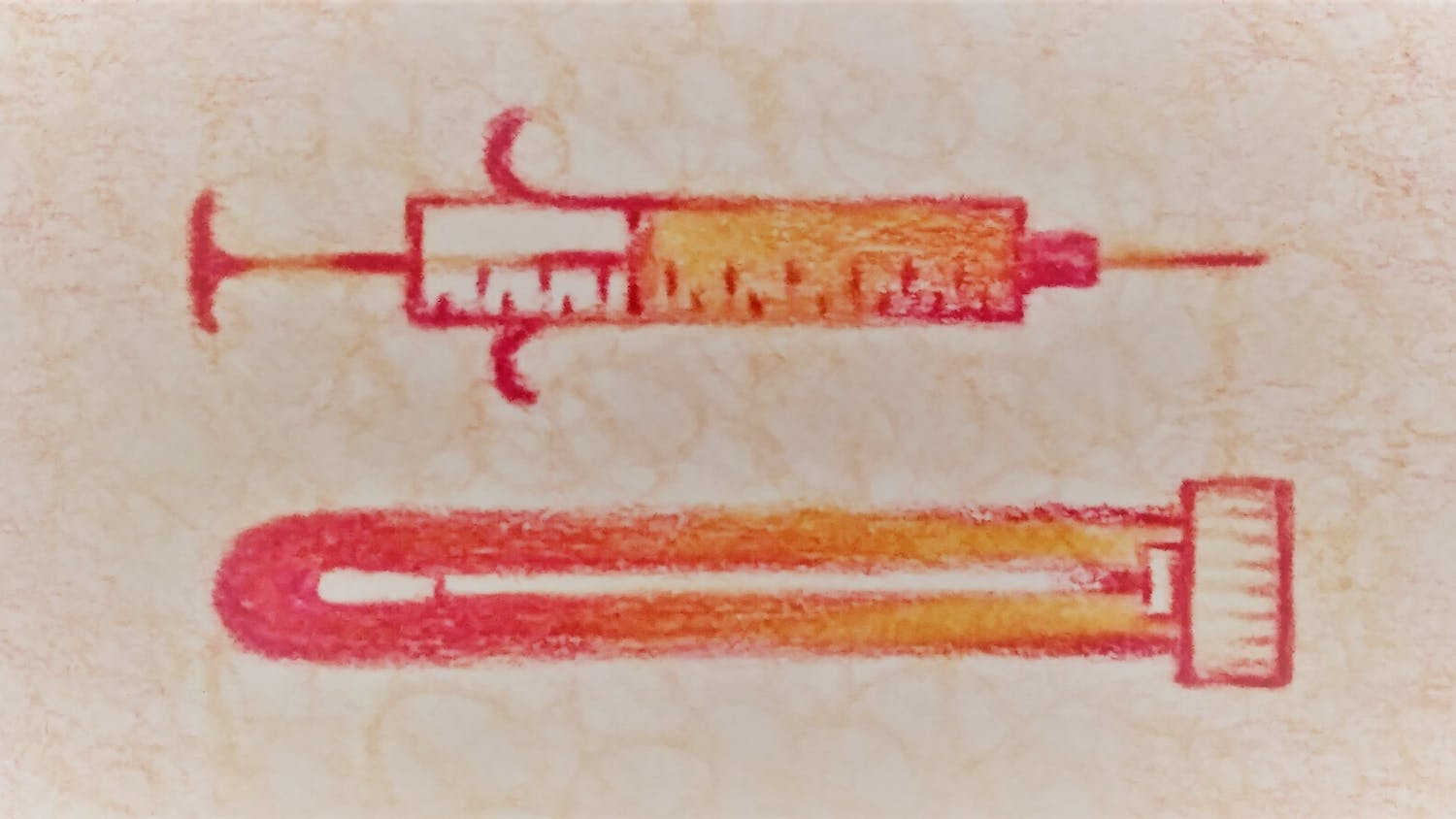