Protest was at the front of everyone’s mind this summer, as police killings of George Floyd and Breonna Taylor stirred up a movement for racial and social justice with a magnitude not seen in 60 years.

Many protests around the country stayed peaceful, however Madison and other major cities saw nearly a week of unrest at the beginning of June. Riot police and the Wisconsin National Guard were called into Madison, culminating in days of riots and tear gas.

“When [tear] gas hits you the first thing that happens is your face gets really itchy, and then it gets unbearably hot,” said Juan Martinez, who served as a makeshift medic during the first day of riots in Madison on May 31. “After that it feels like suffocating — no matter how much air you want to get in you, you taste the gas, you smell the gas, you feel the gas.”

Tear gas, which has been an acceptable riot control agent since World War 1, officially causes “irritation to the eyes, mouth, throat, lungs and skin” according to the Centers for Disease Control. The CDC also says the effects of tear gas wear off after about 15 to 30 minutes. However, Martinez had a different experience with the gas.

“When I took a shower that night and tried to clean [the gas] off, it just felt like it was spreading everywhere instead of coming off,” Martinez said. “I could still feel it on me for a day or two afterwards.”

Five days after the death of George Floyd, a peaceful protest was scheduled to take place in downtown Madison. After five and a half hours of peaceful marching and demonstrations, the protest turned into a riot as a police riot team arrived, and MPD began to spray tear gas at a crowd on State Street.

Almost every business on State Street was broken into and looted, including Goodman’s Jewelers, one of the first stores looted during the unrest. As the day dragged on, beloved Madison street performer Paul Schlosser was gassed as well as Tony Robinson’s sister, who was at the time pleading with protesters to let the police be.

Eventually a cop car was driven down the road and set on fire by protesters.

The next three days followed a similar pattern. Peaceful protests eventually turned into riots as the day lapsed into darkness, which prompted plenty of tear gas and pepper spray to be deployed by officers.

In June and July, protests continued in Madison, as eventually both statues on Capitol Square were knocked down. State Sen. Tim Carpenter was assaulted that night by protesters for filming the statue coming down.

In August, after the shooting of Jacob Blake in Kenosha, protests again broke out statewide. In Madison things stayed peaceful, except when a Dane County Sheriff’s deputy shot a tear gas canister without proper clearance from Madison police command staff.

It was later confirmed that UWPD aided MPD with personnel and chemical ammunition.

Open records show that MPD spent over $20,000 on crowd control in the three days with the most violent protest. UWPD spent just under $9,000 during the early days of June.

What is tear gas?

Researchers Pierre-Nicolas Carron and Bertrand Yersin explain in the British Medical Journal, that tear gas is “not a gas at all, but a toxic chemical irritant.”

While the CDC lists only short-term effects of tear gas, or its chemical compounds chloroacetophenone (CN) and chlorobenzylidenemalononitrile (CS), experts worry that prolonged exposure to the gas could have serious health consequences.

“Tear gas is liable to cause panic — the idea of being choked, the dread of being slowly strangled is powerful,” Carron and Yersin write.

The chemicals are released into the air as droplets out of a metal canister, indiscriminately affecting anyone who wanders near the gas.

“If you think about the way that it's being deployed, it doesn't really distinguish between young people and elderly, the healthy and the sick, people who are peaceful protesters or those who are using violence,” Jamil Dakwar, director of the human rights program with the American Civil Liberties Union, told reporters in July.

Martinez, who lived on West Washington Street in Madison, had firsthand experience with the gas’s indiscriminate nature.

“We were running our AC units because it was the middle of the summer,” Martinez said. “All of a sudden both of my dogs started to puke, and my girlfriend could smell gas coming through our air conditioning. They don’t just throw up like that ever, I’m convinced it was because of the gas,” he said.

CN and CS were both discovered in WWI as chemical warfare took hold in Europe. The gas that police forces use on citizens now is a tamed down version of the WWI original.

Tear gas is considered a “less lethal” form of crowd control by police, but that doesn’t mean it isn’t lethal at all. Just this year, a 22 year-old died after extreme exposure to the gas, though it is not confirmed the gas was the explicit reason for her death.

“The idea is that this has become the first trigger — the first thing that law enforcement would use — as if it is going to be the way to de-escalate and end the protest,” Dakwar said. “Most of the time, it's really used to suppress protest and that's really one of the fundamental problems with it.”

How did tear gas become acceptable?

A few years after World War I, world leaders met in Switzerland and agreed to prohibit "the use in war of asphyxiating, poisonous or other gases, and of all analogous liquids, materials or devices" as well as "the use of bacteriological methods of warfare," according to the famous Geneva Protocol of 1925.

The agreement generally banned the use of chemical and biological weapons in warfare, without specific chemicals named. It took the US until 1975 to ratify the agreement, and when it did, it kept the right to use riot control agents to control "rioting prisoners of war," among other exceptions.

In the years between 1925 and 1975, tear gas had been adopted and accepted by almost every major police force in America. Major General Amos Fries, head of the U.S. Chemical Warfare Service, was able to convince most of America by 1930 that tear gas was an acceptable use of riot control.

In 1993, the United Nations General Assembly agreed on the Chemical Weapons Convention, which banned the development, production, stockpiling and use of chemical weapons, along with requiring countries to destroy any chemical weapons it possessed.

The convention went into effect in 1997; however, the agreement included an exception allowing domestic law enforcement to use tear gas as a riot control agent.

Despite calls from groups like Freedom Inc. to defund the police, the state and city government gave MPD an increase in funding of about 3.2 percent in the latest budget.

Madison mayor Satya Rhodes-Conway said in a statement that the total budget increase is due to rising health care costs. A multi-year contract made under the past administration includes a 3.75 percent raise in 2021 for the police department. However, Rhodes-Conway has said the raise for police is no longer affordable due to the COVID-19 pandemic.

Rhodes-Conway said she has been calling on the police union to reopen contract negotiations, but the union has declined so far. She also has said that $2 million will be cut from the general fund regardless of the union's position.

However there is some change coming to the department — Madison School Districts decided not to renew its contract with MPD school liaisons, while an independent commission was formed to oversee the police and an independent auditor of MPD was hired.

The Madison City Council recently scrapped a proposal that would have banned the city's police department from using tear gas, pepper spray and sponge-projectile launchers — instead voting 16-3 to hold off on prohibiting tear gas until a study of alternatives can be completed.

“Having [a tear gas] ban in place would be a very good thing for the safety of the members of this community,” Mathew Mitnick, a resident member of the Madison Public Safety Review Committee said.

The future use of tear gas will become clearer when the study of alternatives is completed by Jan. 6.

‘We will not be silent’: Madison protests the overturning of Roe v. Wade 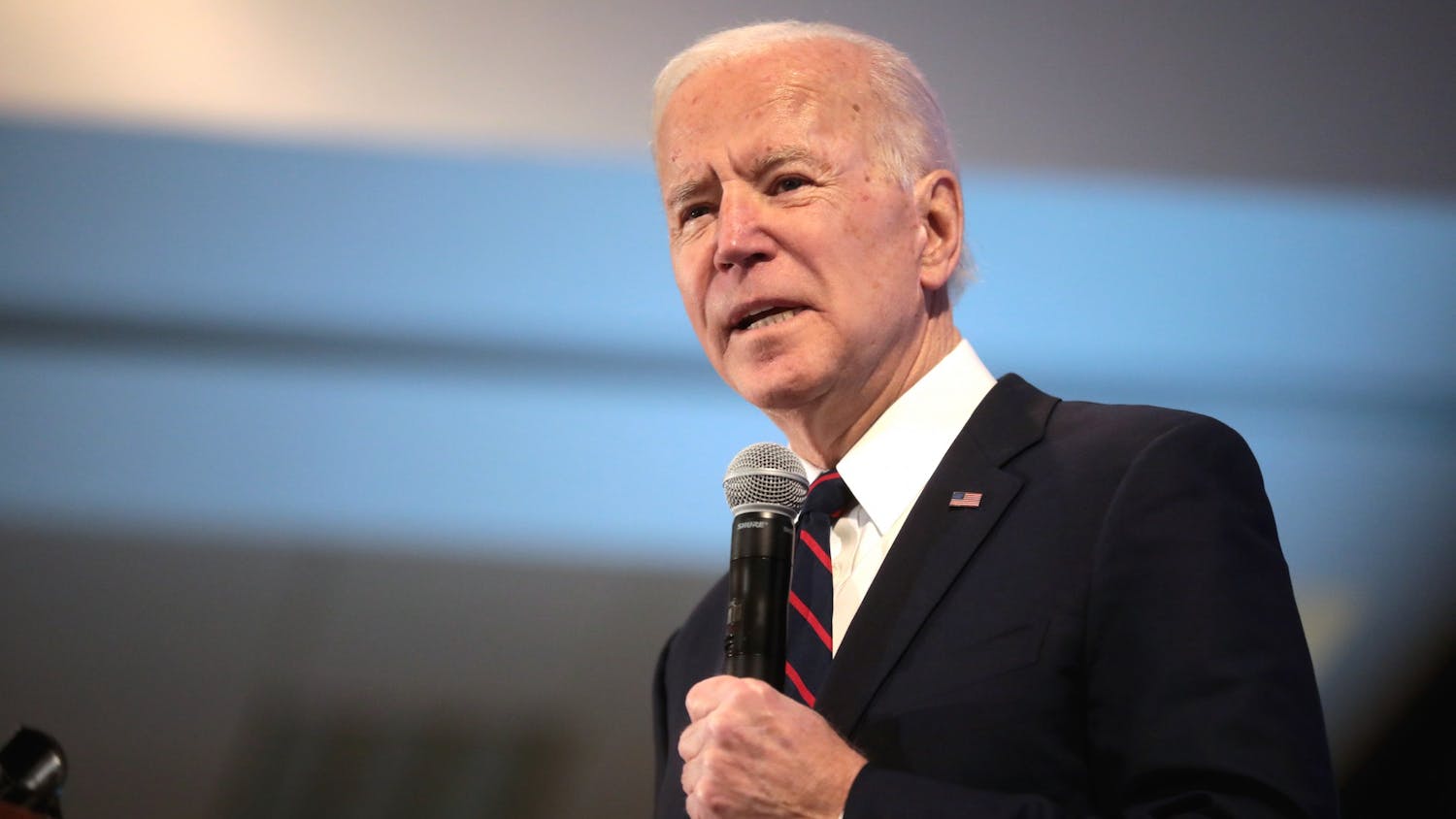 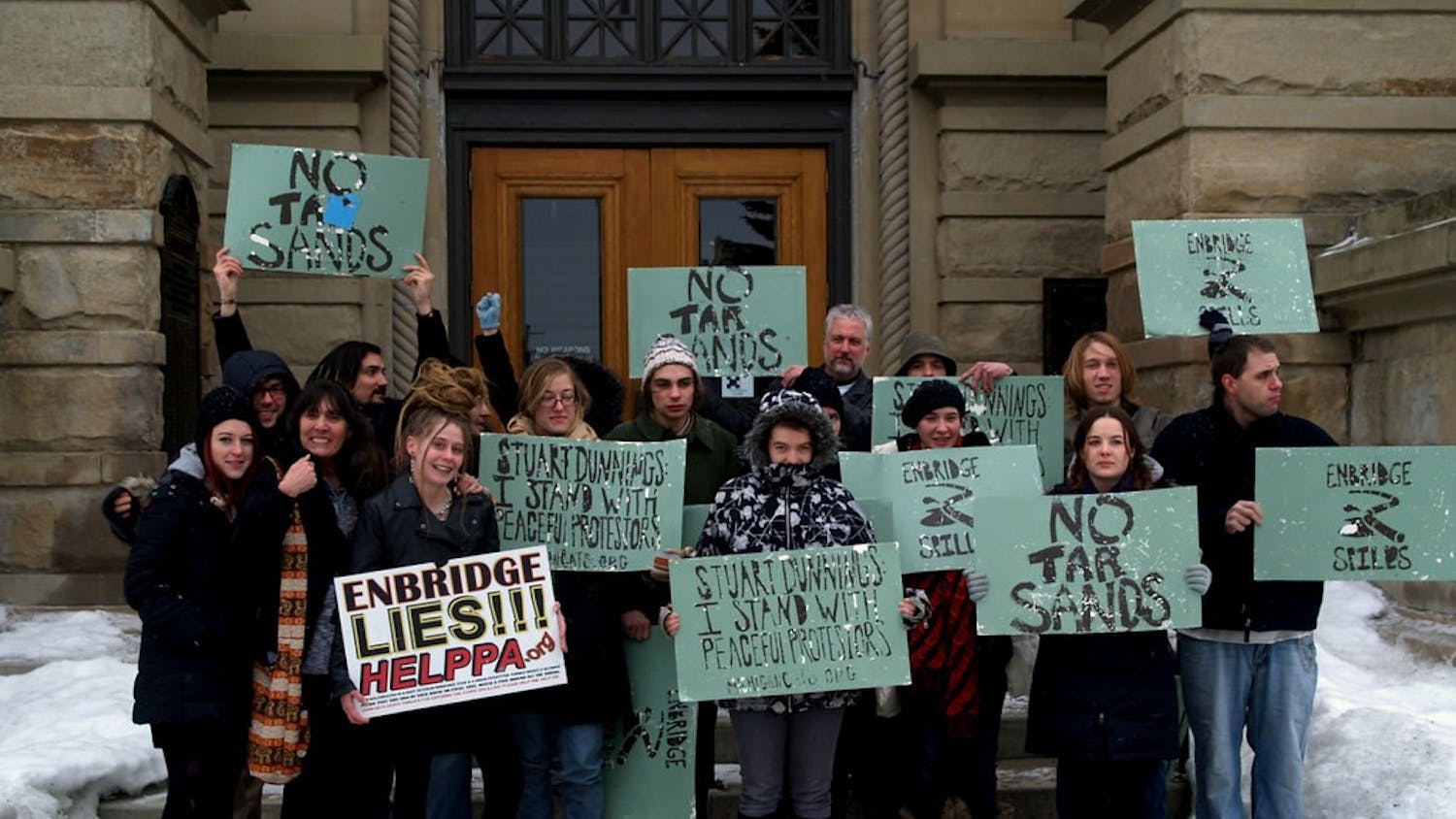 End construction on the Line 3 pipeline