We asked UW students: What does this election mean to you?

Four years ago, before most UW-Madison students were even able to vote, an election fundamentally changed the way our generation views politics.

On Tuesday, many of those students cast their first ballots in a contest where they saw a stark difference between two incompatible versions of America. The Daily Cardinal took to the streets to find out what specific issues make this election meaningful for students here at UW-Madison.

After battleground swing state of Wisconsin fell red in 2016 primarily due to the surge of voting from blue-collar rural Wisconsin, according to the New York Times, the youth vote in Madison and Milwaukee, with other blue upticks in Eau Claire, La Crosse and Green Bay, seem to have been a driving cause in state’s Democratic flip.

As the results of that contest remain unclear — with some states yet to announce a winner and the president’s twitter account casting doubt on the integrity of the election — we took a look through the eyes of UW-Madison current and past students at what hangs in the balance.

How do you feel about President Trump and former Vice President Joe Biden as candidates?

“For years, the notion of holding my nose while I vote for the lesser of two evils is tempered in this election because our current President [and] his supporters -including Republican representatives at all levels- have exemplified evil in unprecedented ways,” said Brian Bedford, UW Odyssey class of 1974.

Rose Kelleher, a sophomore at UW-Madison, was passionate about this election because of the insensitivity that President Donald Trump has shown in the past four years.

“I am voting in this election because I think that this country needs real leadership which has not been shown in the last four years of Trump’s term,” said Kelleher. “It really makes me sick to my stomach that the president currently in office is blatantly racist, homophobic and a sexual offender. Every time I hear Trump speak, I am astounded at the lack of thought put into his arbitrary statements. I think much of the country is tired of listening to his bullsh**, and is ready for some real change to occur in our country, which is why I voted for Joe Biden.”

The harsh reality of a democratic leaning campus, along with the political climate that surrounds a Trump presidency, means that many conservative-leaning students are weary of voicing their political views in fear of retaliation from their peers.

“From the left side, there has been an aggressive mindset where if you’re white you are racist, and if you say you’re not, you are very racist. Basically anyone who doesn’t agree with them is 'canceled' into today’s world,” junior Dawson Bauer said. “This has been shown time and time again in these past months especially in UW students. I guarantee every UW student has seen daily posts on social media that all have the same message: if you vote for Trump, we can’t be friends because you are a terrible person and you are a racist.”

In addition to questioning President Trump’s leadership, it is evident that many youth voters are concerned with how the future president will handle the racial tension in our country.

“As a woman and person of color, I strongly believe this election will have a long lasting impact on my community and the course of my future,” said Karen Hayes, a senior at UW-Madison. “Electing a more competent leader is only the beginning, but it is a necessary step that I hope our country [took].”

Hersh Pareek, a sophomore at UW-Madison, argued that, no matter who wins this election, the two-party system limits the political choice necessary to make change for marginalized communities.

“I think voting is really important, especially for the 2020 election,” Pareek said. “But at the same time, I don’t want to pressure people of color or indigenous people to vote for Biden because I know both parties won’t be able to solve systemic racism. While I think voting is really important, I don’t think indigenous people and people of color should be obligated to vote under a two-party system that will always continue to oppress them.”

Bauer believes that the silent Republican “majority,” in Madison specifically, is due to the controversy surrounding President Trump as a candidate.

“The name calling, online bullying and being an outcast to your community, especially in minority ones, has created the silent Trump voter such as myself,” Bauer said. “I personally am an independent voter and would have supported a better Democratic nominee easily — such Andrew Yang — but I think Trump is the lesser evil from the two candidates. But I feel like I can’t post anything on social media about my political beliefs without being ‘canceled’, losing friends and ruining my social life just because I don’t support Biden.”

Yet, other students still believe since “polarizing issues” such as abortion and reproductive rights are on the line, students much consider those around them and think about the negative ramifications that surround their choice for president.

“This election is a battle between progress and suppression, of autonomy and support, versus disruption, chaos and lies,” said Brooke Wilczewski, a junior at UW-Madison. “While neither candidate is arguably a lot of people’s first choice, this coming candidate will determine who our nation is as a country for generations to come. It is important that we all take action and fight for all people. Even if such decisions don’t affect you personally, think about all of those in your inner circle that it does.”

What specific political issues swayed your vote in this election?

According to Mathew Mitnick, Associated Students of Madison Chair, this election is about more than choosing a new president: It’s about voting to combat climate change, defund and abolish the police, ensure affordable housing and democracy itself, amongst other issues.

“The current administration has shown that they don’t know how to uphold the freedoms that citizens are granted and abuse their power to better their own business,” said Ava Kaminski, current fellow for the Biden campaign in Madison. “They’re not for the people, they’re for themselves and 45 does not deserve to hold that seat anymore. People’s rights and livelihoods are up for grabs in this election, and I couldn’t just stand by and watch while we were fighting for our democracy.”

Bauer cited the left for creating the racial tension in our country, indicating democratic media outlets as the culprits.

“They are the people who would immediately report on every single shooting of a black person without knowing all of the facts which created the mob mentality of rioting,” Bauer said. “It was a month before it was shown that George Floyd was on enough fentanyl to kill an average person. Now this isn’t an excuse or saying that I or people who voted for Trump thought that his death was okay. But I didn’t want to jump to conclusions before I knew all the facts. The media these days don’t care about the facts but instead want to support this rioting and then blame it on Trump.”

Climate change and racial injustice are central for this election to Pareek and many others. Pareek said that a Biden White House will not solve systematic racism, but will put forth policies that aim to help minorities and underrepresented people.

“For me, this election is the harbinger to another civil war,” Bedford said. “From my lens as a 61-year-old, Black, father of five wonderful children, including four adults; a long-time family advocate, educator and activist, I see any illusion of a democracy in great peril.”

What changes do you hope to see in our democracy after this election?

Many students at UW-Madison were outraged by the suppressive voter laws in the state of Wisconsin, according to Mitnick. By having to obtain a separate, government-issued Voter ID, some students felt that their voices were being suppressed, causing many of them to fight harder for their voice to be heard.

“I would also like to see UW-Madison make a greater commitment to voting. ASM unanimously passed legislation to cancel synchronous classes on Election Day,” said Bedford. “This request has not been met. UW's failure to implement this proposal further serves as another voter suppression tactic. We need to make it as easy as possible for students to vote!"

Bedford also explained that the 2020 presidential election is a huge opportunity to expose systemic issues and change for the better.

“I believe that our whole political system has been flawed and broken since the birth of this nation,” Bedford said. “Since its inception, our political model was designed to keep mostly privileged white men in power, the same men that are puppets to the special interests that have polluted our political system with dirty money. This election will ignite the fuse that will blow away the false veneer that has hidden the hypocrisies that this nation was founded on.”

Bauer posed the question of minorities being the ones who have suffered the most at the hands of a democratic government.

“I think the real people who have suffered the most from the left are the minorities. Most cities have been under democratic control for decades, and those are where the real racial issues still are today,” Bauer said. “The right side is tired of all of the Democratic hate and empty promises. There have been more minorities to vote for Trump this year than his last election. That fact alone shows that the left’s false promises and constant bullying are starting to push people away, yet there is still a fear about letting it be known you don’t support the Democrats in this election.”

Professors here at UW-Madison have been incredibly vocal about the issue of political polarization in the United States. According to John Zumbrunnen, political science professor at UW-Madison, the country is currently in a time of intense partisan polarization and we have many important norms that have shaped U.S. politics overturned or ignored.

“The current state of the world is dependent on this upcoming election,” said Jonah Rubinitz, junior at UW-Madison. “I know there are a ton of young voters out there who think that their vote does not make a difference, when it's the most important demographic of the election. 2020 has been a terrible year for many people, and I hope that this election will change the state of the world for the better.”

Wisconsin Women in Government fight for a ‘seat at the table’ 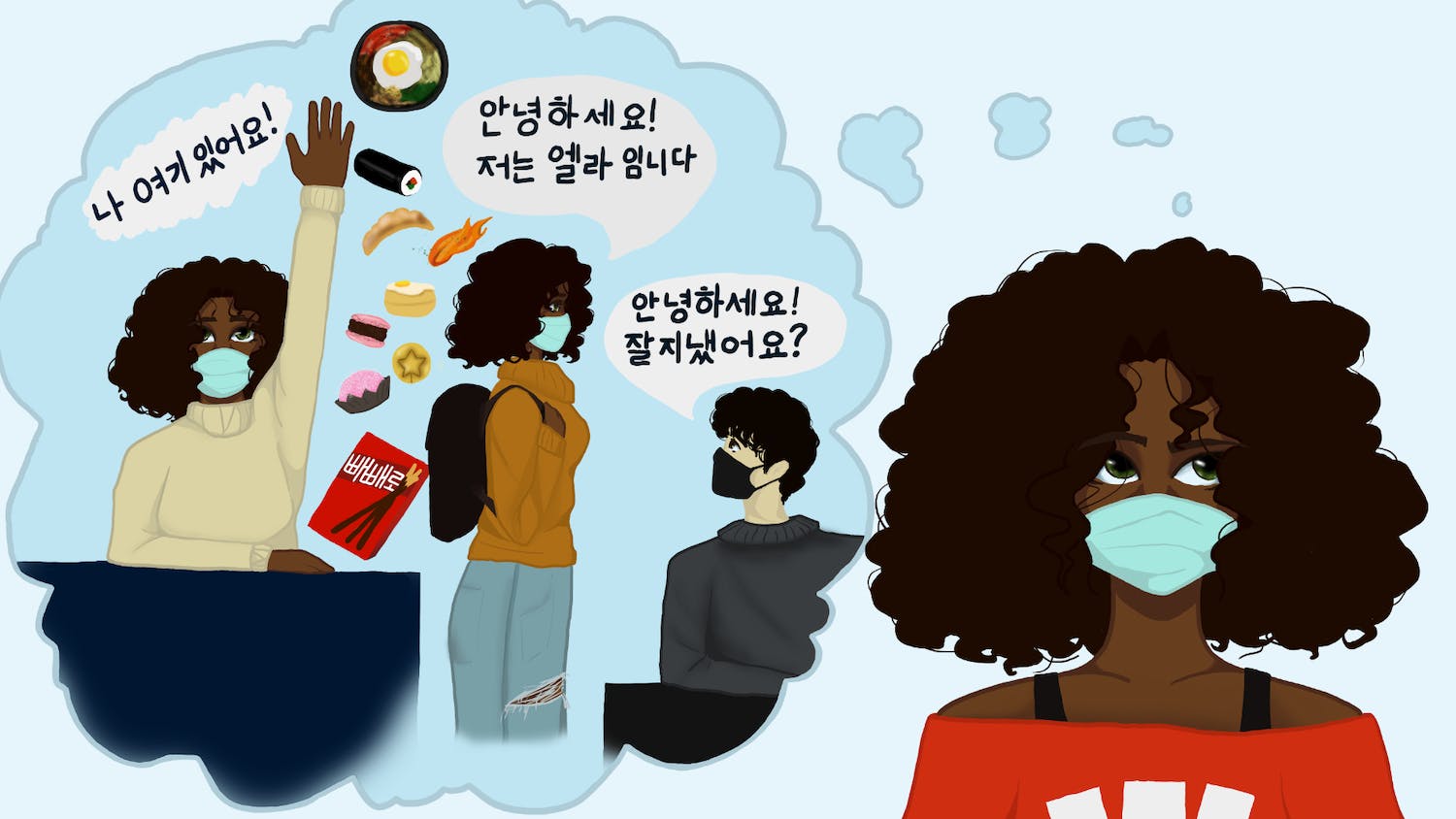 Abroad: Are we going? 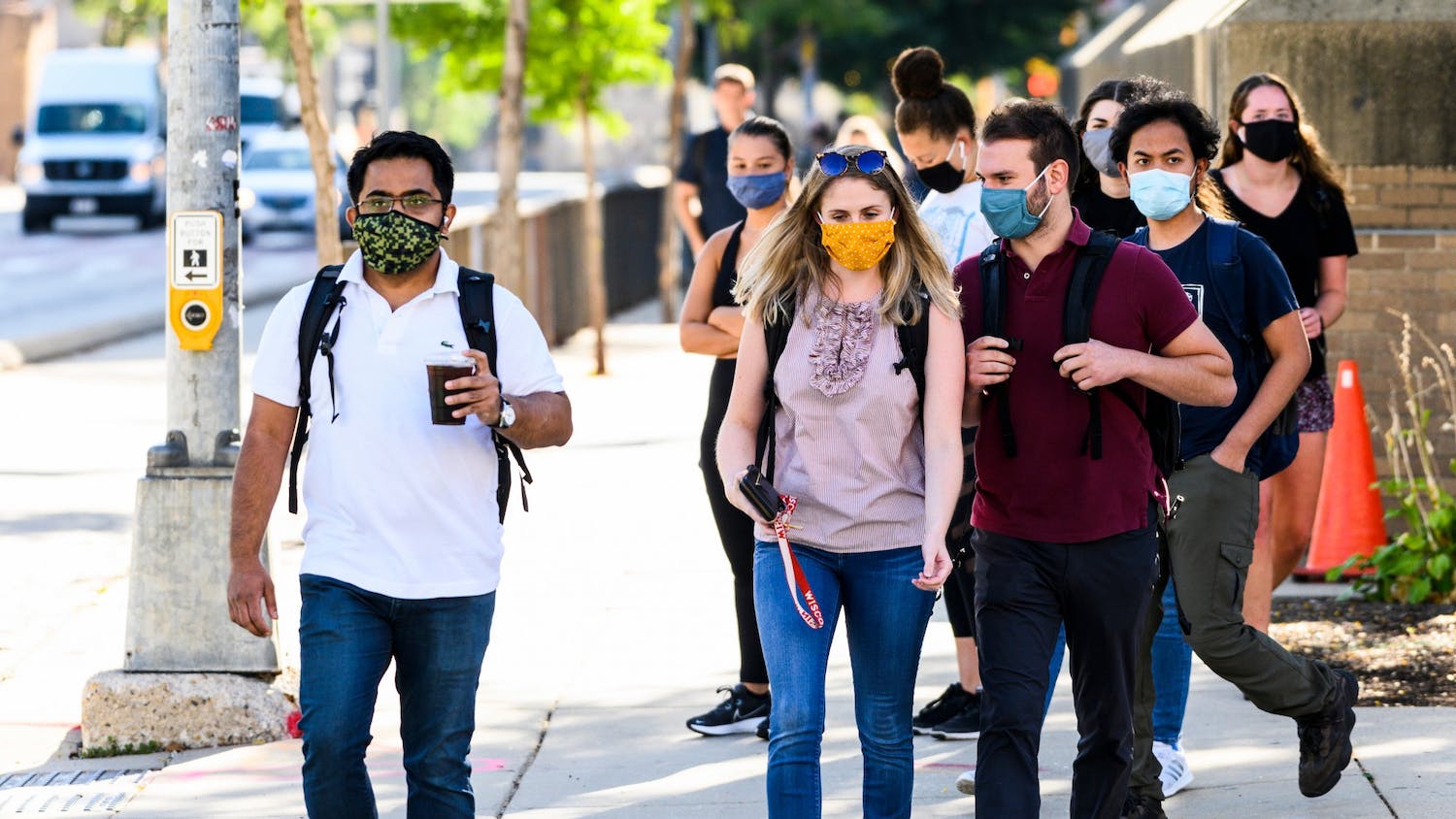 Student resilience shines through the pandemic