Teaching toward, around technology: Are screen bans good for students?

While the days of taking notes by hand may seem long forgotten, the practice is making a reappearance at UW-Madison, with lecture halls across campus implementing “screen bans.”

Today, the prevalence of technology is undeniable. In 2013, 99 percent of UW-Madison students used a laptop computer for personal use or schoolwork. In 2020, it’s nearly impossible to walk into a coffee shop without seeing dozens of personal devices — phones, tablets and, of course, laptops.

It’s easy to find research for and against technology in the classroom. A Harvard study examined both viewpoints: one side claims students are easily distracted and retain more information with mere pen and paper. The other maintains technology is a tool, not a hindrance.

It’s true humans are not wired to multitask well — we’re not even as good at it as we think we are, according to NPR. Technology during class is no exception.

But when you break down screen-ban arguments, what you find is mistrust of students and a sense of insecurity on the part of professors. At the forefront of concern is the ableist assumption that comes with expelling screens from learning environments, the Huffington Post reported.

Even on the UW-Madison campus, it’s a “hot button issue,” according to Mari Magler, Assistant Dean and Director of the McBurney Disability Resource Center.

“While we understand a lot about the reasons faculty are challenged by technology in some situations … there are legitimate reasons students use laptops or other technology in the classroom — and bans can negatively impact students with disabilities in particular,” Magler said.

There are various reasons a student might need technology to assist their learning, Magler explained. Some use it to address barriers to classroom content, to access material being shared visually, to take notes or to view real-time captioning of the instruction. Others use it as a form of participation.

No matter the purpose, when such a student is suddenly faced with a screen ban, they must make arrangements with their professor — sometimes even when the student already has formal accommodations from the university.

Magler acknowledged the legitimate concerns of faculty about students’ inattention. But she noted when an instructor with a laptop ban allows students with disabilities to use laptops, those individuals are then easily identifiable.

They may even opt to forgo accommodation that would allow them equal access to the classroom environment.

How language can enable accessibility

The biggest concern Magler hears from students typically involves the communication of the screen ban — happening in a way that leaves no room for conversation.

“If faculty has rigid language in the syllabi that says ‘No laptops, period. Here's the research that says they're bad. End of story,” students feel less comfortable approaching faculty to say “I have an accommodation letter, I actually need my laptop,’” Magler said. “Sometimes they'll just let it go because they won't feel like there's a door open for that conversation.”

Professor Ken Mayer has been teaching everything from big intro class lectures of 300 plus people to small seminars at UW-Madison since 1989 — and he’s a proponent of the screen ban.

“The evidence had become undeniable that laptops were a distraction, and few people could resist the temptation to go online,” Mayer said in an email. “If it were just a matter of a student doing the electronic equivalent of doodling, that would be fine. But it distracts everyone.”

He recalled a time ten years ago when a guest lecturer came to talk to one of his classes and from the back of the room, he could see every student with a laptop was online. Sometimes they're just playing a video game, but he’s also seen students watching movies in class, earbuds in and all.

Even so, Mayer worked with McBurney staff to come up with language in his course syllabus that accommodated students who need technology in class.

It reads: “I understand that some of you may have a legitimate educational reason to use a laptop to take notes. There are a variety of circumstances that can justify this, but rather than specify what those are I will leave it to your judgment. You get the final say on whether or not you have a legitimate reason.”

Mayer stated he likes to leave it up to students to decide what they need.

“The only requirement is that I ask them to meet with me to tell me their decision, though not the specific reasons,” he added.

A symptom of a larger problem?

Thomas Tobin, Area Director for the Distance Teaching & Learning program, falls on the opposite side of the polarized debate, in part because technology is his job.

Tobin works remotely for UW-Madison out of Pennsylvania. And it makes sense why —  he’s an expert on technology-enhanced education and universal design for learning. He “teaches teachers how to teach,” which is constantly changing because of technology.

Universal design — creating products or environments accessible to all people, regardless of age, disability or other factors — is on the rise in education. UW-Madison holds frequent Active Teaching Labs dedicated to the concept. And technology is key in considering how students best succeed, according to Tobin.

Digital learning doesn’t just mean taking notes with a laptop. It can also be writing notes on a piece of paper with a pen or quietly talking into a phone.

“There's a lot of different opportunities for people to stay engaged in more than one way, to take in information in more than one way. It’s not just listening to a lecture anymore,” Tobin said. “It feels weird that we would set aside classroom space that works differently than how you're going to be expected to work in your professional life.”

Because of this, thinking about screen bans in terms of “Should I do it?” or “Should I not do it?” is maybe the wrong question to ask, Tobin explained. Magler echoed a similar sentiment.

Blanket policies presented as “always” or “never” can be problematic, as the McBurney Center has a legal responsibility to consider each accommodation request individually.

Both imply all or nothing are the only choices.

Tobin was explicit that, in some settings —like a lecture hall — taking notes by hand can be an effective way to retain information because it forces summarization and distillation of instructor audio.

There’s a caveat, though.

“Good professors are not just lecturing for 50 minutes,” Tobin said. “They're asking people to get engaged. Teaching is a process that happens from one person to another one.”

Technology does have the ability to distract, not just the individual with a screen in front of them, but the people surrounding that individual. Tobin said that’s not necessarily a sign of irresponsible people in the classroom — it’s a sign the content and interactions happening are not engaging for everyone.

“Most instructors who are guarding the ivory tower are doing so because of a sense of loss of control, so they make everyone go through the same process, the same way at the same time,” Tobin said. “That’s the most ableist assumption there is, that the only people who can take part in this interaction are the ones who can do the thing the way I told you to.”

The trend of screen bans has trickled down from higher education into some K-12 classrooms.

Several schools across the state have 100 percent banned cellphones specifically for behavioral and academic reasons, according to Janice Mertes, Assistant Director of Teaching and Learning with the Wisconsin Department of Public Instruction’s Digital Learning Team.

“They're saying there's an increase in academic performance — I don't know if we can say it's just that,” Mertes said. “It's a local control decision, but the world is not going to change and schools do have a role to help educate students for life beyond high school.”

Local control decision means the choice to implement policies, like prohibiting devices, is determined district by district. In that sense, the DPI can’t do much to promote or halt technology bans.

While screen bans unite classroom or schools in a uniform policy, Mertes has focused her work on making sure technology itself is uniting populations through digital equity.

With increased technology, she stressed the importance of making sure it’s not creating a larger achievement gap from students not having equal access to devices, content, internet or digital literacy skills.

“The role of technology is to make sure it is used effectively. But also, in this information age, we have a great responsibility to make students citizens of this world as well,” Mertes said. “I think we're always going to continue to push what is evolving — we need to push what is equitable and what is quality to the personalized needs of each student.” 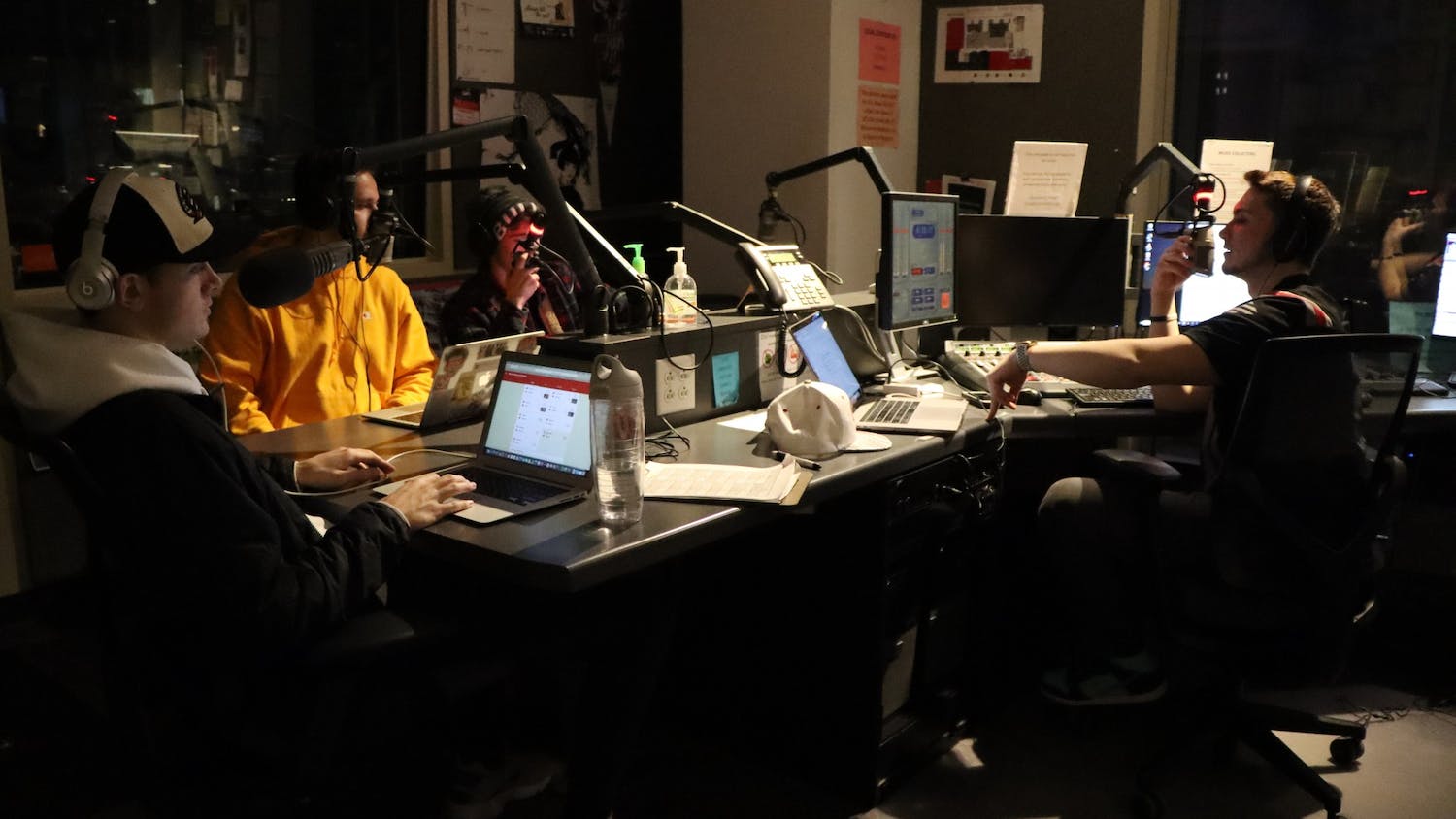 You're tuning in to Comm Arts 449: Sound Cultures: Podcasting and Music 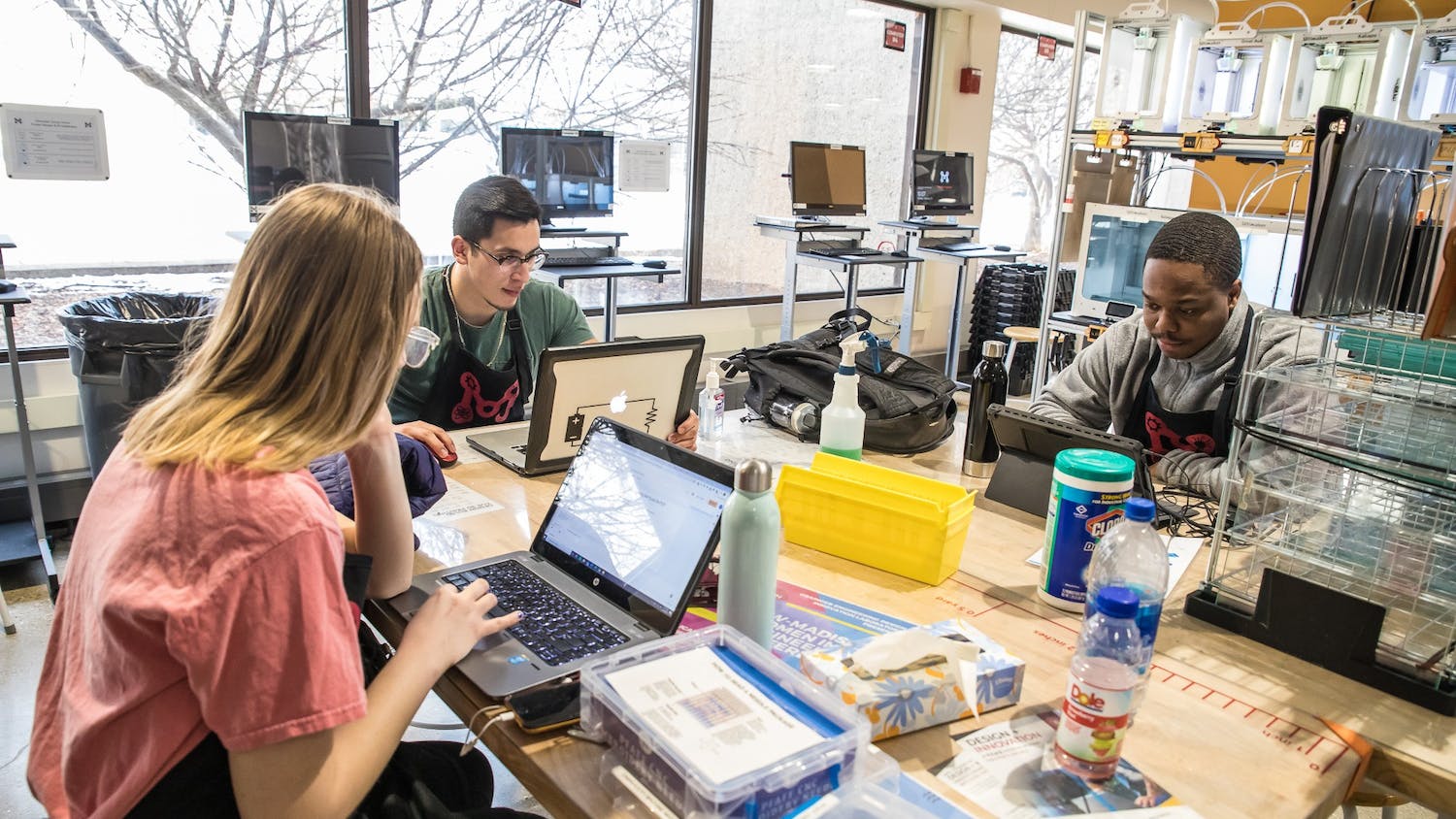