This most recent episode is an 80 minute battle that will have you on the edge of your seat while you wait to see if your favorite character will survive or die.

To sum up season eight, episode three of “Game of Thrones,” simply calling it one of the greatest pieces of work in entertainment history would be an underestimate. Not only is this the single most groundbreaking episode in the series or in television history, but it will transform entertainment for years to come, setting a new stage of drama.

This episode, titled “The Long Night” is unlike anything ever made in film and television history and is perfect in every single sense of the word. Directed by Miguel Sapochnik, who directed the show’s previous three best episodes (“Battle of the Bastards,” “Hardhome” and “The Winds of Winter”) we witnessed a powerhouse in filmmaking. An absolute nuclear bomb of an episode, the entire 82 minutes felt like a dramatic rollercoaster, the butterflies refusing to leave your stomach and your heart racing marathons.

This has been the defining moment in the series, and all of our remaining heroes have joined together to help save the world. We begin by following several characters preparing inside Winterfell in a creative tracking shot. In the field we have Jorah, Brienne, Jaime, Brienne, Podrick, Grey Worm, Sandor (the Hound), Tormund, Ed, Gendry and Samwell Tarly who fight alongside the Unsullied, Dothraki, Knights of the Vale, Wildlings and Northern forces.

In the crypts we have Sansa, Tyrion, Varys and Missandei protecting the women and children along with Gilly and baby Sam. Arya and Davos stand along the bannermen of Winterfell, and Davos commanding the archers.

In the beginning we finally get to see the return of Melisandre, who calmly approaches the living army on horseback. She ignites the “Arakh” sword of a Dothraki bloodrider in flames, which causes every single “Arakh” to ignite as well. The Dothraki charge into battle with Jorah and Ghost alongside, only for most to be killed offscreen as their weapons’ flames burn out in the distance as Jon and Daenerys watch from afar. Jorah and several bloodriders return back to the main army, only for the dead to charge and a chaotic fight to erupt.

Luckily, Daenerys and Jon fly Drogon and Rhaegal, disintegrating several undead wights. The fighting here is visually arresting, the kinetic action and superb editing rivaling anything the series has produced so far. We get rapid glimpses of each character fighting the wights as all of them nearly die several times. Eddison Tollett, the humorous Brother of the Night’s Watch, saves Sam before sadly being fatally stabbed in the back.

The army soon retreats back into Winterfell as the wights begin to overwhelm the soldiers. The castle is defended by a barrier of spikes that Melisandre ignites using a prayer to the Lord of Light. However, the Dead are soon able to get past the barrier and enter the castle. An array of fire and snow surround the castle from the snowstorm and rampant dragonfire. The orange backdrop was a stunning display that made the battle feel apocalyptic.

The remaining soldiers fight for their lives, including little Lyanna Mormont being grabbed and squashed by an undead giant before stabbing him in the eye with dragonglass. This death was rather insignificant for the overall story of the show, yet a perfect tribute to the youngest of house Mormont, for it showed her bravery before breaking the hearts of the audience.

Arya loses her weapon amidst the chaos and is chased throughout Winterfell and into the library by a horde of wights. This scene was a beautifully crafted divergence from the earth-shattering intensity occurring in battle, playing like a well-crafted and subtle heart-stopper form of a horror movie. Arya is nearly killed before being saved by Sandor Clegane and Beric Dondarrion, Clegane overcoming his fear of fire in battle to try and save his friend. Arya and the two warriors battle the Dead, and Beric is mortally wounded from various stab wounds. The three meet Melisandre inside of Winterfell after locking themselves safely inside. Beric Dondarrion sacrificed his life to save Arya and Sandor, two people he knows have a great purpose. His service to the Lord of Light brought him to his end, and after being resurrected by Thoros six times, he finally dies in peace.

Arya reunites with the Red Woman after last seeing her in season three when the Brotherhood Without Banners sold Gendry to her in order to extract his Baratheon blood as a sacrifice to the Lord of Light to help Stannis. Melisandre and Arya remember each other, asking her the common question from the show, “What do we say to the God of death?” Arya responds properly by stating, “Not today.”

Jon and Daenerys are brought down to the ground on their dragons after battling Viserion and the Night King, who Jon spots walking slowly towards the Godswood. Jon runs after the Night King, who distracts Jon by resurrecting the fallen soldiers who died in battle. Jon fights his way through the horde of new wights until Daenerys rides Drogon into his defense, burning them to ash.

Jon heads back into Winterfell which is now mostly destroyed thanks to Viserion burning it. Jon tries to kill the wounded dragon, struggling to get close enough to stab him, but is unable due to his powerful flame.

In the crypts, all the skeletons of the dead Starks are resurrected as the Night King lifted his arms, causing several hiding villagers to be brutally killed. Sansa and Tyrion hold each others hands as they hide, pulling out dragonglass daggers and bidding each other farewell through their terrified eyes as they jump into the fray.

Drogon is smothered by wights as Daenerys falls off and is nearly killed before Jorah Mormont fights to defend her life, the once disgraced knight fighting for the woman he loves and has served loyally from the very beginning of the show.

In the Godswood, we see Theon and the Ironborn shoot arrows tirelessly, killing as many wights as they can until Bran and Theon are the only two left. The Night King arrives with the White Walkers. Theon has

Bran, who morphed into a raven earlier so he could fly throughout the battle and witness what was occurring, tells Theon, “You’re a good man. Thank you.” In a heartbreaking and character-defining moment, Theon faces death in the eye, charging at the Night King with a spear before being stabbed in the chest and brought to death.

Theon Greyjoy was without question the single most underrated character in the entire show, and after sacking Winterfell and betraying the Starks in season two, was able to fully redeem himself throughout the series and slowly gain his confidence and character back. Theon went out as a brave hero and died for his true family, as heroic and honorable of a death as they come in “Game of Thrones.”

Jon continues to try and kill Viserion while escaping from his blue flames as the remaining soldiers slowly become overwhelmed by the Dead. The Night King slowly approaches Bran as a beautiful piano plays as we cut from the Godswood, Jon inside the courtyard in Winterfell, the battle and to Daenerys and Jorah outside the castle.

This sequence was an absolute powerhouse work of art. Not only is it edited and shot beautifully in a way to tie all the characters together, but it builds a thunderous anticipation. The Night King and Bran, two enemies who have long been in conflict with each other, stare each other down. The Night King reaches for his ice spear, but Arya leaps in to save her brother. The Night King grabs her by the throat, Arya nearly dropping her Valyrian Steel dagger before catching it and stabbing the Night King in the gut, causing every White Walker and wight to fall and disintegrate. The Great War is over.

As the remaining fighters recover in awe of their victory, Jorah Mormont sadly perishes from his wounds in Daenerys’ arms, leaving the Dragon Queen to sob in heartbreak. Jorah fulfilled his destiny as Theon did, making up for his past sins and fighting for those he loves. Jorah died a hero and fulfilled his destiny to protect his Khaleesi at any cost, his death tragic, yet fulfilling.

The Godswood sequence was not only tremendously gripping and artfully crafted, but was the show’s most defining moment. Arya Stark, the little girl who chased cats through King’s Landing and was brought into a brutal world that few could survive in, saves the world and defeats the dead once and for all, an absolute moment of triumph that will be talked about for decades.

Our last shot shows Melisandre slowly exiting Winterfell as the sun begins to rise. She removes her necklace, once again revealing her ancient age. She slowly crumbles to the ground, her body dissolving into dust as the Lord of Light takes her away. Davos watches in shock, the woman he once hated for burning Shireen he now oddly respects and understands. Melisandre has completed her destiny and served her lord well.

Not only did this episode live up to expectations and was exuberantly made, it paid tribute to the show’s long-awaited conflict, the battle between fire and ice. We saw so many characters from different paths band together to save the world from the story’s central threat and finally defeat it in a magnificent and large-scale sequence. It was beautifully executed and followed several different perspectives throughout one chaotic battle wonderfully.

Surprisingly, characters like Grey Worm, Podrick and Tormund survived. Tormund will likely stay north and not fight against Cersei, so he is most likely safe, yet Grey Worm will definitely perish in the final battle, and Podrick is in danger as well.

In terms of major revelations, there were endless theories about the Night King and who he was and what he wanted. Bran may reveal more this season, but after he revealed last episode that the Night King’s motives are to erase all memory of life and bring an endless darkness (a “Long Night”) to the world out of revenge for being created by the Children of the Forest, it’s clear what his motives were.

The Night King was created by the Children as a weapon against the First Men centuries ago. As a result of his creation and erasure of his humanity, he sought revenge on the entire world, aiming mainly for the Three-Eyed-Raven, the Beacon of Life and Savior of the World, which explains why Bran was his main target.

Up next, the remaining heroes will face off against Cersei and her army of the Golden Company in order to dethrone the evil queen and get revenge for abandoning them in the fight against the dead.

In a series that has created seemingly impossible things on screen, “The Long Night” stands out. A visual spectacle that got every beat pitch perfect and dazzled the screen with jaw-dropping cinematography, this episode stands out as the show’s best episode and one of the most amazing work in film or television history.

Dominic LeRose is a staff writer for the Daily Cardinal. To read more of his work, click here. 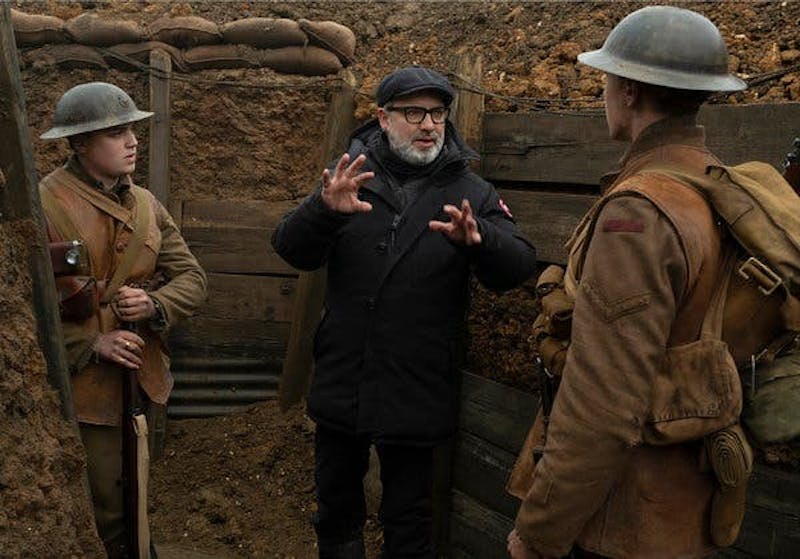 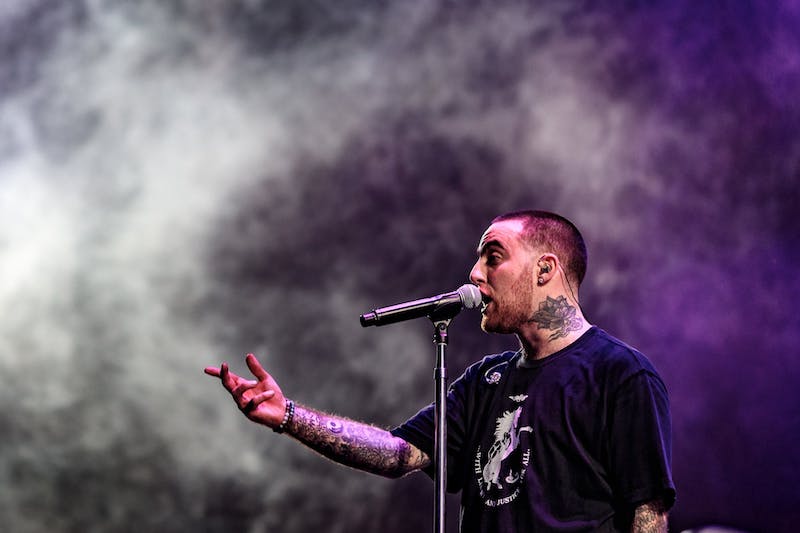 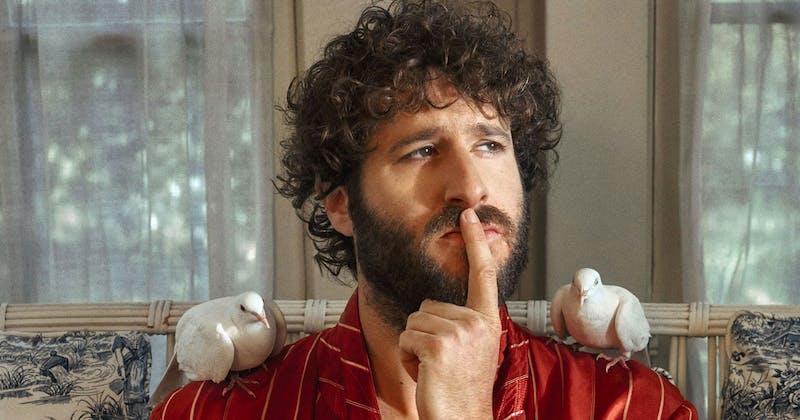