When Wisconsin fans and students filed into Camp Randall for the first time this season on Aug. 31, they were met with an unfamiliar sight: a rebranded student section, dubbed Area Red. Many were treated to new t-shirts and a shuttle system that ferried students from downtown to the stadium.

Perhaps the most important addition in terms of game-day experience, however, was the woman perched atop the student section: DJ Shawna. Though many remarked on the novelty of having a DJ at Badgers sporting events, hanging around Wisconsin games is hardly a new experience for the Milwaukee native.

In her first year in her role as DJ, MC and hype-woman for Wisconsin’s athletic department, the protean performer has already become a well-known campus figure. With football season concluded, Shawna has taken over an even more comfortable role, helping to conduct the entertainment experience at men’s and women’s basketball games. And although it’s only her first year on the university’s payroll, her history puts her right at home in the Kohl Center’s confines.

Shawna (whose full name is Shawna Nichols) had an illustrious high school basketball career for Pius XI in Milwaukee, where she won three state titles and was named the 2000 Gatorade Player of the Year for Wisconsin. Recruited by then-head coach Jane Albright, she played for Wisconsin from 2001-’03 before a series of head injuries cut her career short. She played professionally overseas for a time as well, but it was back in Milwaukee where she embarked on her current path.

Never much of a performer in her youth, she came to the party and club-centric industry of DJing through a paradoxical means: sobriety.

Following the conclusion of her career about a dozen years ago, she would hang out with friends at a local bar. Choosing not to drink, she felt her decision was inducing discomfort in others.

“People got uncomfortable when I didn’t have something in my hands,” Shawna said.

Rather than staying at home, she sought a way to hang out with people without feeling too much pressure. Her innovative solution?

“I literally just began playing with turntables,” she said of her first forays into her current career.

Soon enough, she was spending her Saturday nights at the same bar with friends while serving a different role. Befriending the DJ who normally played at the bar, she began to haul around “crates and crates of records” and was permitted to play the first hour of the evening when “nobody was there.” At the end of the night, she would drive her friends home with some spending money in her pocket.

While she left the state to get a master’s in communication at the University of Bellarmine in Louisville, she worked as a basketball trainer and a DJ on the side. Three years ago, she decided to transition into live entertaining at sporting events. Up until that point, she was performing at bars or clubs five or six nights a week, but the venues didn’t fulfill what she was looking for from the job.

Nicols decided to try open-format DJing for sporting events, a bold transition for a female DJ with limited experience looking to break into what might be the most male-dominated musical field. Of DJ Magazine’s top 100 DJs of 2018, just six are female, none of whom are in the top 25. DJing at sporting events wasn’t much different — when Shawna moved into sports, just one NBA team had ever employed a female DJ.

She got a toehold in with the Marquette women’s basketball team, an opportunity she credits in part to her credibility as an athlete before she took up music. From there her rise has been meteoric; from Marquette’s women’s team to the Milwaukee Bucks as one of the NBA’s first female DJs, she then provided live entertainment for the NCAA Women’s Final Four and worked events for the Milwaukee Brewers as well.

Her rapid success spread her name far and wide, gaining her high-profile twitter follows from Ellen Degeneres and even President Barack Obama.

“That had to have been an accident,” she said of the follow from the former president.

Last year, she received a call from the Wisconsin Athletic Department: They wanted her to come back to her roots.

“I couldn’t turn it down,” Nicols said. “To be able to be at a place that has such a special place in my heart, it’s pretty amazing.”

With her experience as a former player, Shawna believes she can better perform for fans at the Kohl Center and Camp Randall. Relying on a selection of songs that includes her staple, Whitney Houston’s “I Wanna Dance With Somebody,” she’s crafted her presence to foster an atmosphere that she would have appreciated in her own playing days.

“Music, when I played, was so important. So to be the person in charge of that is special and not something I take lightly,” she said.

With the full-court vision and quick thinking of a former point guard, Shawna can understand the flow of the game and work with a huge team behind the scenes to sense and respond to differing atmospheres. As she explains, this includes taking advantage of the “hot timeouts” taken in the middle of basketball games, which often attend big momentum swings.

Going beyond her role as an entertainer and archfan of the teams, she expresses pride in the men’s basketball team’s turnaround season and defends this year’s football performance; Shawna exerts herself to inspire and motivate others to pursue their dreams.

She’s taken on a role as assistant coach for the girls’ basketball team at Catholic Memorial High School, but she also uses her platform to encourage fans and colleagues of all stripes to reach for the stars. Her social media pages are full of expressions of support and thanks to all those who reach out to her, and she has taken it upon herself to provide them with a platform and an example to follow.

Her motto, “Dare to Be,” is one of her leading principles. Expressing unalloyed hopefulness, it befits someone who, having seen her athletic career cut short, decided to take an entirely different path. “When I was in grad school, I talked a lot about daring to be great, and I wanted ‘Dare to Be’ to be something to inspire people to be their absolute best selves,” she says.

Nicols has turned the motto into a brand, and also uses it as the name of a podcast in which she speaks with people in the music industry about their own work.

DJ Shawna’s winding journey to her current role has helped her become a great fit for her current role. Though she admits that “you can’t please everyone,” especially when it comes to entertaining tens of thousand of people, she stands as an example of someone who — in her own words — dared. And the player-turned-entertainer hopes that followers will take her advice to heart, no matter their own ambitions and goals. 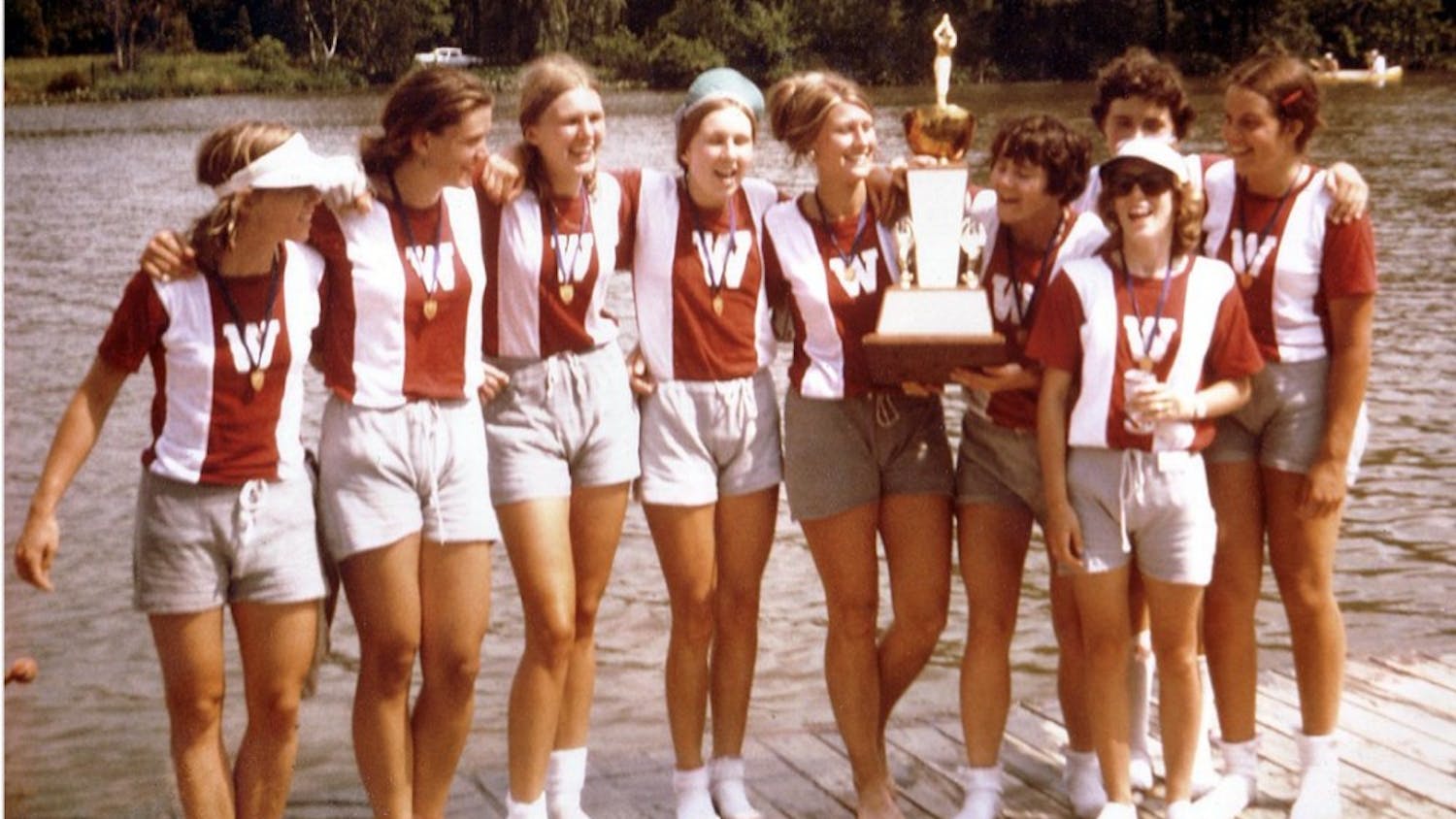 A history of women's sports at Wisconsin 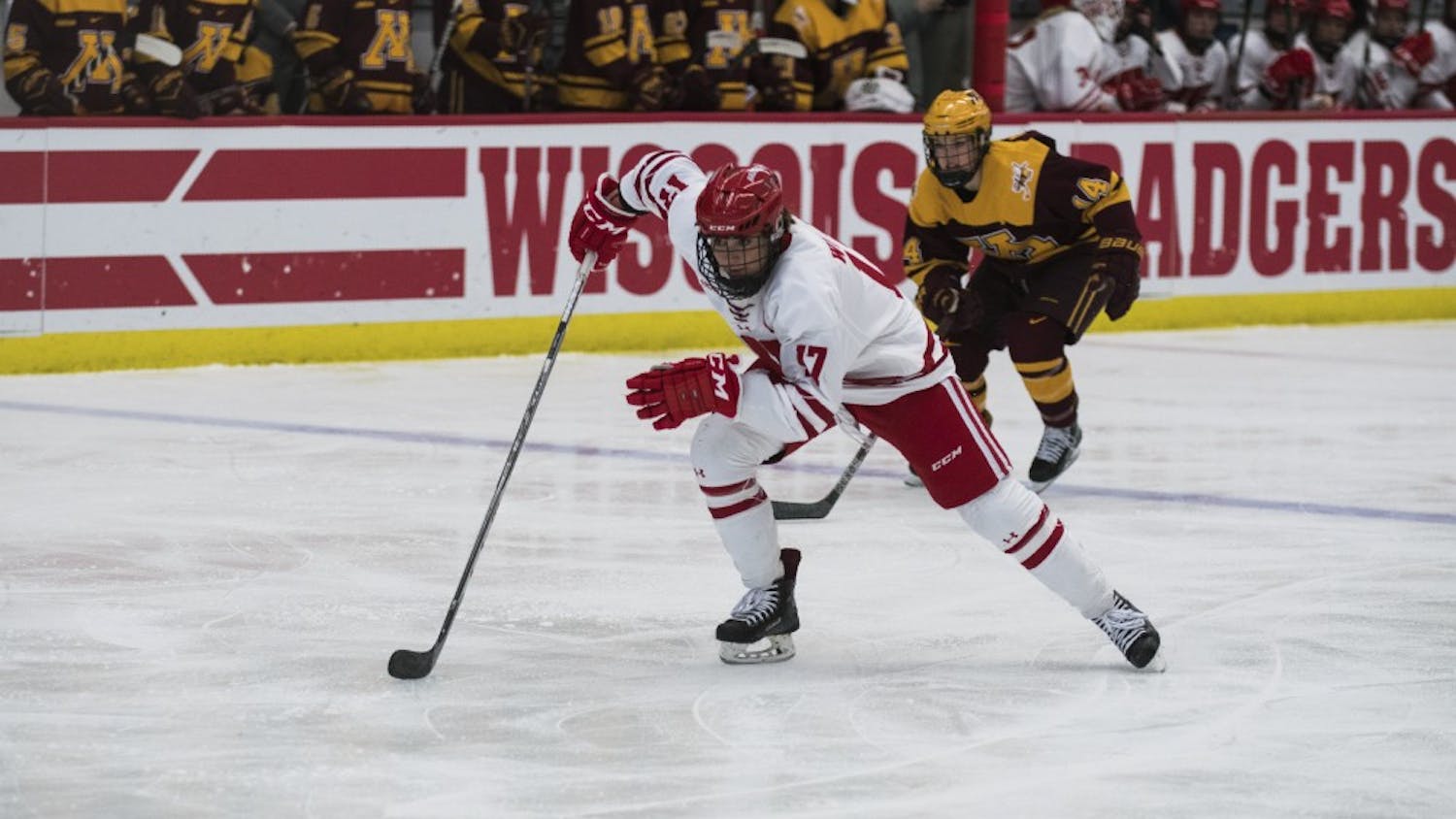 'Figure it out for yourself': Former Badgers face daily challenges in pursuit of pro careers