Record Routine: Youth Lagoon album feels like flipping through pages of a book

In the midst of a new wave of alternative sound comes Youth Lagoon’s new album, Savage Hills Ballroom. The indie artist behind the album, Trevor Powers of Boise, Idaho, crafts a virtually seamless soundtrack, one song flowing into the next like the chapters of a story. Separately, each track engenders a similar mood that teeters between melancholy and angst. However, the true value in this album becomes clear when listened to as a whole.

The first track, “Officer Telephone,” opens with slow-tempo synthetic beats reminiscent of Death Cab for Cutie’s alternative style. The tempo picks up dramatically in the second half of the song, transitioning into a more provoking tone, highlighted as Powers remarks, “We will be the faces of the future at last.” This rebellious beat flows into the next song, “Highway Patrol Stun Gun.” As a stand-alone track, “Highway” is arguably the best song on Savage Hills Ballroom. Although it opens with gritty electric undertones, the song as a whole is much more melancholy and nostalgic in nature. There is an undeniable sadness, conveyed in Powers’ voice as he sings “Forgive me, I have lost my way,” and even more so as he begs, “lift me from the dirt.” The repetitive piano notes provide a catchy consistency to the track that will make listeners both think and dance.

“No One Can Tell” progresses this anecdotal album further. The synthesizer introduction is an upbeat contrast to previous tracks, but this is not enough to mask the same provoking undertone. Lyrics like, “Can the world be abundant if there’s nothing left to eat?” get at the true intention of the song—to point out significant social problems. This theme escalates with “Rotten Human,” which opens with the question, “How are we supposed to know what’s real?” Powers, admirably, is unafraid to incorporate blunt lyrics that provoke these societal questions, remarking, “Take the pill and trust the doctor’s lie” to poke at our dependency on doctoral opinions. However, the accompanying music is ironically much less gritty than its message, with seamless vocals and subdued beats that appeal to the ear.

While the grittiness may have been missing from “Rotten Human,” the song “Again,” picks up the slack. As a stand-alone track, “Again” is hard to listen to because of the distorted and borderline disturbing snare and electric background beats. Powers’ vocals are also much choppier in comparison to his other songs. However, when listened to alongside the other tracks, the message of “Again” builds off of his other songs. The previous track, “Kerry,” references the societal problem of drug addiction in the lyrics, “fell in love with Kim and pills at the same time,” while “Again” seems to vocalize the consequences of this message when Powers sings, “You don’t pray for love but you pray for change.” This overarching story comes to its climax in the track, “Free Me,” in which Powers sings, “Holy wine, shield my head from the sun,” as though asking a divine power for reprieve from these problems. The steady, synthetic beat that accompanies this, however, falls a little flat in comparison to its lyrics.

Although the quality of the songs varies, the overall message that transitions from track to track within Savage Hills Ballroom more than makes up for it. 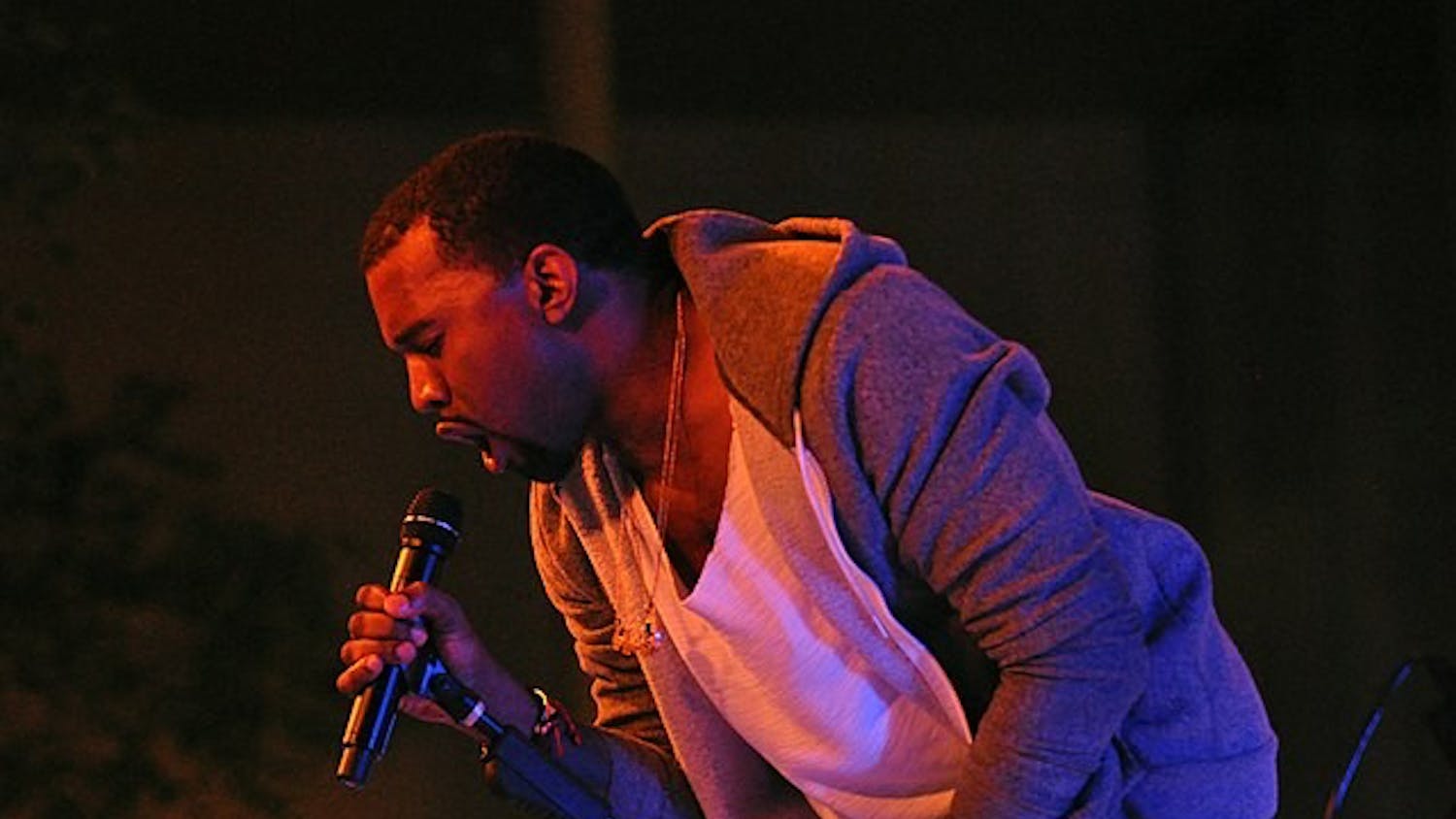 Cleanse your sins with ‘Donda’