Early in the first season of Amazon’s series “Transparent,” Maura Pfefferman, the show’s protagonist, discusses the revelation that she is trans with her daughter, Sarah. The scene is a touching moment of a parent-child interaction, in which Sarah asks why Maura is dressing up as a woman. Maura laughs, and responds, “No, honey, all my life I’ve been dressing up as a man.”

The first time I watched Jeffrey Tambor step into the role of Maura Pfefferman on “Transparent,” I was transfixed. Tambor acts circles around his family, including Judith Light, who skillfully plays his ex-wife, Shelly. But, after a year of reflection on my favorite show of 2014, and with the announcements of major movies with trans main characters, I had to ask myself why a trans woman wasn’t playing the role of Maura.

I’ve heard the argument that actors are meant to challenge themselves, and stepping out of your sexual orientation, gender identity or race can be a challenge. But this isn’t the 1940s. The acting community has expanded beyond the antiquated norm of only white leads and having people of color as either side characters or relegated to the background, and this goes too for LGBTQ characters.

In his defense for casting Elle Fanning to play a transgender teenage boy for “About Ray,” producer Peter Saraf said that Fanning threw herself into the role and the production team “had the confidence that she could carry the movie.” While Saraf emphatically endorsed hiring more trans actors, the decision to go ahead with a cisgender woman to play a transgender man stuck.

Am I excited to see the new “Stonewall” movie? Absolutely not. A movie which portrays one of the most seminal moments in the fight for LGBTQ rights as whitewashed, and without a trans actor playing the main (and, to my knowledge, only) trans character, is desecrating the intersectionality of the Stonewall Inn. It’s even worse knowing that a gay man, Roland Emmerich, is directing the film—then again, with his track record, LGBTQ film fans shouldn’t be surprised.

Eddie Redmayne looks to be going for back-to-back Oscar wins with his upcoming role as Lili Elbe in “The Danish Girl.” Elbe was the first trans woman to receive gender confirmation surgery, and Redmayne’s casting may be a buoy in the eyes of the production team to portray Elbe before and after her transition. But do I think a trans woman should play the role? Yes, even though I will give Redmayne some clemency and wait to judge the project until I actually see the movie.

Viola Davis, in her moving acceptance speech for Outstanding Lead Actress in a Drama Series at the 2015 Emmys, spoke on the need for inclusivity of more people of color in media. “You can’t win an Emmy for roles that are simply not there,” Davis said, and while this was in regards to the casting of women of color, the statement rings true for LGBTQ characters as well. There are roles for LGBTQ actors, but they are passed over to straight, cisgender actors. It’s not affirmative action to ask that casting directors should look at both cis and transgender actors for trans roles, it’s common sense.

Luckily, “Tangerine” is almost here. The story of two trans women of color in Los Angeles will feature two trans performers playing the roles of Sin-Dee and Alexandra. An official selection at the Sundance Film Festival this year, “Tangerine” has received broad critical acclaim for its emotional, honest and accurate portrayal of the two characters, and it’s the silver lining to a year of cis-washing in casting trans roles.

I wholly believe that actors should “challenge” themselves, but it’s 2015. Why pass a trans character to a cisgender actor, when there are countless trans men and women who could play that role? As a cisgender gay man, I want to see more LGBTQ characters in film and television, and I believe that LGBTQ actors should be included when looking for someone to play an LGBTQ character. I’m getting tired of having to reiterate that we’re not asking for the moon, we’re asking to portray people in our communities, but I will keep fighting and explaining why until this becomes a moot point.

There are trans women everywhere, even in Hollywood. Candis Cayne, Laverne Cox, Calpernia Addams and Lana Wachowski are only a few of the talented trans actors and directors that are in Hollywood now. It’s time for casting directors to think long and hard about trans characters; maybe a less-known trans actor could better portray a trans character, maybe not. But as we slowly march toward acceptance and protection of trans rights, Hollywood needs to clear its head, drink some tea and start casting trans actors to play trans roles.

Do you agree with Conor? Let him know at cmurphy5@wisc.edu. 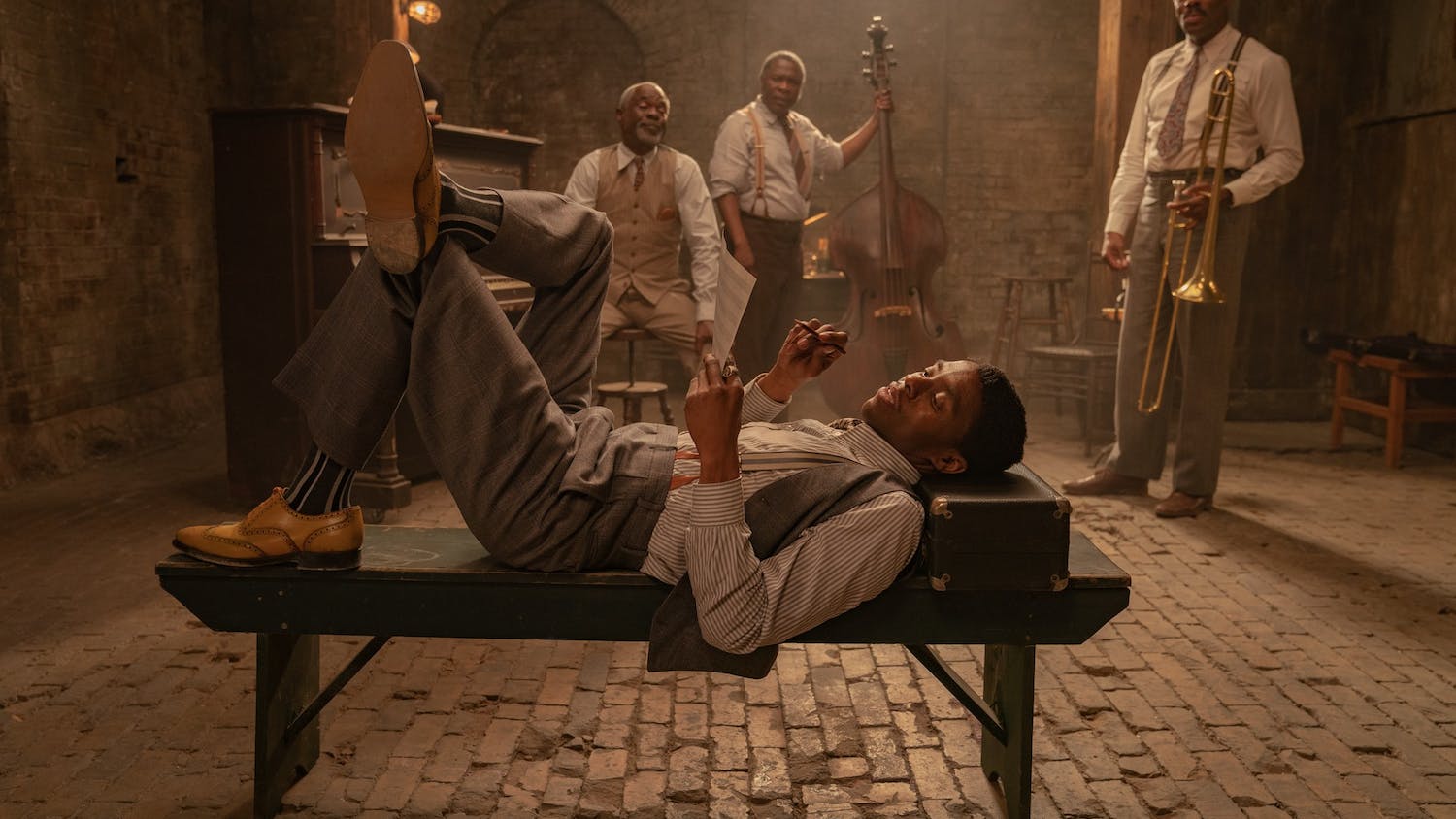