With the Bible in my coat pocket, I ambled up College Court, looking for the address McDaniels gave me. I always got thrown off by the rows of houses in how similar they looked. I still felt uneasy about meeting some former students along the way; I was ripe for skewering that night, between the professor’s death and the myriad of oddities pertaining to this case.

The block was loud already, reverberating like big grand timpani. It took a few tries, but I was able to find the house with relative ease.

When I saw what was at the door, my heart sank. He wasn’t so big a guy so as to make an effective bouncer, but all the plaid on him—plaid shirt, plaid pants, plaid bowtie—told me one thing: I was on the threshold of a theme party, and there would be no getting in unless I had some plaid.

In that moment, I had to think fast. Luckily, the world thought fast for me. Coming up the block was the most plaid-laden son of a gun I had ever seen in my entire life. Plaid shirt, plaid button up, plaid pants, plaid shoes, plaid scarf, plaid shuttershades, plaid top hat. He had even made a plaid cane using different kinds of neon color tape. He was waddling toward me like the world’s most ostentatious peacock.

In moments of desperation, I have been known to dole out a mean impersonation of a real time shamus, like the ones on real police forces. So I strode toward him, making a motion like I was about to pull out a badge.

He froze. I motioned for him to stand against a nearby wall. He complied.

“Son … do you have a license for all that plaid?”

“License for …” he fumbled in his wallet and eventually pulled out “his” driver’s license.

It didn’t take much deducing to determine it was fake. Firstly, it was from Maryland. Secondly, the address was for a street in De Pere, which doesn’t exist in Maryland. Thirdly, it gave his name as Derek Ulysses.

His eyes, behind the shutters, said he was already very drunk and becoming scared. “Llloook, o—oooficer.”

“Hey buddy, relax. I’m no bad guy here. Maybe we can work out a trade?”

It took a bit of wrangling, but I managed to score the top hat and the scarf. It would’ve been awkward to see the kid hanging around my periphery, but he had taken to vomiting in a nearby bush, so I scurried away and got past the bouncer. He complimented me on the hat.

Inside, the house was pretty hopping. They were playing some Arcade Fire; all the kids were dancing like they were in the Charlie Brown Christmas Special. “Alexander/ Our older brother/ Set out for/ a great adventure!” I waded through and found my way to the turntable where a girl was standing. Her red solo cup was empty.

“Look buddy, I’m not here for fun and games. I’m here to get something back. Now be a nice boy and—say, ain’t you a little old for this crowd?”

“Well what’re you here for?”

I pulled the bull crane out of my pocket. “I’m looking to find out what the hell this means.” That was the grogginess starting to speak.

She looked it over and then stared at me intensely. She was about to speak when her eyes darted right. “You’ll want to go,” she said, and ran off.

I was about to speak when some pipsqueak in a terrycloth plaid bathrobe pushed me. Plaid goons flanked him.

“Hey ‘shamus.’ My brother Derek was telling me some officer nicked his sweet hat and scarf outside.”

“Really? His name is Derek?”

“Heh. And I bet he’s also Ulysses. Well if he’s Ulysses then I’m Nobody.”

The pipsqueak was about to clock me (or try) when another goon ran in on us. “Boss! Vanessa made off with the spread.”

“Shit!” They ran for the sliding door. I ran with them and made for the street. Outis I, I thought.

The girl by the record player caught my arm as I circled the corner. She was hampered down in a big, downy tartan comforter, which made her look like some kind of pilgrim.

“What’s with the getup?”

“Long story, involving an ex and some weird sisters. But listen! I know someone who can help you.”

“Oh yeah?” I was getting real tired right about now.

“Yeah. Look, go to the Regent Apartments. Ask for ‘Das Schloss,’ but when you meet her, call her Karenina Montgomery. And thanks for the distraction!”

“That doesn’t help me at all,” I wanted to say, but she was already running past me, trailing the comforter while some plaid goons tumbled out the door. I made myself scarce.

Check back for the next installment of Terry Olivier after break.

Badgers fold to Maryland, set sights on final home game of the year 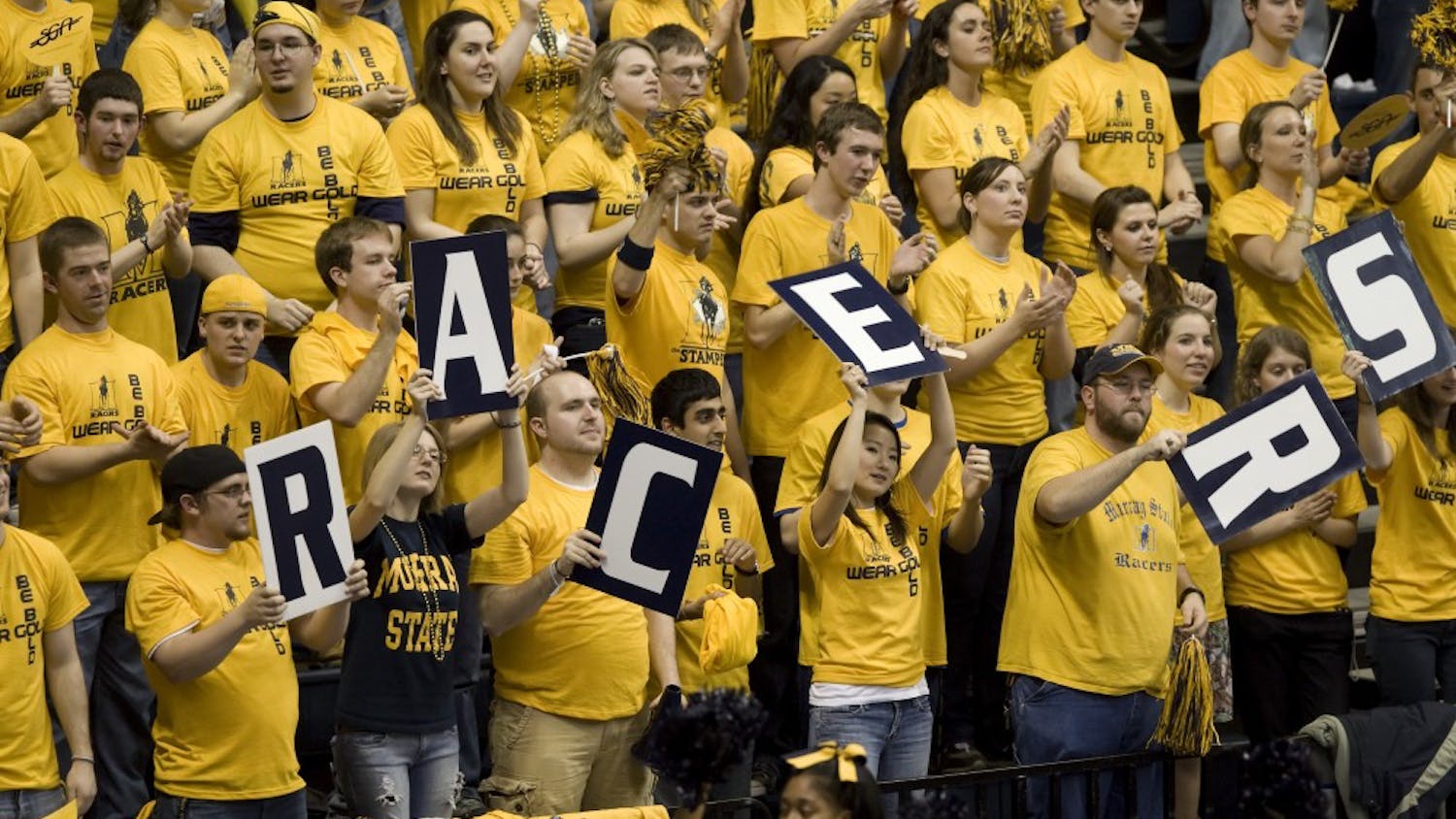 Giants will fall: which double-digit seeds are likely to pull off huge upsets 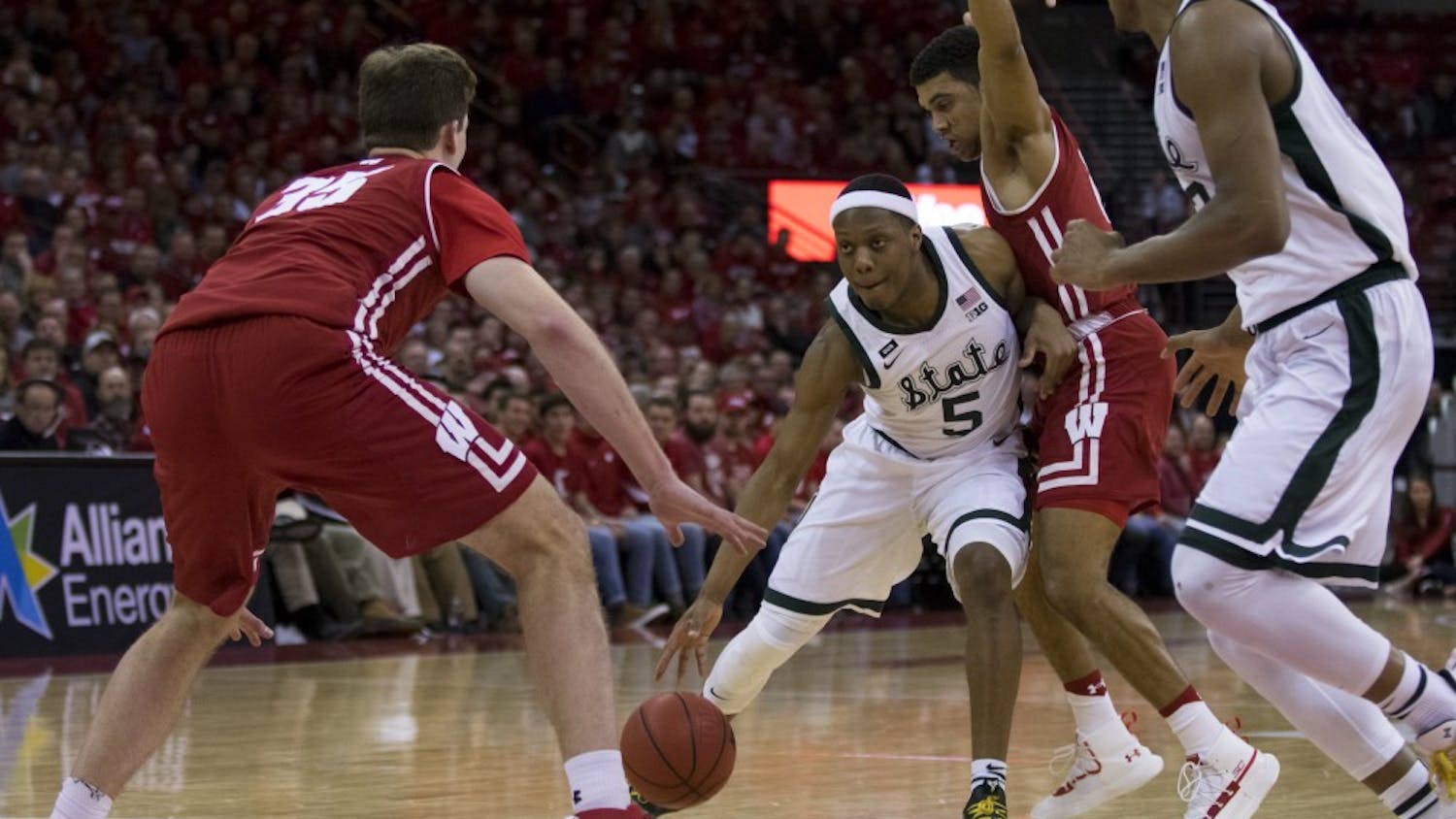