Art is the perfect Valentine for singles this holiday

Don’t listen to these other fools, the only true way to celebrate Valentine’s Day as a single is to assault your ears with the most heart-wrenching songs imaginable. The best part about a single musician’s Valentine’s Day is that you can be sad anywhere! Just plug in your headphones and you can longingly wonder how your ex-girlfriend has been doing on the go! Singles’ activities on Valentine’s Day can be paired with music like cheese to a fine wine.

I recommend pairing a lonesome nature walk with some thick, fuzzy shoegaze, something along the lines of “Loveless” by My Bloody Valentine. If you’re looking at pictures of that one time you and Nora baked cookies together (Nora, if you’re reading this, please come back we can make this work), I recommend some crisp Midwestern emo along the lines of American Football and their self-titled LP. It’s gonna be a lonely V-Day, so why don’t you plug in those noise-canceling headphones so you can stop pestering all those happy people in relationships?

Single on Valentine’s Day? Not to worry! I know a very special someone who would be more than willing to get to know you better (like, romantically). Its name is Netflix, and I think you two are going to get along great.

Feeling the futility of love? Try “Luther,” Idris Elba’s BBC drama about a detective who very much feels that futility (and solves crimes to boot!). But maybe that’s not quite enough. You really want romantically entangled people to suck it. Well, your new lover Netflix has you there too. Watch “Broadchurch,” a show about how horrible it is to fall in love and have kids and then live through the murder of your youngest child.

If that grim description didn’t turn you on, then you should probably just watch something happier. Like “Chuck” or “Friends” or something. You know, one of those shows where people like and trust each other. Just make sure you treat Netflix right—it’s a friend of mine.

On Feb. 14, as I finish an extra-large black olive and extra cheese pizza, they will be penetrating my friends’ Facebook inboxes much to their dismay. Then for my own entertainment and emotional destruction I will be watching YouTube videos of the most elaborate and beautiful proposals and sobbing into said pizza as I realize just how forever alone I actually am.

Although I will be alone on Hallmark’s holiday, at least the Internet will be there to comfort me with Netflix, semi-inappropriate e-cards and Lifetime movies.

Valentine’s Day is a hop, skip and a jump away, and I honestly don’t care this year. Friends of mine lambast it as a capitalistic ploy for greeting card companies, while others think it’s a day for couples to prance around and show off that they’ve found a person with whom to have sex. For me as a gay man, it’s less about what other people, or scary corporations, are doing, but how I currently feel in the gay dating “scene.”

“Modern Family” is—stereotypes aside—a fantastic example of a married gay couple and their relationships with family, friends and their children. But, I’m not going to hop on Grindr and find a man who will become a perfect husband. Then there’s “Looking,” HBO’s “Girls” for gays—they even share the lack of minority main characters! “Looking” tells me it’s okay to be in messy, complicated relationships, but then, in the season two promo, the show seemed to be promoting a “choice” for the main character between two men. We must have monogamy, the show says, but not without drama!

Where’s the happy medium? These two shows aren’t alone, and they’re telling gay men they must either find a husband and settle down or screw whoever they want and then find someone for a long-term relationship. If I want to see relationships that reflect how I’m currently living, I’m going to turn to “Broad City,” where the main characters have varied sexual experiences that are new and fresh for themselves. Gay media—at least what I’ve been exposed to—needs to break away from the heteronormativity of long-term relationships. Otherwise, it will cease to reflect the men to which they’re marketing.

All I know for this weekend is I’m going to marathon “Broad City” while spending time with the two men that really matter in my life: Ben & Jerry. 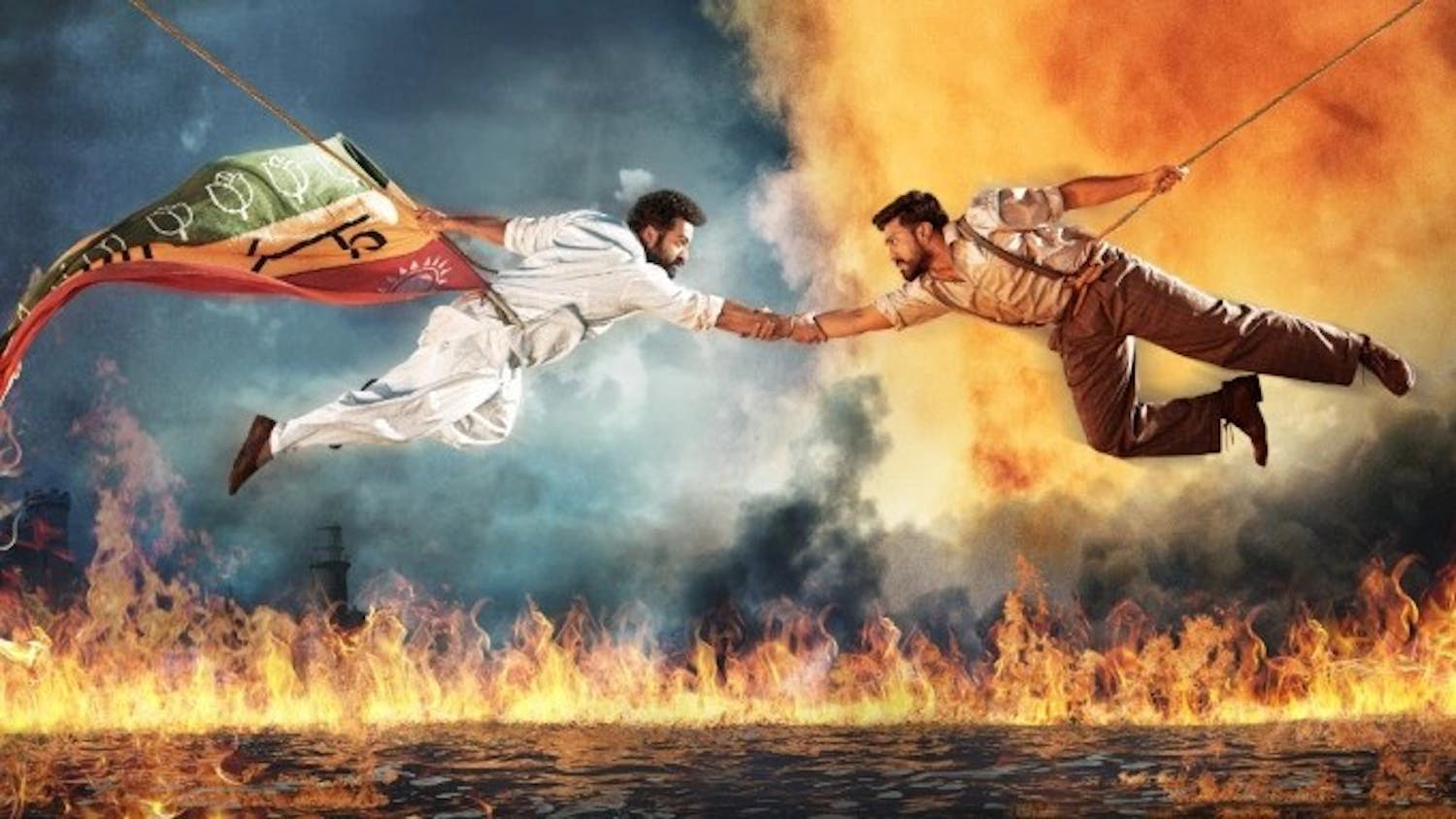 RRR: The biggest, most amazing movie you haven’t heard of