Daylight saving time returned this weekend to remind you how useless it is. I did some research, and it turns out Ben Franklin came up with the idea, thinking extending the daylight hours would increase productivity. Ben Franklin also didn’t have a phone on which he could play unlimited games of Temple Run. Stick to flying your kite, Benny Boy, and quit messing with our clocks.

Movie from your childhood that still kicks ass

“Rookie of the Year” (1993)—I don’t care what medical science tells me; I will always believe that you can break your arm, have your tendons heal too tightly and be able to throw 95 miles per hour, then get signed by the Cubs and lead them to the World Series. In hindsight, there were probably too many sports films in the ’90s that had kids or animals dominating at sports, giving 8-year-olds like me delusional dreams about their future sports careers. The first organized sport I played was flag football. The coaches put me at offensive line, which sucked because I never got to touch the ball. There is no glory in playing in the trenches. I just wanted to catch touchdown passes like Air Bud.

I routinely walk by the DoubleTree Hotel on my way to class, and some mornings the building emits a cloud of steam onto the sidewalk. (Or is it a cloud of condensation? Evaporation? This explains why I got a BC in Weather & Climate.) Anyway, does it ever feel awesome to walk through a cloud of steam! I like to imagine myself walking out of the tunnel of steam at the Super Bowl while a raucous crowd chants my name. So euphoric. Then, 10 seconds later, I realize I’m just another dipshit college kid headed to a mindless power lecture. School is a cruel, soulless jerk that will kill all your magnificent daydreams.

First-World Hate of the week

This week’s hate is reserved for beer commercials, all of which seem to be governed by some stupid bro-macho creed. These commercials are so goddamn insufferable. Corona had one that aired all the time during the NFL season. In the commercial, a guy dressed in a nice suit joins his group at a table, presumably coming from an interview. His group asks, “Oh, how’d it go?” He pauses dramatically and responds, “CRUSHED IT.” It didn’t just go well; he like, SLAYED IT. Just fucking slaughtered it, bro. And now he’s going to pound five Coronas and get a blowjob in the bathroom because he’s living it up, while you’re sitting there with a Mike’s Hard and your thumb up your ass because you’re not as awesome as he is. This is what the creatives at MillerCoors and Budweiser think appeals to you, the American beer consumer. God, somebody needs to CRUSH them. Bro.

Song that will make you wet your pants with excitement

“Message in a Bottle” (The Police, 1979)—If you don’t like this song, you probably have an actual life and didn’t spend an unhealthy number of your teenage years playing “Guitar Hero II.” But for those of us who don’t have lives, does “Message in a Bottle” ever evoke sweet memories! The song has seen its popularity surge recently for the comparisons it has drawn to Bruno Mars’ hit song, “Locked Out of Heaven,” as both songs have new-wave and reggae influence. (Full disclosure: I think Bruno Mars is a urinal mint and his lyrics are ass. I realize this is somewhat hypocritical considering The Police have a song called “De Do Do Do, De Da Da Da,” but I stand by my convictions.) I can’t tell you how disappointed I was when Sting sang “Locked Out of Heaven” with Bruno Mars at the Grammys. It was like watching Daniel Day-Lewis make a cameo in an Adam Sandler film.

Unedited moronic Facebook status from a kid from my high school

“Im a proud NRA Member and Im against anybody who is pro gun ban. so if you have a problem with that, why don’t you burn in hell cause i sure as hell won’t use my gun to protect you. have a nice day you bastard”

Wait, how would your gun protect me from the third-degree burns I’m getting from Satan anyway? Is your gun a Super Soaker?

Email Adam your thoughts on the DoubleTree steam at ajwolf2@wisc.edu. 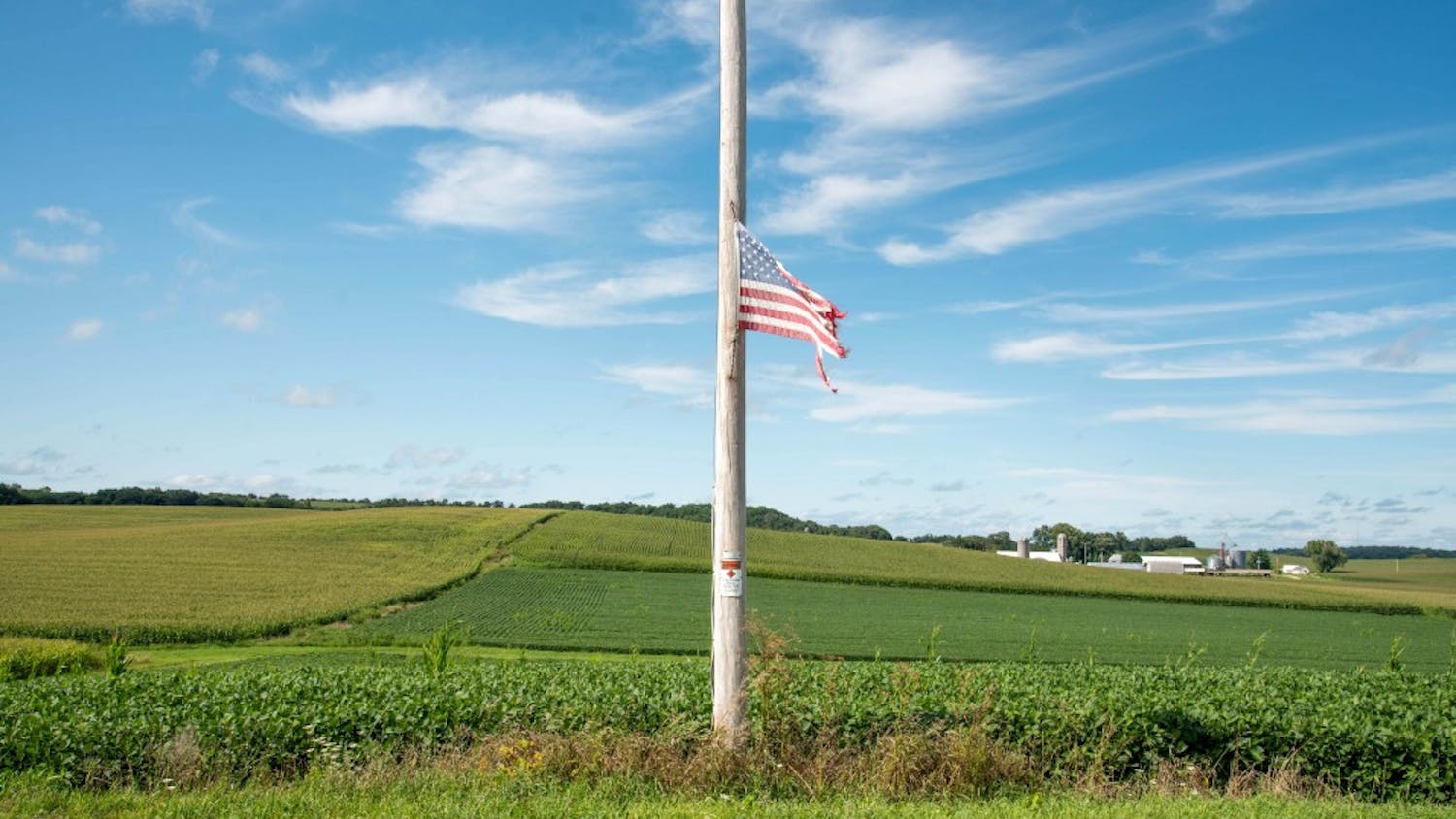 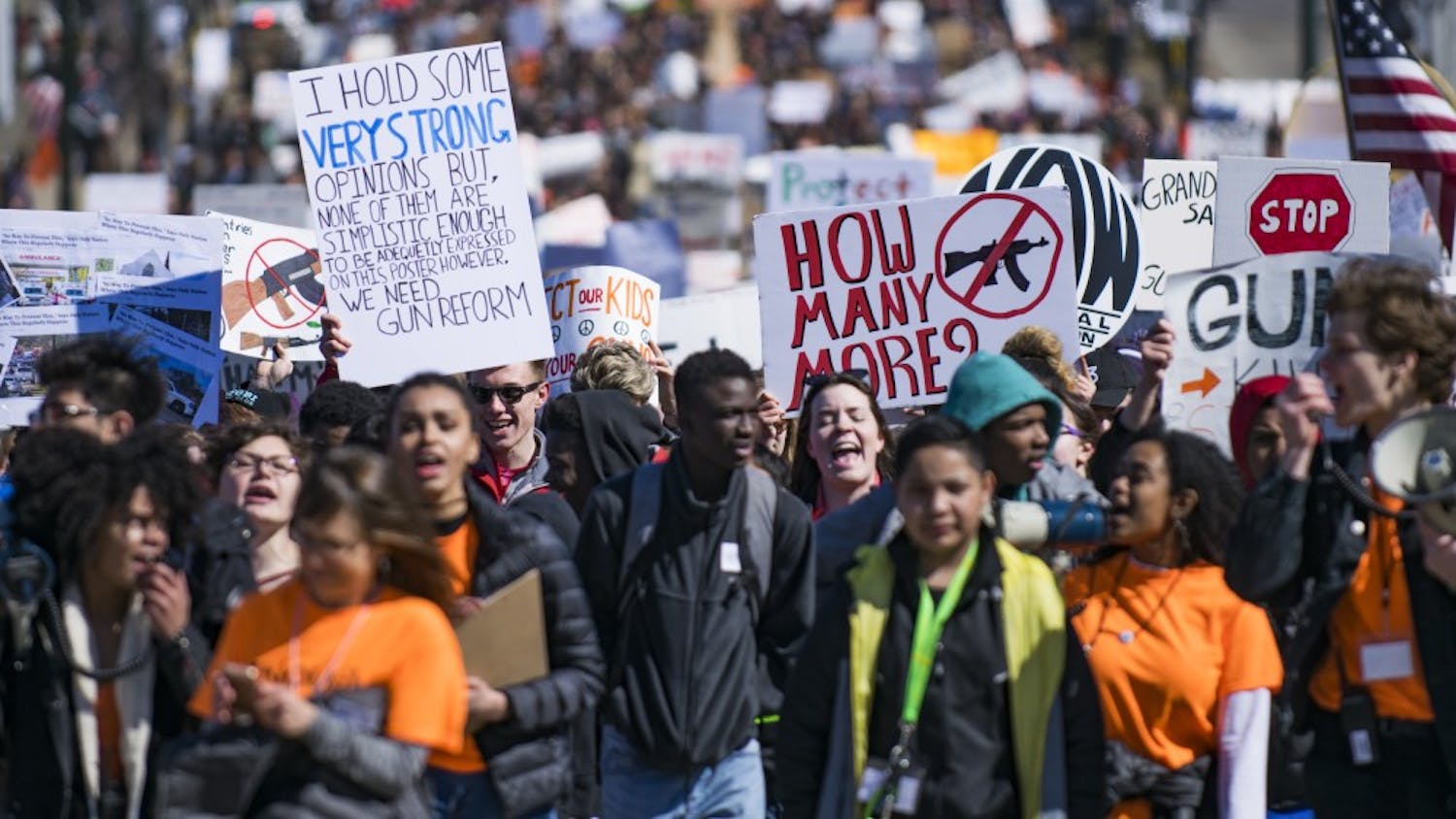 Since Parkland: How the gun control debate has changed in Madison 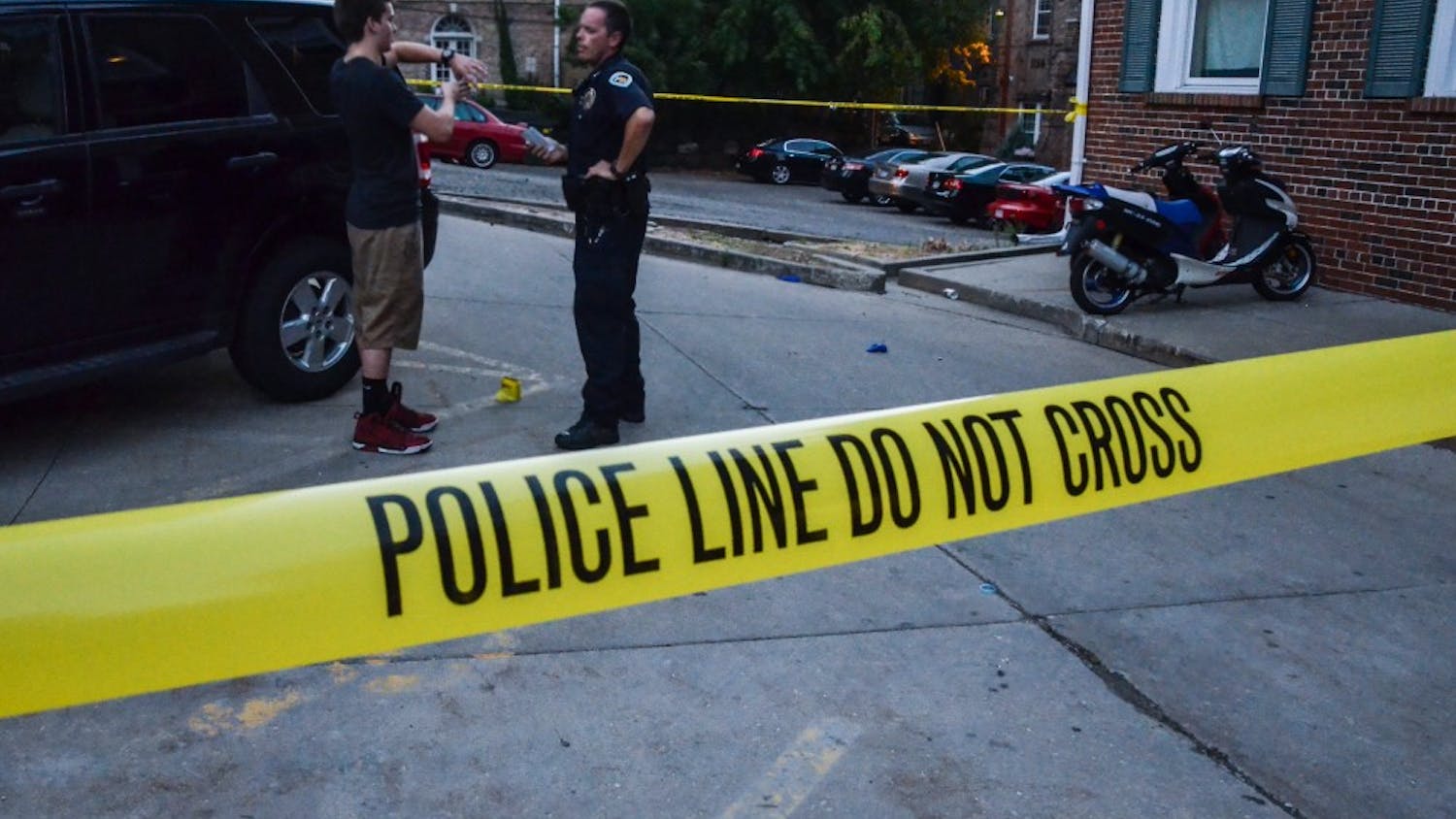